This needle case, also called a kakpik or needle house, was collected in 1916 in the Chesterfield Inlet area of Nunavut. Photo courtesy of the Canadian Museum of History, IV-C-1265 a-b, D2005-06189

Hanging from a pendant on her amauti (parka), the kakpik carries memories of one woman’s defining moments, such as when soot-blackened sinew, threaded through a bird-bone needle, was pulled through the skin on her chin, leaving the intricate lines of a facial tattoo. The woman relied on her needles and case for more pedestrian tasks, too: stitching skin and fur clothes for her family, using the regularly spaced pattern on the kakpik as a measurement aid. As everyday as the task was, it was vital that she master the skills—oversized needle holes or gaps in the stitching could mean frostbite or hypothermia for the wearer.

“Needles are a very important factor in the survival and perseverance of my people,” says Inuit needle-case expert Krista Zawadski. “Without the needle—and needle case—we would not have the warm clothing necessary to live and thrive in the Arctic.” She reports that bird-bone needles were often preferred over those made of caribou bone or ivory because they were more flexible and less prone to breakage. After contact, metal needles manufactured in Europe became highly valued.

Fitted into the end of the ivory or bone needle case, like a plug, is the thimble. “Inuit today still use leather thimbles, including myself,” says Zawadski. “There was … usually [other] paraphernalia associated with the needle case, most notably the ‘sole creaser,’ awl, sinew, and sinew holder.” The sole creaser was an ivory tool roughly the shape of a tongue depressor that was used to gather, pleat, and smooth the toe and heel of a sole while it was being sewn to the rest of the boot. 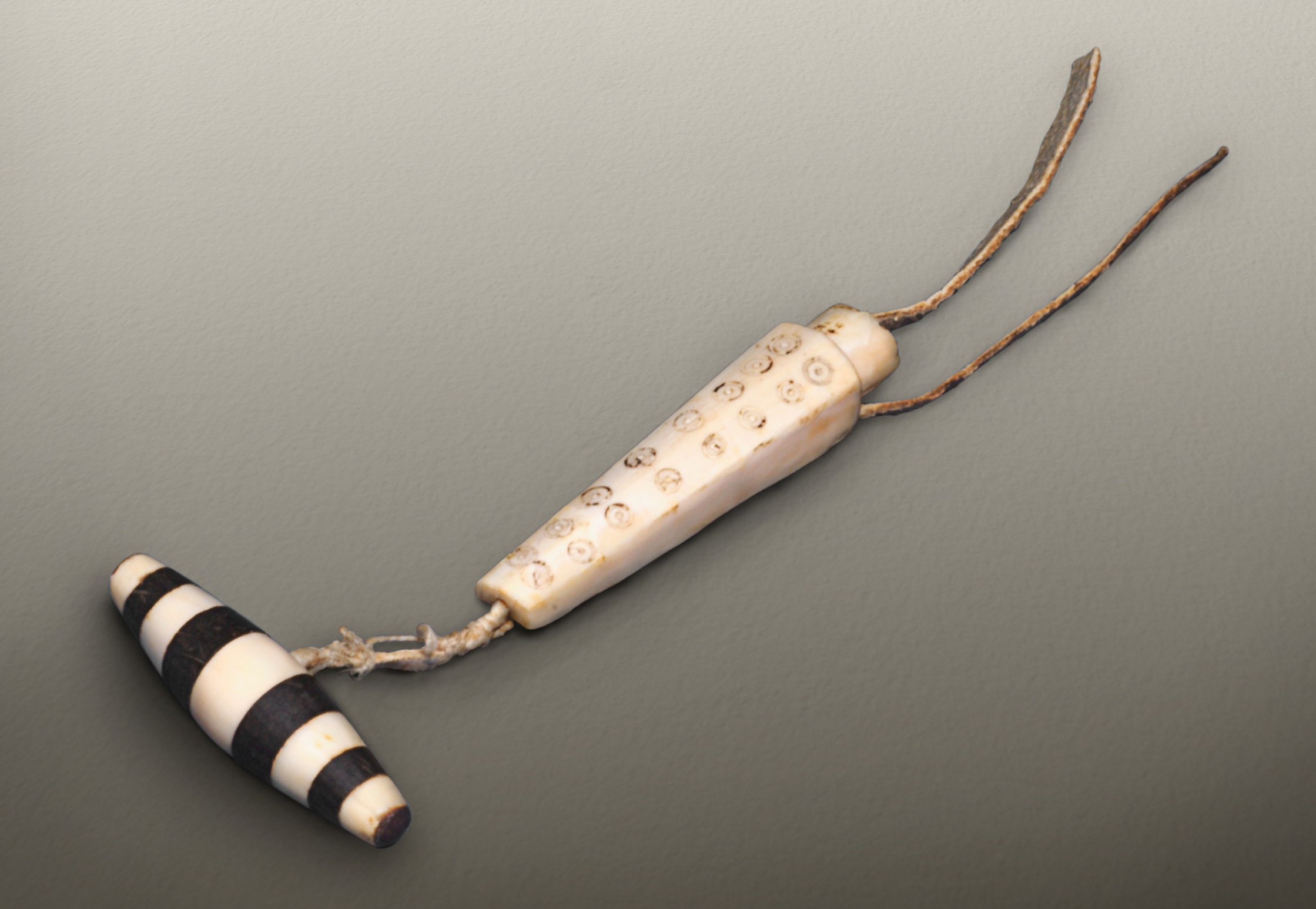 Designs on the outside of needle cases varied widely from place to place and tended to correlate with tattoo designs found in those areas. The circle-and-dot motif shown on this needle case, for example, was primarily Yup’ik and represented movement between spiritual worlds, such as along the pathway between the living and the dead.

Men also carried needle cases in order to make short-term repairs while away on hunting trips.

Needles and needle cases rank alongside harpoon heads in their importance to Inuit material culture, but the focus of archeological efforts often has been on tools used by men. As young Inuit researchers with traditional knowledge take their places on dig sites, they can help rectify these oversights and return needle cases and associated tools to their rightful place in history.