Humans are obsessed with status and we’re always finding ways to advertise it. In the 1600s and 1700s, the British Empire was heavily aware of “social rank.” If your neighbor had a castle, you got a bigger castle. He got fountains? Well, you got a toilet—that flushed. Everyone touted their rank, and merchant ship captains on the tiny Caribbean island of La Tortuga were no different.

The rigors of life at sea blurred class differences—so important back home—between socially elite captains and working-class crews. So the captains needed to find ways to peacefully reassert their status whenever they put into port. Usually this meant heading to a tavern to drink and relax while their crews worked. But on desolate, mosquito-ridden La Tortuga—60 kilometers off the coast of Venezuela, where natural salt pans drew 60-odd merchant ships a year to harvest salt for the New England cod fishery—the captains faced a problem: no tavern. How would they distinguish themselves from the crew members laboring away in the salt pans subtly enough to avoid mutiny?

Konrad Antczak, a historical archaeologist and PhD candidate at the College of William and Mary in Williamsburg, Virginia, thinks the captains solved this sociological dilemma by creating an impromptu “tavern” on one small beach, Punta Salinas. The captains had no barmaids, tables, or privies, but they did have something portable that established their upper-class cred: personal punch bowls. Punch, an alcoholic mélange of five ingredients adopted from India by the British, was a popular drink among upper classes and sailors alike. Any self-respecting sea captain had his own elaborately decorated bowl from which to drink it, showing how wealthy and en vogue he was. 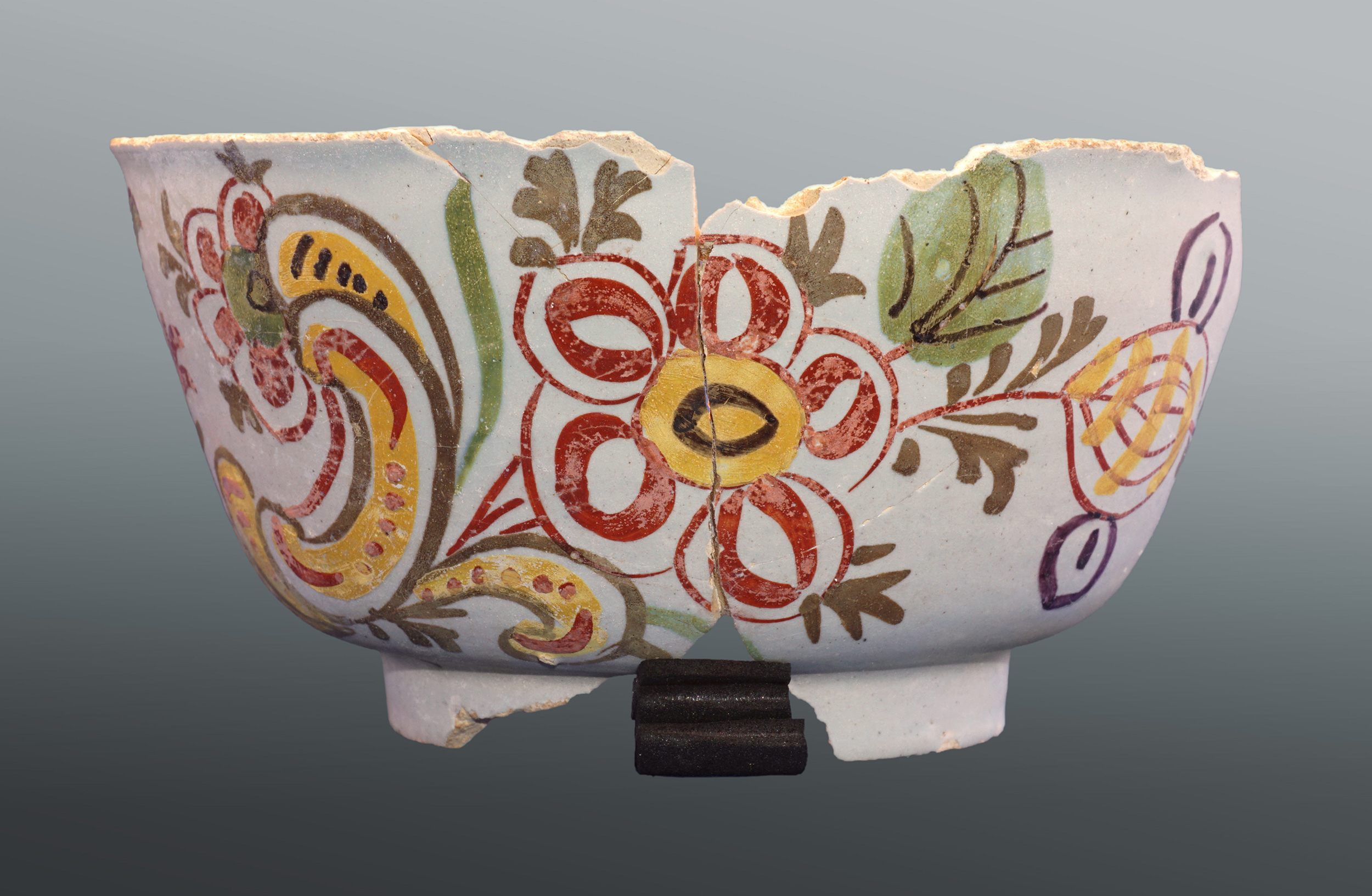 Antczak has excavated Punta Salinas and found the remains of about 140 punch bowls like the one pictured here, an English delft polychrome bowl dating to 1730–1760. About half of these bowls are from one small area, which Antczak has dubbed the “Dunes.” He hypothesizes that this was where the captains congregated on the beach to knock back a few, using the quality and style of their bowls to not so subtly one up each other. Particular styles—such as creamware or English delftware—tended to date to particular time periods, suggesting captains followed trends.

The working-class sailors likely took their own punch breaks between shifts in the salt pans, Antczak says. “And they would have been gathered by these little campfires that I’ve found, adjacent to where the captains would always be sitting.” The captains themselves may have distributed the punch; every sea captain knew the importance of the daily tot for keeping the crew’s goodwill.

In other words, the Punta Salinas “tavern” helped a small group strike a balance in labor relations. It served the same purpose as a real tavern: alcohol was a social lubricant for all, but the captains sat apart, rubbing shoulders and quaffing from fancy vessels at the VIP table.