Captain Morgan, a 17th-century privateer in Jamaica, is one of many real-life sailors whose likeness has been borrowed by brands. Photo by Tim Bishop/Photoshot/Newscom

In the 19th century, the growth of modern advertisements in newspapers and magazines spurred creative teams and market researchers to create mascots with mass appeal. They quickly co-opted the doughty sea captain and the stalwart sailor to link their products with trust, tradition, and general badassery. Here are five captains of industry whose influence expanded from the bowline to the bottom line.

When UK cigarette manufacturer John Player and Sons was marketing a “navy cut” cigarette (in which the tobacco was wound with twine, dried, and then sliced off the end before being rolled), nautical imagery was a must. The company’s 1891 ads for the cigarettes combined a lifebuoy bearing the words, “Player’s Navy Cut,” with an image of a stoic, bearded sailor. At first, the sailor was just based on a sketch, but later logos were based on a portrait of real-life sailor Thomas Huntley Wood, a crew member of the HMS Edinburgh in the 1880s. According to most accounts, his image was incorporated into the logo without his knowledge; when Wood learned about it, he wrote to Player’s for recompense and was eventually paid a small amount of cash and given a bit of “baccy” for himself and his mates.

John Player and Sons went with a nautical theme for their “navy cut” cigarettes, using a stoic sailor as the anchoring image. Photo by M&N/Alamy Stock Photo

German immigrant Frederick Rueckheim had sold popcorn on the streets of Chicago for 25 years before his brother, Louis, discovered a method of coating the kernels with molasses without them sticking together. Upon tasting the concoction, one man exclaimed, “That’s a crackerjack!” and, in 1896, America’s first junk food was born.

The young sailor who graced the packaging, “Sailor Jack,” was modeled after Rueckheim’s grandson, Robert, who died at age seven. His image, however, has endured. The 1908 song “Take Me Out to the Ball Game” cemented the snack as a baseball-viewing necessity with the line, “buy me some peanuts and Cracker Jack.” Almost a century later, in 2004, after a switch to Crunch ’n Munch sparked fan outrage, Yankee Stadium went back to selling Cracker Jack snacks. 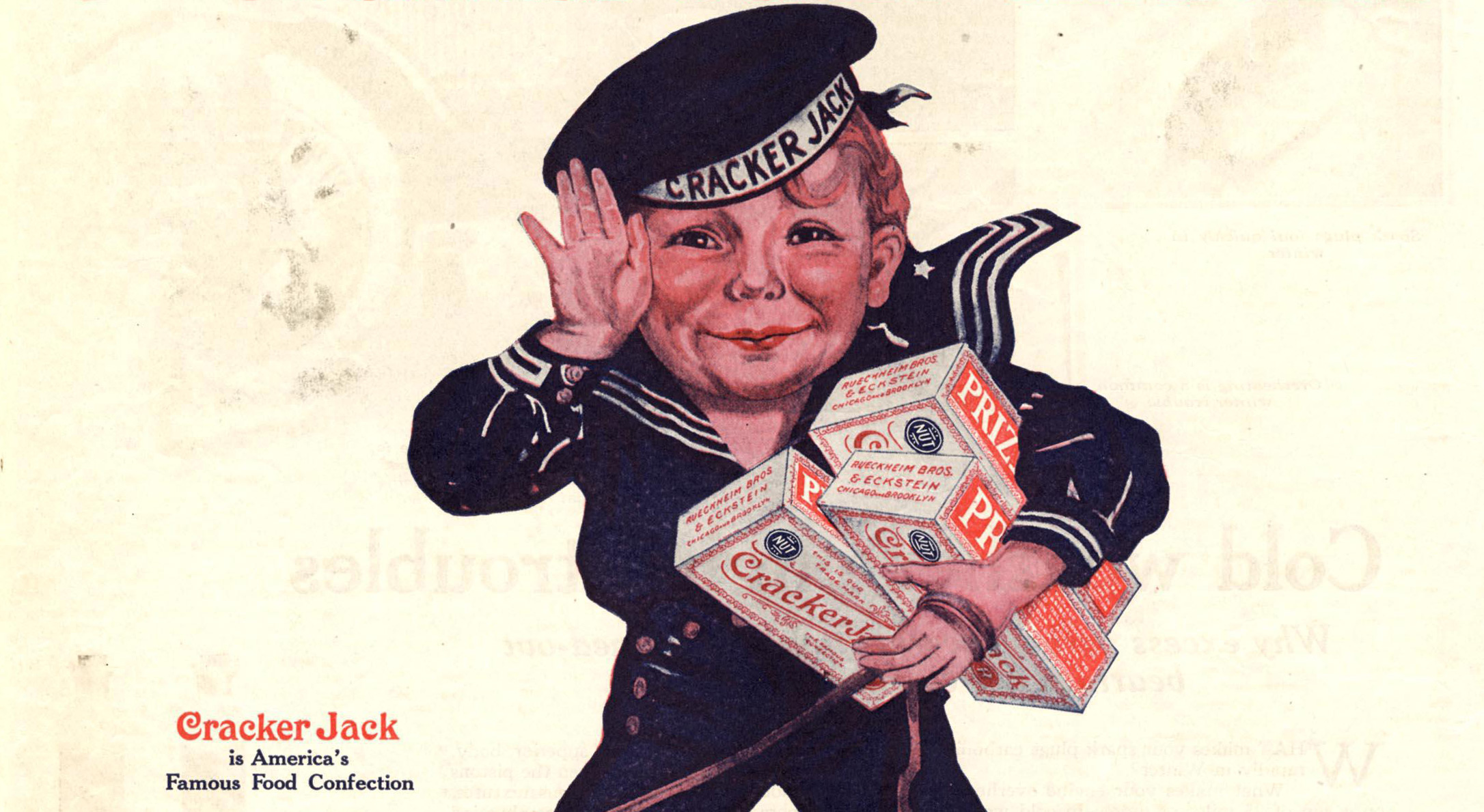 The Cracker Jack sailor image is based on the junk food founder’s grandson, Robert Rueckheim. Photo by The Advertising Archives/Alamy Stock Photo

Popeye made his debut in 1929 as a bit character in the comic strip Thimble Theatre. Believed to be based on a retired sailor named Frank Fiegal who lived in creator E. C. Segal’s hometown of Chester, Illinois, the original Popeye was violent, erratic, and so popular that after his storyline ended, fans demanded Segal bring him back. He soon became the strip’s star. Popeye’s popularity extended to the vegetable that gave the sailor his super strength: spinach, which Segal likely chose because of the vegetable’s widely touted health benefits. As Popeye explained to his strip costar, Olive Oyl, it has “vitamin A an’ tha’s what makes hoomans strong an’ helty.” Eventually, Popeye-brand spinach emerged, capitalizing on the sailor’s popularity. Why did his persona resonate so strongly? As Popeye artist Bud Sagendorf says in Popeye: the First Fifty Years, “A population frustrated by the Great Depression liked the idea of one small man fighting back and winning.” Today, Popeye-brand spinach is still sold throughout the United States. 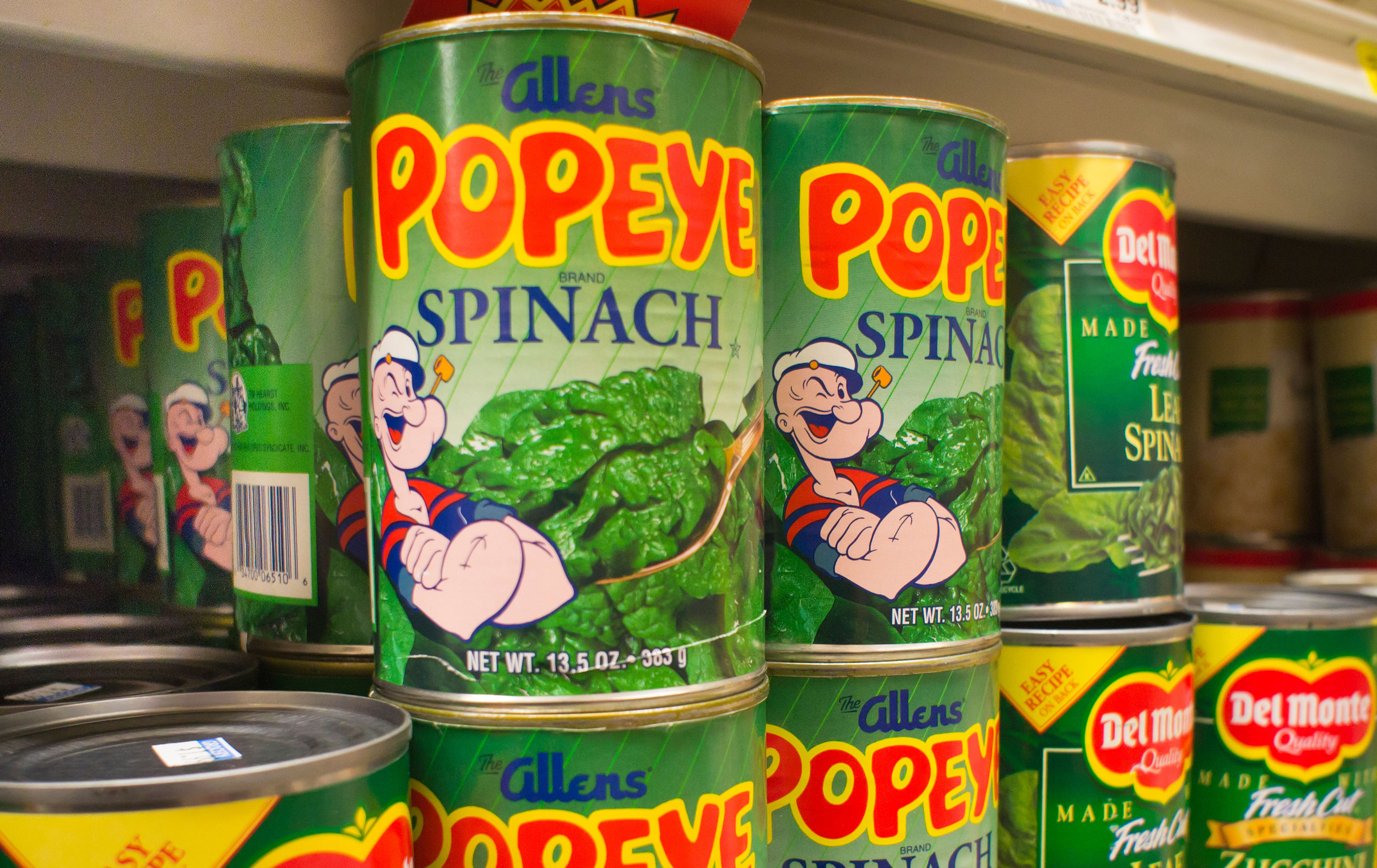 In his comic, Popeye got his super strength from spinach, so he was a natural ambassador for the vegetable. Photo by Richard Levine/Alamy Stock Photo

Sir Henry Morgan worked hard, played hard, and attacked the Spanish hard. Born in Wales, he sailed to the British colony of Jamaica in the 1650s and became a privateer—a state-sanctioned pirate. He attacked Spanish colonies relentlessly and partook in more than his share of drink. Several centuries later, Seagram tapped into Morgan’s badass image when they purchased a Jamaican rum distillery in the 1950s and produced one of the world’s bestselling rum brands. Award-winning science fiction and fantasy artist Don Maitz drew the dashing, dangerous-looking Captain Morgan, successfully creating a larger-than-life figure. 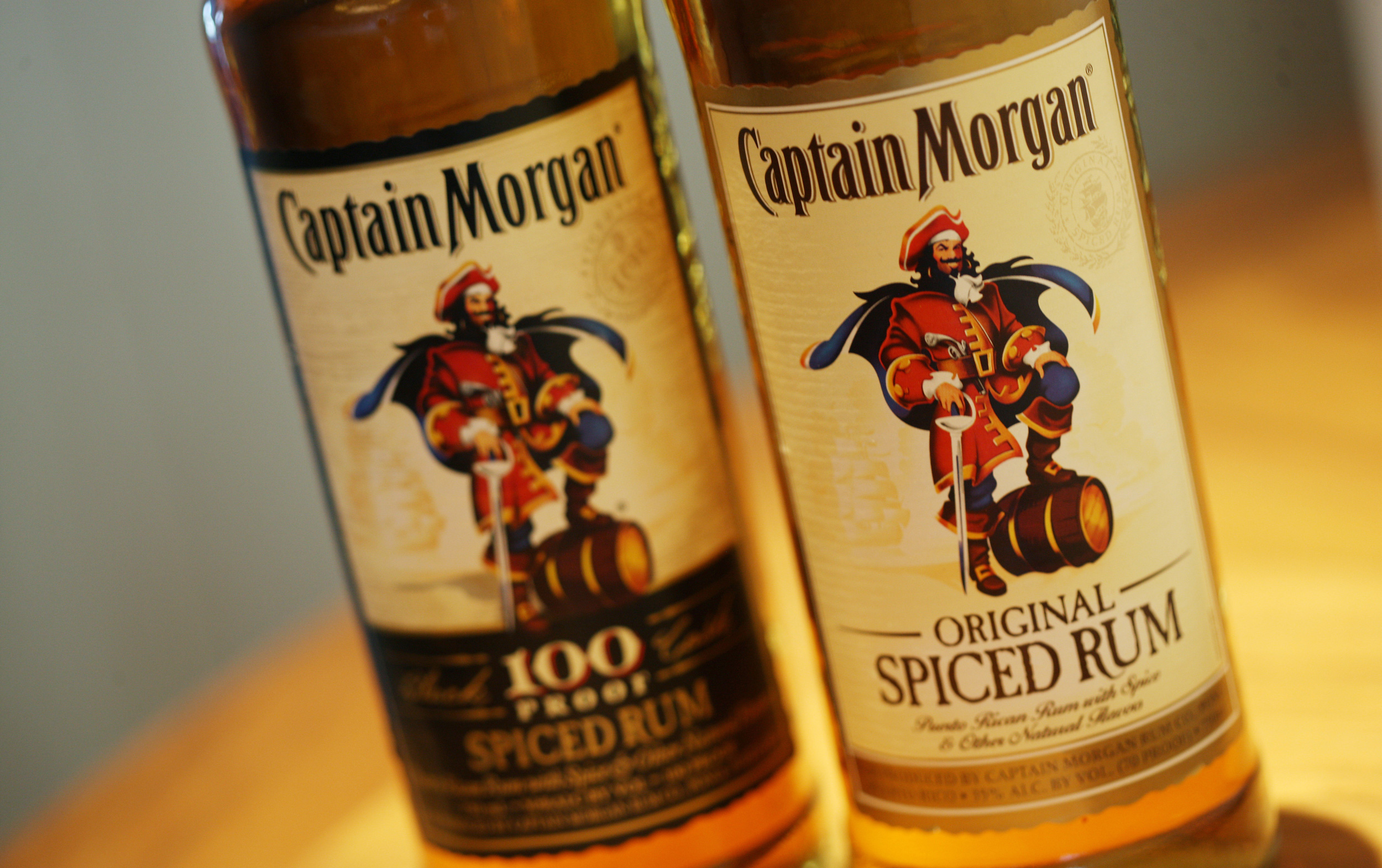 In the 1960s, market research by Quaker revealed that children under 10 years old disliked soggy cereal: bad news for a brand synonymous with porridge. So Quaker set about designing a cereal with crunch as its main selling point. For the mascot, Quaker hired animator Jay Ward, creator of the beloved Rocky and Bullwinkle characters. Ward’s studio created Cap’n Horatio Magellan Crunch to be the cereal’s ambassador. Cap’n Crunch’s subsequent success is as much a testament to marketing as to crunchiness. A 2011 Cornell University study showed that food mascots with a direct gaze, like Cap’n Crunch’s, increase brand connection by 28 percent. They also found that the eyes of mascots on cereals marketed to children are cast downward at a 9.6-degree angle while those marketed to adults are positioned straight ahead. Please, Mom! 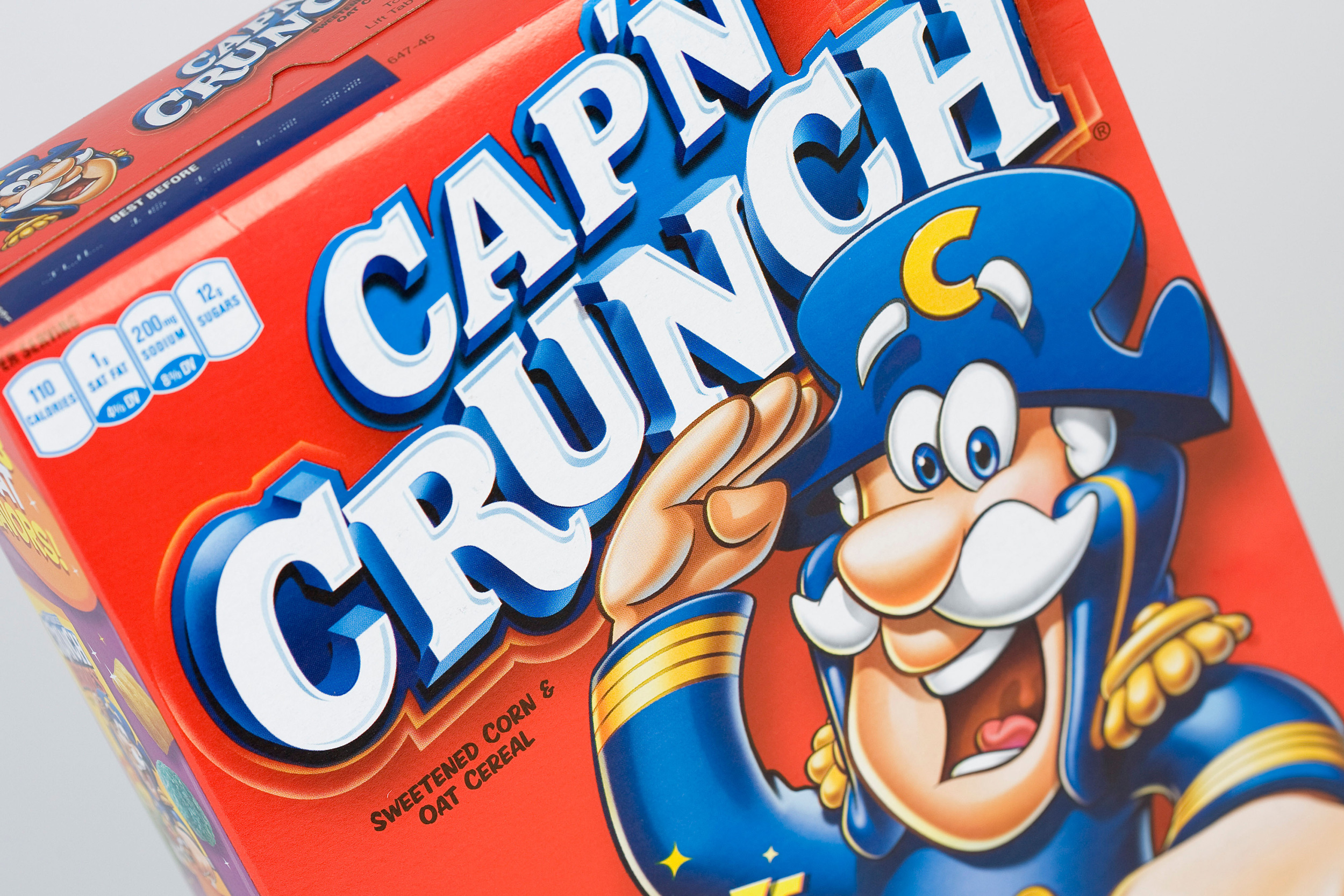