It took the feathers of an estimated 20,000 birds to make this cloak. Photo courtesy of Te Papa Tongarewa

On a cloudy afternoon in January 1779, British explorer Captain James Cook watched as the Hawaiian chief Kalaniʻopuʻu and his attendants arrived in outrigger canoes for a formal meeting at Kealakekua Bay. The chief, a man in his late 40s or early 50s, was dressed for the occasion in a spectacular cloak made of tiny scarlet- and saffron-colored bird feathers, a garment so soft and sumptuous that it seemed to be made of velvet. As Cook walked ashore to pay his respects, Kalaniʻopuʻu gracefully tossed the rich cloak over the explorer’s shoulders as a present. Then he placed a feather helmet on Cook’s head, and laid “5 or 6 other cloaks, all exceedingly beautiful,” at Cook’s feet, as one of the British officers later noted in a journal entry. 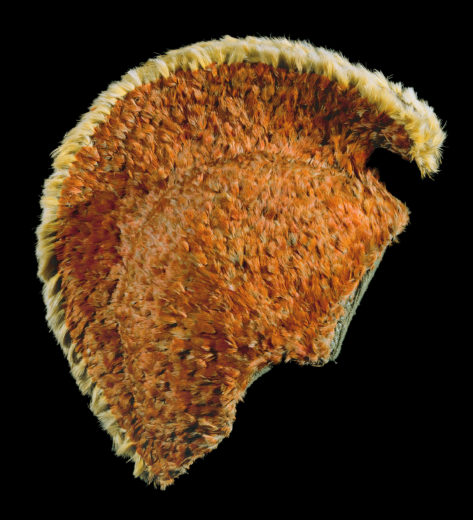 This feather helmet was given to Captain Cook along with the cloak. Photo courtesy of Te Papa Tongarewa

The cordial relations between the two men quickly deteriorated, however, and angry islanders took Cook’s life after some of his crew shot and killed a Hawaiian noble. But the feather cloak that Kalaniʻopuʻu wore to the meeting and gave to the explorer is preserved today at Te Papa Tongarewa, the national museum of New Zealand, along with the feather helmet thought to have been presented to Cook. Such feather garments, says Marques Hanalei Marzan, a cultural resource specialist at the Bernice Pauahi Bishop Museum in Honolulu, were vivid symbols of the power held by Hawaii’s chiefly class. Kalaniʻopuʻu’s cloak, for example, bore feathers from about 20,000 birds. To acquire such huge quantities, a chief “had to have a large land base,” Marzan says.

Later observers marveled at all the labor that went into the making of the feathered regalia of Hawaiian chiefs. In the early 19th century, American art collector and newspaper editor James Jackson Jarves described a yellow cloak belonging to Kamehameha, the chief who eventually united the Hawaiian Islands. The garment was made entirely from the yellow feathers of the now extinct Hawaiian mamo (Drepanis pacifica), a dark-colored bird that possessed only a small number of sunny yellow plumes. As Jarves noted in a newspaper article in 1839, “not less than a million dollars’ worth of labor was expended upon [this cloak], at the present rate of computing wages.” 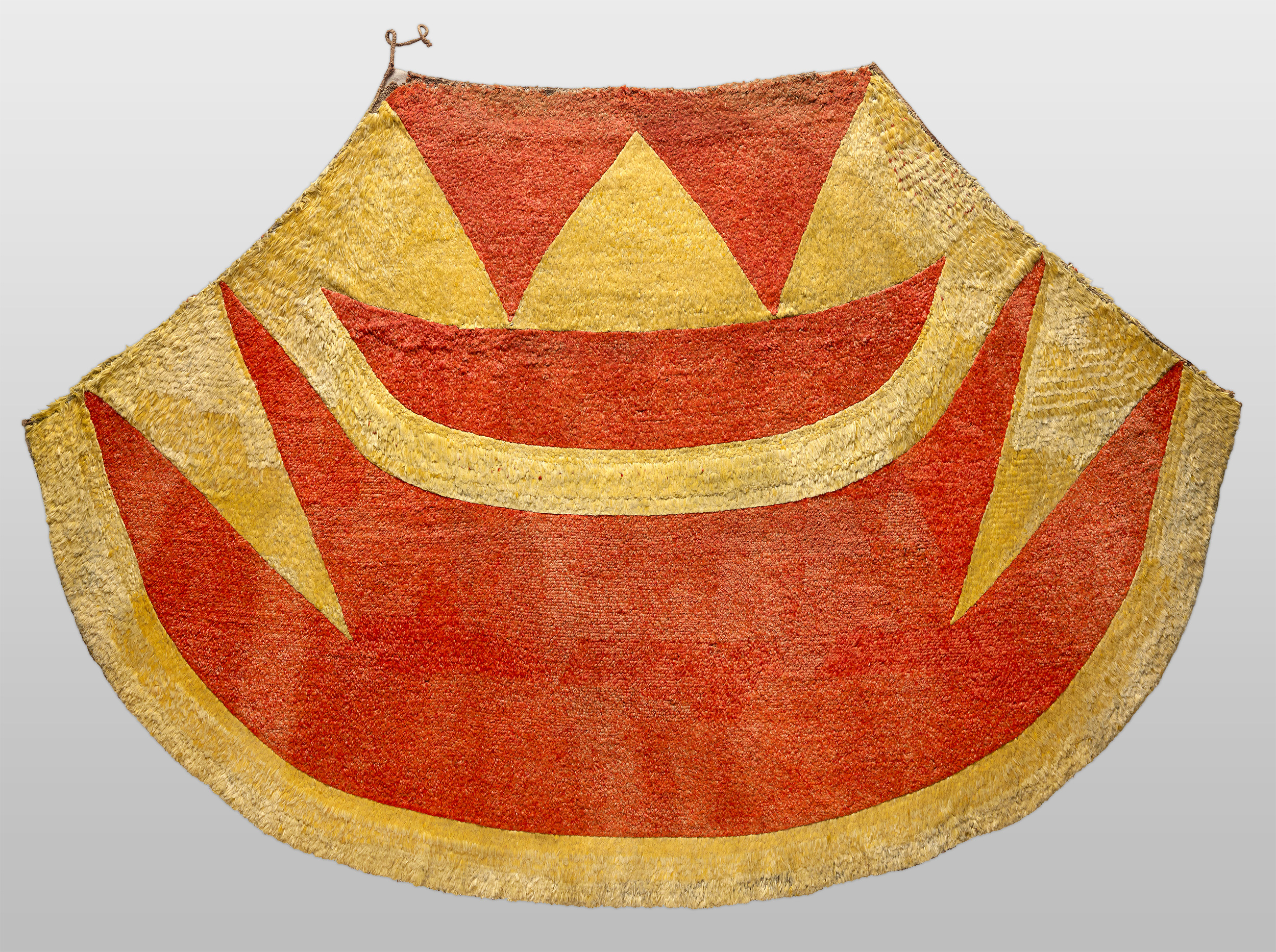 The skills of several different specialists were needed to construct a chief’s feather cloak. First there were the bird catchers, who knew how to find and trap brightly colored forest birds such as finches and honeycreepers. They set up fine nets to snare the birds in the air or dabbed a sticky substance on branches and lured them to the trees by imitating their calls. Sometimes, the catchers plucked only a few feathers of their prey and released them. Other times, they killed and ate the birds, and took all the feathers.

For the cloak itself, fiber specialists first created a mesh backing that resembled the nets that traditional Hawaiian fishermen employed to capture schools of deep-sea fish. Then feather workers patiently assembled small bundles of half a dozen or so feathers, and tied each bundle to the netting. “They would determine the color, design … and attach the bundles of feathers, one by one,” says Marzan. So precious were the finished cloaks that they were often given names and afforded chiefly privileges. 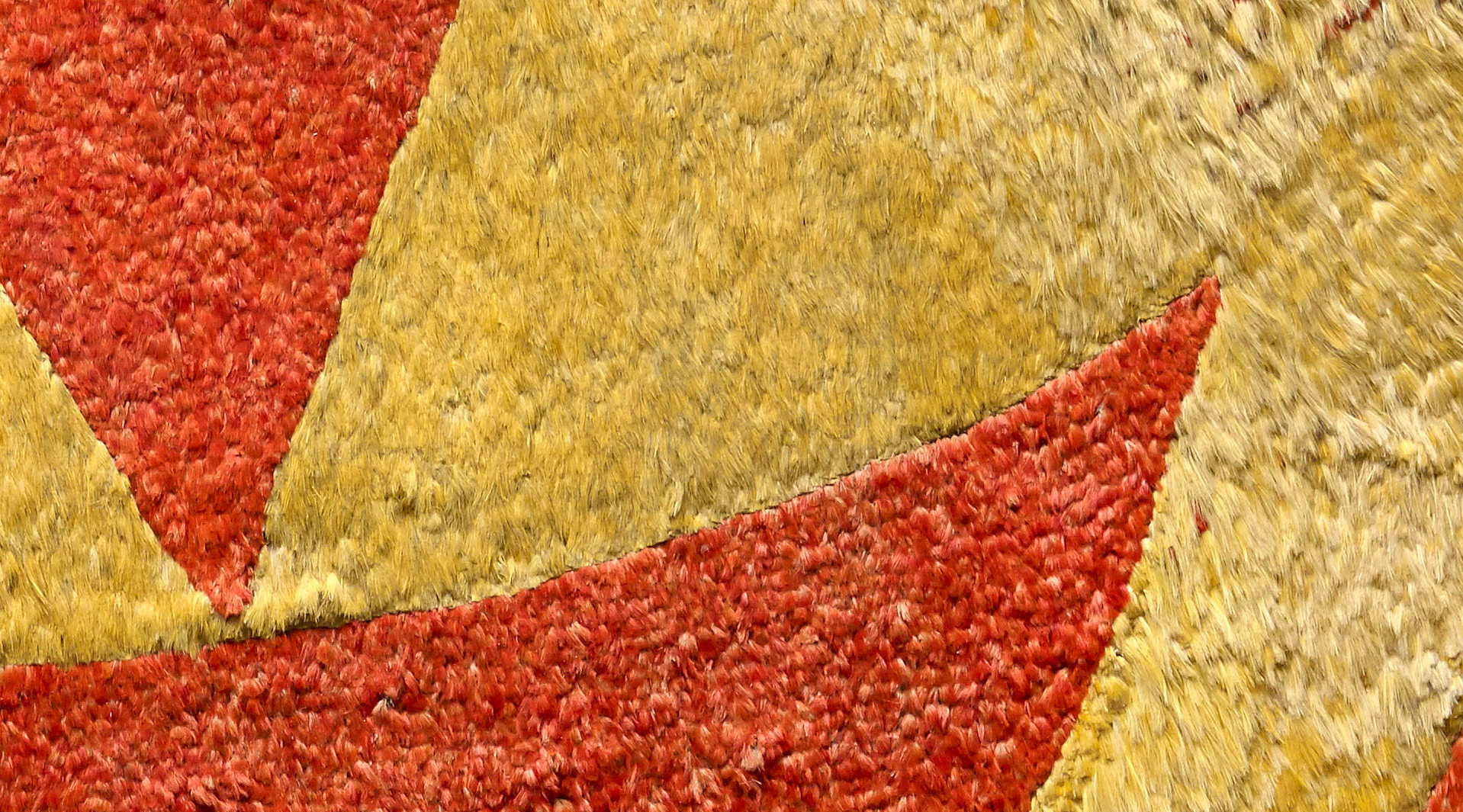 The cloak is made of bundles of feathers, each attached individually. Photo courtesy of Te Papa Tongarewa

The feather cloak that Kalaniʻopuʻu gave to Captain Cook was taken to England after his death, and it passed into the hands of a series of collectors. One of them, Lord St. Oswald, eventually donated the cloak to the government of New Zealand. But today, negotiations are underway to return this treasured garment to its Hawaiian homeland. If successful, Hawaiians may one day witness the return of this feathered treasure. “The cloaks have so much energy associated with them,” says Marzan. “And they continue to teach and inspire us.”