Hollywood fame was dangerous for the blue hippo tang, the inspiration for fast-talking Dory in Finding Nemo. Will the 2016 release of Finding Dory cause another run on this fragile fish? Photo by Joe Enenbach/National Geographic Creative/Corbis

Growing up in Hawaii, I spent summers with my grandparents on the Big Island, where a cheap snorkel and mask were all I needed to travel to a different world. Beneath the ocean’s surface was a rainbow of reef fish, none brighter than the yellow tang. Today, the Big Island’s Kona Coast is ground zero for Hawaii’s aquarium fish industry, and it shows. In many places, the darting yellow schools of fish are noticeably diminished or even absent. The problem extends to tropical coral reefs worldwide; the aquarium trade has a devastating impact on some fish communities. Dan Thornhill, an affiliated faculty member at Auburn University in Alabama, and Rene Umberger, an activist who runs the non-profit For the Fishes in Hawaii, cite these five species as particularly vulnerable to the aquarium trade. 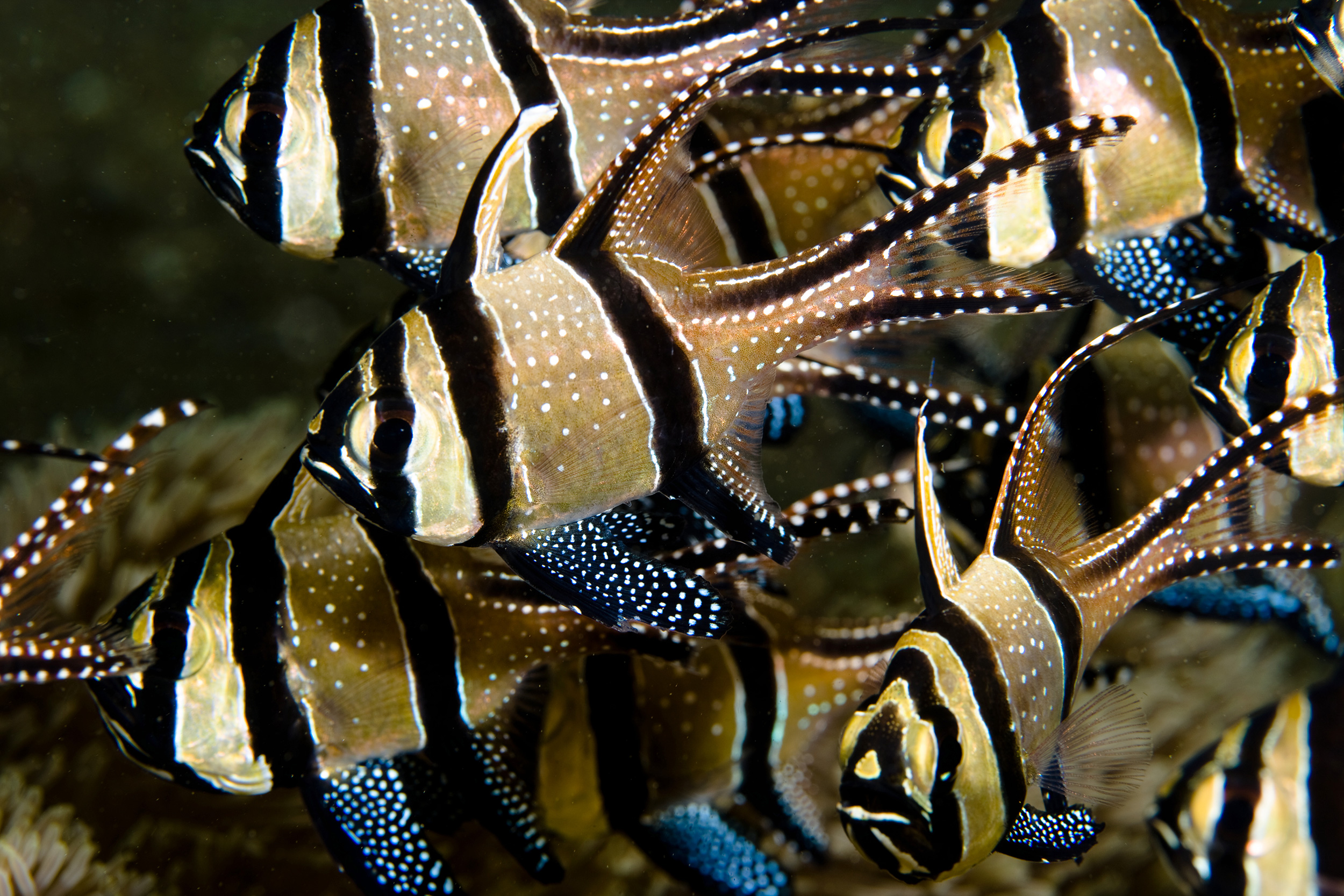 An unadventurous swimmer, the Banggai cardinalfish is easy to catch. It’s also easy to care for, making it an ideal fish for the aquarium trade. This black-barred beauty is found only around Indonesia’s Banggai archipelago, but a limited range is only one reason it’s landed on an international threatened species list. It also has a limited brood, restricted by the size of the breeding habitat—the fish father’s mouth. A male Banggai cardinalfish broods an average of 40 eggs inside its mouth, but how many on average swim out is unknown. Instead of dispersing once hatched, the young fish stick close to their home reef, making this an easy-to-find species. 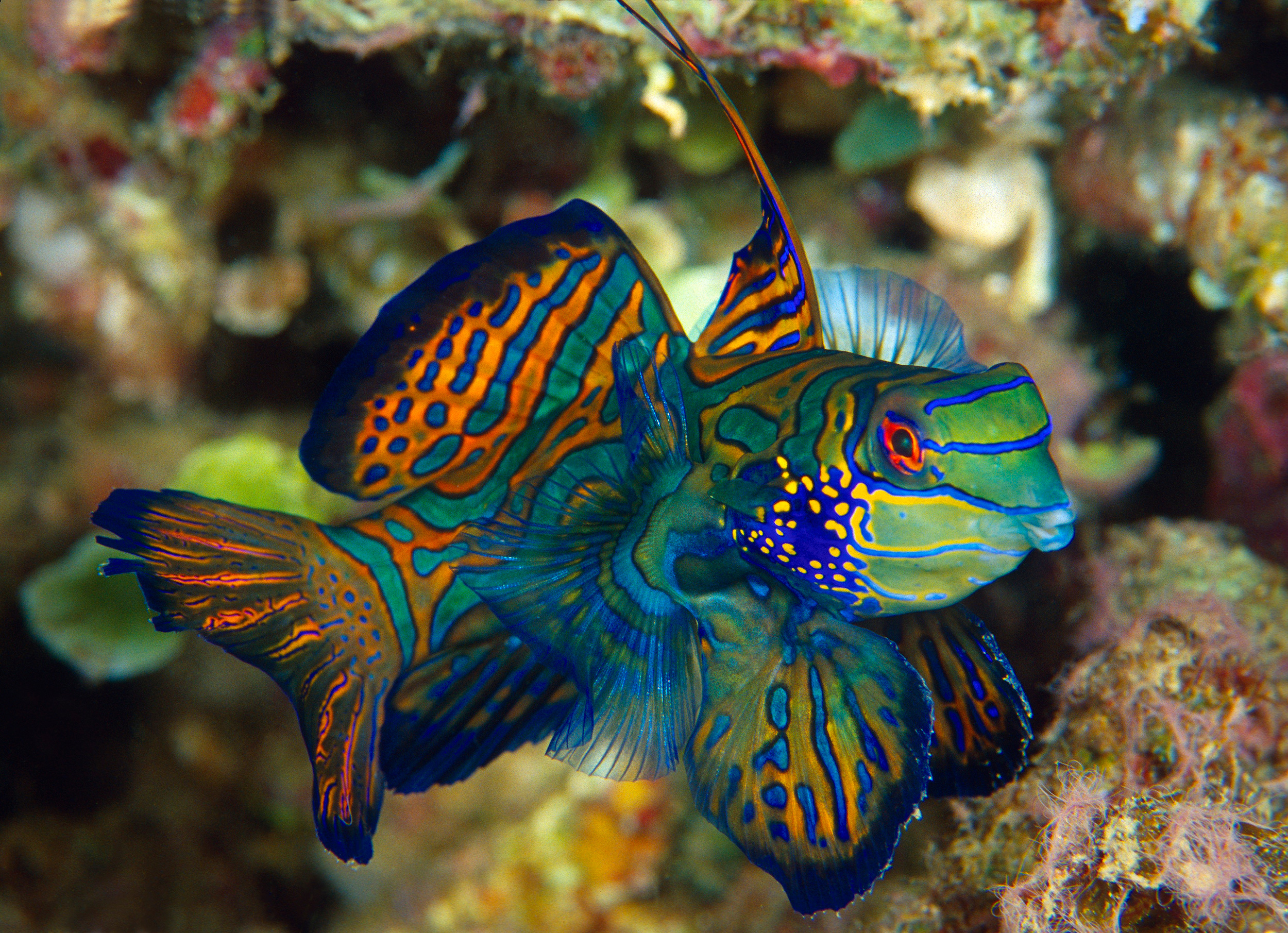 Among the most colorful fish in the world, the mandarinfish boasts vivid orange and blue stripes, dots, and sometimes swirls. It’s one of only a handful of animals in nature to display true blue pigmentation. Male mandarinfish add to the bling with an elongated dorsal fin that’s especially attractive to females—and aquarists. Over-collection of large male mandarinfish messes up mating practices: big males mate more successfully than small males. Even given a chance, the smaller males are less effective. What’s more, the fish are finicky eaters, which makes them almost impossible to feed in captivity. Some compare the wild caught fish to “fresh cut flowers”: only beautiful for a few weeks before they starve to death. 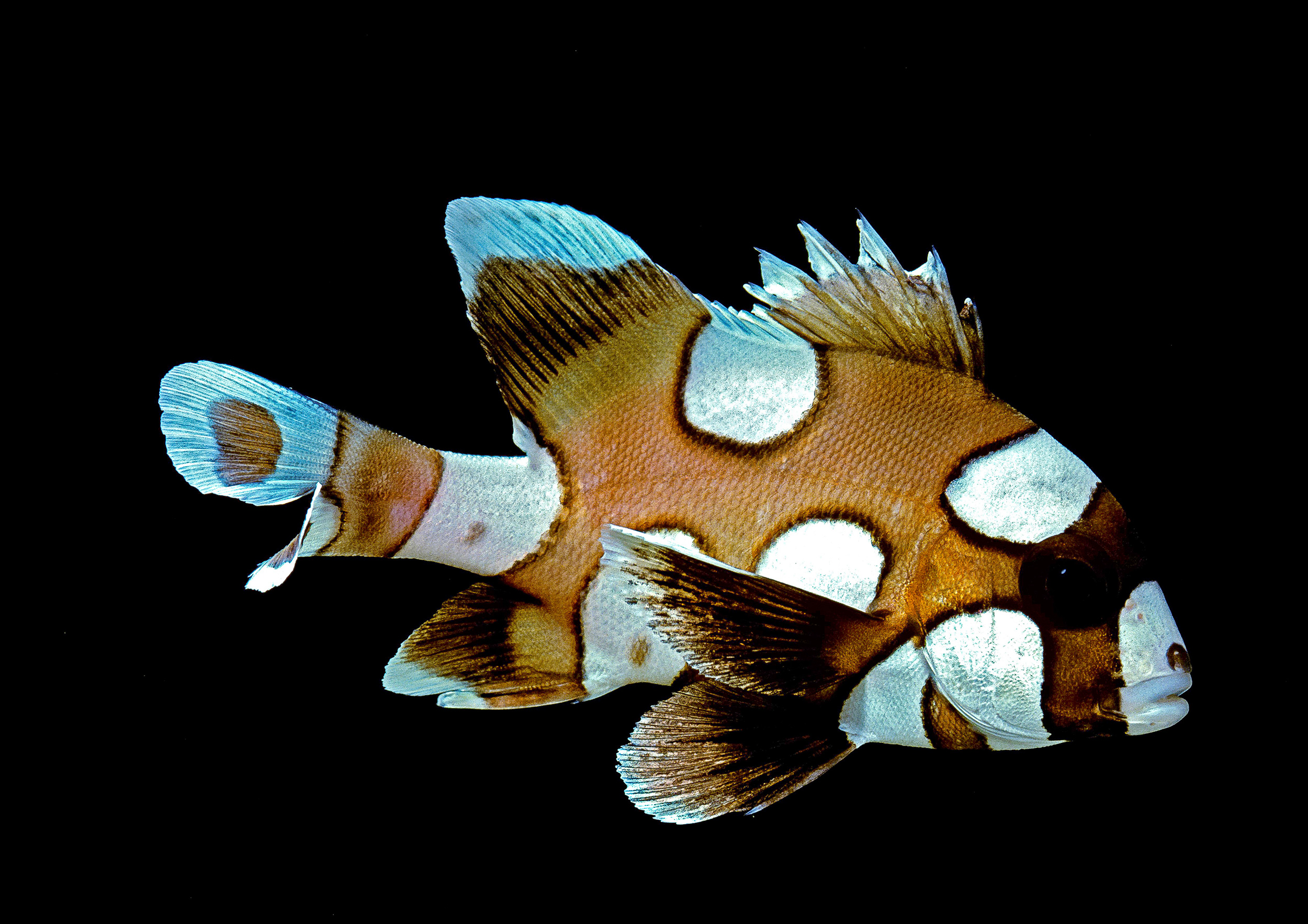 It’s hell getting old—especially for fish in the sweetlips family. Cute and colorful, juvenile harlequin sweetlips may be irresistible to fish enthusiasts, but lose their sweet as they mature. Aquarists consider grown-up sweetlips, which change color as they age, ugly. The fish also fill out to over 60 centimeters in length, outgrowing their tanks as they age, a further temptation for owners to discard harlequins after a few months. 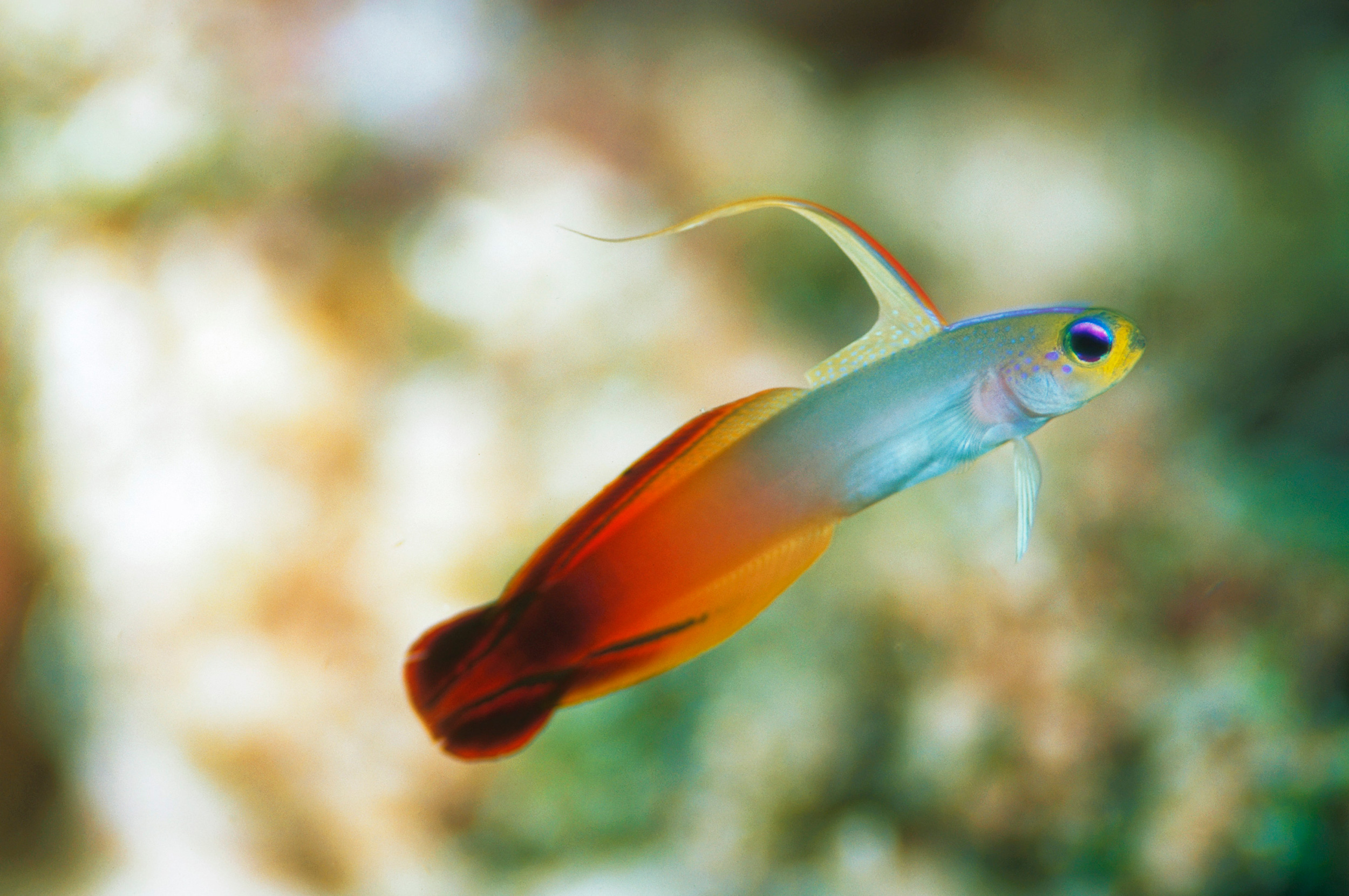 Fish fans love this species’ long white first dorsal fins and tails of vibrant red that bleed into a white body. To wrangle these goby-like fish, collectors spray cyanide into their habitat, an often illegal but common practice that kills surrounding corals and many of the captured fish. Why cyanide? Shy by nature, fire dartfish stick close to their boltholes so they can make a quick getaway. Stunning them with cyanide is the only way to catch them. 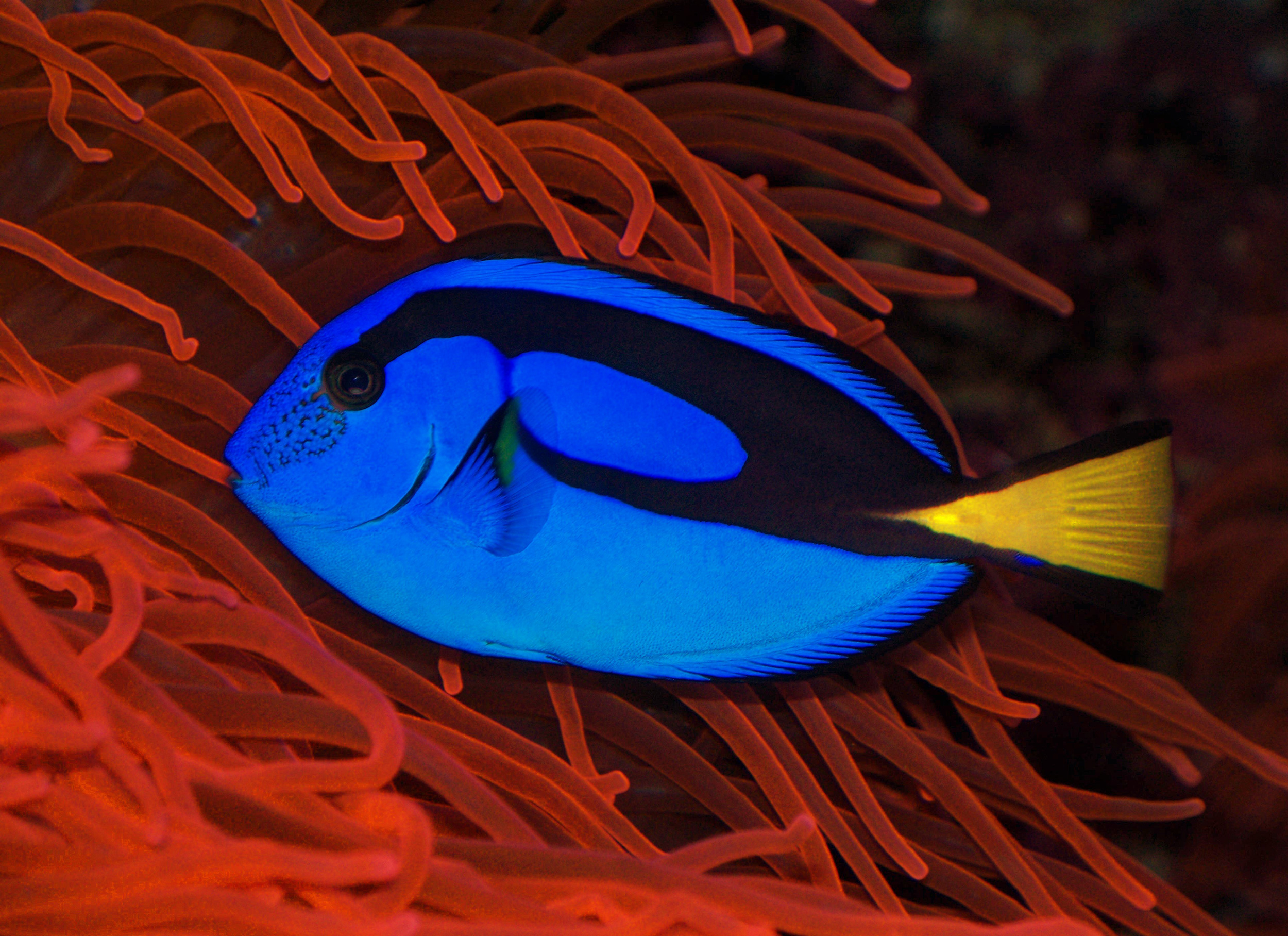 Blame Finding Nemo for this fish’s increasing scarcity. The cobalt blue tang starred in the 2003 animated film as the upbeat and quirky Dory, causing demand among collectors to soar. Unlike Finding Nemo’s titular clownfish — which also suffered from its celebrity but breeds successfully in captivity and can thrive in a home tank with proper care — the fragile blue hippo tang is caught only in the wild, frequently with cyanide. Now, with the 2016 release of Disney’s Finding Dory looming, experts are bracing for a potentially devastating increase in demand for the fish.