Danish explorer Gustav Holm commissioned this carved map from an Inuit man to gain an understanding of the east coast of Greenland. According to a Danish textbook, this is how the map corresponds to the islands off the coast. Carved map photo courtesy of Greenland National Museum and Archives, illustration by Mark Garrison

As he visualized paddling along the east coast of Greenland in an umiak, Danish explorer Gustav Holm held in his hand generations of navigational know-how. It was the 1880s—long before Siri and satellites were around to lead the way—and Holm was palming a chunk of wood about as long as an iPhone 7. Carved by a Greenlandic Inuit man, this precious piece served as a tactile map, its toothy edges representative of the fjords, headlands, and obstacles of the unforgiving coastline. As Holm ran a finger along the map, he felt a semicircular groove—a sign that he and his party would have to go overland with their boats if they made it that far north. This was just one of several subtle cues he could glean from the map that would help make an exploration safe and successful.

As Holm observed, the Tunumiit people of eastern Greenland had a sharp eye for nature and could accurately describe a place they had visited once, even 20 years earlier. The man who produced the carving was especially skilled, and created two others that accompanied it. A knobby stick about as long as a Super Big Gulp straw represents the islands off the coast, and a thicker, wand-like carving corresponds to a peninsula, with ridges and mounds that mirror the relief of the mountains. 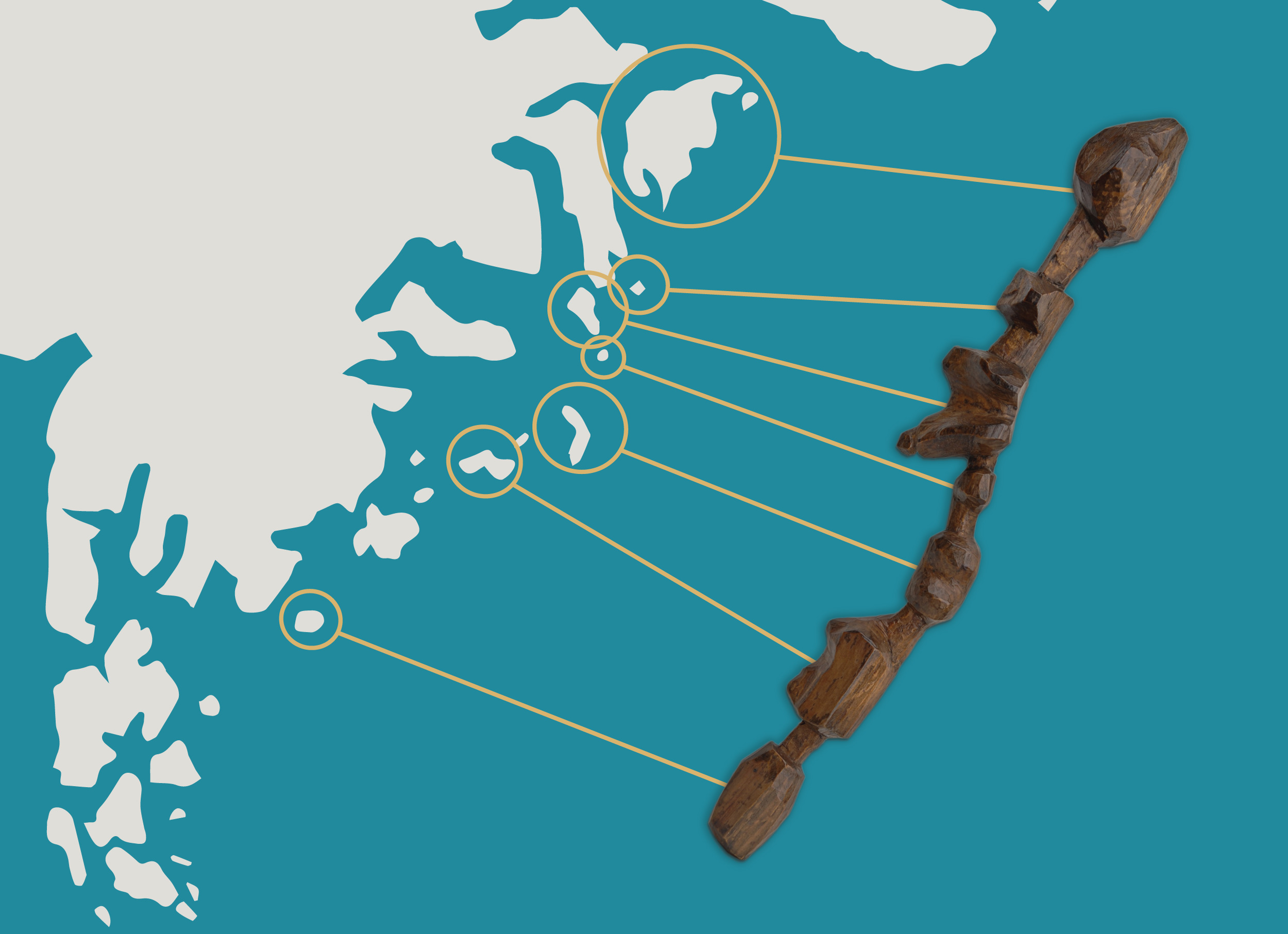 Holm commissioned the maps, says Hans Harmsen, an archaeologist and curator at the Greenland National Museum and Archives, where two of the maps are housed, though there is no evidence he ever made the journey. Harmsen stresses that the maps are anomalies, not traditional tools of the Inuit, who had no need for navigational aids, intimate as they were with their land. “I think the maps were a critical part of Holm’s mission to this unknown part of Greenland at the time,” Harmsen says. “They’re pretty amazing in their accuracy.”

The design of the maps offers a glimpse into the mind of the maker and his understanding of his world. The coastline map, which is read down one side and up the other, does not include every landmark, and the archipelago map appears to omit some islands from the chain. “The maps show how these people understood their own land and seascape and compartmentalized the various sections,” says Harmsen, who is researching the history of the maps. “You can see what was important to the maker by what he included in those maps.” 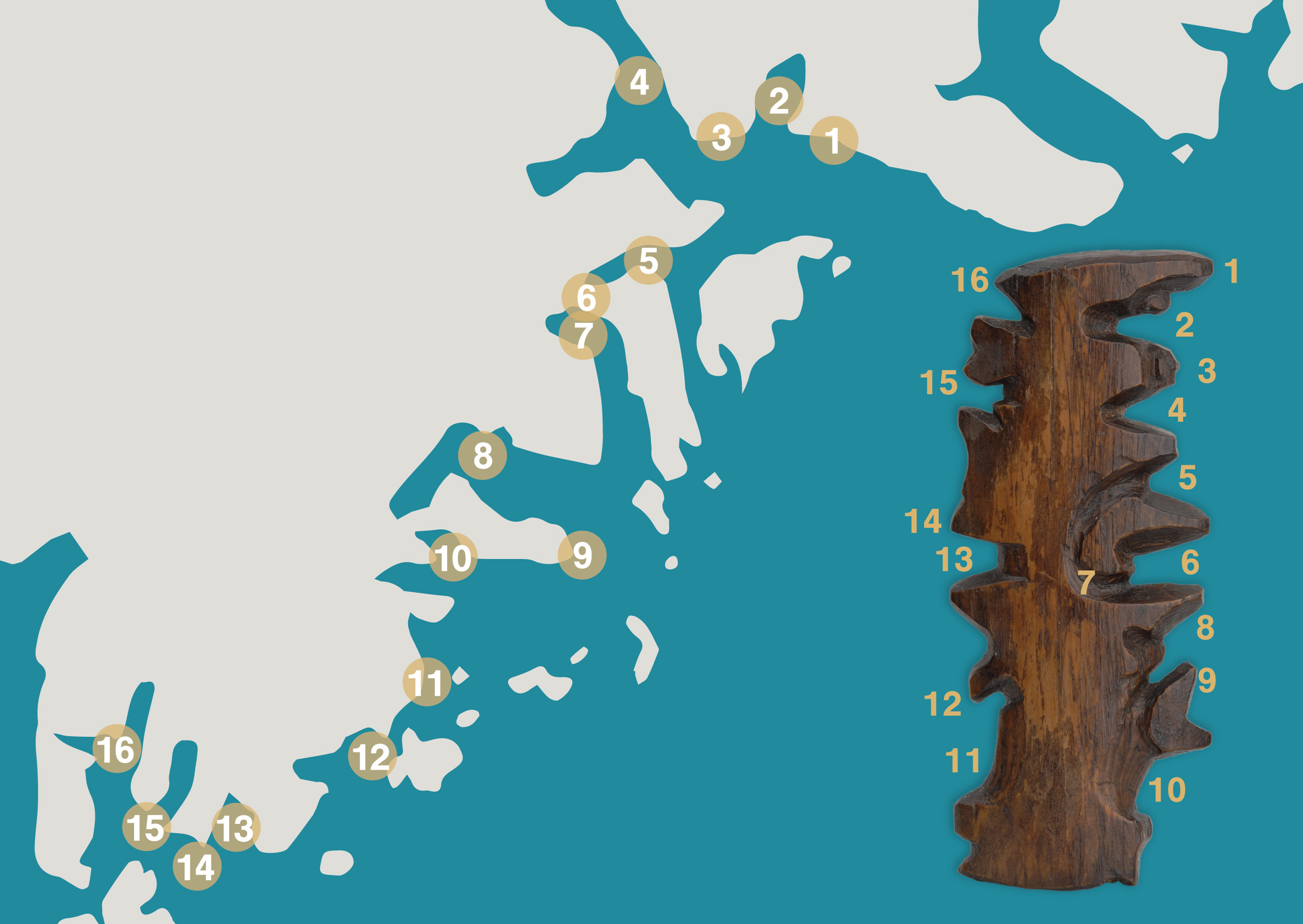 It’s hard to imagine feeling your way along the coastline with the knots and notches of a chunk of wood as your guide. And trying to line up the tactile maps to Google Maps is like lining up the colors of a Rubik’s Cube. As Harmsen says, “There is a phenomenal aspect to the maps; you would have to be there to fully appreciate them as you’re moving through the landscape and using the map as a reference.” Yet like the latest iPhone, these early handheld devices were innovative and user-friendly. And even better than today’s technology, they were waterproof, they floated, and they didn’t rely on battery power.