Clad in multiple layers of sweatshirts, three commercial crabbers brace against the choppy waters and brisk winds of New Jersey’s Great Bay. Watching a sonar screen mounted near the boat’s steering wheel, Warren and Karen Unkert, the two lead crabbers, navigate toward black circles marking the location of their targets like Xs on a treasure map. They’re training the third crabber, another local fisher, to operate the sonar. Suddenly, the daisy chain of grappling hooks trailing behind them catches on the muddy bay’s bottom, jerking their 7.3-meter Carolina skiff to a stop. The crabbers heave on the line, and it’s like they’re playing tug of war with the bay floor. A rusty mass encrusted with barnacles finally rises out of the water, spilling buckets’ worth of sediment before the crabbers hoist it on board. The Unkerts have unearthed their own version of treasure: an abandoned crab trap.

Back on shore, the husband-and-wife team tosses the new trap—or pot—onto an imposing pile of 200 others. Some of the mini-refrigerator-sized traps are still in usable condition; others are so ripped up that only pieces of the frame remain. Until recently, all of them littered the Mullica River–Great Bay Estuary in southern New Jersey. The Unkerts and a handful of other crabbers plucked them from the muck, one by one, over the past few weeks. Now, the Unkerts are eager to discuss a pervasive problem, one that can haunt any coast where fishing occurs. Discarded traps. Abandoned lines. Lost nets. This form of marine pollution is known as ghost gear. 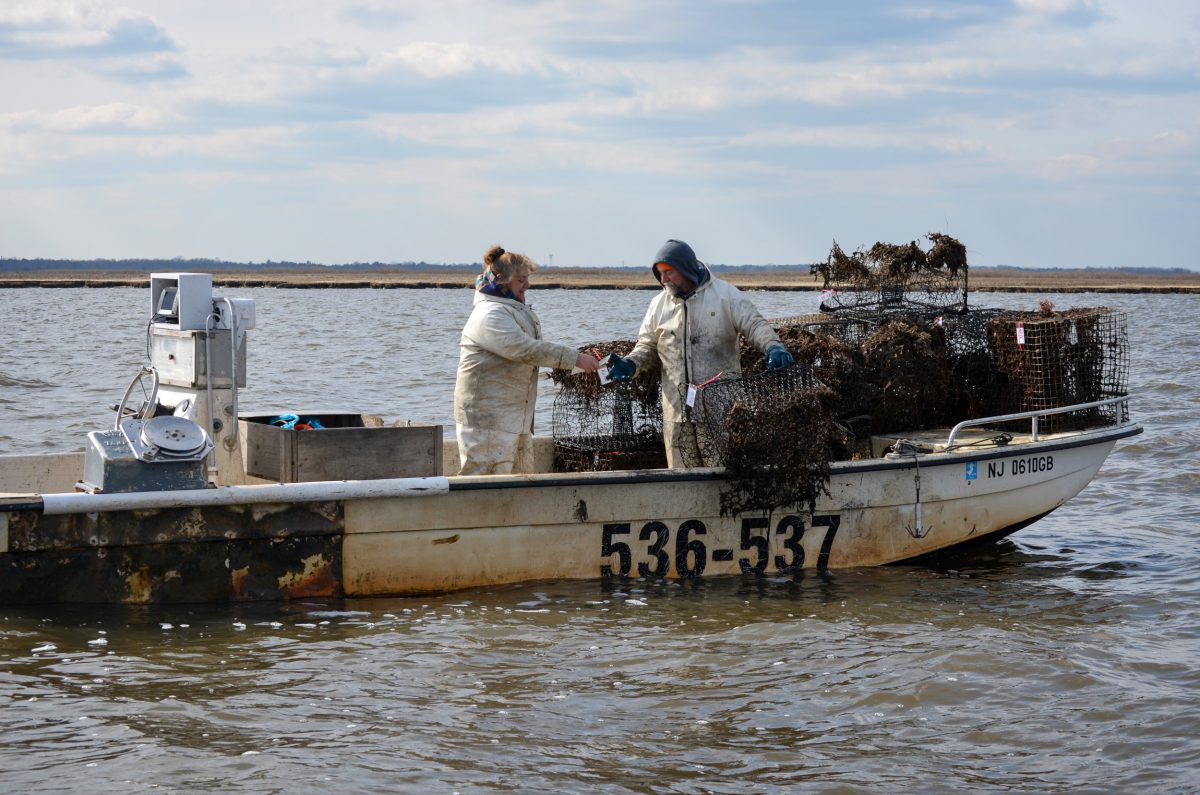 The Unkerts have been crabbing for 26 years. (Crabbing is so much a part of their identity that they sometimes sign emails with two crab emojis.) They primarily work in this estuary, so depend on its health.

A lost crab pot continues fishing until it becomes encased in mud, which is generally the case in the Mullica River–Great Bay Estuary, or the fasteners holding an escape panel closed disintegrate after about a month. In the meantime, there’s a re-baiting effect, explains Karen. “Everything that goes in dies. And something comes in, eats them, and they die.” Ghost pots also kill non-target species like turtles, while nets and ropes can fatally entangle whales and other animals.

Ghost gear is directly problematic for the fishers, too. Aside from the loss of sellable crabs and the traps themselves, which can cost upward of US $40 each, the discarded traps take up space on the seafloor and make it difficult for new ones to land properly. Boat propellers can get tangled on the lines.

“Losing pots makes me crazy,” says Warren. Before learning how to recover traps, the Unkerts lost about 40 out of the 200 they use per year, a figure they say is not uncommon among their fellow crabbers. The Unkerts make their own traps to save money, spending about $30 on each, but the potential loss still adds up to at least $1,200 in gear each year. 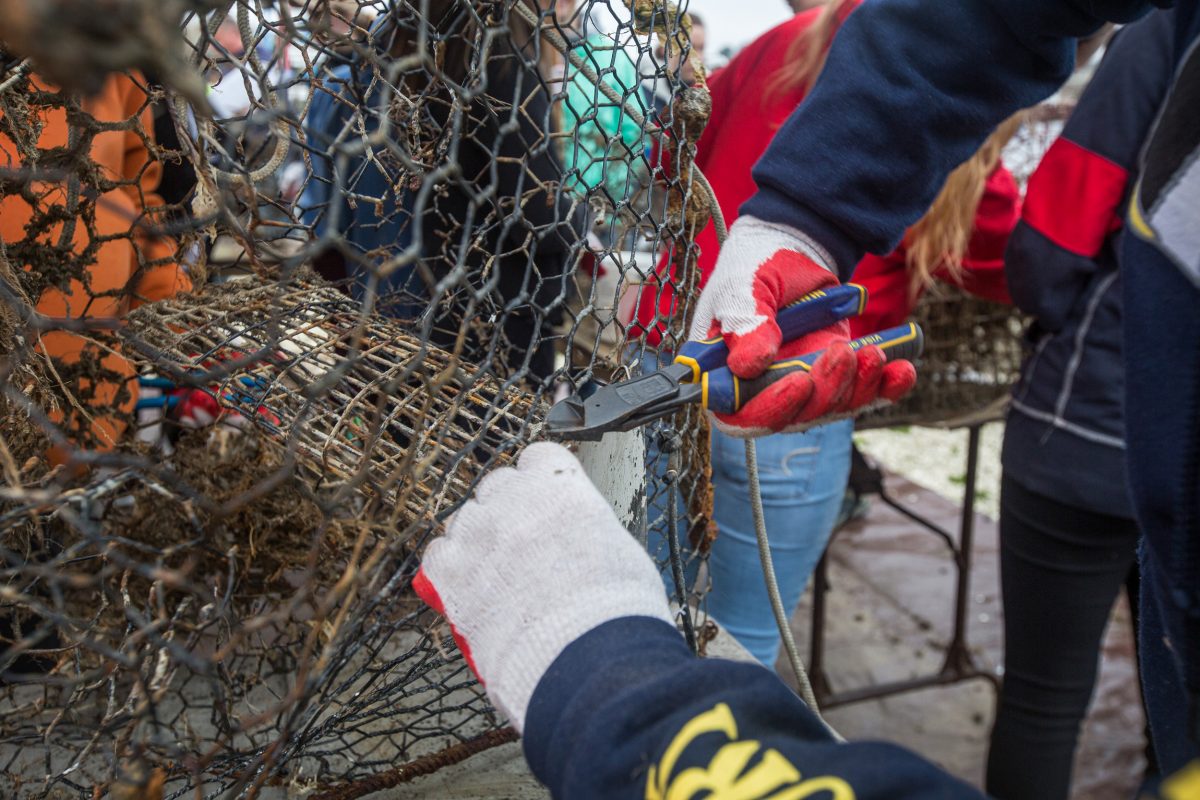 Ghost gear is “very much a ubiquitous problem,” says Joel Baziuk, deputy director of the Global Ghost Gear Initiative, an international collective trying to tackle the issue. Academics, nonprofits, and government agencies regularly cite a global figure of 640,000 tonnes of ghost gear added to the oceans each year. But Kelsey Richardson, a marine debris researcher at Australia’s Commonwealth Scientific and Industrial Research Organisation, points out that the figure is now 10 years out of date—and is based on incomplete data from 1975.

Richardson and her colleagues are working to update our understanding of how much ghost gear is swirling around in the oceans. They recently reviewed nearly 70 ghost gear studies from 1975 to 2017 and published a report in the journal Fish and Fisheries. “This is really the first ever global estimate of gear loss,” Richardson says. Working around gaps in data, particularly from regions of Asia, South America, and Africa, the researchers estimate that fishers lost 8.6 percent of all traps, 5.7 percent of all nets, and 29 percent of all lines in 2017.

At Mullica River–Great Bay Estuary, the scope of the ghost gear problem became evident when students from New Jersey’s Stockton University (SU) used side-scan sonar technology to investigate shipwrecks in 2009. The students and their professor kept coming across bright squares on their screens that turned out to be lost crab pots. Follow-up research in the northern part of the bay detected 300 traps in a one-square-kilometer area. “That was a bit more than we anticipated,” says Mark Sullivan, a marine scientist with the university who was involved in the study. 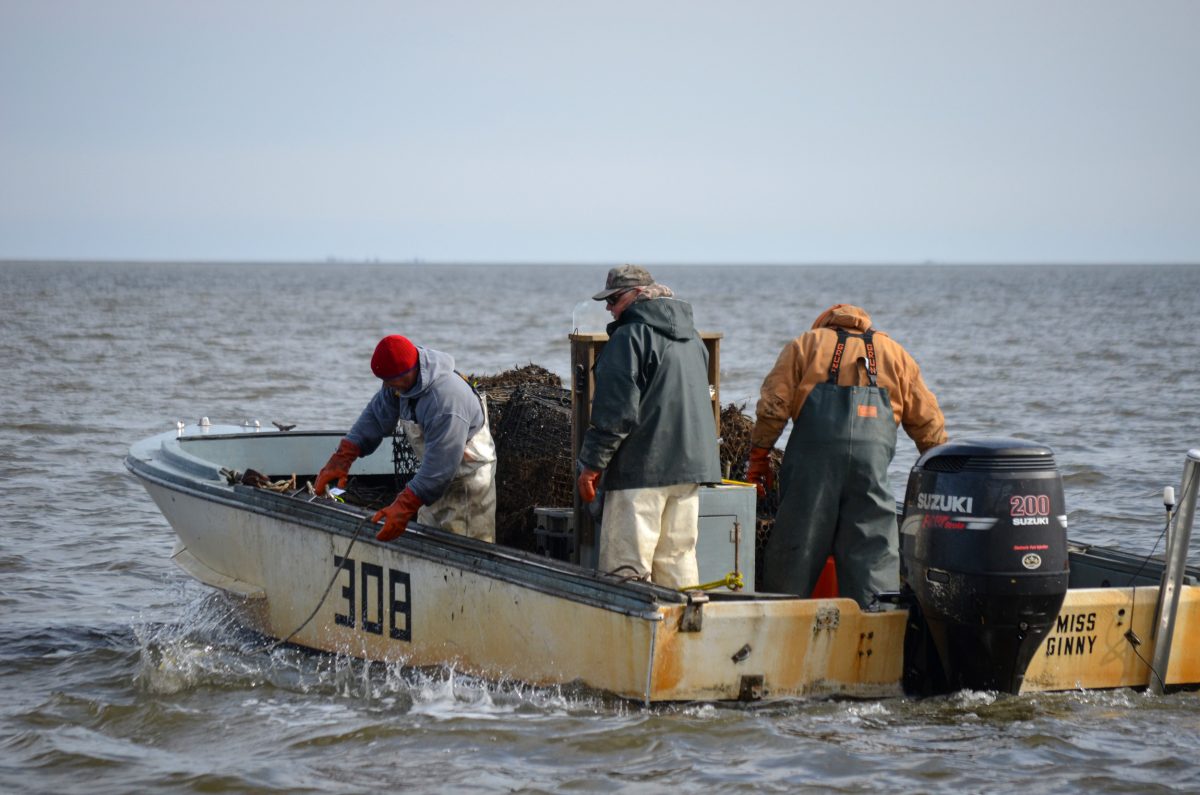 With funding from the US National Oceanic and Atmospheric Administration (NOAA), SU scientists and a handful of crabbers, including the Unkerts, set out to do something about the problem. The scientists used the university’s expensive, scientific-grade sonar to conduct broad surveys of the estuary’s floor and created maps of target locations for the crabbers to use as guides. The team then installed basic, low-cost sonar units worth about $1,000 each on four crab boats, and scientists taught crabbers how to use the technology to locate specific waypoints. When crabbers arrive at the right spot, they drop a hooked line to snag their target. They quickly learned that when a trap is wedged in the mud, a hook can wrench off the top and leave the rest behind. For those situations, the team developed a new method: they circle a trap while dragging a daisy chain of half a dozen hooks. With multiple points of contact, the fishers can then more readily “pop [the trap] out of the sediment like a corkscrew,” says Sullivan.

During the initial four-year run, the team retrieved 1,776 crab traps. The initiative has since expanded along New Jersey’s coast, employing the original crabbers to train six more. Collectively, those 11 crabbers have pulled up more than 2,200 traps—and counting. A portion are returned to crabbers after undergraduate students record trap type and degree of degradation. The rest are recycled for scrap. The team has also had unexpected recoveries, like a barbecue grill covered in barnacles, a beach chair, and a trash can.

The Unkerts are among the keenest trap hunters—during their off-season from crabbing, they spend five to six hours a day for a total of 10 days chasing lost traps. At the beginning of the project, they could collect up to 30 in a day, now, as their efforts make a dent in the debris, they collect about 20 on a good day. SU pays them $300 to $350 per day for their efforts. And during crabbing season, project participants can keep their sonar on long-term loan and use it to locate traps as soon as they’re lost, as long as they continue to provide data on trap recovery to the university.

It’s too soon to quantify the impact of SU’s project on the crab population, says Sullivan. However, he adds, “I think I can say confidently that removing close to 2,000 traps that might be responsible for about 50 blue crabs per pot will have a positive impact.” Other factors affect crabs like water temperature, food availability, and predators. But removing ghost gear eliminates a significant component of mortality, he says. He hopes the team will eventually knock the number of lost pots down to zero, or close to it.

The SU team isn’t the first to address ghost gear. SU modeled the project on one in the larger Chesapeake Bay on the US east coast. Over six years, a team there removed a whopping 34,408 ghost pots, which researchers estimate resulted in $21.3-million of additional harvest for the local crabbing industry over the same period.

The NGO GhostNets Australia relies on trained spotters, rather than sonar, to keep shores and seas clear of ghost gear. In 15 years, the organization claims to have recovered 14,000 nets and rescued 400 marine turtles. And the Ghost Trap Rodeo in Tampa Bay, Florida, is styled like a fishing tournament. Instead of catching fish, competitors collect derelict traps. 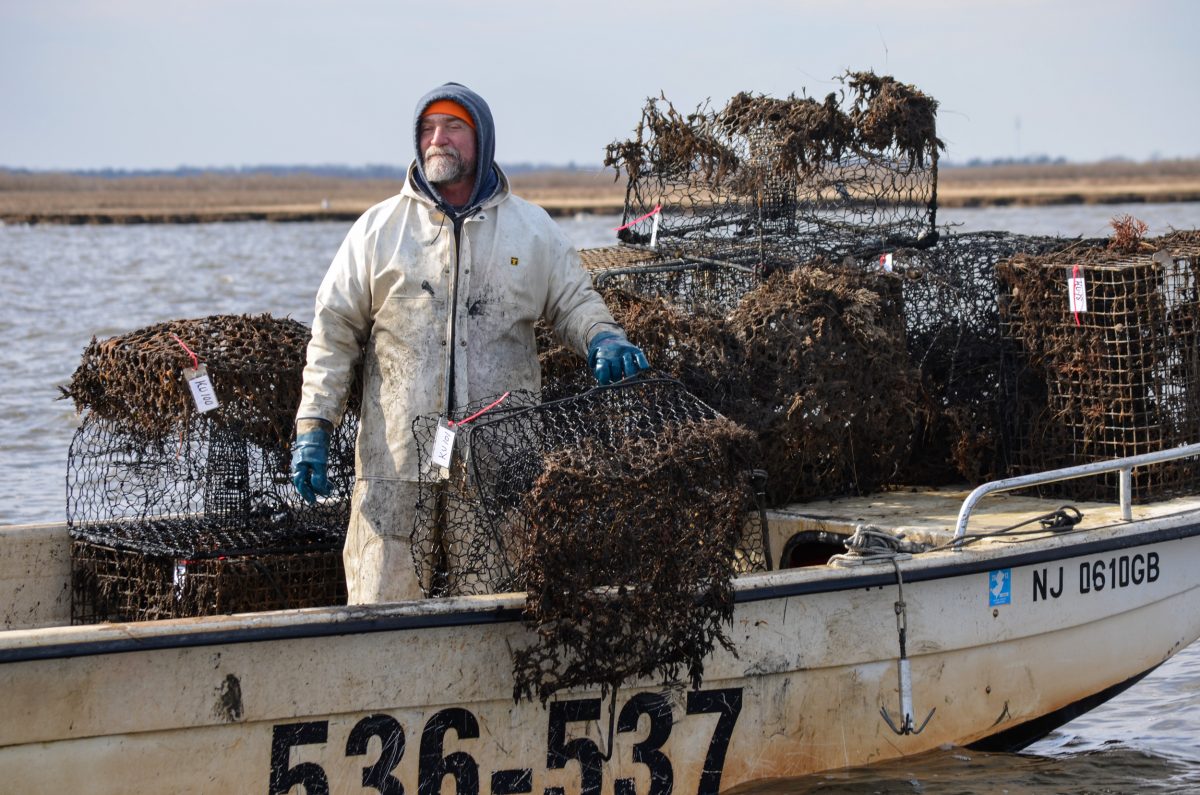 When SU researchers first surveyed Mullica River–Great Bay Estuary in 2009, they saw hundreds of crab-trap waypoints on a single sonar image. Now the same spot might only have 30, says Steve Evert, marine field station manager at SU, who serves as a liaison between the scientists and crabbers.

Evert warns that this project will only be successful for the long-term if crabbers recognize the value of investing in sonar to recover their own traps as soon as they’re lost, even without the promise of a paycheck. Grant funding won’t last forever, he notes.

Evert sees the project’s sonar-trained crabbers as key to getting others engaged. “The more we have the commercial industry being like, yeah, this works, you should try this. I’m telling you, you’re gonna save money over time; it’s good for the resource,” he explains, “the more buy-in we can get that this is a sustainable thing to do.”

Karen needs no additional convincing, but she finds that other crabbers still aren’t willing to invest. “A lot of guys don’t believe in the sonar,” she says, “but you’re a fool because it saves so much money it’s unbelievable.”

For the Unkerts, recovering gear is about more than saving money. “We’re doing this to benefit the whole community,” Warren says. It’s about caring for the shared resource—avoiding unnecessary mortality among the animals, benefitting the fishers who rely on the bay, and keeping the water safe for recreational users, he adds.