From New York to London, Tokyo to Vancouver, coastal communities are swept by endless waves of commerce and culture. This gives rise to art. When governments and market forces in these communities fail to confront challenges such as climate change and overfishing, street artists and muralists offer critiques by projecting new meaning onto artificial landscapes. Art may have the power to influence, or even renew, our relationship with our coasts, but can murals do more than “write” large the anxieties and hopes of their creators?

The Duke of Lancaster

Beached in Flintshire, north Wales, since 1979, the rusting hulk of the once stylish 1950s cruise ship and passenger ferry Duke of Lancaster looms bleakly out of an abandoned era. But just as tides and storms transform coasts, so too can art. With the cooperation of the Duke’s owners, the street art collective DuDug has turned the hull into a colossal canvas. Painters used cherry pickers to create a gallery of artwork up to 18 meters tall, including a surprisingly pretty Lovecraftian horror by Dan Kitchener and a towering portrait of the ship’s first captain by Jeff Evans (aka Spacehop). Organizers hope the graffiti will transmute industrial decay into a cultural attraction. 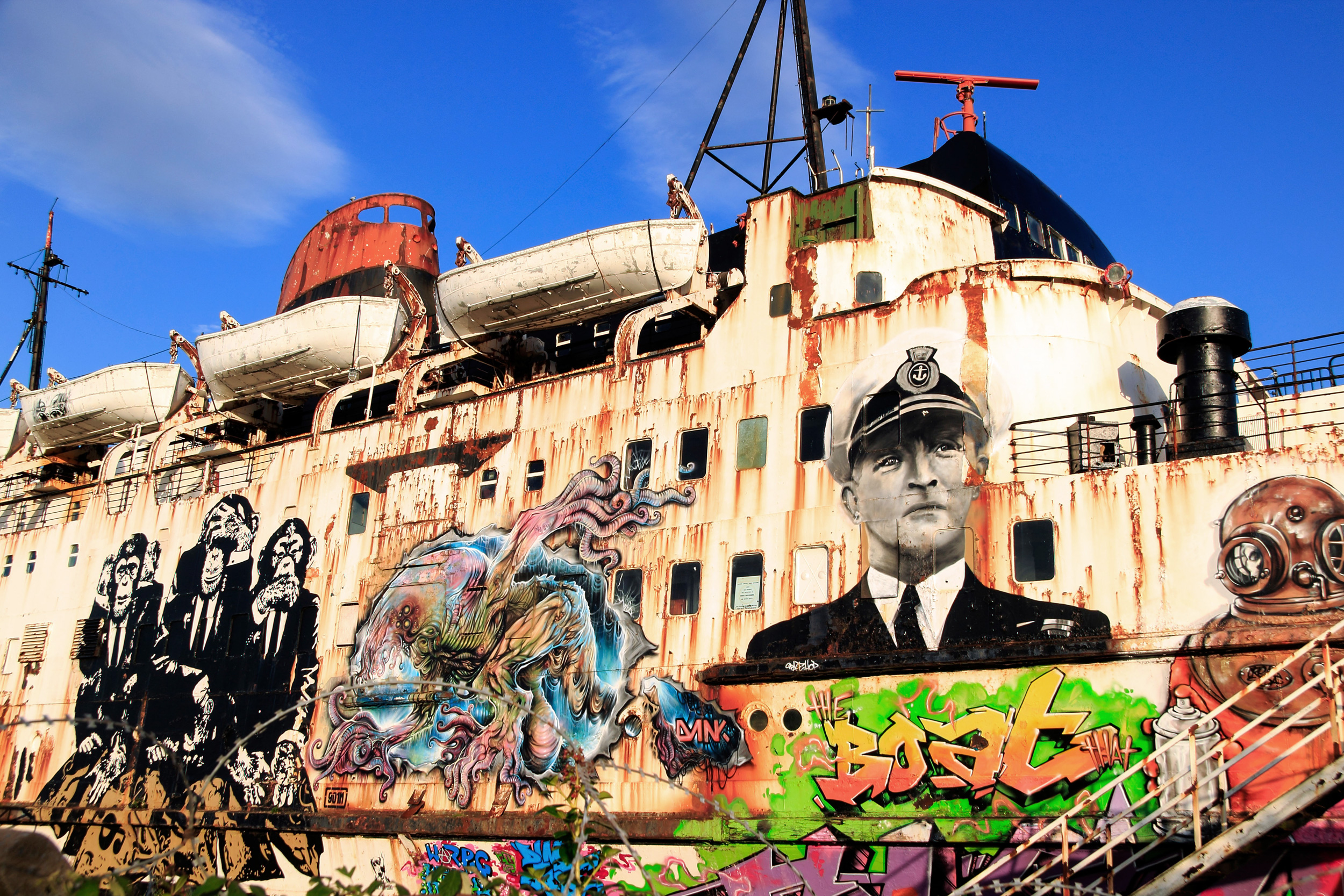 The Duke of Lancaster. Photo by Joanne Moyes/Alamy Stock Photo

Save the Sea and North Pole for Sale

Street artists, such as Antonio Segura Donat (aka Dulk), a graphic designer and illustrator based in Spain, excel at whimsical yet unsettling dreamscapes. In two marine-themed murals—Save the Sea (on a pedestrian walkway in San Benedetto del Tronto, Italy) and North Pole for Sale (in Málaga, Spain)—he imagines a bright, plasticky, post-natural world resembling a theme park, its inhabitants converted into cartoonish products for entertainment and consumption. Whales become carnival rides. A polar bear is shackled to a vendor’s cart. Animals scream, weep, or are sectioned into slices—expressing the artist’s unease with the degradation of nature. 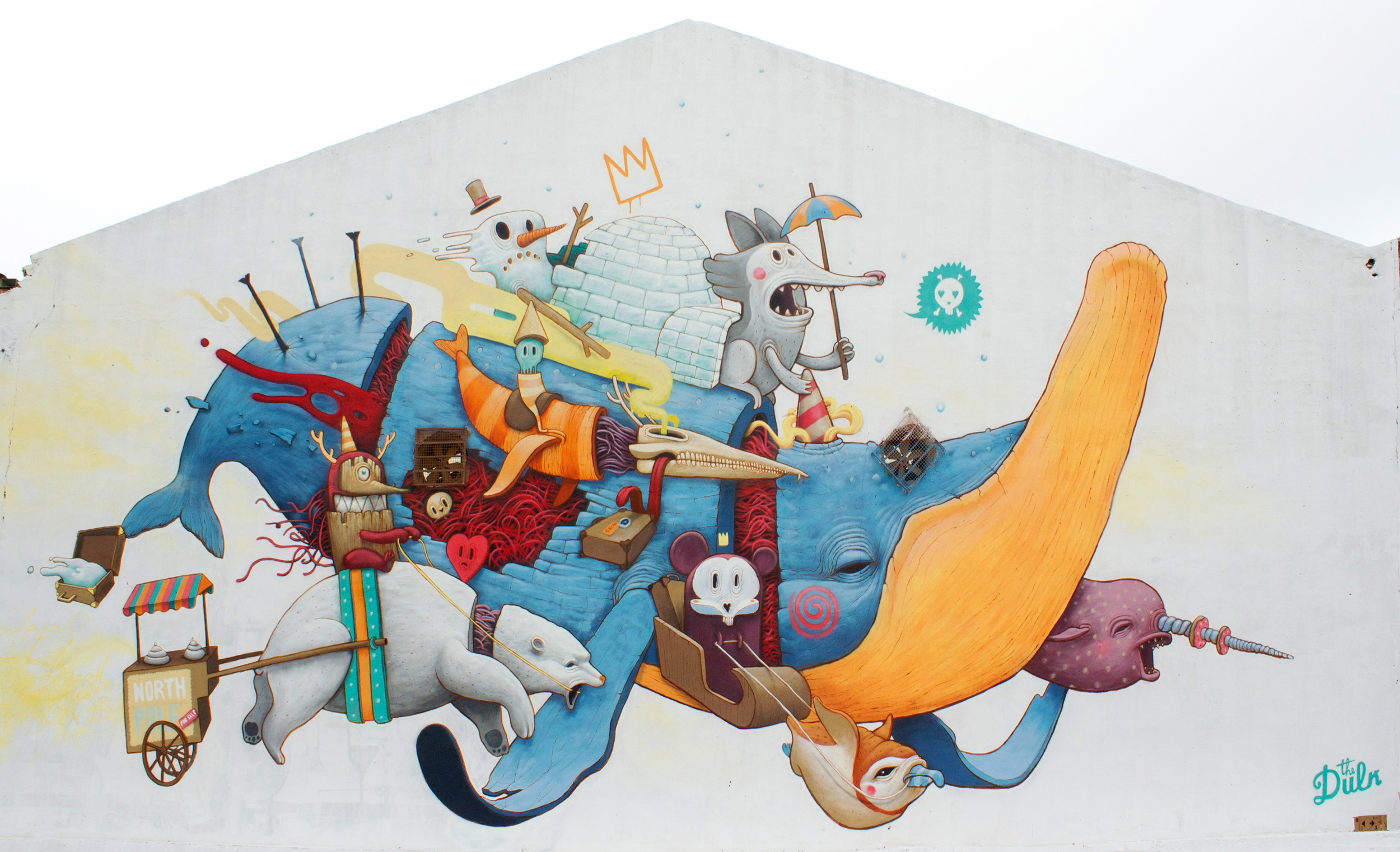 The gorgeous and ominous murals of frequent collaborators Remo Lienhard (aka Wes21) and Onur Dinc (aka Onur) of Switzerland hint that humanity may serve the needs of the post-natural world rather than the other way around. Their mechanized animal forms recall the painterly style of classic science fiction book covers—a traditional vision of “The Future.” The duo creates vast and troubling images of animals subsumed into technological artifacts, machinery, or architecture. In Aalborg, Denmark, one street mural imagines a fishery that bites back, with a defenseless boat dangling before a huge fish’s open mouth. Beautiful and luminous, Big Catch puts our hungry civilization on the hook.

“I don’t believe in global warming”

A darkly comical piece of street art followed the 2009 United Nations Climate Change Conference in Copenhagen, Denmark, where scientists hoped to combat global warming by producing a new binding international agreement to lower greenhouse gas emissions. Infamously preceded by “Climategate” (now discredited allegations of a conspiracy among climate scientists to falsify global warming data), the summit didn’t produce an agreement and was described by many critics as a failure. Days after the summit, a piece of art attributed to renowned graffiti artist Banksy appeared on the wall of a North London, England canal. “I DON’T BELIEVE IN GLOBAL WARMING,” it wryly proclaimed in letters that appeared to slip beneath rising water. 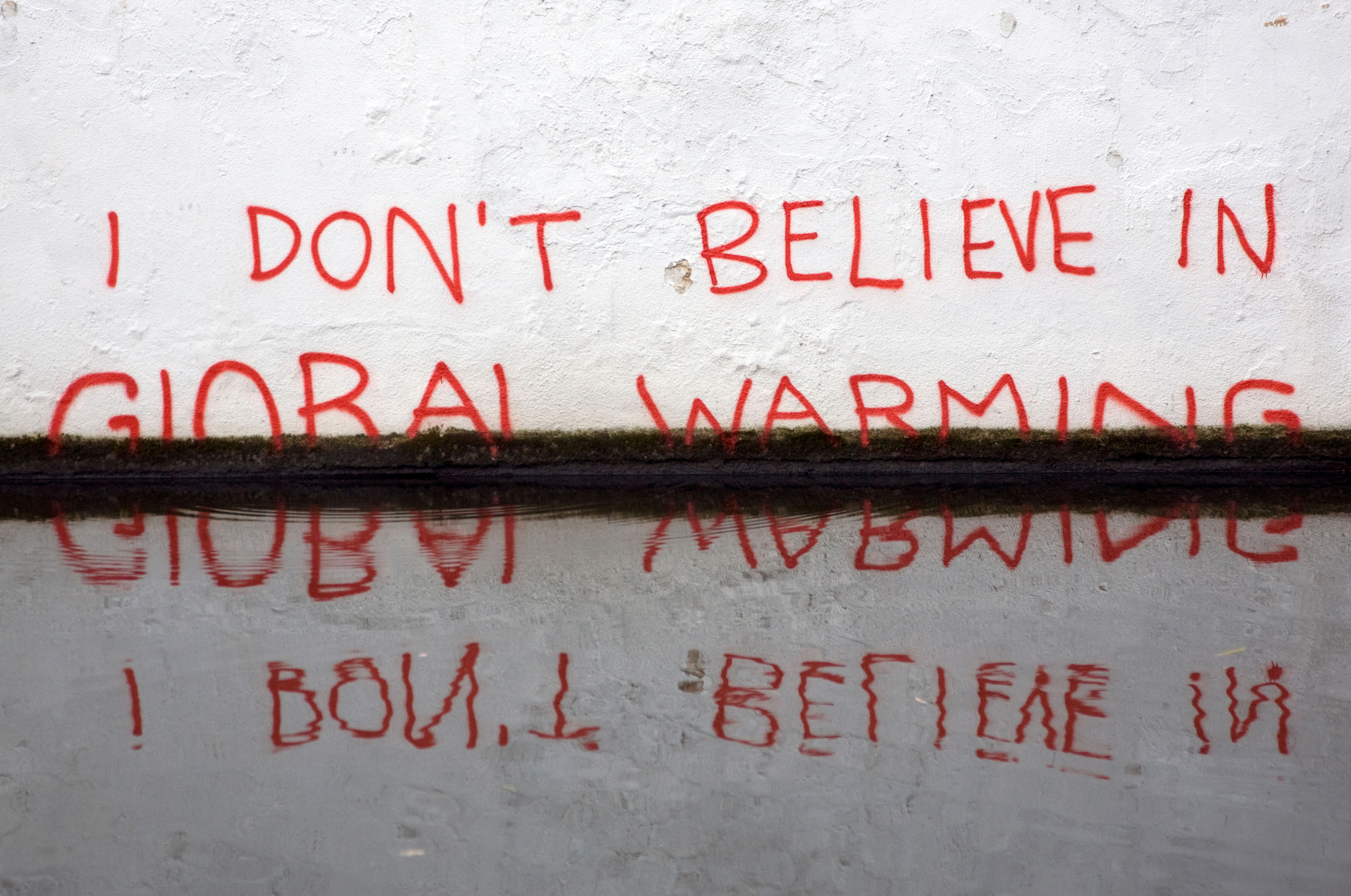 The nonprofit PangeaSeed Foundation promotes awareness of ocean conservation challenges through a public art initiative, Sea Walls: Murals for Oceans, which brings mural festivals to cities around the world. In July 2015, a festival in Cozumel, Mexico, featured the creation of 35 murals that celebrate seascapes and ocean science, while also confronting challenges, such as shark fin harvesting and plastic pollution in oceans. Yet the festival brims with hope and reverence, which can be seen in a prismatic, two-story portrait of famed marine biologist, explorer, and conservationist Sylvia Earle by Allison Torneros (aka Hueman). 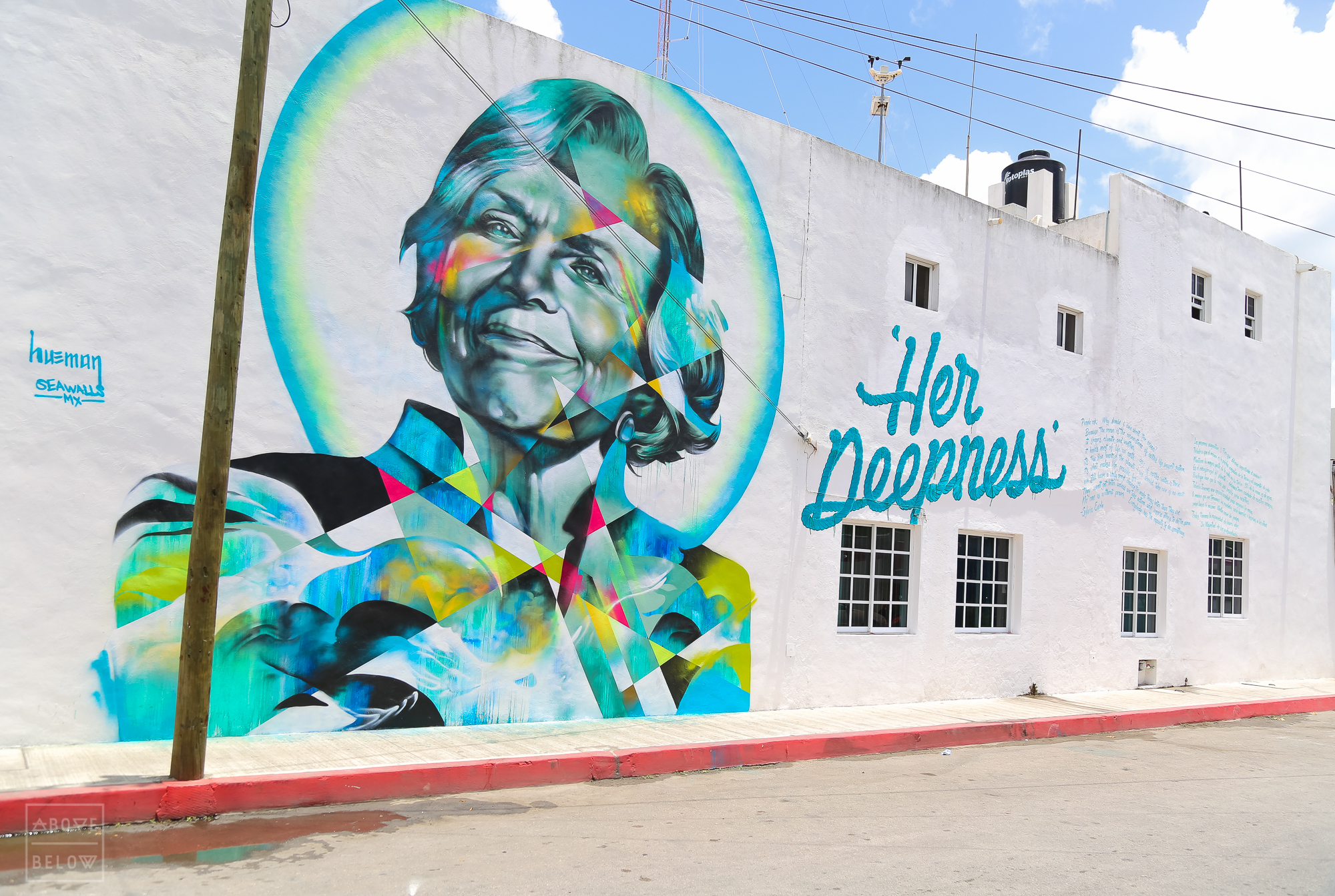 Can the visions of artists truly contribute to the healing of natural environments? Well, what is art if not the deliberate choice to conjure dreams into reality? When we’re capable of such choices, when we can dream works of such beauty, it’s hard to resist feeling buoyed up and carried away by a wave of optimism.