The stick chart shown here is displayed in the UK’s Science Museum. It’s 69 centimeters square and made of the midribs of palm fronds. Photo by Science Museum/Science & Society Picture Library

Crouched low in the wooden canoe, a man feels an island.

Head down, he navigates by interpreting the swells beneath his vessel. The sea’s subtle movements and his years of experience help him read the waves. The choppy sea surface, caused by westward-moving swells refracting around land, tells him an island lies somewhere to the east.

Like most Marshallese navigators, the man in the canoe learned the language of swells from handmade charts called mattang. Along with celestial bodies and bird movements, waves were critical navigation tools for a population scattered among five main islands and more than a thousand islets, many of which are flat, sandy atolls, impossible to see from a distance. To record their knowledge, islanders used the materials at hand. 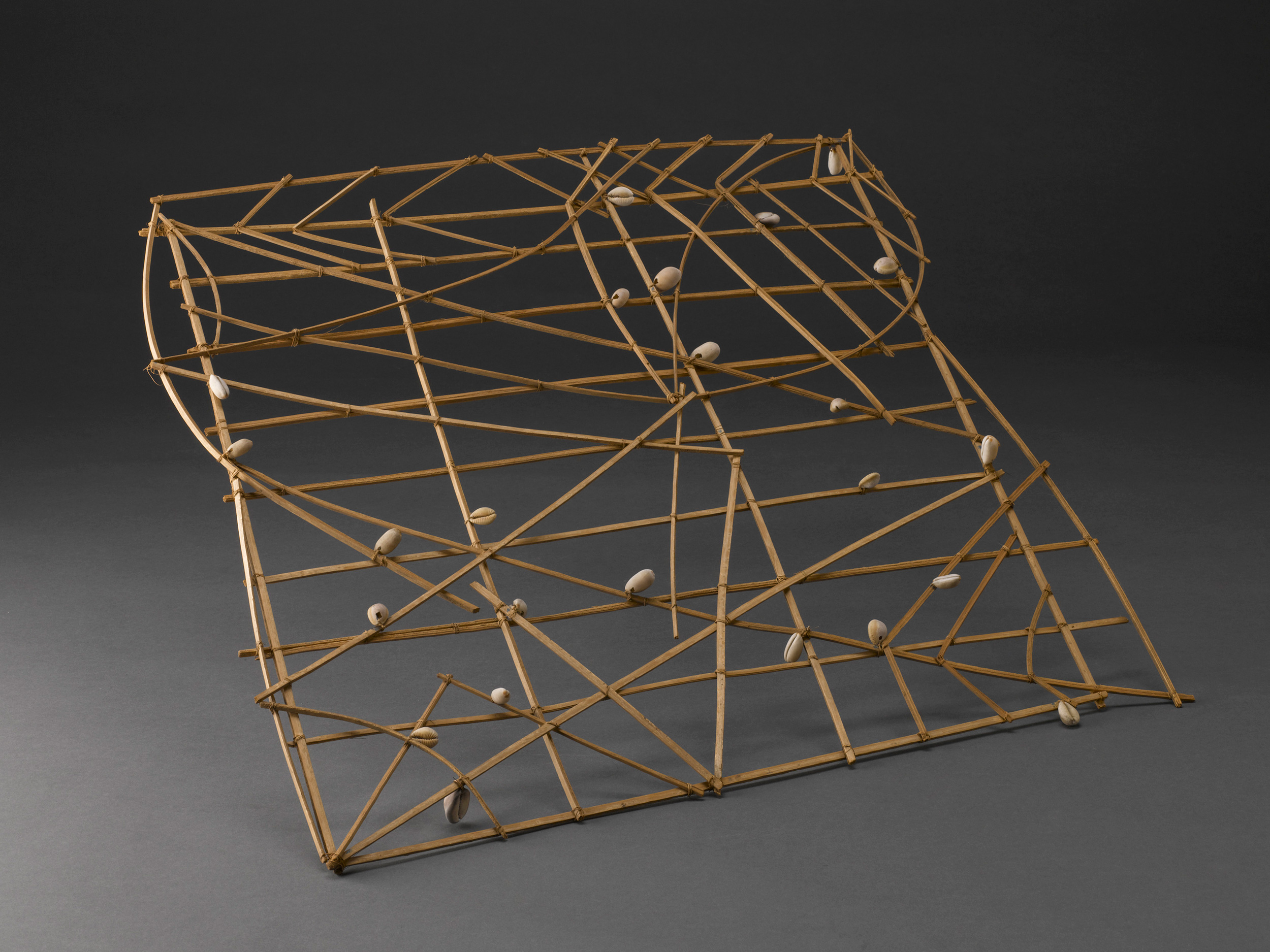 The charts were made from sticks—usually the midribs of palm fronds tied with coconut fiber. The diagonal and curved sticks showed patterns of ocean swells and the fingernail-sized shells represented islands. Chart size varied—this example from the UK’s Science Museum is 69 centimeters square. As a navigation student, the man would have memorized the charts’ patterns at home rather than risk taking the valuable references out to sea.

Surviving charts fall into two broad types: the instructional mattang, which show general principles of wave movement around land, and the rebbelib, literal maps depicting islands and swells. (A third type, the medo, sometimes considered a subtype of the rebbelib, shows smaller areas or fewer islands.)

Over time, these traditional charts waned in use, particularly after the Second World War. Several elders still make the stick and shell charts, but only a few can read them, and they are mainly sold as tourist keepsakes.