In 1940, nearly a century after the start of British occupation, the port city of Hong Kong bustled with merchant and military ships. Photo courtesy of the UK National Army Museum

If you had stood atop the highest peak on Hong Kong Island, on January 26, 1841, you could have seen a British naval squadron assembled in the harbor below. With a spyglass, you might have made out the commodore stepping ashore to toast Queen Victoria and declare the island her territory. There were no signs of dissent from the Chinese military or the local villagers, who numbered fewer than 7,500. It was a mild kickoff to what would add up to a century and a half of British rule.

Just days earlier, China had agreed to cede Hong Kong Island to Britain during negotiations to end the First Opium War. Although the arrangement wasn’t formalized until the following year, the gents with the stiff upper lips got right to work poshing-up the place. They built a town for the burgeoning population and named it after Queen Victoria (though the name is no longer in use), and in 1860, at the end of the Second Opium War, the colony pushed onto the Kowloon Peninsula across the harbor. An 1867 guide “for travellers, merchants, and residents in general” authored by government officials boasted that the population had increased “in a most wonderful manner” to 125,504.

The colony grew again in 1898—roughly to modern Hong Kong’s current boundaries—when China granted Britain a 99-year lease to the area from Kowloon Peninsula north to Shenzhen River and to 230 surrounding islands.

1900: By the turn of the 20th century, the British colony on Hong Kong Island was already starting to encroach on the slopes of Victoria Peak. The full panorama can be seen here. Photo courtesy of Cambridge University Library

2012: Viewed from Kowloon Peninsula, Victoria Peak appears to have been eclipsed by the skyscrapers of modern-day Hong Kong. Photo by Mark Garrison

By 1940, nearly a century after the British took over Hong Kong Island, the view from the same hilltop, by then called Victoria Peak, would have been barely recognizable. The villages and hamlets that once dotted the harbor had been replaced by a colony of a million and a half people, and commercial and military ships dwarfed local fishing boats.

If you had, indeed, stood on that peak in 1940, chances are good that you were white, since a law prohibiting Chinese people from living in the Peak District (in order to create “a healthy place of residence … for all those who are accustomed to a temperate climate”) wasn’t repealed until 1946. 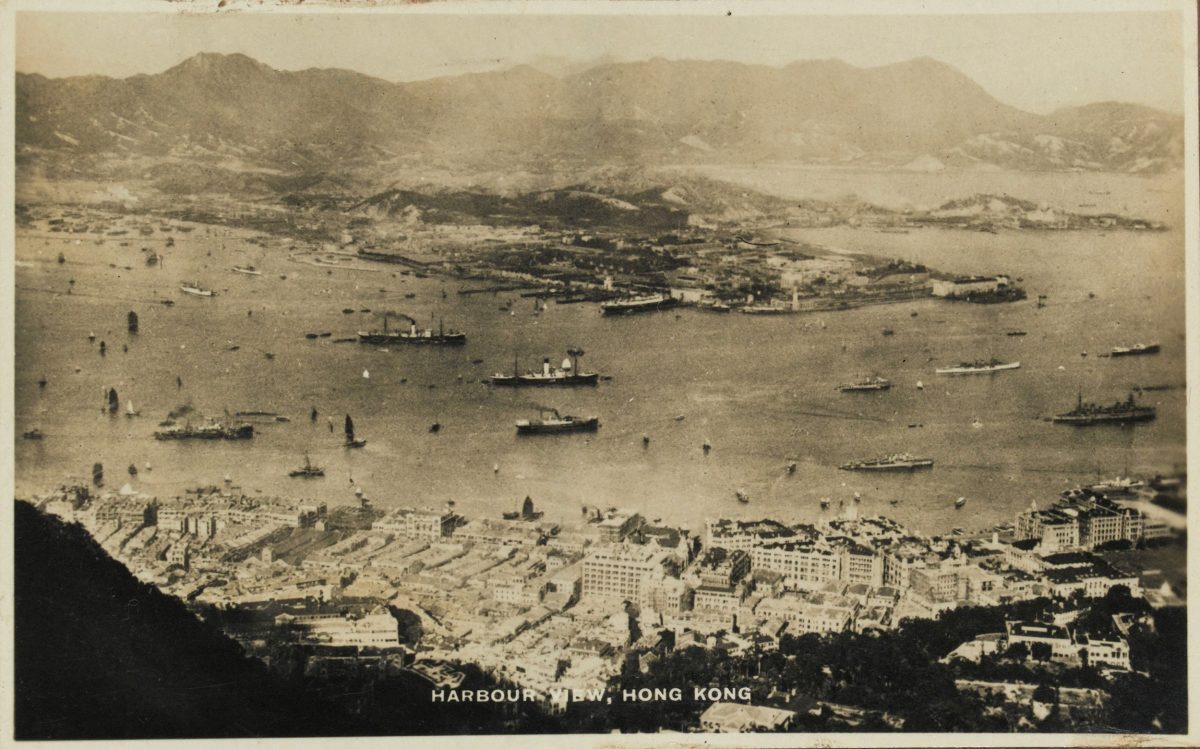 1940: This view from Victoria Peak shows Hong Kong’s harbor, with Kowloon Peninsula in the background. Photo courtesy of the UK National Army Museum 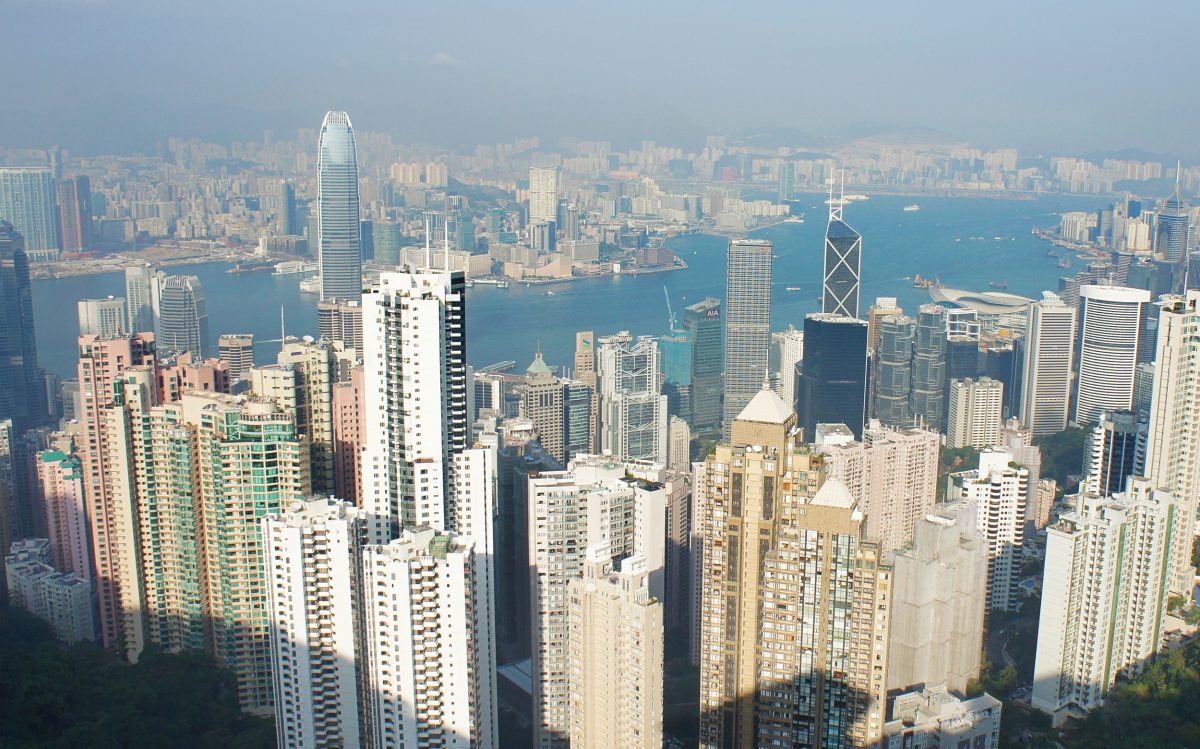 Today, Victoria Peak is a tourist draw, enticing visitors with restaurants, shops, and a viewing platform. Looking down on the city, it’s easy to imagine that an army of skyscrapers suddenly burst out of the harbor and began advancing up the slopes. Development stretches into the distance, and a population greater than seven million squeezes into barely more than 1,000 square kilometers, making Hong Kong one of the most densely populated regions in the world.

In 1997, when Britain’s 99-year lease was up, all of Hong Kong reverted back to Chinese control. It now exists as a “special administrative region” of China. The transition has had its rough patches, but Victoria Peak is still agreeable to those “accustomed to a temperate climate,” regardless of race.