Around the turn of the 20th century, an unscrupulous American sea captain acquired this unusual blue hunter’s hat on Kodiak Island, just off the southern Alaska coast. D.F. Tozier was an officer in the US Revenue Service, and, according to reports, he amassed a large collection of Northwest Coast artifacts, often by stealing the things he coveted or intimidating reluctant sellers. No one knows just how Tozier laid hands on this hunter’s hat, now in the collection of the National Museum of the American Indian in Washington, DC. 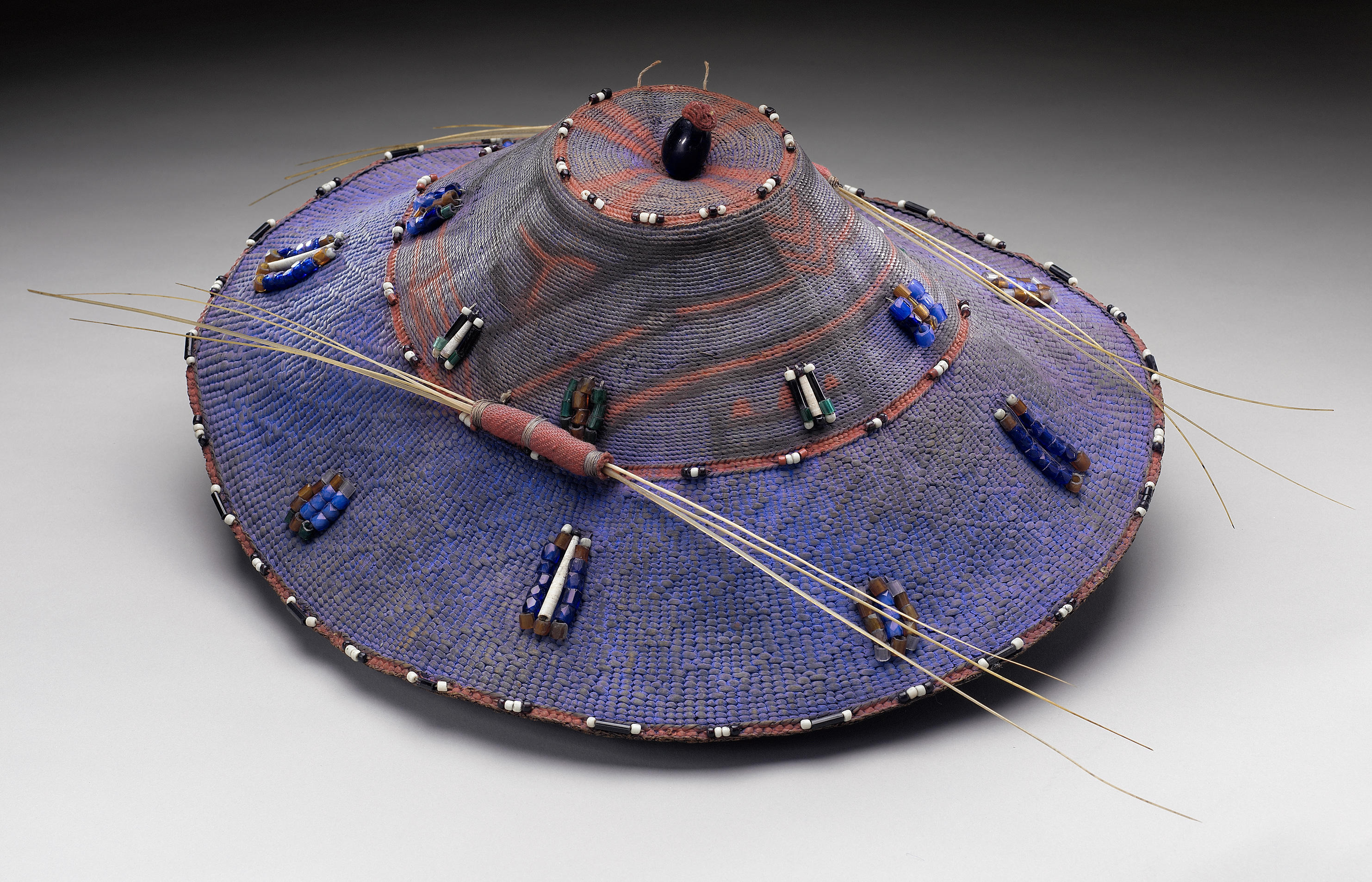 The Alutiiq people of Kodiak Island were masters of northern coastal waters: they speared sea lions and hunted whales with poison-tipped harpoons. They passed down their hunting hats from one generation to the next as cherished family heirlooms.

Whoever made this particular hat adorned it with beautiful things from the sea. Long white dentalium shells gleam from the brim, and two small bundles of sea lion whiskers perch below the crown, a reminder of the intimate connection between the hunter and his prey.

But the most stunning part of this hat is its rich royal-blue color. Where did the Alutiiq find this dye? Melonie Ancheta, a Washington State artist who specializes in the study of Northwest Coast Native pigments and paints, says that the Alutiiq and many of their coastal neighbors traditionally used vivianite, a blue clay found along the Northwest Coast.

But the hunter’s hat bears no trace of that substance, Ancheta says. Instead, the maker chose something completely different: a laundry bluing product, such as Reckitt’s or Mrs. Stewart’s, which had a blue dye that made dingy whites appear as cleaner and brighter. “On this hat it was probably used full strength to provide such a saturated color,” writes Ancheta in an email to Hakai Magazine.

Early foreign merchants or traders likely brought laundry bluing to Kodiak Island, and the Alutiiq were quick to see a new, useful purpose for the product. They had learned long before that the key to survival along the Alaska coast lay in adaptability. In this hunter’s hat, they simply adapted again.