A Heiltsuk First Nation artisan carved this transformation mask, portraying a clam and a human face, in the late 1800s. National Museum of the American Indian, Smithsonian Institution 9/2227. Photo by NMAI Photo Services

They are humble yet mighty, and often overlooked. Yet, just one taste of a freshly dug clam had the power to transform a person’s perspective during a bleak, lean winter along North America’s Pacific Coast. Clams were a reminder that—as indigenous people have known for generations—when the tide is out the table is set.

Measuring slightly longer than the average human face, this mask, like the shellfish that inspired it, is transformative. Literally. At rest, it is a clam, but when the two halves are slightly ajar, a human face emerges.

The mask—beautifully constructed in wood, leather, and cotton string—was collected by US Navy Lieutenant George T. Emmons, who was stationed in Alaska in the late 1800s. It’s unclear exactly where or how he obtained the mask, but collection notes say it came from Bella Bella, a village of the Heiltsuk First Nation about 480 kilometers northwest of Vancouver. There were a number of artists in Bella Bella at the turn of the century, but the mask’s style suggests it may be the creation of Captain Richard Carpenter, a Heiltsuk man from the village of ‘Qvuqvai, who applied a distinctive design style and painting technique to his carvings. 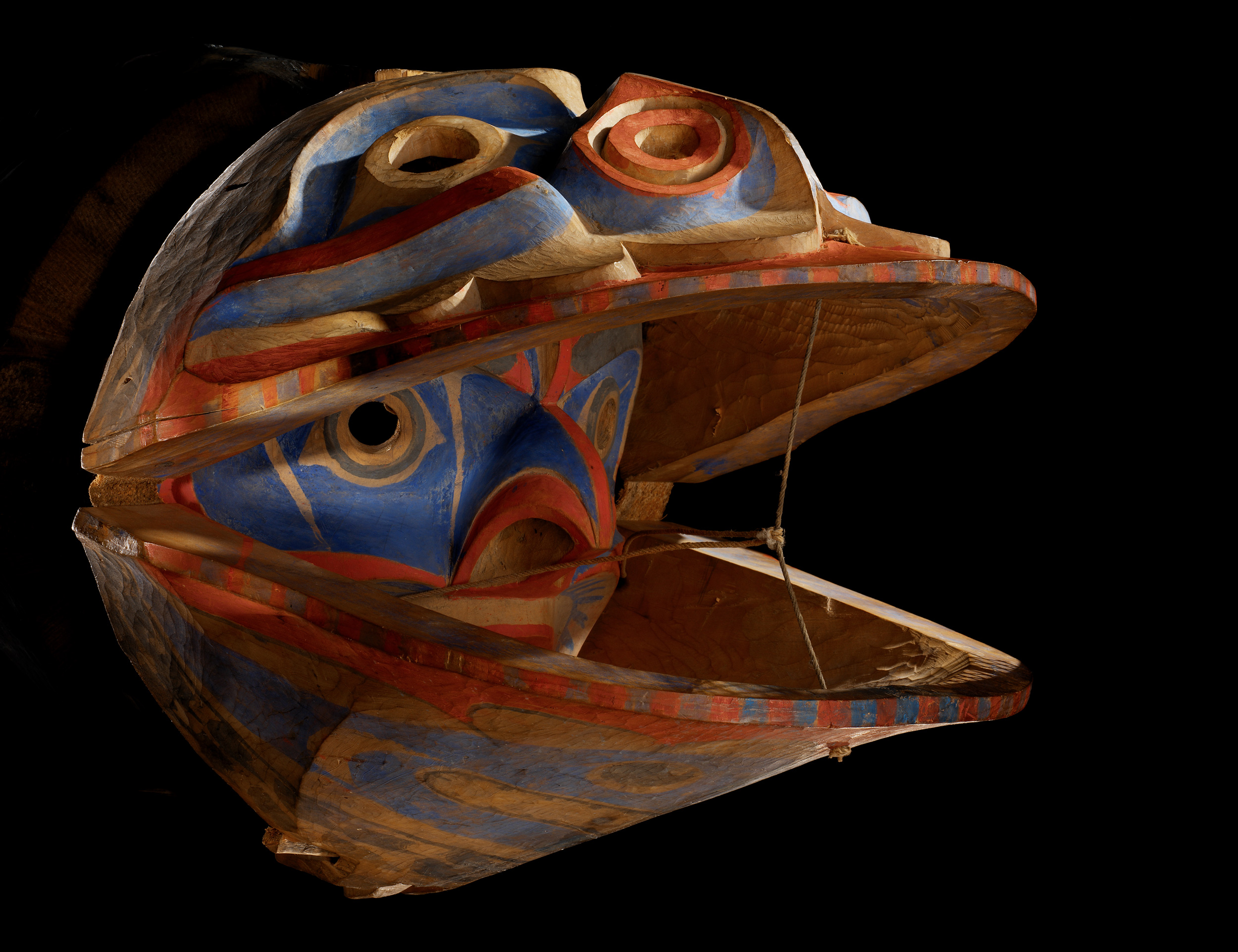 Today, Bella Bella is the Heiltsuk First Nation’s primary village and the home of some of Carpenter’s descendants. The community’s long reliance on the ocean for sustenance makes it no surprise that the carver was inspired by the creatures around him. According to Harvey Humchitt, a hereditary Heiltsuk chief, clams have been a staple food for as long as the Heiltsuk have lived on these shores. For many centuries, the Heiltsuk have tended clam beds to enhance habitat and give families easy access to a consistent food supply.

“Since clams are so important to us, they also play a role in some of our cultural activities and events,” Humchitt says. The clam mask tells a story of clams that transform into people, a legend that is also relayed through a traditional dance. It’s a story that blurs the line between the human and animal world, a reminder that the two are really one, and all beings, even the little ones, have a big presence at the table.