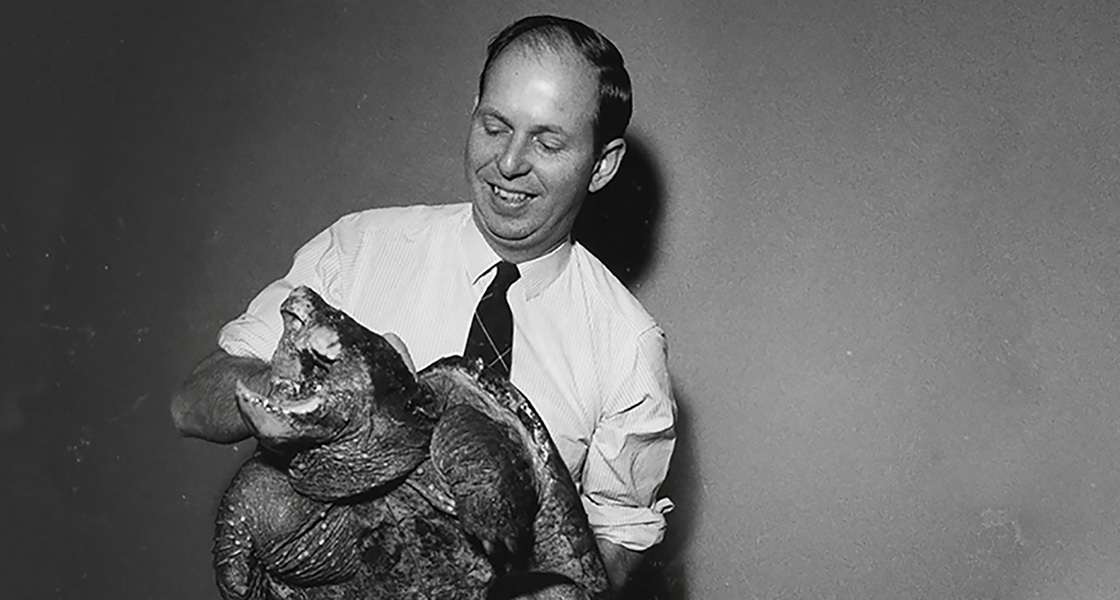 In Departures we present memories of well-known people—famous or infamous, loved or loathed—who had strong connections to the coast.

I first met Murray Newman at his West Vancouver home in 1996. I asked for an interview because I wanted to understand what kind of man would harpoon a killer whale. Moby Doll, the first killer whale ever displayed in captivity, was caught in 1964 for the Vancouver Public Aquarium in British Columbia. The hunt was Newman’s idea.

Newman, founding director of what is now the Vancouver Aquarium, died suddenly of a stroke at age 92 on March 18, 2016. We’d remained in touch all these years as I developed a book and documentary about Moby Doll, and just a few months ago I was at his house for a visit with him and Katherine, his wife of 60 years. Newman was robust and his memory sharp, so I was shocked by the news.

Newman had a long list of accomplishments, but the whale hunt was a defining moment in his career and for British Columbia, today home to the world’s most studied population of Orcinus orca. But in the early 1960s, most scientists misunderstood the whales; even marine mammal experts believed killer whales would eat a human as handily as they’d swallow a seal. Newman’s plan was to kill a killer and use the corpse as a model for the world’s first anatomically correct, life-size replica. 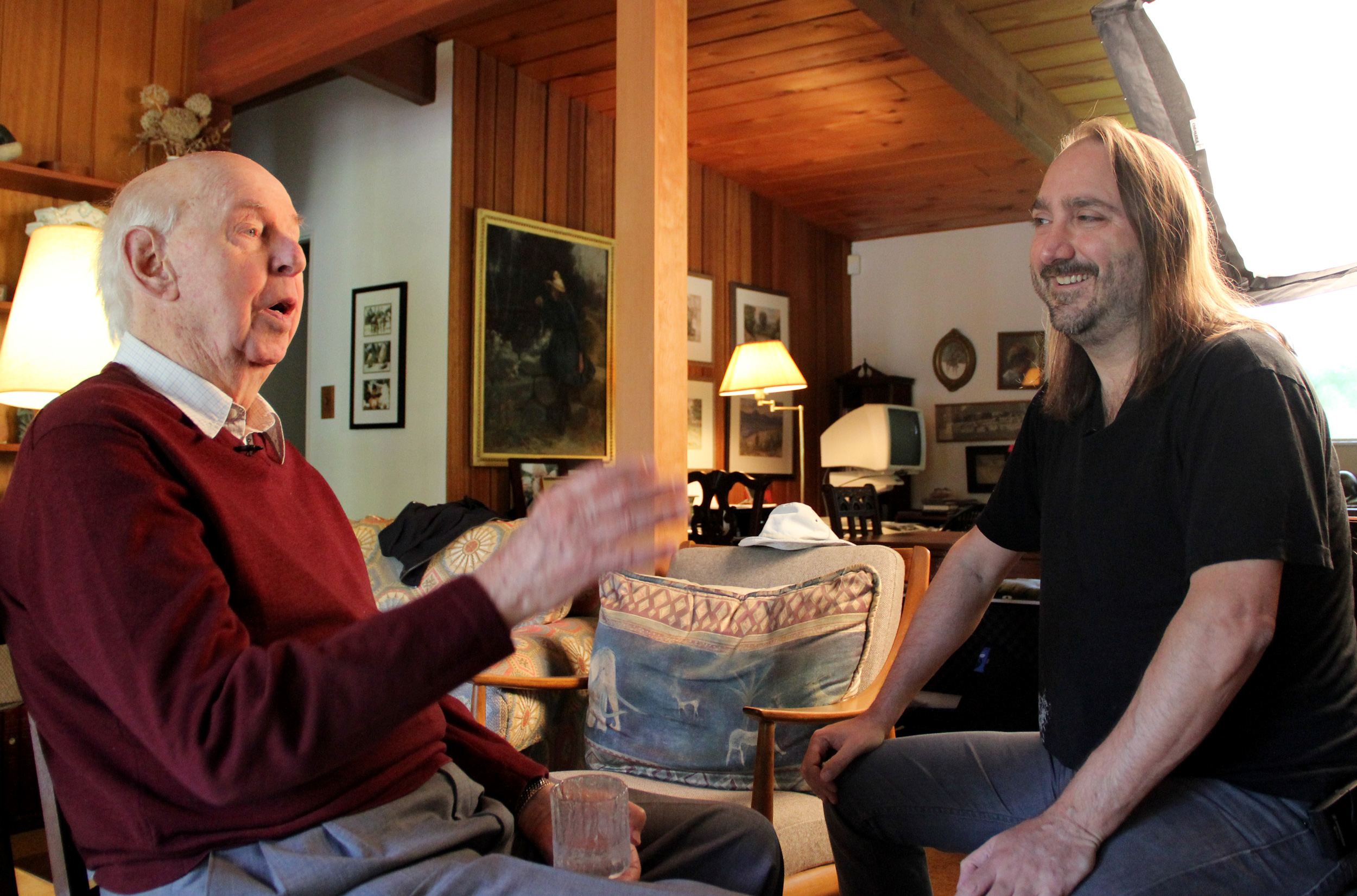 Author Mark Leiren-Young interviewed Murray Newman many times over the course of two decades. Leiren-Young is working on a documentary about Moby Doll, the killer whale Newman and his aquarium team caught in 1964. Photo by Tav Rayne

The team set up camp on Saturna Island, less than 50 kilometers from Vancouver and where orcas swim close to shore. Newman’s amateur harpooner missed the “kill shot,” but the whale had been snagged. After some debate, the team decided to take the creature—named Moby Doll by Newman—to a Vancouver dry dock. The event changed scientific history forever. People were permitted to view the whale for a single day and were shocked that it didn’t seem dangerous. Public perceptions about killer whales shifted. Moby Doll was later moved to a makeshift pen at a disused military base at Vancouver’s Jericho Beach. When the young male whale died after 87 days in captivity, every aquarium wanted its black and white beauty from the sea. Moby Doll ignited public interest in the species and his capture paved the way toward a new era in cetacean research, one that took place in the animals’ habitat, and helped launch the careers of researchers who would make their own marks in marine mammalogy.

One of the world’s experts on killer whale acoustics, John Ford, now director of the Cetacean Research Program at the Pacific Biological Station in Nanaimo, BC, was nine years old when his dad took him to meet Moby Doll at the dry dock. Later, at age 18, Ford worked at the aquarium, sweeping up popcorn after whale shows. That’s when he first met Newman. “I was always impressed by how much Dr. Newman cared for and took an interest in his staff,” Ford says. Newman was known for sneaking up on staff and volunteers in his Hush Puppies and asking, “What have you learned today?” The floor sweeper’s answers must have been impressive. A year or so after Ford hung up his broom, Newman was urging him to get a PhD, then hired him as the aquarium’s first marine mammal curator in 1988.

Marine scientist and educator Elin Kelsey began working with Newman in the mid-1980s and ran the aquarium’s exhibits and interpretation division. Kelsey recalls a scientist who spent his life learning about the marine ecosystem and inspired many others. “What I have come to truly admire about him was his capacity to imagine the Vancouver Aquarium as a world-leading institution at a time when it would have been easy to be content being a small-scale, local attraction,” Kelsey says. “He dreamed of an aquarium appropriate to the scale of the international city Vancouver has become.” 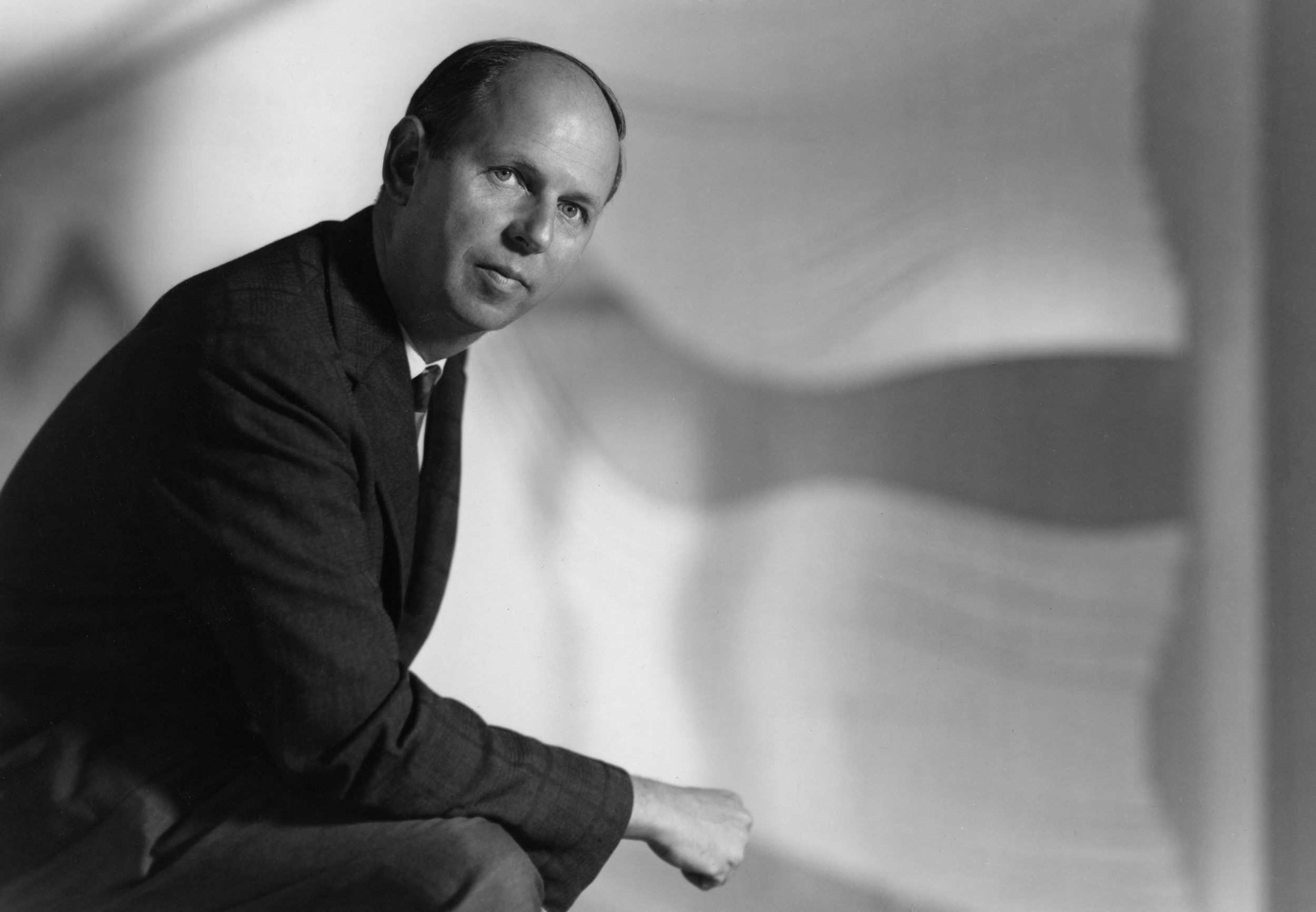 Newman’s fascination with fish was a lifelong love affair. He grew up in Chicago, but when fishing with his father, Newman was more interested in studying the trout in the water, than watching his father hook one. After serving in the US Navy in the Second World War, trout behavior became the subject of his master’s thesis at the University of California, Berkeley. He moved to Vancouver to pursue his PhD at the University of British Columbia because tales of BC trout fascinated him. He was hired to shape and run Vancouver’s public aquarium in 1955, which he did until his retirement in 1993.

So why would someone who loved sea creatures want to kill a killer whale? The answer is bound up with another story, one about another sea creature, the basking shark.

The first day we met, Newman explained how people, including scientists, viewed killer whales negatively in 1964. So much so that government officials had mounted a machine gun on Quadra Island (not far from Saturna) to kill orcas for the “crime” of eating salmon. Though no one fired on killer whales, the gun’s presence showed how, in Newman’s view, humans were the ones acting like monsters. If gunning down whales wasn’t evidence enough of our capacity for cruelty, Newman launched into a story about basking sharks. Canada’s coast guard had mounted a spike on one of its boats to slaughter almost every basking shark in BC waters; the goal was to eradicate a pest, harmless plankton eaters, that frequently got entangled in fishing nets. Newman, intrigued by killer whales, wanted to study them before they were similarly slaughtered. No one imagined killer whales could ever be taken alive, so he came up with a plan to capture a specimen, which would allow a sculptor to craft a model, and scientists to study its organs and dissect its brain.

Almost 50 years after the historic hunt, Newman attended a 2013 symposium on Saturna Island examining Moby Doll’s legacy and the incident that changed everything we know about killer whales. He urged the audience of 200 killer whale experts and enthusiasts to lobby for a temporary moratorium on herring fishing in the Salish Sea to help revitalize the chinook salmon, the primary food source for Moby Doll’s family—the killer whales now known as Southern Residents, and beloved by coastal dwellers. He also talked about the importance of ending whaling everywhere and turning the Salish Sea into a sanctuary for the orcas he hoped to save. “When you go to Africa, you want to see the lions on the Serengeti,” Newman told me. “And when you come to British Columbia, you want to see the killer whale.”