The North Sea cod fishery is famous for what it is not: thriving. Back in 1992, it was just one of many cod fisheries across the Atlantic that collapsed after cod stocks plummeted, leaving fishermen from Newfoundland to Scotland without jobs.

So why didn’t England’s iconic fish and chip shops close, too?

The answer is both simple and complex. The simple version: fish and chip restaurateurs just substituted another whitefish for the usual cod fillet. To prepare this classic British fast food, cooks batter and deep fry the fish, and most consumers couldn’t tell that there was a difference in the meat. Purveyors simply bought fish that came from elsewhere, and where mattered less to them than securing an affordable supply.

The complex answer, however, is wrapped up in the global economics of seafood, a research area that, while still in its infancy, is important to understand for the sake of saving fish stocks.

Now, a group of fisheries economists and ecologists have analyzed the beleaguered North Sea cod fishery as a case study illustrating what many instinctively knew: the demand for fish and chips stayed constant because the fish market doesn’t respond to classic “price signaling.” In a typical market, these signals normally tell consumers the state of what they are buying: expensive = rare, and cheap = plentiful. But in today’s globalized seafood industry, multinational companies that trade seafood around the world have created long supply chains, from the fisherman’s hook to the diner’s plate, effectively masking and drowning out price signals to seafood consumers.

“The link between consumers and the environment is starting to get diluted,” says Wilf Swartz, a fisheries economist with the University of British Columbia Nereus Program and a coauthor of a paper published earlier this year in the journal Fish and Fisheries. According to Swartz, as global supply chains subsume local fisheries, it’s easier than ever for sellers to just swap out one fish for another.

Couple that with a lack of transparency in these long chains and the price signal from any local fishery weakens—even if it’s become a distress signal—and certain seafood products stay cheap even as trouble looms.

“Even when the stock is overexploited, we can’t expect the market to respond,” Swartz says, because consumers can’t be expected to respond if they don’t have information.

In search of the complex answer to their “fishonomic” question, Swartz and his colleagues at the Stockholm Resilience Centre at the University of Stockholm in Sweden, a unique alliance of ecologists and economists, analyzed historical data from the devastated North Sea cod fishery. The fishery had been widely studied and had generated a lot of data, from catch size to market prices. Such information is scarce for many other fisheries.

Studying the North Sea cod’s role in the quintessentially British fish-and-chips dish also appealed to the researchers. It was “an iconic species … and an iconic way of eating seafood,” says coauthor Tim Daw, a coastal resource systems researcher at the Stockholm Resilience Centre.

As they dug in, the group quickly noticed that even as North Sea cod populations had collapsed, the price signal for that packet of fish and chips hadn’t changed, and neither had demand. The major culprit was substitution, where one generic-tasting fish is quietly substituted for another. In the case of the North Sea cod, wholesalers and retailers just switched to fillets of cod caught somewhere else in the Atlantic, or beyond. This kept consumers’ bills from skyrocketing. But it also kept them in the dark about the North Sea cod’s ecological problems. The research suggests that if prices had risen, they might have signaled to consumers that the stocks were in trouble, and diners might have balked and picked other dishes, which in turn might have bought the cod a reprieve. But prices stayed constant, and so did demand. 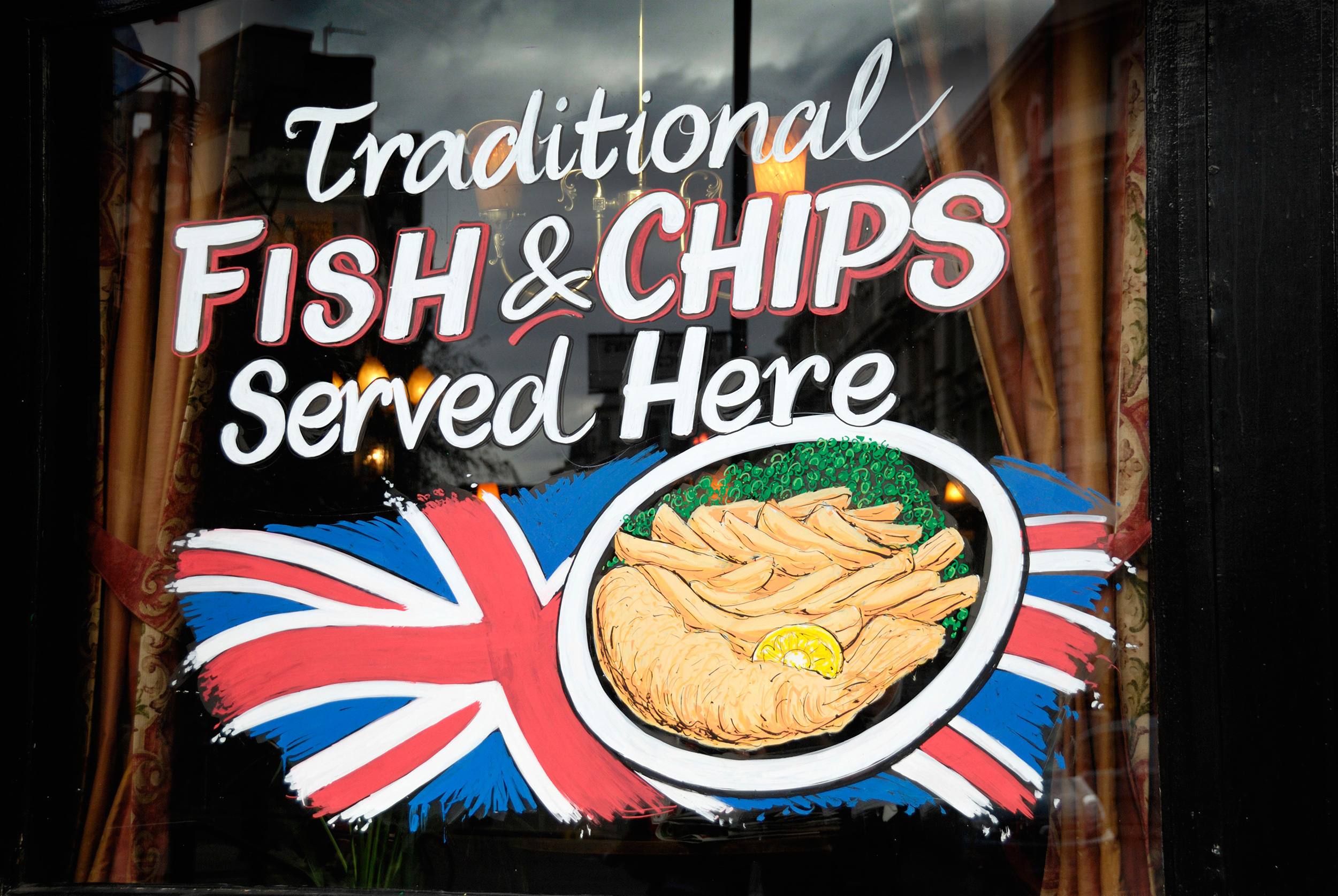 When North Sea cod stocks collapsed, why didn’t the price of fish and chips skyrocket in the UK? Photo by Roberto Herrett/Loop Images/Corbis

Substitution sounds like a good thing in principle: when one resource becomes scarce, another one can meet demand until it recovers. But fisheries tend to work differently in real life, Daw says. Instead, substitution may lead to a domino effect of decline and collapse. Because harvest is driven by demand, when fishermen exhaust a resource in one place, prices for that commodity don’t increase as you might expect—the fishing efforts just shift to another location.

As a result, the price signal from any single local fishery is overridden, creating a chain reaction of overexploitation that may outpace any one stock’s recovery.

Daw cites another example of this cascading collapse: the Japanese sea urchin fishery. Local stocks became overexploited in the 1940s and ’50s. The fishery expanded to the wider Pacific Rim through the 1960s, to Australia and the western United States by the 1980s, and worldwide by the 1990s. This allowed the Japanese market to substitute urchins from afar for the vanished local ones.

“You could see the source of these sea urchins spreading out across the world as the resources were overexploited so that [Japanese] consumers were still getting their product, but it was coming from this pattern of sequential exploitation,” Daw says.

Authorities also find fisheries notoriously difficult to regulate and monitor, especially in the developing world, which makes it easy for fishermen to continue overfishing a resource past the point where it can ever recover.

While the researchers studied this phenomenon in cod, Swartz says they’d expect to see the same thing in other species, especially in seafoods that are interchangeable, at least taste wise. And seafood products that are highly localized and species specific should resist the price-signal effect. In general, that tends to hold true.

Daw cites Cromer crab as an example. This North Sea crustacean is traditionally caught off the east coast of England and sought after for its flavorful, delicate meat. “If that fishery experiences difficulties,” Daw says, “if it becomes overexploited and the supply of crab declines, discerning consumers will notice that the price will go up, because you can’t substitute crab from somewhere else and call it Cromer crab, if Cromer crab is what you’re after.” That makes Cromer crab very resistant to substitution.

The team’s research doesn’t surprise Santi Roberts, science manager for the Monterey Bay Aquarium’s Seafood Watch program. “I love the way they’ve managed to document and explain the ways that this happens,” he says, “and it’s great to see some evidence for what I have assumed to date.”

But if substitution and overexploitation are contributing to the collapse of fish stocks, what’s the solution? Creating transparency is one step forward, Roberts says. Conservationists may spend time and resources assessing the health of a particular species fishery by fishery, but once the fish vanishes into a long, murky supply chain, tracking it, while technically possible, is a challenge. At the other end, consumers can’t tell if they’re buying from a sustainable fishery.

The Stockholm research group agrees. They argue that improving transparency could turn up the volume on price signals loud enough for consumers to hear. Maybe consumers can’t taste the difference between North Sea cod and other whitefish, but they could read a label that told them exactly what they were eating so they knew if their cod was, perhaps, less than codlike or had been shipped in from afar. 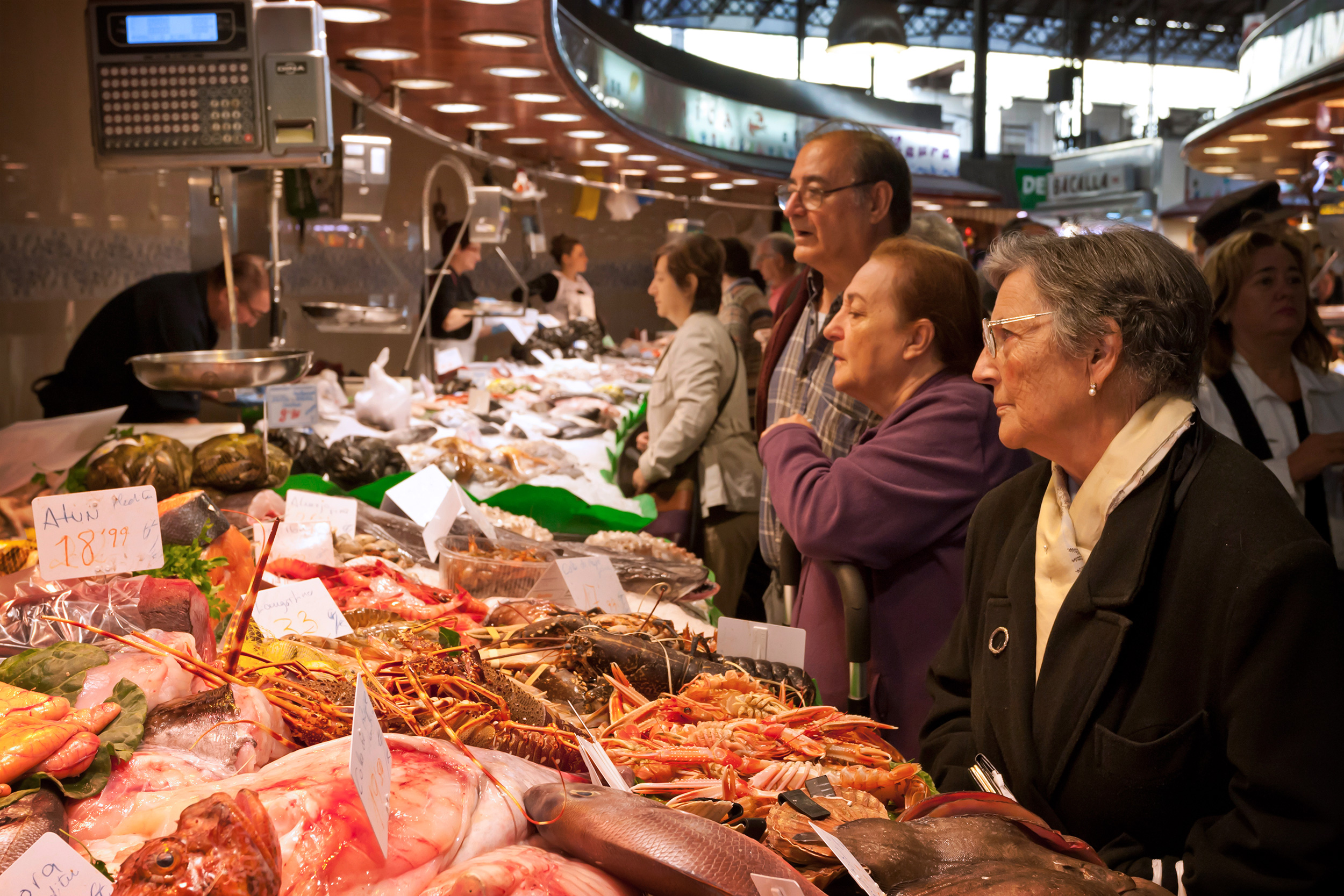 Some international groups, such as the UK-based Marine Stewardship Council, have already developed certification programs in an effort to rigorously document where a fish comes from and who has handled it. And in 2009, Canadian supermarket chain Loblaws said it would move toward sourcing 100 percent of its seafood from certified sustainable fisheries. But Roberts says these programs are still a work in progress.

Transparency is just one challenge when it comes to making the seafood market more sustainable. For example, some fisheries economists disagree that price signaling in the fishing industry actually matters much. Ragnar Árnason, a professor of fisheries economics at the University of Iceland, questions the paper’s premise that increasing seafood prices could reduce demand on overexploited fisheries, an assumption that he calls “almost surely mistaken.” Especially in poorly managed fisheries, “the impact will almost surely be to increase overexploitation and reduce fish stocks even further,” he writes in an email. In other words, when fish prices rise, fishermen will increase their catch.

In response, Swartz notes that the group studied how consumers, not fishermen, changed their behavior in response to prices. He adds that overexploitation was not inevitable and could be addressed through proper management. But Swartz and Daw both acknowledge that having a stronger price signal doesn’t automatically benefit the species. For example, luxury seafood products such as sashimi-grade bluefin tuna can sell for hundreds of thousands of dollars per fish in Japan, and scarcity itself can beget demand.

“As the price gets higher for some of these products, the incentive to go after it is even greater,” Daw says. “The more rare the bluefin tuna becomes, the more valuable it becomes.”

Rashid Sumaila, an ocean and fisheries economist at the University of British Columbia and research director of a research coalition called the OceanCanada Partnership, agrees that the North Sea cod study provides proof of something economists had previously only suspected: weak price signaling is a potential symptom of an unsustainable globalized seafood economy.

Also significantly, Sumaila, who was not affiliated with the study, says the research reflects a growing trend of economists and ecologists working together on fisheries problems. Economists have long known that they need a basic understanding of biology to study fisheries, but “until very recently, what they would do is take a simple biological model and build economics on top.”

When the paper’s coauthors got together, both economists and ecologists saw the issue in a new light.

“Ecologists assume that fishermen are just reacting to the demand and, as it becomes more difficult to fish, the price becomes too high and consumers stop eating it,” he says. Many failed to appreciate the complexities of a global market that was made up of local fisheries. Meanwhile, many economists were ignoring the ocean ecosystem underlying fisheries’ productivity. “In the economics circle, we just assume production is a function of how easy the product is to produce—the more you invest, the more output you see. But in fisheries, that’s not the case because you can overexploit the resource.”

Swartz says the team aimed this paper at seafood consumers. One of the most important things the consumer can do? “Start demanding information,” he says.

So the next time you walk up to a grocery store’s seafood counter and find an abundance of affordable fish—from thick, Burgundy-red ahi steaks to translucent whitefish fillets to a chorus line of crab legs on ice—consider doing research and asking where these options came from. The questions might help price signals to start sounding through the static.