Born in 1821 and trained as a blacksmith before becoming a newspaper publisher in Cincinnati, Ohio, Charles Francis Hall lacked the pedigree one might expect of such an accomplished Arctic explorer. Yet in the 1860s, he joined the throngs of adventurers determined to journey north into the white unknown. He had neither naval experience nor skills in survival or linguistics, but a pair of yellowed, slightly musty, leather-bound notebooks reveals a key skill required of polar explorers that Hall had in spades—the ability to fundraise.

“During this era of polar exploration, I don’t think anyone could have succeeded without being good at the fundraising,” says James McCarthy, an oceanographer at Harvard University and armchair Arctic historian who does research in the Arctic. As with current polar expeditions, journeys to the North were expensive affairs in the 19th century. If governments couldn’t fund the project, as the British Crown did for Sir John Franklin’s expedition to the Arctic in 1845, then wealthy individuals or business owners would contribute. (In return, benefactors had expedition lifeboats named after them or received special commemorative books after the trip’s completion.) Russian industrialist Alexander Sibiryakov, for example, supported the 19th-century Russian expeditions of Adolf Nordenskiöld and A. V. Grigoryev before going to Siberia himself in 1880 to explore.

Hall, with far more modest means, was the ultimate self-made adventurer. His first Arctic adventure, in 1860, was shoestring indeed: he sold his business, ditched his family, and hitched a ride north on a whaling ship headed toward Baffin Bay. During a two-year odyssey around the region, conducted ostensibly to learn the fate of the Franklin expedition that was declared missing in 1848, he integrated with the Inuit, traveling among them and learning much of their language. Once in the high Arctic, he discovered artifacts related to 16th-century explorer Martin Frobisher’s Arctic travails, which won him modest acclaim upon his return to the United States. Hall wrote a popular book about his travels and hit the pavement in New York to launch a second expedition. His main goal, again, was to discover the fate of Franklin and his crew. 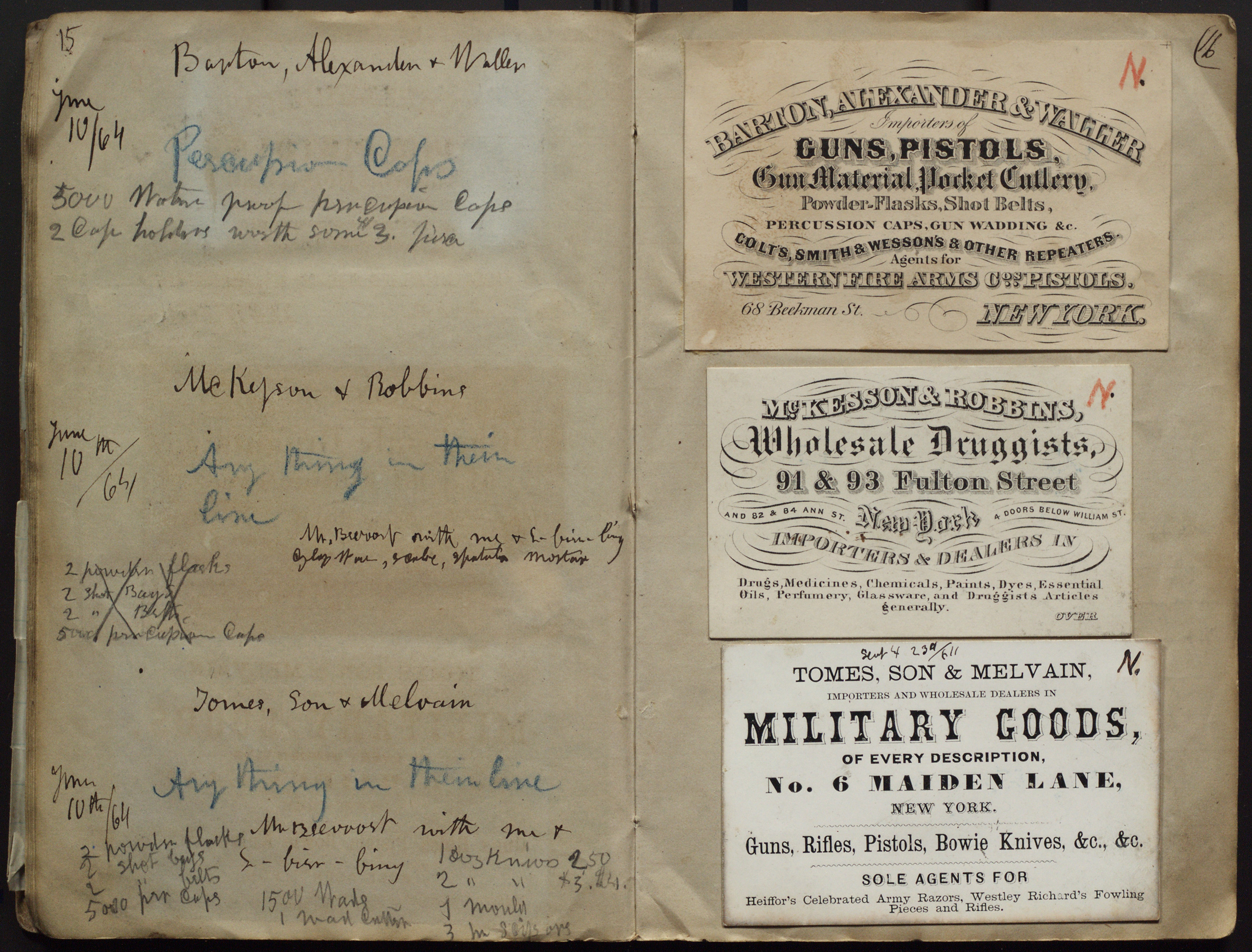 Hall’s notebooks, now held in the archives of the National Museum of American History in Washington, DC, record his preparations beginning in the spring of 1863 for the journey scheduled for the following June. He had planned to make his way to the Arctic on a northbound ship and then travel overland accompanied only by an Inuit couple he’d taken on as guides during the first adventure. So he sought to drum up what he called subscriptions—cash and material contributions from wealthy patrons and businesses. Hall’s notebooks document his extensive efforts and considerable fundraising savvy. The pages describe a determined hustle for contributions large and small as his departure deadline approached. Each contribution is recorded in Hall’s handwriting in ink. Henry Grinnell, patron of several Arctic expeditions, including Hall’s first foray, chipped in US $1,000, and served to collect contributions from others in New York, who pitched in $50 and $100.

When Hall wasn’t raising cash, he managed to procure donated supplies. A tour of shops in lower Manhattan yielded a considerable haul in equipment for the voyage. His notebooks include cards for suppliers of furniture, lead ball (ammunition), nautical instruments, and many others, each pasted into the pages opposite Hall’s notes on who gave what. On Pearl Street, he met M. P. Brown, who specialized in beads “for exportation and Indian trade.” Gun shop owner Daniel Fish, on Fulton Street, “put my rifle in order,” wrote Hall.

Hall was raising funds at a time of deep financial distress—the American Civil War was on, so funding from the government, which typically supported prominent explorers, was a nonstarter. But the newspaper clippings included in his notebooks show how he shrewdly schmoozed businessmen and convinced reporters to promote his three-person expedition. First, he appealed to the purses of his supporters: a clipping in his notebooks shows he’d pitched his expedition to the local chamber of commerce as a means of accessing “the Greenland whales, the product of which are … of such great importance to our commerce.” Another article, from the New York Herald on June 13, 1864, shows his ability to spin his expedition despite lacking the resources for his own ship or crew. “We will probably acquire more information from the experience of this solitary traveler than from all the great enterprises at sea which have preceded him,” the paper wrote, evincing no sarcasm. 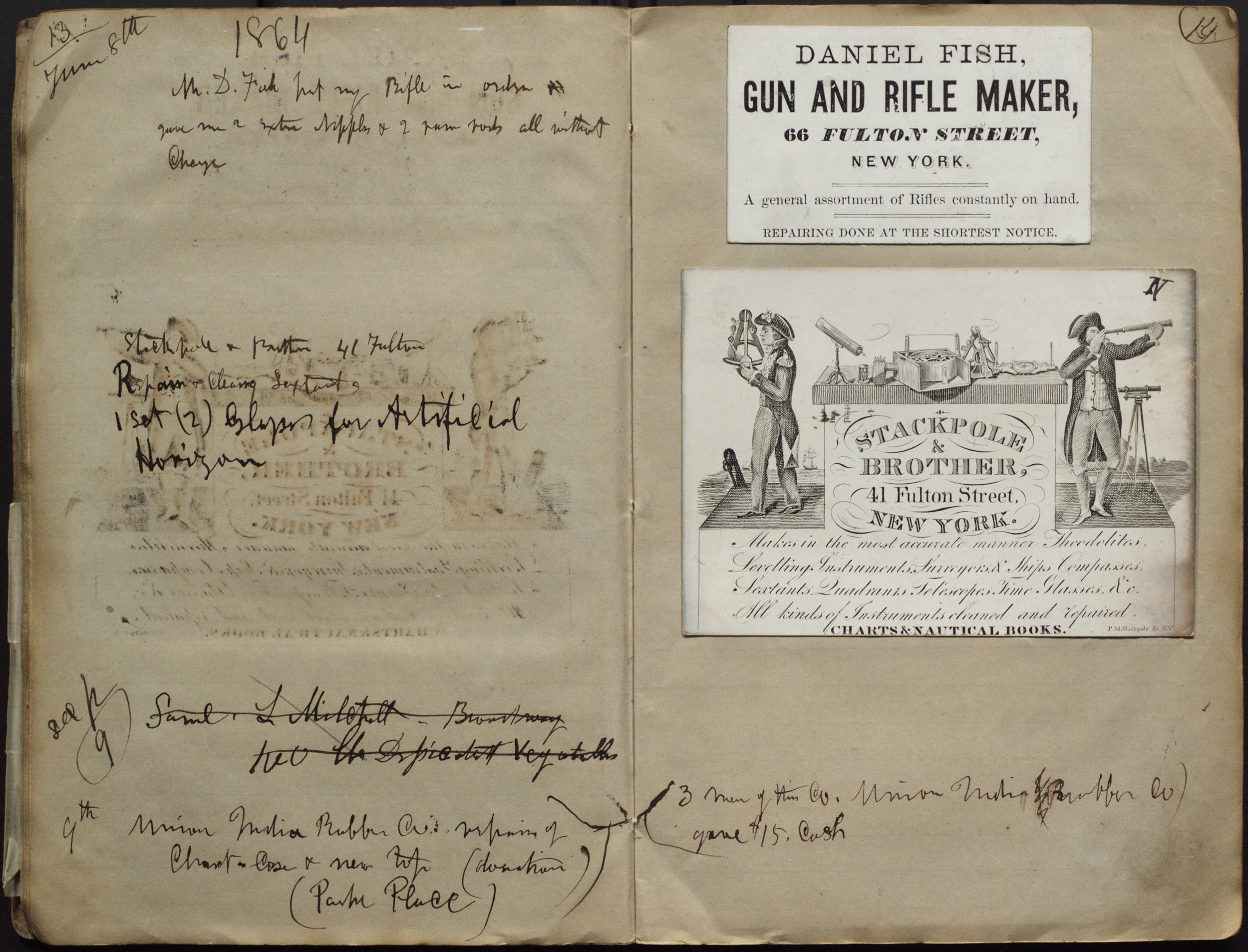 Modern scientific expeditions have a variety of government funding sources to tap, though only a fraction of the grant proposals for polar journeys are funded. (Government agencies generally just ask for mention in scientific papers and brief reports on scientific findings.) The hassle involved with private research funders forces many Arctic scientists to avoid such sources of support. McCarthy, for instance, has not received private funding for his polar research expeditions. “There’s always a question of what’s expected by the patron” in recompense, he says. By the same token, ornithologist Eugene Potapov, of Bryn Athyn College in Pennsylvania, has been conducting summer field trips solo to Siberia for more than a decade. These days, he uses part of his salary to support the expeditions, sleeping in a tent or skiff for weeks while he visits raptor nests to record data. He likes going on his own dime. “You have no headaches, no liabilities,” says Potapov.

Indeed, even Hall eventually learned the cost of taking outside funding. His 1864 expedition yielded few major discoveries, but his five years of exploration did win him considerable respect: after his return, he embarked on a successful lecturing tour. He soon received $50,000 from the US government to mount a full expedition aboard the Polaris, a converted military steamer, with the goal of reaching the North Pole. But “with the government funding also came government meddling in Hall’s plans,” notes an article in the Encyclopedia of the Arctic. 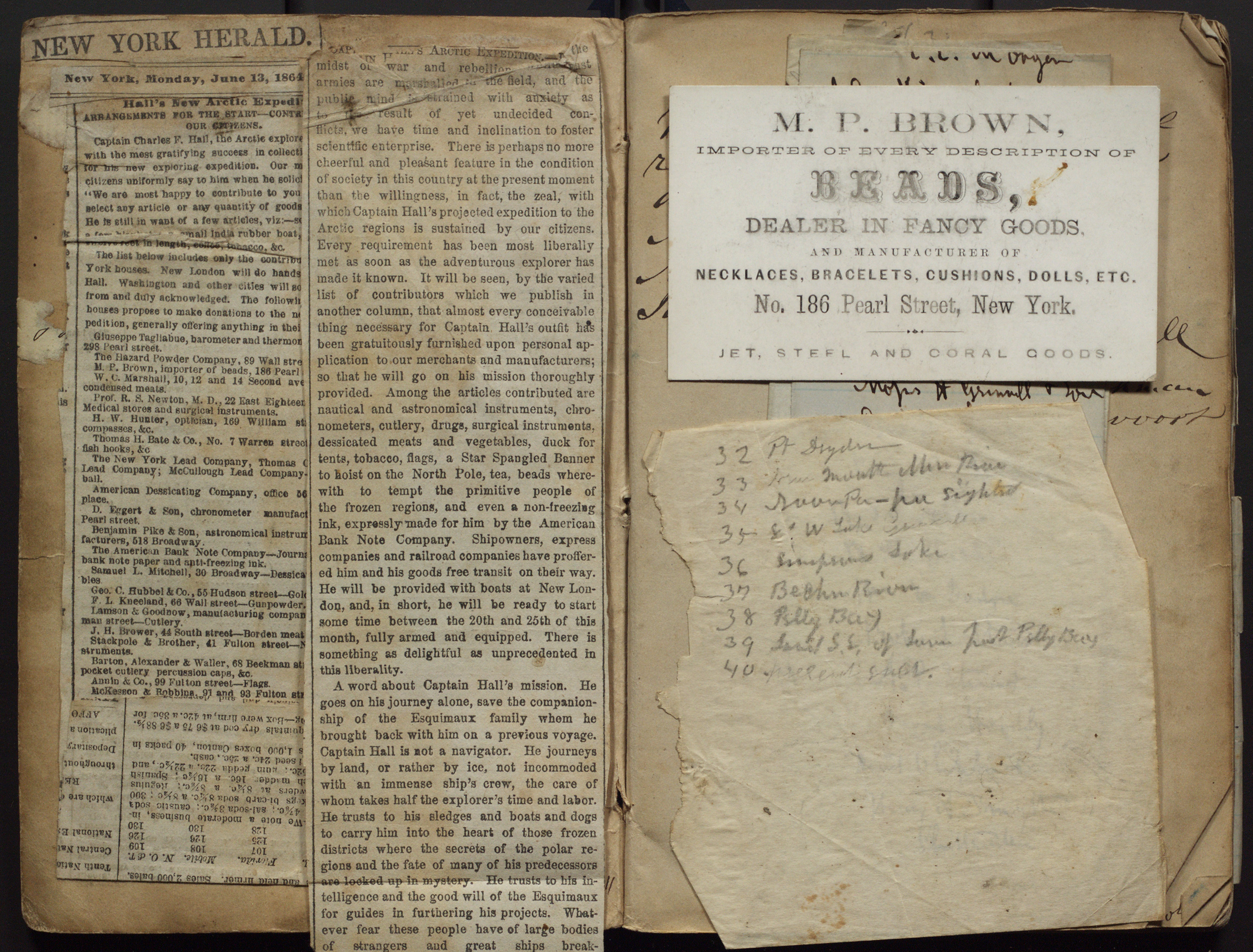 That interference came in the form of German naturalist and doctor Emil Bessels, whom Hall was forced to include on the expedition but never managed to get along with. In November 1871, when the ship was on the northern shore of Greenland, Hall fell sick and quarreled with Bessels over his treatment before eventually allowing the doctor to give him medicine. Hall died shortly thereafter and the whole affair subsequently aroused suspicion among historians. When Hall’s body was exhumed in 1968, tissue samples showed doses of arsenic, which could have indicated murder or the use of the chemical as a medical treatment, which was common at the time. Charges were never filed.

Hall never returned to the United States to bask in the glory of what could have been his greatest triumph, but his notebooks did. The Inuit testimony recorded in the delicate pages of these journals helped crack the mystery he’d gone to the Arctic to solve: the fate of the Franklin expedition. This “solitary traveler” of modest means not only managed to get himself up to the Arctic for his adventures, but also proved himself one of the great explorers of the North.