The red swamp is an invasive species of crayfish in Pine Lake, near Seattle, Washington. Photo by Modoki Masuda/Minden Pictures

Pine Lake is Americana, realized under the June sun. On this kilometer-wide lake 30 minutes east of Seattle, Washington, cedar and hemlock trees cast dappled shade over the A-frames and bungalows along the shore. At a public pier, toddlers in neon swimsuits shriek, running into or away from their parents’ outstretched arms. Teenage boys lounge on the shore, slugging beer from green glass bottles, while girls teeter on stand-up paddleboards.

As far as war zones go, it’s on the prettier side.

Beneath the placid surface, two Pine Lake denizens battle across the silt, rock, and weed-blanketed bottom. I’ve come here with two researchers, a motorized aluminum canoe, and a can of dog food to see who is winning today.

We steer into the shadow of some overhanging trees, toward a white plastic float the size of a deli sandwich. Chunlong Liu, a visiting university student from China in a blue polo shirt and requisite life jacket, cuts the motor so he can measure the lake depth while research assistant Lauren Kuehne, a ball cap pulled over her curly brown hair, sits cross-legged in the canoe’s center and hauls up the rope attached to the float. On the end is a shoebox-sized wire mesh trap. The unused bait inside—dog food—rains back down through the water in pink chunks as she lifts the trap into the boat.

Something darts back and forth inside the trap. “I can already tell it’s a red swamp,” Kuehne says with a sigh.

She reaches inside and, after a few tries, grasps its carapace and holds it up: a fat red swamp crayfish, trying with all its tiny crustacean might to land a sharp pinch on its captor. Its body is a glossy blue-black flecked with vivid red spots; the coloration makes it look as though we had plucked it from a bloody battle. 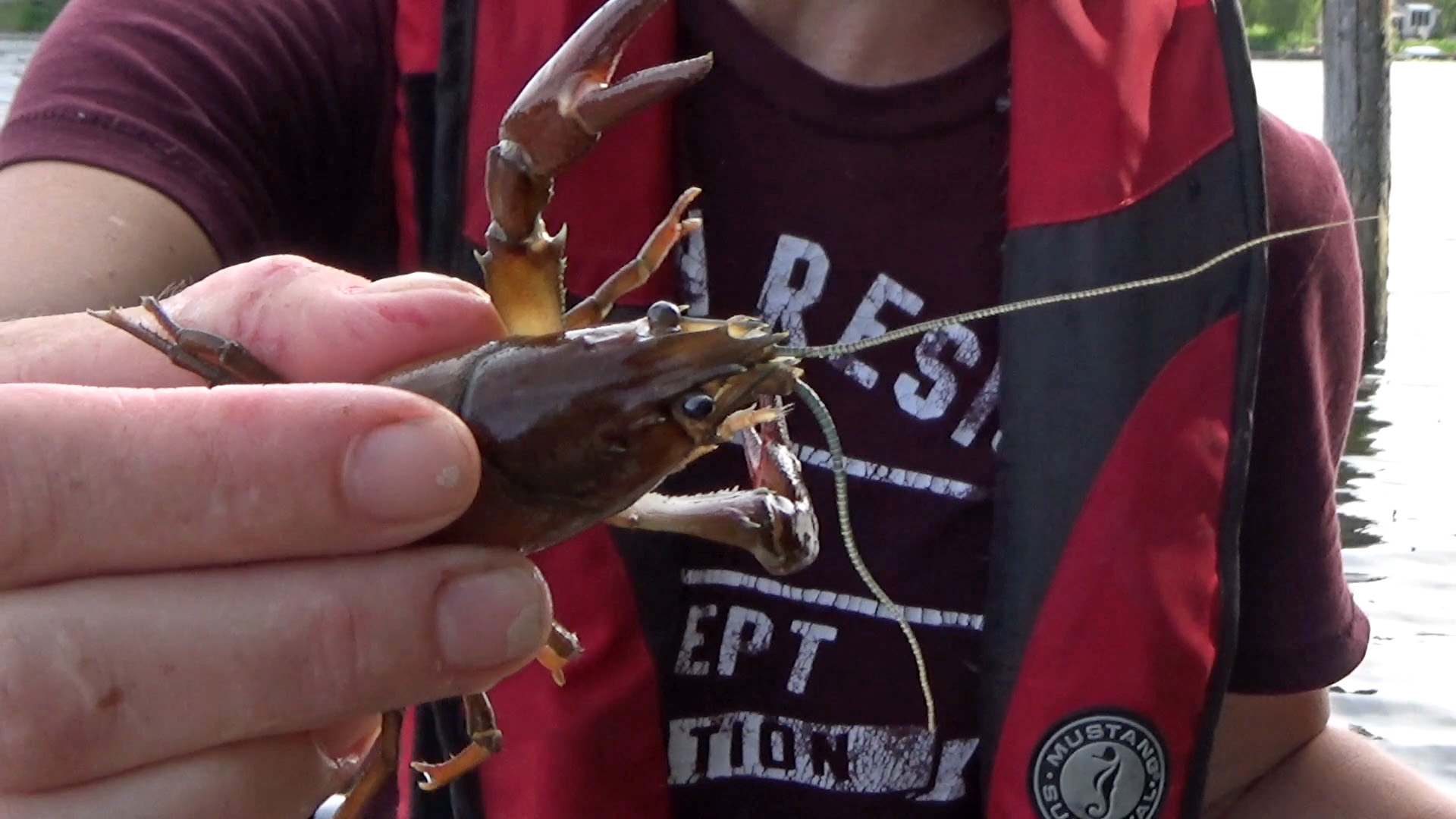 In Pine Lake, as in many waterways across the Pacific Northwest, native signal crayfish and invasive red swamp crayfish are duking it out, and the red swamps seem to be winning. (To be called “invasive” and not just non-native, a species has to cause ecological damage.) Kuehne and Chunlong are working with University of Washington freshwater ecologist Julian Olden, who has been holding the line at Pine Lake for six years. Along with the study I’m observing today, he’s distributed crayfish traps to the lake’s residents, asking them to release native signal crayfish and “dispose” of any red swamps they catch, trying to see if citizen science can beat back an invasive species and help the signals recover. That’s why Kuehne, Chunlong, and I are disappointed to see the red swamp.

But should we be? Around the world, humans have introduced different species of crayfish into each other’s territories, where they sometimes thrive, sometimes barely survive, and sometimes wipe out the native populations. A species such as the signal crayfish might be the underdog here, but a hostile invader in European waterways. When it comes to crayfish, choosing sides is never simple. Should humans try to correct the damage—or should we leave well enough alone?

Consider the lobster, shrunk to the size of a coffee mug, and you have a crayfish, with a flat, segmented tail; pointed maxilla; and front claws that look inflated, but are hard and sharp. A crayfish has the twitchy aggression of a meth head and a visage about as welcoming. It’s a highly adaptable animal that lives in lakes, streams, and even the brackish water of some estuaries. Crayfish affect everything from the shape of a stream bed to the abundance of fish they share the waterway with. They’re critical: ecosystems change when their crayfish communities do. Scientists are still gauging the impacts of the red swamp’s incursion into signal territory, but in addition to depleting and even preying on the signals, they eat amphibians, invertebrates, and plant cover, reducing biodiversity. They also dig tunnels into the stream bed, changing the flow and affecting water quality. 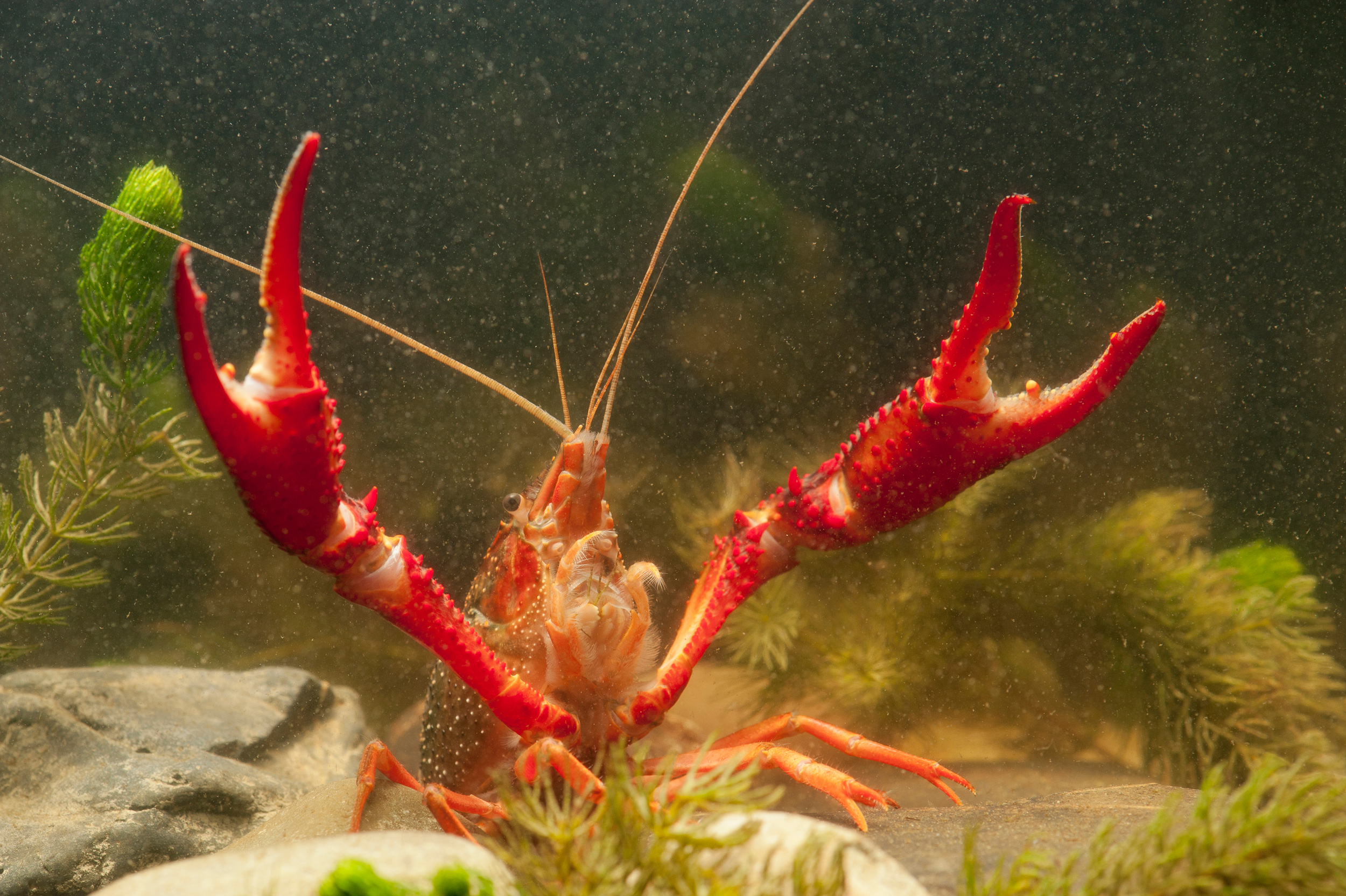 The signal crayfish is larger than the red swamp, and its body is a subdued, opalescent gray-brown. The eponymous “signal” is a white spot that flashes on its pincers when it takes a defensive stance, like a boxer with gloves up.

Indeed, signals are the Evander Holyfield of crayfish: globally dominant, especially in the 1990s. Red swamps are more like Mike Tyson: extra aggressive and happy to take a piece of flesh. The prizefight unfolding within Pine Lake today is undecided, but these two species have tussled with each other and with other crayfish species around the world for over a century.

Signals, for example, were introduced to Lake Mashu in Hokkaido, Japan, in the 1920s. They’re now invasive in Japan, outcompeting the native zarigani crayfish. But signals are best known for wreaking havoc in Europe, where early 20th-century efforts to boost native noble crayfish populations went awry when people introduced the signal crayfish, which carried a crayfish plague. The disease pushed the noble crayfish further into decline while leaving the signals unscathed.

“It’s interesting,” says Canadian biologist Carin Bondar. “In other ecosystems of the world, it’s the signal crayfish that’s outcompeting and being aggressive to other species.”

Today, Bondar is a writer and presenter on the Discovery Channel, but a decade ago she studied native signal crayfish in the streams of British Columbia. Bondar says that they invade new habitats so easily in part because they’re so indiscriminate. Like other crayfish, signals are generalists, eating sludge, leaf litter, and fish eggs. “[We found that] crayfish were playing a massive role in recycling detritus,” Bondar says, “keeping streams from blocking up or getting so much debris that flow was impacted.” In turn, they’re eaten by adult fish, birds, and mammals.

Samuel Chan, a biologist with the University of Oregon who collaborates with Olden, recalls the day he discovered one unexpected way that crayfish are invading new habitats in North America. His son’s fourth-grade class had a pet crayfish to go with a biology unit about living things. At the end of the unit, they released it into the wild. Chan went to the release party and realized he was watching a species invade in real time. While that particular animal was a rusty crayfish—another foreign species that’s problematic in Oregon—red swamps are also popular classroom specimens for the same reason they’re so invasive: hardiness. After all, fourth graders aren’t known for conscientious caretaking. “Red swamp is a very adaptable crayfish,” he says. “It’s also capable of burrowing … and it’s just more aggressive than our native crayfish.” A contingent of red swamps likely entered Washington the same way, as class pets released into the wild. 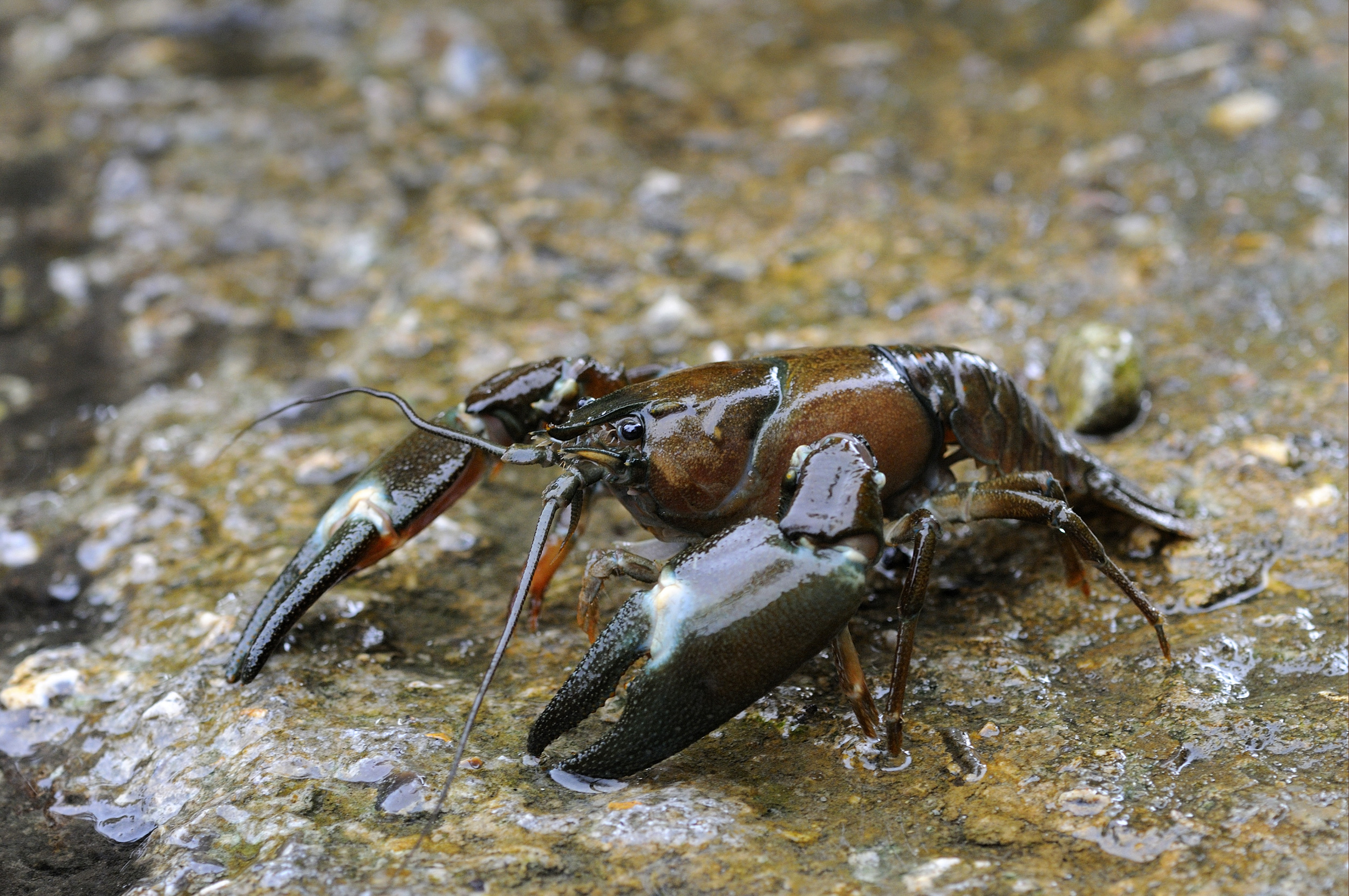 Both Chan and Bondar wonder what to do about the red swamps. Chan has worked with biological supply companies to persuade them to ship signals, not red swamps, to classrooms in states such as Washington and Oregon, where non-native species have been found in the wild, or include inserts warning teachers not to release the class crayfish into the wild. Projects like Olden’s try to contain the damage in cases where red swamps have been released.

Bondar thinks it depends on the situation, but in general people should avoid remedial efforts, such as reintroducing native crayfish species, in case they inadvertently cause further harm. Instead, we should let nature find whatever balance it can. “We’ve already wrecked so much,” she says.

On Pine Lake, we catch a lot of red swamps from the canoe. It sure looks like they’re outcompeting the signals, and knowing that humans introduced them makes me understand the urge to intervene. The number of traps along the shore has grown as more residents want to help. People wave as we putt by; a woman with a dog stops us to ask how it’s going.

At the shallowest end of the lake, a man calls to us from his dock as we measure yet another feisty red swamp. Kuehne fills him in on the project. He seems interested, so she gives him a spare trap, and hands him the red swamp we’re measuring so he can recognize what he’s trying to catch. Just as Olden, Chan, and Bondar have puzzled over how to deal with the red swamp incursion, the man asks what he should do with the crayfish that stumble into his trap.

Kuehne says local foodies or fishermen might buy them for food or bait, or he might want them for himself; either way, he should kill them. To do so, the scientists suggest putting the crayfish in the freezer for an hour. But before Kuehne can pass that along, the man goes for a more immediate solution.

“So you just … mash ’em on the dock?” he says, gripping the little crayfish tightly between his thumb and forefinger. It flails, snapping with the aggression that got it here and pushed back the signals. But it’s no match for a human. He brings it down—hard—onto the wooden boards. It twitches. He gives it another smash, and it is still.