Congratulations to Cameron Walker on winning an American Society of Journalists and Authors Award in the best Opinion/Op-Ed category for this article.

There is a place at the tip of New Zealand’s Otago Peninsula where, according to legend, the souls of lost sailors emerge from the shell. These sailors are reborn as albatrosses—downy, big-winged creatures that confer beauty and power on those who wear their feathers. And when the fledglings there on Taiaroa Head grow big enough to launch themselves into the wind over the Pacific, some say the birds bring luck to those who see them as they soar across the open ocean.

When I visited the Royal Albatross Centre there a decade ago, I found myself falling under the spell of the young birds as I peered at them from the observatory. They spread their impossibly large wings as if learning to control the strings of marionettes. It seemed nearly impossible that these same wings, in a few short months, would carry them out to sea. The exhibits I saw explained that five years might pass before they returned.

Where these birds went was a mystery. Of all the things I learned about the albatross, this thrilled me the most. I imagined the bird taking its place on one of the early maps or globes that put fairy tale creatures in the spaces where the great unknown began.

Two years after my visit, Bindi Thomas, a specialist in tracking wildlife with satellites, and her colleagues affixed transmitters to the feathers of three of Taiaroa Head’s fledglings. A satellite pinged the birds’ locations every six hours. The albatrosses first flew along coastal New Zealand, lingering there for several weeks. Then they soared away, eventually zooming toward the coast of Chile, where they foraged until their transmitters went dark. One crossed the Pacific in just 16 days.

Thomas’s study should have thrilled me: we now know more than ever about the albatross and its awe-inspiring maiden flight. Instead, I felt strangely disappointed. I’d loved the idea that the albatross had somehow flown beyond our reach for at least a few years. Now, some of the magic surrounding these fledglings had been tarnished. 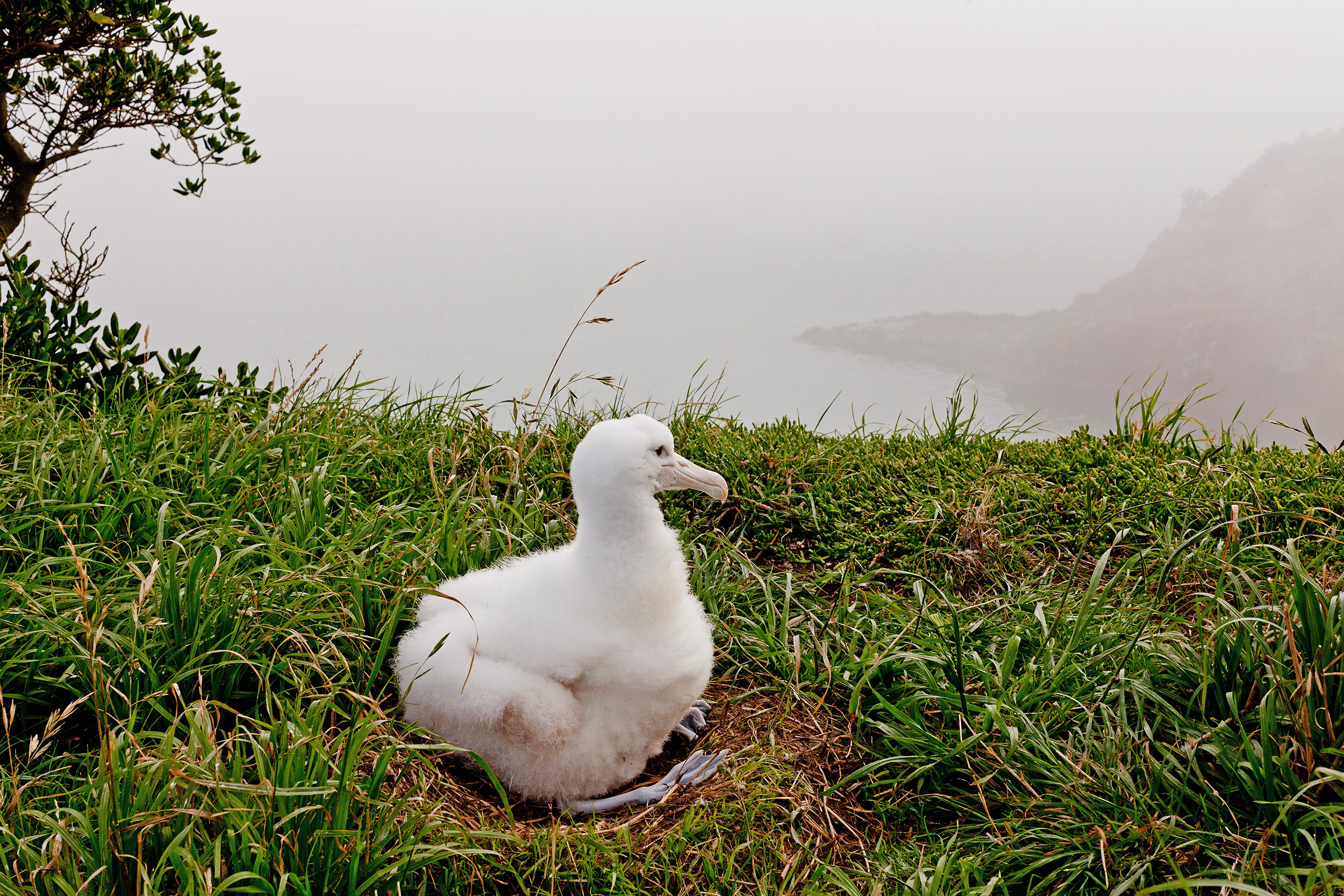 For me, the ocean has always seemed to be the last true wilderness. But when I first thought about the tracked albatrosses, I worried that with every creature we manage to chart and locate, there would be a little less wonder surrounding the ocean and its vast unknown. I also felt a personal sense of loss: the story I’d told myself about the albatross—the magical spot I’d dreamed up where only the birds could go—didn’t exist anymore.

So I decided to go looking for other ocean mysteries—puzzles about where species came from or where they went. Initially, to my frustration, I found only creatures with known whereabouts, questions already paired with answers. But the more I talked with the researchers who had studied the unknowns of our oceans, the more I started to see that every solved mystery contains the seeds of many more to come, particularly when these mysteries are born in the sea.

Take the story of the Atlantic populations of the loggerhead sea turtle. For many years, people have kept tabs on the loggerheads’ nests on beaches in the southeastern United States. Those who are patient, or lucky, have seen bales of young turtles, each small enough to cradle in your hand, push their way out of their sandy nest and struggle to the sea, often under cover of darkness. These loggerheads would then slip out of sight for a year or more into the ocean wilderness. Some would reappear on the far side of the Atlantic, others near their birth coasts, 10 times bigger than when they left. While scientists later learned that loggerheads’ migrations span the ocean, no one knew what happened during their lost years at sea.

Kate Mansfield, a marine biologist at the University of Central Florida in Orlando, wanted to learn more about these young loggerheads’ early travels. Between 2009 and 2011, she and her colleagues collected baby loggerheads from their nests, raised them in the lab, then fitted 17 of them with transmitters the size of a pair of dice and released them into the Gulf Stream, about 18 kilometers off the coast. Then they tracked the turtles as they turned north—following what researchers had considered the likeliest path based on ocean currents and observations at sea. The turtles followed different migration routes, both using and leaving ocean currents, and staying clear of cold waters.

Seven of the turtles Mansfield and her team studied ended up in the Sargasso Sea, the clear, deep-blue center of a spiraling ocean current known as the North Atlantic gyre. Mansfield thinks loggerheads spend time there at the surface, staying warm atop floating mats of sargassum algae, safely camouflaged from predators while they grow.

Yet Mansfield assured me that there’s much more to uncover about the young loggerheads, particularly about the time they spend in the ocean. A lot of the work that’s been done so far, she explained, has been based on a limited understanding of how these animals use the ocean. The technology we use to study turtles has funneled us into tracking two-dimensional migration routes from point to point. But turtles, and other species, think and move in three dimensions—and “there’s this whole world beneath the [surface of the] ocean,” she says, that we’re only just beginning to explore. 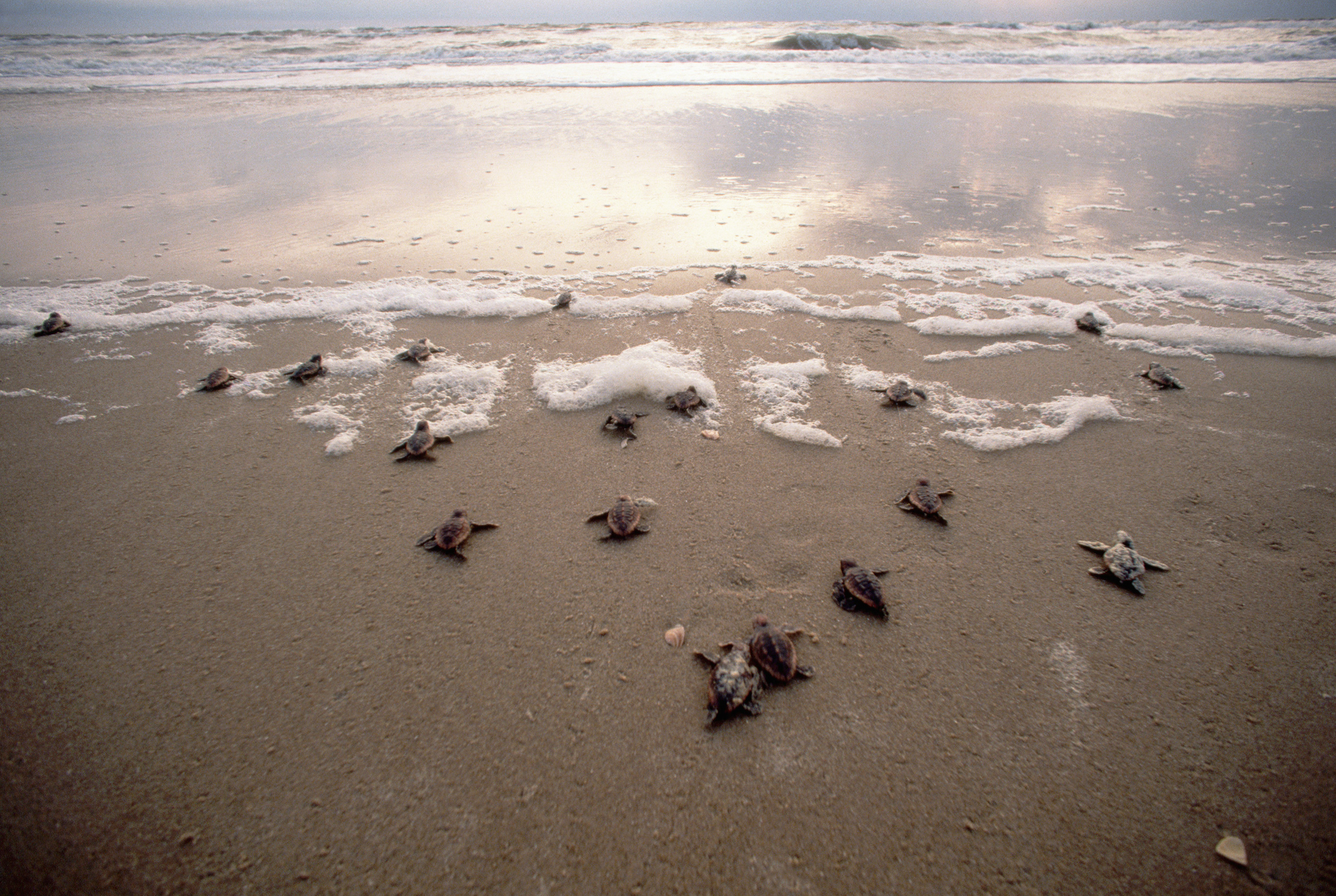 Young loggerhead turtles scramble toward the surf, only to slip out of sight for at least a year in the ocean. Research now reveals that some hang out on mats of floating algae in the Sargasso Sea. Photo by Lynda Richardson/Corbis

In fact, for those who love enigmas, the ocean is still one of the best places in the world to look for them. We’ve only explored five percent or less of the ocean’s reaches. And the sea’s very nature—its opacity, its depth, its shifting surface—means that no matter how hard we try, says Helen Rozwadowski, a historian of oceanography at the University of Connecticut Avery Point, “we can’t know the ocean in the way we know land.” We can only attempt to know it with the tools we have. Our tools today include tiny solar-powered tags and high-flying satellites—and also our imaginations, which create new technology that helps us understand the ocean, and seek out new puzzles to solve. “As long as we keep thinking and imagining,” Rozwadowski says, “there will always be more questions to study.”

And gathering data with the technology that we dream up can lead directly to protecting the ocean’s inhabitants. In the late 1950s, fishermen found large numbers of Atlantic salmon feeding close to the surface off the west coast of Greenland. Soon fishing boats from several nations descended on this region with drift nets. Uncertain where these fish came from and worried about their survival, researchers began studying the fishery. Using tagging data, researchers traced these salmon back to their spawning streams and rivers in North America and Europe. Based on this research, the International Commission for the Northwest Atlantic Fisheries banned salmon fishing in western Greenland’s international waters, starting in 1976.

Similarly, future studies on albatross migration may help us figure out how to protect the birds’ flight paths. If tagging programs show, for example, that most fledglings spend their growing years in Chilean waters, Thomas says researchers can gather data on how often these birds are accidentally snared by fishermen there and work with them to reduce this by-catch. Learning more about the birds may also help conservationists foresee how the species will fare in years to come. Changes in wind patterns and storms could shift an albatross from its traditional flight path. “When you get an idea of where they go and where they stop,” Thomas says, “you can see in the future how they might be affected by climate change.” 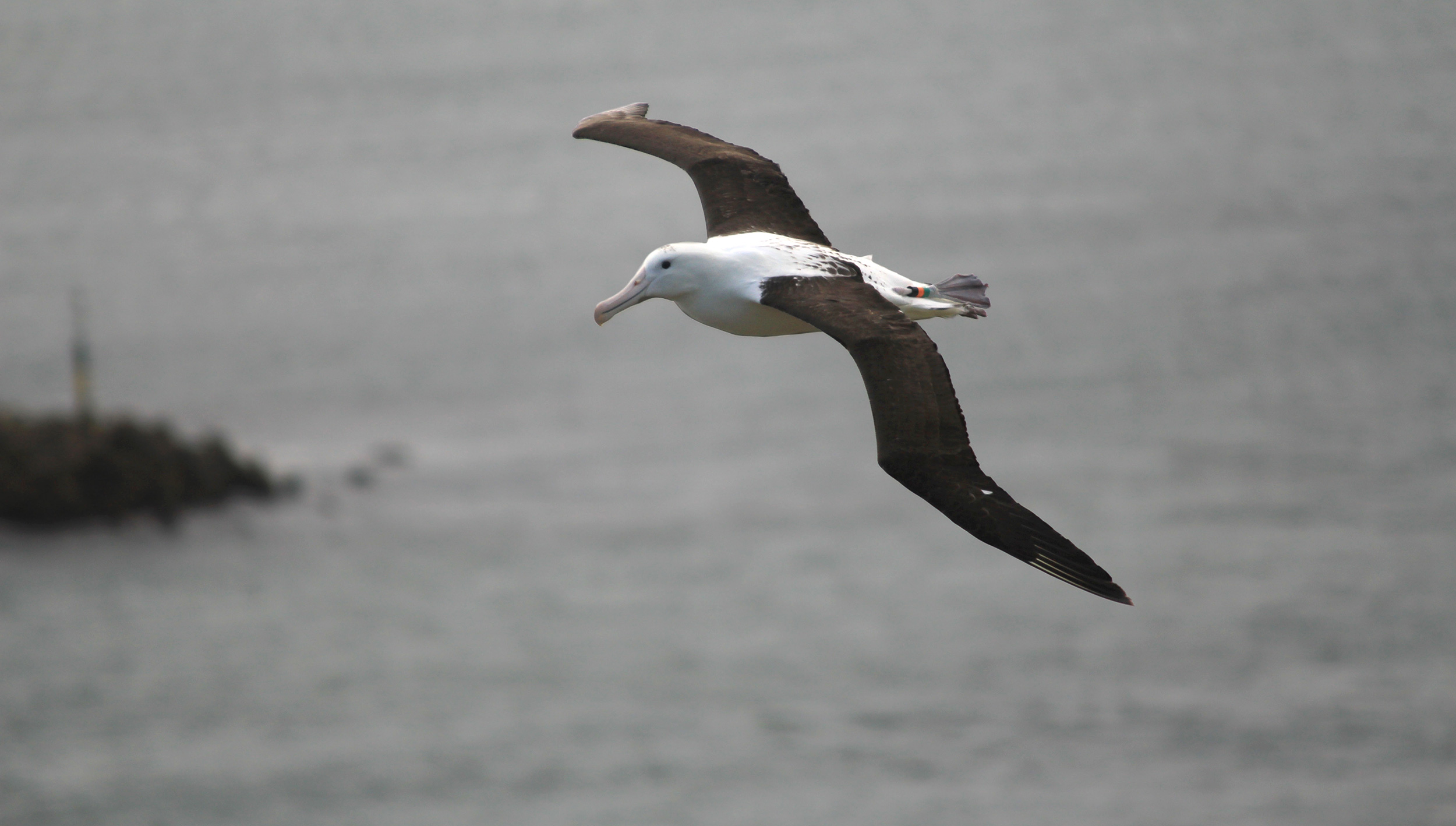 Tracking programs have revealed much about where young royal albatrosses spend their first year at sea. But scientists don’t yet know where these remarkable birds travel after the tracking devices go dark. Photo by Shelley Bray/Alamy Stock Photo

Understanding where the young albatrosses fly in their first year at sea is just the beginning. One of the tagged birds—named Toroa, a Māori word for albatross—returned to New Zealand in 2014, more than six years after he departed. But his tracking device had stopped recording after 362 days, having likely been shed with his feathers. What we still don’t know, Thomas says, is what happened between the time the recording stopped and when Toroa reappeared in the skies above Taiaroa Head.

I’ve also started thinking about something else that Thomas told me: at one point, Toroa took off down the coast of South America from the spot he’d usually been foraging. A half-day later, the nearby Chaitén volcano began to erupt. Now when I think about ocean mysteries, I think about Toroa, and wonder if he sensed the impending eruption in a way that, for the moment, escapes human imagination. And when next I see an albatross, I’ll still feel its magic, and the good fortune it brings, in the form of mysteries still to solve.