Sand covering the sanctuary floor at Mikvé Israel-Emanuel synagogue in Willemstad, Curaçao, has symbolic and historical meaning to the congregation. Photo by Brennan Linsley/AP Photo

Like an act of moving meditation, the synagogue attendant smooths over a week’s worth of footprints on the sand floor of Mikvé Israel-Emanuel in Willemstad, Curaçao. He glides a rake in long arcs until the sand resembles freshly poured concrete, occasionally kicking up a swirl of dust that catches the warm light pouring through the windows.

Outside, a ship’s foghorn sounds in the distance and from the café across the street, a referee’s whistle punctuates the morning air as patrons sip coffee and watch a recap of a recent Olympic soccer match. On this fresh August morning, a warm ocean breeze rustles the flowering trees lining the Caribbean capital’s picturesque streets; the bustle of the day is just getting underway.

But in the bright-yellow, colonial-era synagogue, there is silence. As the members of the congregation step through the doors for Saturday morning worship, their shoes sink into the sand covering the floor. Each soft step in this sanctuary is a reminder of the trials faced by the congregation’s ancestors, and of the Caribbean islands that were also sanctuaries of a sort, offering refuge to Jews in an unwelcoming world.

Mikvé Israel-Emanuel was built in 1732 by the descendants of Portuguese-speaking Dutch Jews who, in 1651, crossed the Atlantic as the Dutch empire grew, establishing the New World’s first Jewish communities far from the anti-Semitism of Europe. At the intersection of the Caribbean environment and Jewish identity, these settlers covered the floors of their synagogues with white sand, both to remind congregants of the 40 years the Jews spent wandering the desert in biblical times and also to pay homage to their Portuguese ancestors who, before finding refuge from the Inquisition in Holland, used sand to muffle the sounds of sacred prayers and songs. Today, there are just four synagogues that carry on the distinctly Dutch-Portuguese tradition of sand-covered floors. Willemstad’s Mikvé Israel-Emanuel has the largest congregation, with about 200 members. The others are in Kingston, Jamaica; Saint Thomas, US Virgin Islands; and Paramaribo, Suriname (which, while technically being in South America, is considered a Caribbean territory). The sand-floor tradition is one of the last remaining manifestations of Dutch-Portuguese Jewish life in this area, but it is also a tradition that could hold the key to Mikvé Israel-Emanuel’s future.

“We are on our way to extinction,” says René Levy Maduro, a lifelong member of Curaçao’s Jewish community. “Our numbers are just diminishing to the point of no return.”

In his late 70s and walking with a cane, he spent four decades on the board of Mikvé Israel-Emanuel—15 years as its president—and has seen the congregation change over the generations. But it’s the attrition that’s most concerning. Younger Jews are leaving the Caribbean in droves as they seek post-secondary education and other opportunities in the United States or Europe. “Our numbers will just get smaller.” 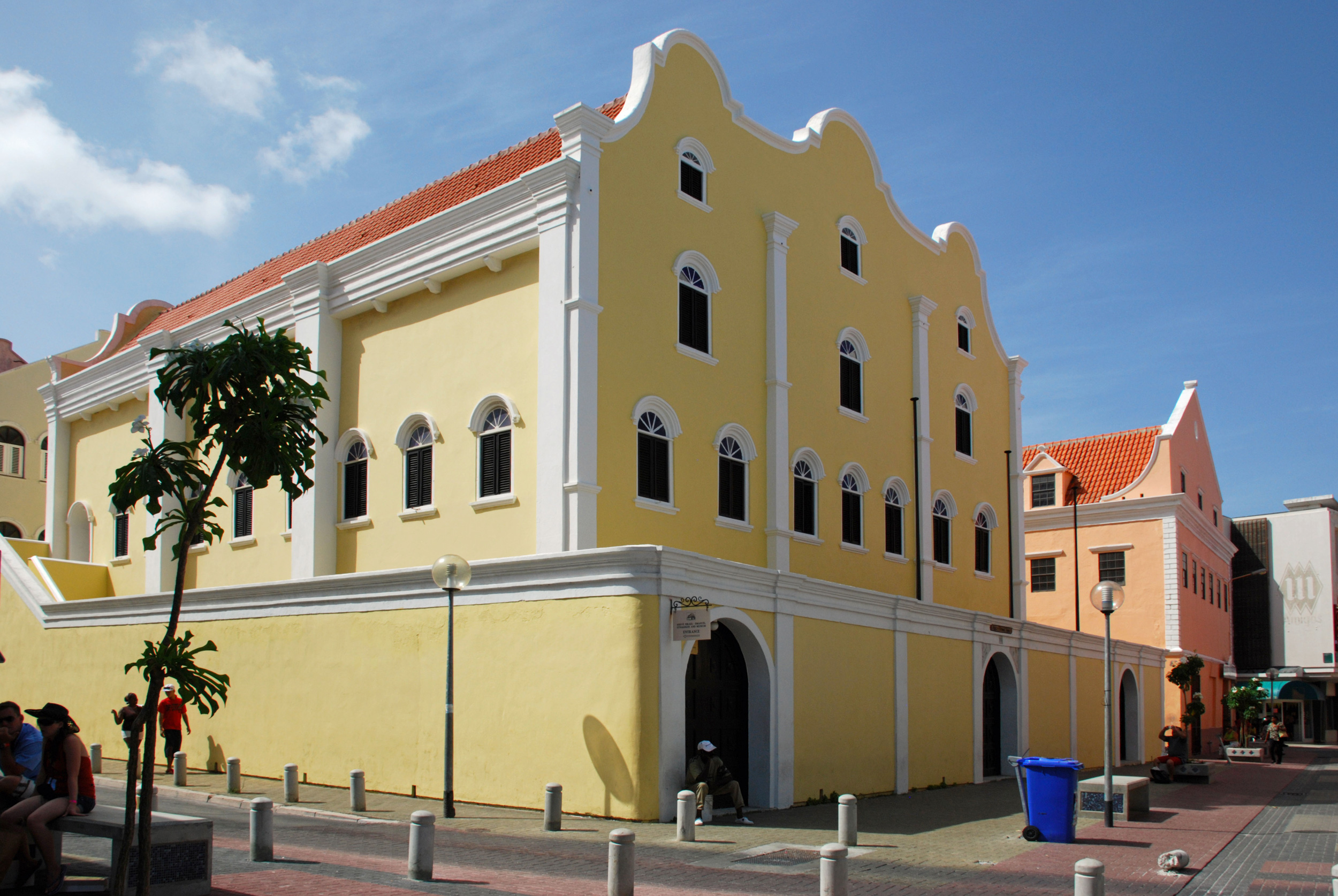 Maduro is among the last members of the congregation who remember the island’s old traditions. Over a snack of egg rolls and orange juice at the Indonesian café across the street from Mikvé Israel-Emanuel, he describes the stories, symbols, and traditions particular to Caribbean Jewry. There are the skull and crossbones carved into dozens of tombstones in the Jewish cemetery, for instance, but they have nothing to do with pirates. “The skull and crossbones [may have] its origin in our past, when our ancestors became Christians following the Inquisition,” he says. Called conversos (converts), many Iberian Jews publicly converted to Christianity while secretly practicing Judaism before fleeing to the Netherlands and on to Dutch colonies in the New World, where they could practice their religion openly.

Traditions born of Curaçao also include the unique attire—top hats and tuxedos with long coattails—worn by Mikvé Israel-Emanuel’s board and honorees on Yom Kippur. They carry the Torah around the synagogue under the flickering light of hundreds of candles sitting atop four massive colonial-era chandeliers. “It’s magical,” Maduro says. So entrenched is Curaçao’s Jewish community that the island’s local language—Papiamentu, a mix of Spanish, Portuguese, Dutch, and African languages—contains dozens of words of Hebrew origin.

As the community’s patriarch, Maduro is doing all he can to retain the history of the Curaçao Jewish community before it is forgotten. While he’s recording the traditions he recalls seeing as a child on the island, curator Myrna Moreno cares for the tangible heirlooms at the Jewish Cultural Historical Museum in Willemstad. Separated from the synagogue by a small tiled courtyard, the dimly lit museum holds the community’s rich collection of artifacts, including a 14th-century Torah made out of deerskin that was smuggled out of Iberia during the Inquisition and later taken by ship across the sea to the Caribbean. Its skin is now a dark, dry brown, and the inked Hebrew script is faded, but the distinctive Torah is one of the more popular artifacts in the museum, explains Moreno, particularly with tourists, many who come to Curaçao on cruise ships.

Ships built the past of Mikvé Israel-Emanuel; perhaps ships will also build its future.

A resigned shrug is all Moreno can muster when asked about the future of Curaçao’s Jewish community. But if the stats on the number of visitors to the synagogue and museum are any indication, it’s tourists who may provide salvation—or at least a lifeline—to Mikvé Israel-Emanuel. Even though the old synagogue holds deep spiritual significance for a number of individuals and families in the Caribbean, tourists now exceed the number of locals who worship there.

Curaçao’s Mikvé Israel-Emanuel synagogue was built in 1732. By the late 1700s, there were approximately 2,000 Jews on the island, one of the highest concentrations in the western hemisphere at the time. Today, fewer than 200 worship at the synagogue. Photo by Brennan Linsley/AP Photo

As with other synagogues in the Caribbean, Mikvé Israel-Emanuel has become a venue for destination weddings, bar mitzvahs, and bat mitzvahs, mainly for wealthy families from the United States. The synagogue hosts about a dozen bar mitzvahs or bat mitzvahs annually, but it’s the cruise ship visitors who supply the most substantial boost. In 2015, cruise ships brought more than 565,000 people to Curaçao and many of them went to see the synagogue that covers its floor with sand, paying a US $10 fee to see its treasures.

Having visitors pay to visit the synagogue could be seen as the commodification of a cultural tradition, but Maduro, Moreno, and the other stewards of Mikvé Israel-Emanuel balance the preservation of the building and its rich history with the financial realities of maintaining a centuries-old building with a dwindling congregation. Photos in the sanctuary are not allowed on the Sabbath, and the museum cases are opened when the centuries-old pieces on display need to be used.

By sharing their beloved synagogue with visitors, Curaçao’s Jews offer a doorway to history, a place to reflect, and a calm sanctuary in a busy world. 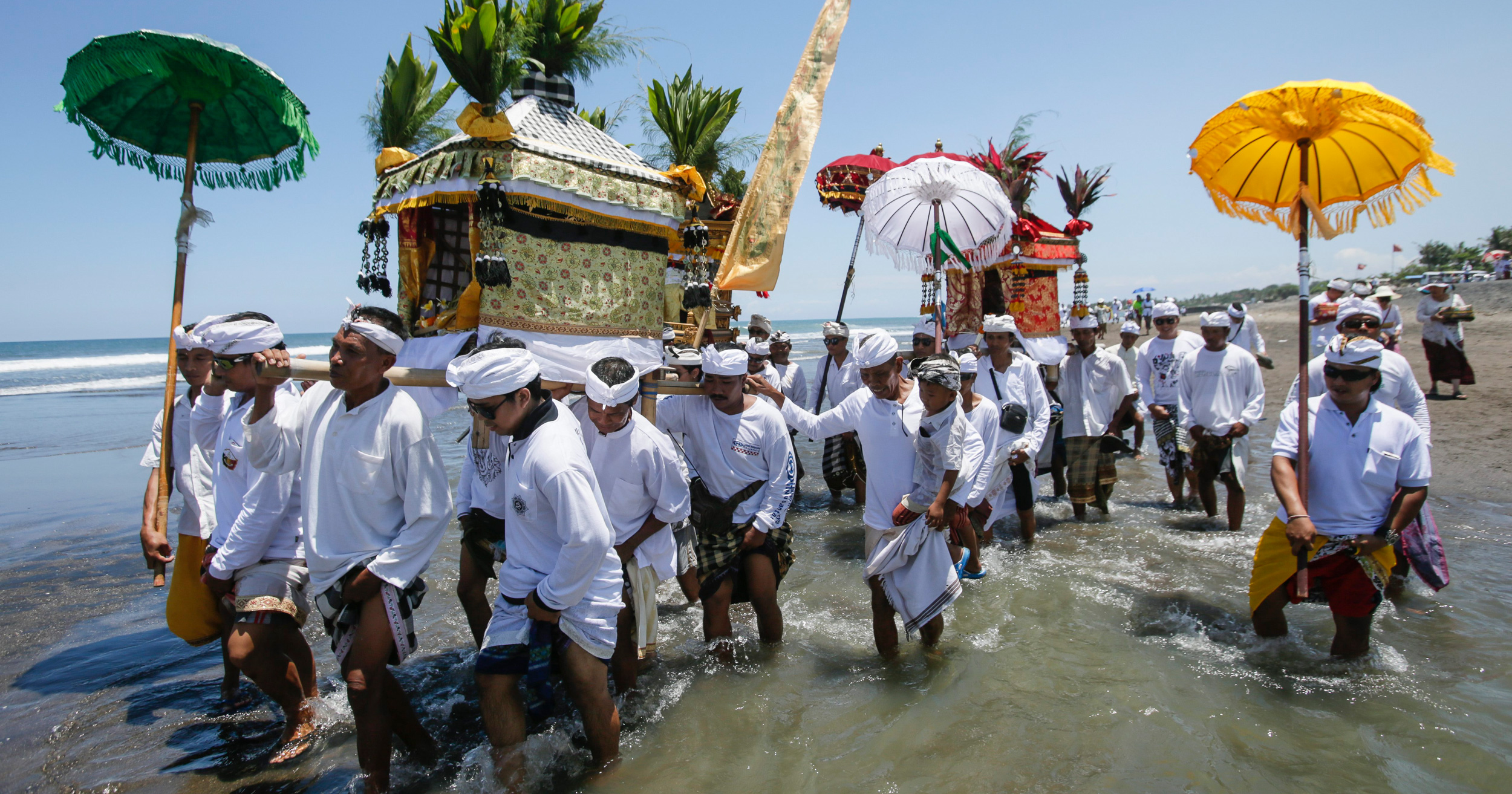