A young male walrus sits on an ice floe off Spitsbergen, Norway. Photo by Steven Kazlowski/SuperStock/Corbis

After Erik the Red killed his enemies in Iceland, he found himself banished and sailing westward. Around 985 CE, Erik settled his family on an unexplored island, and, in what is widely regarded as the first act of real estate branding, named the place “Greenland,” hoping to attract other Vikings with the implicit promise of rich farmland. But as archaeologists are now learning, Erik may have been better off naming the place “Walrusland.”

Scholars have long thought that Erik’s branding deception worked, and that Vikings flocked to Greenland to set up farms—even though the growing season is short and raising livestock difficult. Archaeologist Thomas McGovern and colleagues, however, are testing a new idea: that Vikings settled Greenland to provide European markets with luxury trade goods such as furs, eiderdown, hides, and walrus tusk ivory.

As new research suggests, it does appear that walrus hunting, not farming, was the main source of prosperity for many of the Vikings—an estimated 3,000 at peak population—who chose to eke out a living on the farthest fringe of European culture. 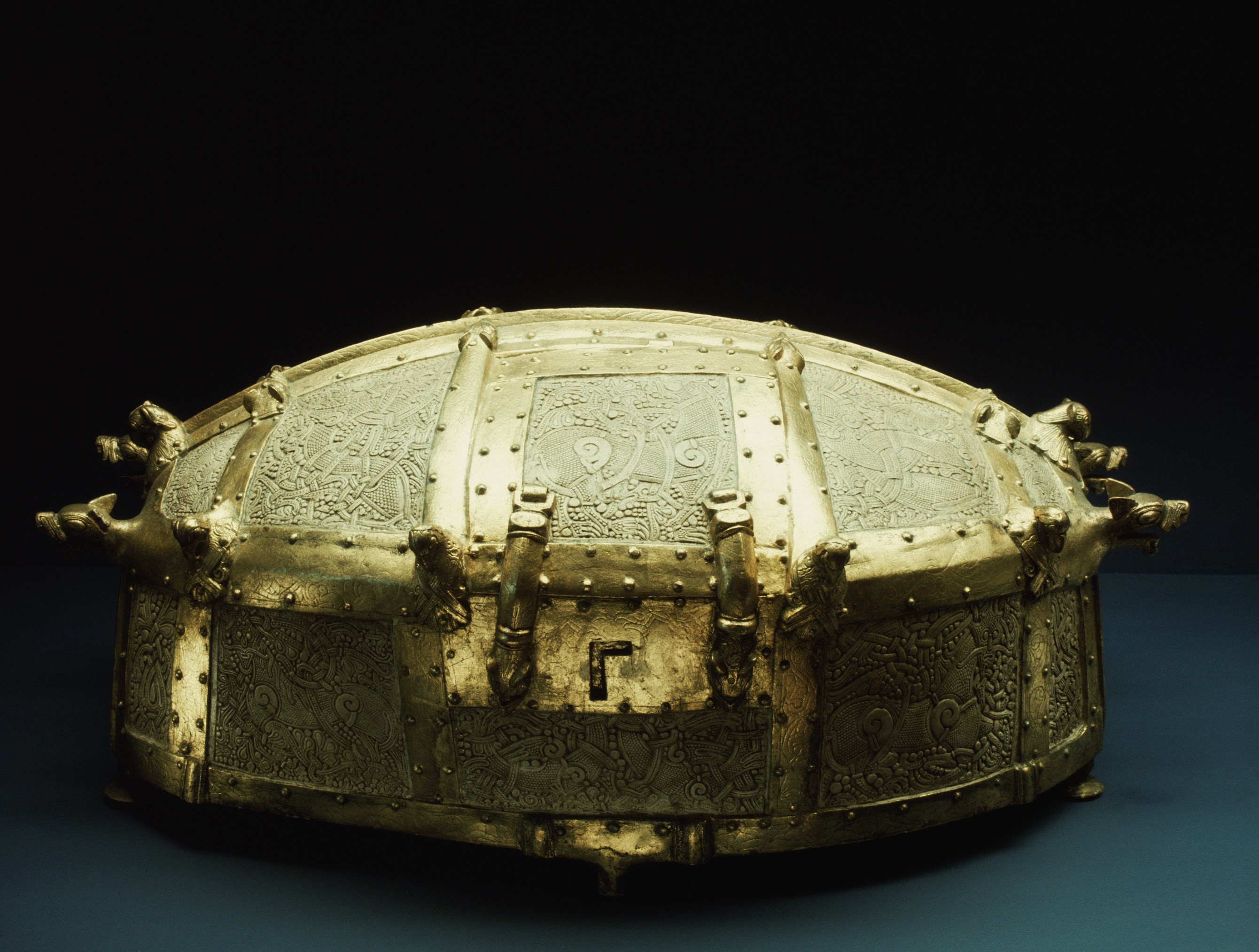 A replica Viking casket made of gilded bronze and ivory. Photo by Werner Forman/Corbis

Throughout the first millennium CE, European economics went through an important change as new trade networks across Europe and Asia opened markets for goods of all kinds. And in the first few centuries after Erik the Red’s westward voyage, the number of ivory artifacts in medieval Europe blossomed.

The Middle Age ivory trade was incredibly lucrative, but it was not easy money. One historical source describes a 15-day row in a six-oared boat from the nearest Viking settlement to the walrus colonies in Disko Bay, on Greenland’s west coast. Even in summer, the men would have risked hypothermia. With the hunt complete, the hunters would reverse the journey, now with up to 160 severed walrus heads piled in the boat. (Tusk extraction, it seems, was easier once the head had rotted for a few weeks.)

Still, the risks had a sizable reward. A document from 1327 CE, analyzed by Christian Keller of Oslo University, showed that a load of walrus ivory equivalent to 520 tusks was enough to pay six years’ worth of Greenland’s taxes to their ruler, the king of Norway. That much walrus ivory had the same value as 780 cows or 60 tonnes of fish.

During the Viking ivory trade’s boom years, Europe’s economy was based on luxury goods, with elites and nobles trading high-prestige gifts, says McGovern. But then, in the High Medieval period (about 1200 to 1400 CE), things gradually changed. The European economy transitioned from one based around luxury goods to something more akin to a modern economy, where bulk goods like wool and fish are sold for profit.

“The Greenlanders were left stuck in the old economy, they were left producing for the prestige goods market,” says McGovern. As European markets for bulk goods expanded and fashions moved away from ivory decorations, the incentive to visit Greenland may have disappeared. 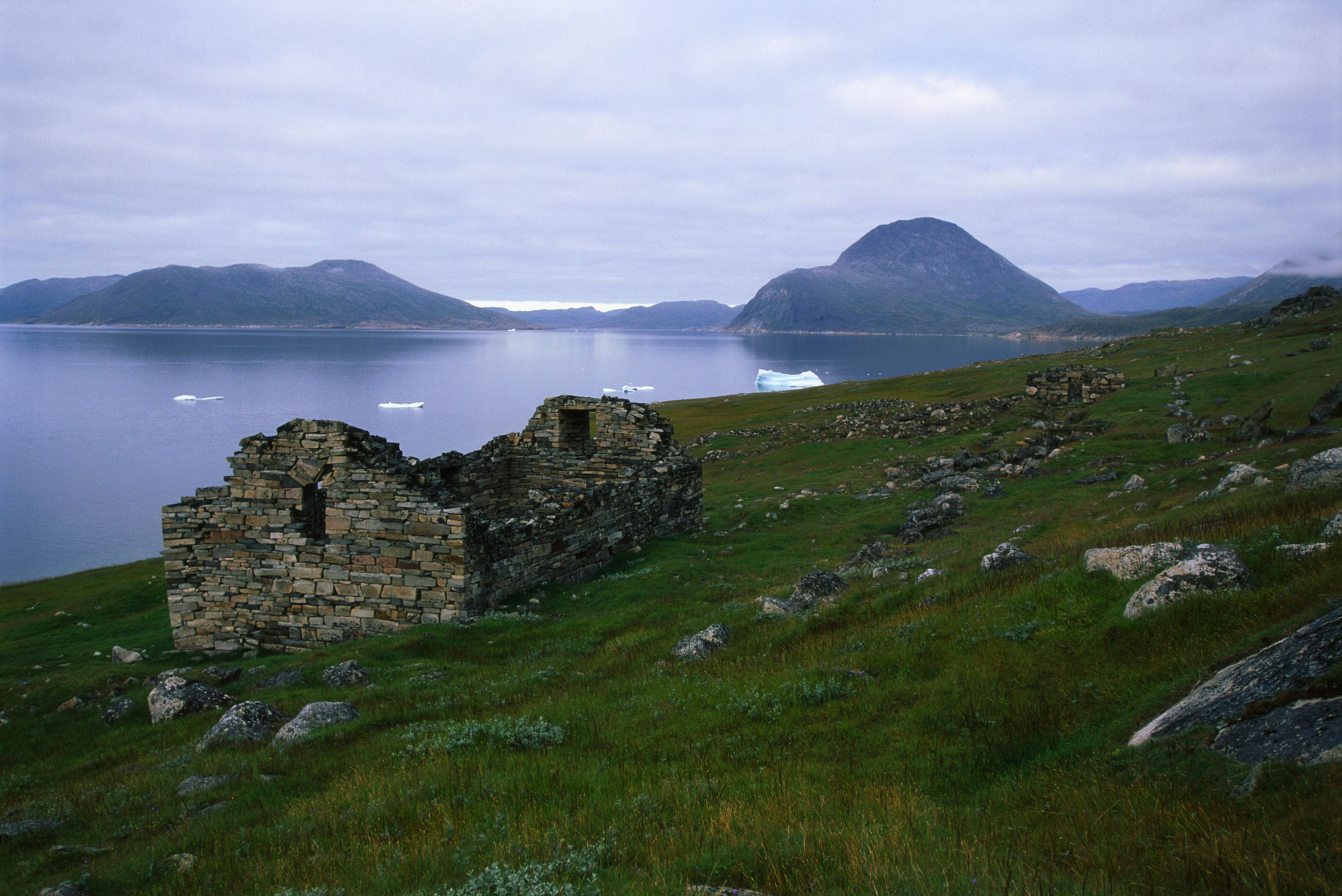 The remains of a Viking settlement in Greenland. Photo by Wolfgang Kaehler/Corbis

This was borne out in the 1300s when the number of Greenland ivory artifacts in Europe declined. Adding to ivory’s fall from fashion, in the mid-1300s Greenland’s economic connection to Europe was damaged when Norway was ravaged by the Black Death, leaving few people able to make the long voyage.

By around 1350 CE, the settlement closest to Disko Bay was abandoned. By the mid-1400s, Europeans deserted the rest of Greenland as well. Despite Erik the Red’s deceptions, Greenland was never very good for farming. But with European economics changing around them, so too went its appeal for Greenland’s Viking walrus hunters.