In pens and hatcheries along the coasts of New Brunswick, Canada, and Maine, USA, young salmon are growing into adults that will soon grace dinner plates around the world. But these fish have much more to offer than just their delicious pink meat. If on-going research pans out, medicines derived from salmon blood could help save human lives and, possibly, mitigate chronic pain.

In the 1980s, Evelyn Sawyer founded Sea Run Holdings as an aquaculture company to grow salmon for food. But while tending the fish, Sawyer, who has a PhD in zoology, noticed something strange: “Birds would get into the pens to feed on the fish and literally cut them in two, but there was almost no blood,” she says. “The [salmon] were clotting very rapidly.”

In all vertebrate animals, blood clotting is a process that involves two proteins, thrombin and fibrinogen. The proteins bind together and stop blood from flowing. In tests, Sawyer found that a salmon’s blood clots faster and more firmly than a mammal’s. In 2002, Sea Run switched its focus from raising food to developing therapeutic products based on salmon blood.

The company’s first product, called SEA-STAT, uses a combination of salmon thrombin and fibrinogen as a “fibrin sealant” to stop major bleeding. “We took this to the army, who got really excited about it,” says Sawyer. “They found that this [product] sealed bleeding better than anything else.”

But then much cheaper clotting agents based on zeolite minerals came out, and the military went with them—even though, says Sawyer, they have turned out to be less effective. So, for now, SEA-STAT has been put on the back burner.

Next, Sawyer focused on the fact that salmon are able to regenerate their spinal cords. Sea Run’s experiments in rats have shown that salmon fibrinogen can help heal spinal cord injuries, but the company currently has no plans to move on to human testing. “Clinical trials for spinal cords are almost impossible, because all injuries are different,” says Sawyer. “There’s no way to push this forward.”

Sea Run’s first two treatments may be dead in the water, but now the company seems to have hit on a killer use for therapeutic salmon blood. Building on the spinal cord work, Sea Run is investigating how salmon thrombin can be used as a painkiller. The protein has shown promising results in experiments on animals as a way to treat both acute and chronic pain, including bone pain, post-operative pain, nerve pain, and burns. 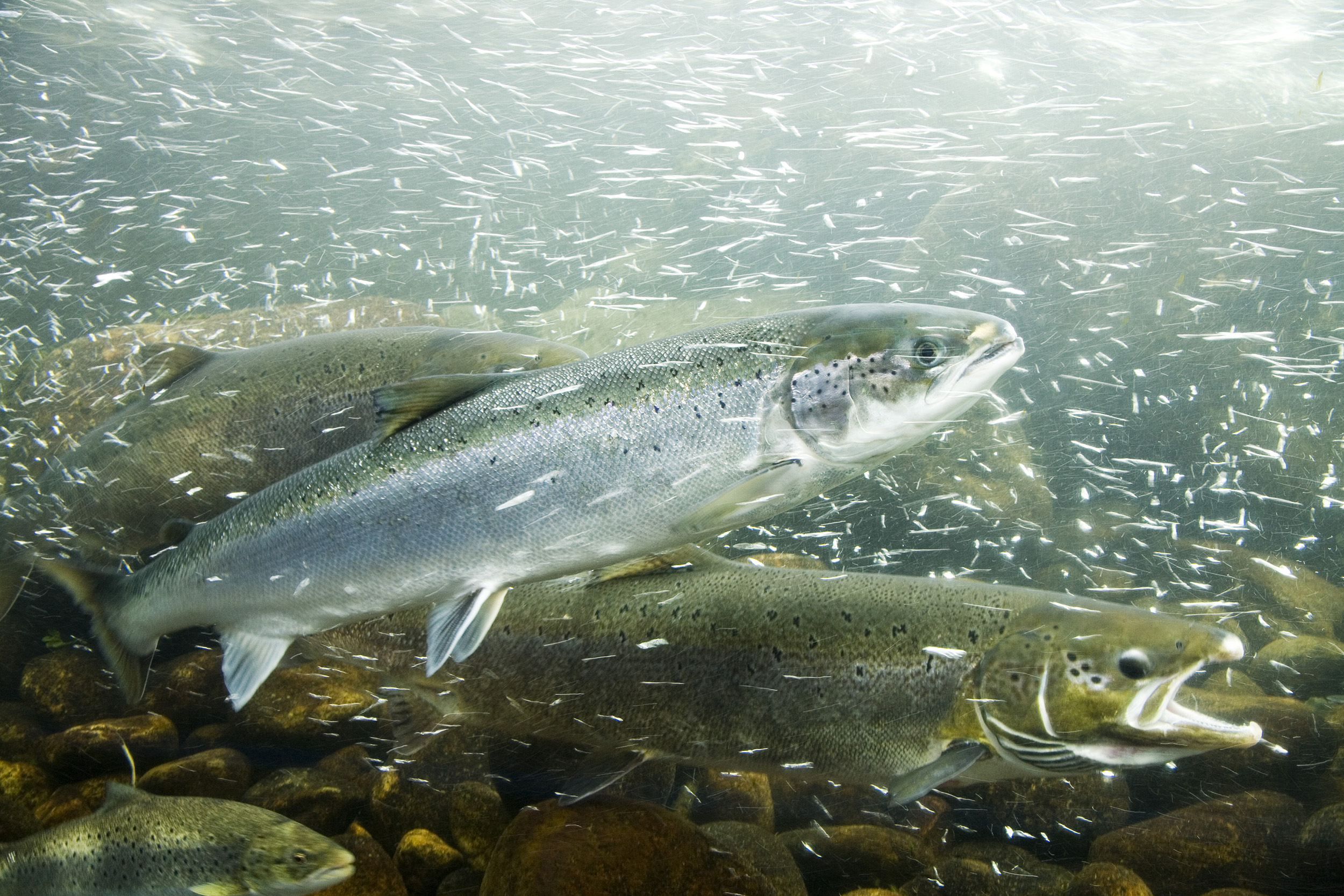 Beth Winkelstein, a biomedical engineer at the University of Pennsylvania, has been testing how Sea Run’s salmon thrombin product, called SEA-STAT-TH, works on nerve pain. She found that when salmon thrombin is given soon after an injury it stops the molecular cascades that cause chronic pain—stopping the pain from developing in the first place. How exactly this works is a mystery that Winkelstein and her team are now beginning to unravel.

Winkelstein says it’s “pretty cool” that thrombin seems to work on so many different types of chronic pain. But the real excitement, she says, comes from the fact that it works in a totally different way than existing pain treatments, like opioid painkillers, without the problems that tend to go along with them, like addiction.

“The things that are effective for treating pain tend to be addictive, or have unpleasant side effects,” says Winkelstein. “So this is a tremendous opportunity. We finally have another hammer to go after a bunch of these nails.”

Sea Run, says Sawyer, is now ready to push the pain treatment forward. “We’d really like to study this in humans,” she says. “We’re looking for a bigger company to team up with.”

Sea Run’s medicines are not the first to come from salmon. The salmon hormone calcetonin is used to treat osteoporosis, and protamine, from salmon sperm, is used as an antidote for the blood thinner heparin. But Sea Run is the only company working on drugs for bleeding or pain.

Salmon is a safe source of medicinal compounds because fish are so different from humans that there are no viruses or other pathogens that can jump across species. In contrast says Sawyer, building a recombinant version of the same proteins would require growing them up in bacteria or animal cells such as Chinese Hamster Ovary cells, which can be a source of infection.

Extracting the proteins, however, is a fairly labor-intensive process. Just prior to harvest, a syringe is used to draw the salmons’ blood. Each fish only provides around 70 to 100 milliliters of blood, and the proteins make up only a small part of that. But this is where the large scale of salmon farming is an advantage. Sea Run works with Cooke Aquaculture, a Canadian company with farms in Maine, New Brunswick, and Chile to ensure a steady supply of blood.

This gives salmon-based products an advantage over drugs extracted from other animals. “You read about drugs derived from snake venom, or from salamanders,” says Sawyer. “But nobody is raising 15-pound [7-kg] salamanders.”

Working with salmon blood is proving to be an exciting field, says Sawyer, because there is so much it is able to do. “It stops bleeding, it stops inflammation, and it stops pain,” she says. “It’s kind of a triple whammy.”