There are sunny days ahead for the ocean beneath the Larsen C ice shelf. Photo by NASA

When an iceberg the size of Delaware cracked free from the Larsen C ice shelf in West Antarctica this summer, Dave DeMaster and Craig Smith had a bittersweet moment. On the one hand, “Yikes!” On the other hand, they could collect some valuable data.

For the past 10,000 years, this swath of ice—newly-minted iceberg A68—had been casting a pitch-black shadow over nearly 10,000 square kilometers of the Antarctic seafloor. Right now, the iceberg is so thick, more than 180 meters thick on average, sunlight can’t penetrate it. But, as A68 drifts away and takes its shadow with it, the life that lived in its darkness will experience the sun’s rays for the first time. DeMaster and Smith are keen to see what happens next.

The collapse of such a large chunk of the Larsen C ice shelf is many things: a potential sign of climate change; a likely cause of future sea level rise; and the latest example of the increasing rate of ice loss from the southern continent. But for the ecosystem hidden beneath the former piece of ice shelf, the sudden explosion of sunlight is expected to be a game changer. And for DeMaster and Smith, it’s an opportunity to expand on the research they’ve conducted for 30 years.

In 1978, Smith, an ecologist at the University of Hawai‘i at Mānoa who was then a graduate student at the University of California, San Diego, drilled through 420 meters of Antarctica’s Ross Sea ice shelf. On the seafloor 600 meters beneath the ice, he found a muddy landscape populated by only a few scavengers. Without sun, the ocean floor beneath an ice shelf is close to a barren wasteland. But all that changes when sunlight hits the water.

The partial collapse of the Larsen C ice shelf is the third major ice shelf break in West Antarctica in the past 30 years. Parts of two smaller ice shelves—Larsen A and Larsen B—disintegrated in 1995 and 2002 respectively. Smith and DeMaster, a chemical oceanographer at North Carolina State University, studied the changes on the ocean floor during Larsen A’s demise.

They found that once the iceberg floats away, the ocean floor transforms. Scavenging juvenile fish and shrimp pass through, says Smith, taking advantage of the lack of competition. Hardy sea cucumbers move in, too, using their suction feet to travel long distances, feeding on the scarce waste nutrients that litter the seafloor. Eventually, in the endless sun of polar summer, plankton flourish near the sea’s surface. They are so dense, says DeMaster, that one swipe with a net will easily fill a plastic grocery bag with the greenish-brown organisms. 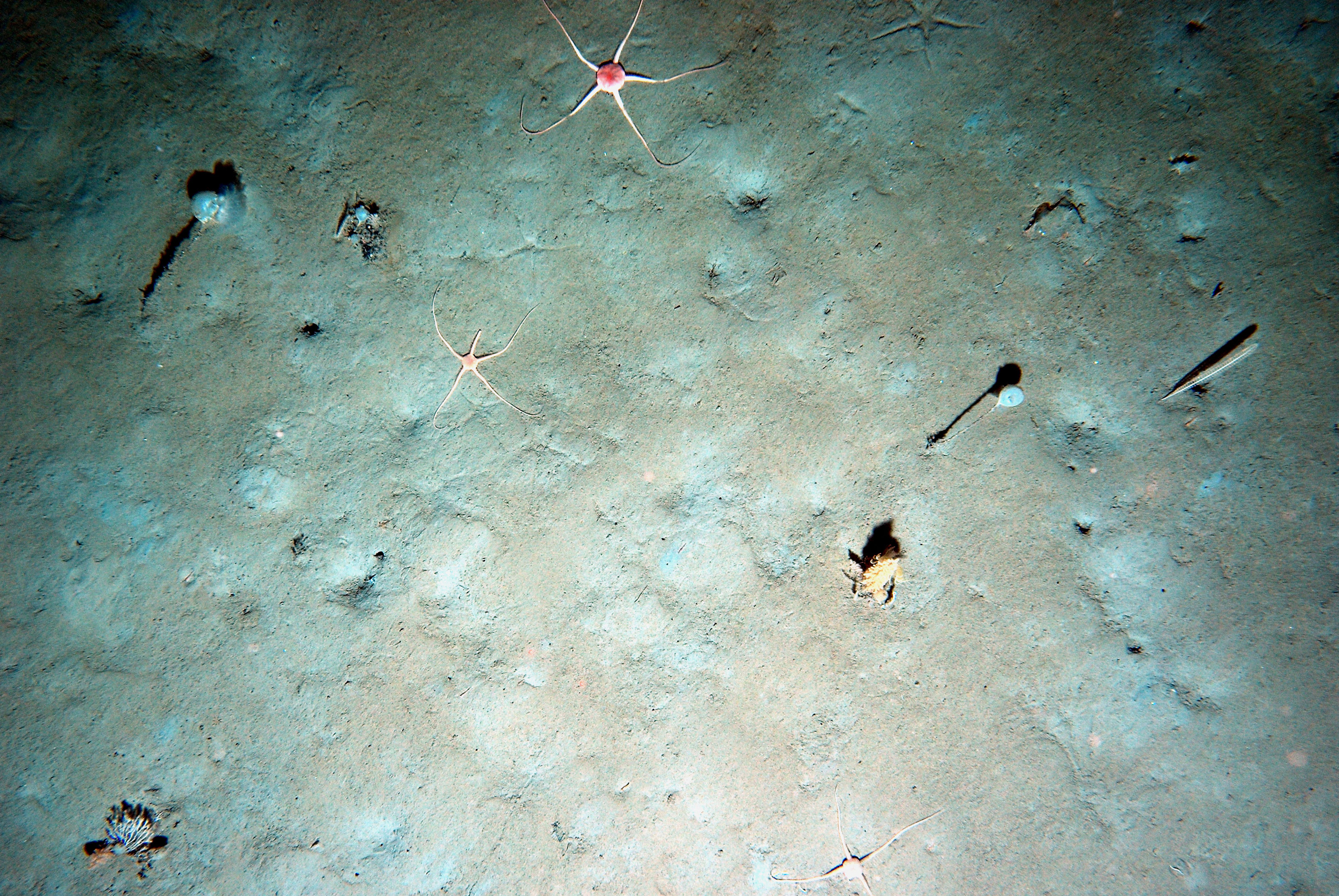 DeMaster and Smith started studying the Larsen A ice shelf 15 years after it collapsed, so they missed catching a glimpse of the earliest stages of colonization. But with Larsen C, they’ll be there at ground zero. Based on their earlier research, they can predict what will happen as the circle of life takes off in the deep.

When the thriving plankton die and decay, life truly begins. The detritus floats down through the water column to settle on the ocean floor where it mixes into the sediment: more food for the bottom-dwellers.

Within five to 10 years, more sea creatures will settle. Krill, sea stars, sea squirts, and other filter feeders will colonize the area, sucking fresh nutrients from decaying plankton. Krill feces will sink to the seafloor, too, adding more nutrients. Over several decades, if enough nutrients mix into the soil, there will be ample food in reserve to sustain the ecosystem through the long dark winter, DeMaster says.

Smith predicts that in the long term, the deep will become habitat for half-meter-high marine forests of soft corals, anemones, and fern-like sea pens. The fertile seafloor sediments will encourage burrowing creatures, such as sea urchins and worms.

Smith says he was surprised how quickly sea creatures colonized the open areas left behind by the collapsed Larsen A ice shelf. He expected the changes to take hundreds of years—instead they took decades. These nascent ecosystems have yet to stabilize: change is still happening.

Bottom-dwelling organisms in the Antarctic are almost invisible, and certainly less cute than penguins, but they support entire ecosystems. The iceberg’s departure opens up more territory for these underdogs.