Along Cambodia’s southwest coast, the rumble and thud of dredgers has polluted the Peam Krasop Wildlife Sanctuary for more than a decade. Local people, most of them fishers, have seen millions of tonnes of sand stripped from pristine estuaries. Activists say the Cambodian government, reticent to stymie the lucrative industry, has done little to protect the communities, so they are taking matters into their own hands, with potentially dangerous consequences.

Sand is big business in the 21st century: by some estimates, it’s a US $70-billion industry. Around the world, it is hauled from riverbeds and coastlines to be turned into concrete, asphalt, and glass. The demand for sand has spawned a global black market, with corruption, scandal, and even murder. In October 2016, Cambodian environmental group Mother Nature revealed that some $750-million worth of Cambodian sand had been imported by Singapore, with no record of it leaving Cambodia. Mother Nature alleged that a “sand mafia” of local business moguls and government authorities, ostensibly responsible for monitoring the trade, was behind the heist.

The government made numerous attempts to discredit the findings, and then shut down international sand exports a month later under growing pressure from opposition lawmakers and environmentalists. Finally, the estuaries and residents of Peam Krasop had some peace.

But for three activists who have spearheaded Mother Nature campaigns, the peace was short-lived. Six weeks after they unearthed the off-the-books sales, San Mala, Sim Somnang, and Try Sovikea fled the country, fearing persecution after they were called to court over an old charge. In 2015, the trio was sentenced to 18 months in prison for threatening to destroy a sand barge. They were released after 10 months, with the remaining eight suspended. The case lay dormant until this summons, which the men see as a direct threat.

“The judicial system in Cambodia is weak,” says Mala. “We suspect that powerful and rich individuals are using the courts as a tool of revenge against us.” Such intimidation is not foreign to Mother Nature activists, however, as they expose corruption and environmental threats in a country where both are rife. In 2015, the government made its strongest statement against the group when it expelled cofounder Alex Gonzalez-Davidson for overstaying his welcome following protests against a planned hydropower dam. Gonzales-Davidson is a British-Spanish citizen who had called Cambodia home for 14 years.

When Cambodia’s murky sand trade was first exposed in a 2010 report by London-based environmental watchdog Global Witness, two ruling party senators—Mong Reththy and Ly Yong Phat—were at the helm of the sand mining industry, and two of the prime minister’s daughters were listed as part owners of one of the country’s most active mining firms—Udom Seima Peanich Industry and Mine Co., Ltd.

These big names have since disappeared from official documentation, but according to Mother Nature, their influence in the sand industry remains. 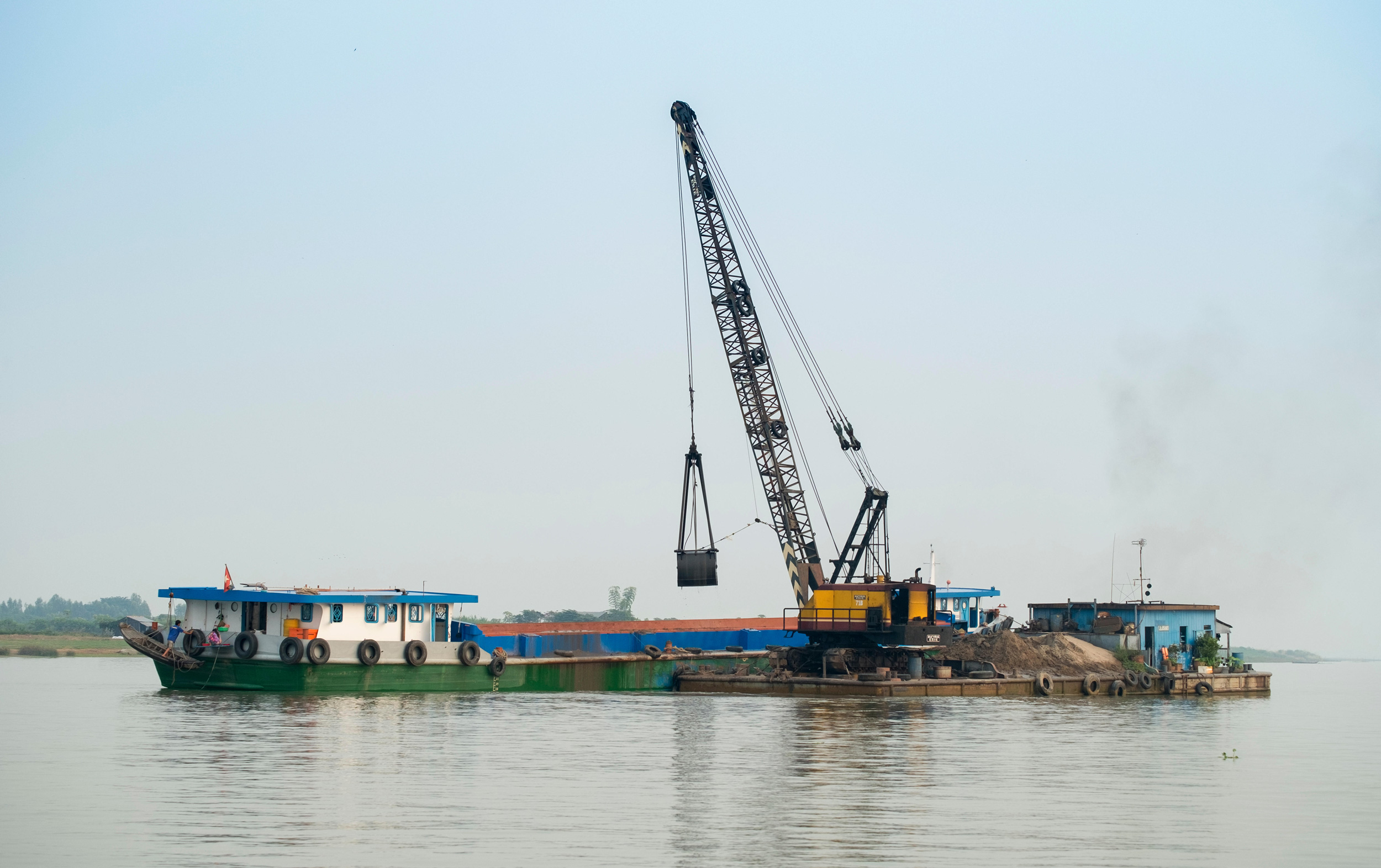 A dredger pulls sand from the Mekong River in Cambodia. Photo by John Michaels/Alamy Stock Photo

“Make no mistake, this was not a few small boats stealing sand and smuggling it out under the cover of darkness,” Gonzalez-Davidson says in reference to the recent revelation unearthed by his organization. “This pillage of one of our nation’s most precious resources was conducted by government agencies, their friends and families, and their business partners, working together.”

With public furor over the stolen sand at a high, Dith Tina, a spokesman for Cambodia’s Ministry of Mines and Energy, said in January that Cambodians “should be proud that our sand is taken for use everywhere around the world.” The ministry did not respond to numerous requests for comment on this story.

Gonzalez-Davidson is fighting to be allowed to return to Cambodia. But for Mala, Somnang, and Sovikea, returning to the country with suspended prison sentences hanging over their heads is a risk too great to take.

In late February 2017, their case was heard in a federal appeals court. The verdict was upheld and there is no warrant for their arrest. But the activists still owe $25,000 in fines and damages, and face the prospect of having their case forwarded to the Supreme Court, where a number of legal avenues could see them sent back to prison.

Cambodia’s black market sand industry might not be as deadly as India’s—where hundreds of people, including police officers, have reportedly been killed opposing the trade—or as scandalous as Malaysia’s, where dozens of officials were caught helping smuggle sand to Singapore in exchange for cash and sexual favors. But for Mala, Somnang, and Sovikea, the danger is real and they’ve chosen temporary exile over testing the independence of the courts.

“The threats that we are being subjected to are aimed at halting our activities so the sand smuggling can resume,” Mala says. But at home or in hiding, Mala and his comrades say they will not stop.