To us, a centuries-old oil painting is a beautiful piece of art; to microbes and fungi, it’s a bed and breakfast.

Microbial degradation is a big problem in the art world. To keep paintings from falling apart as the wee beasties settle in and consume bit after bit, art conservators need to give the works regular care.

Normally, to restore something like an oil painting, conservators use solvents with chemicals derived from alcohol or petroleum. “You go inside a lab [for art restoration] and you immediately sense the powerful chemical smell from the solvent,” says Franco Palla, a molecular biologist at the University of Palermo in Italy. But these cleaning solvents can be harsh, and in some cases, hard on the art.

Art restorers and scientists are looking for better ways to get rid of masterpieces’ filth while minimizing damage to both the sensitive artwork and the environment. For Palla, that quest led him to the bottom of the sea.

In new research, Palla and his colleagues show how chemicals derived from colorful marine creatures called sea anemones, can provide an alternative to traditional cleaning chemicals, without the nasty side effects. 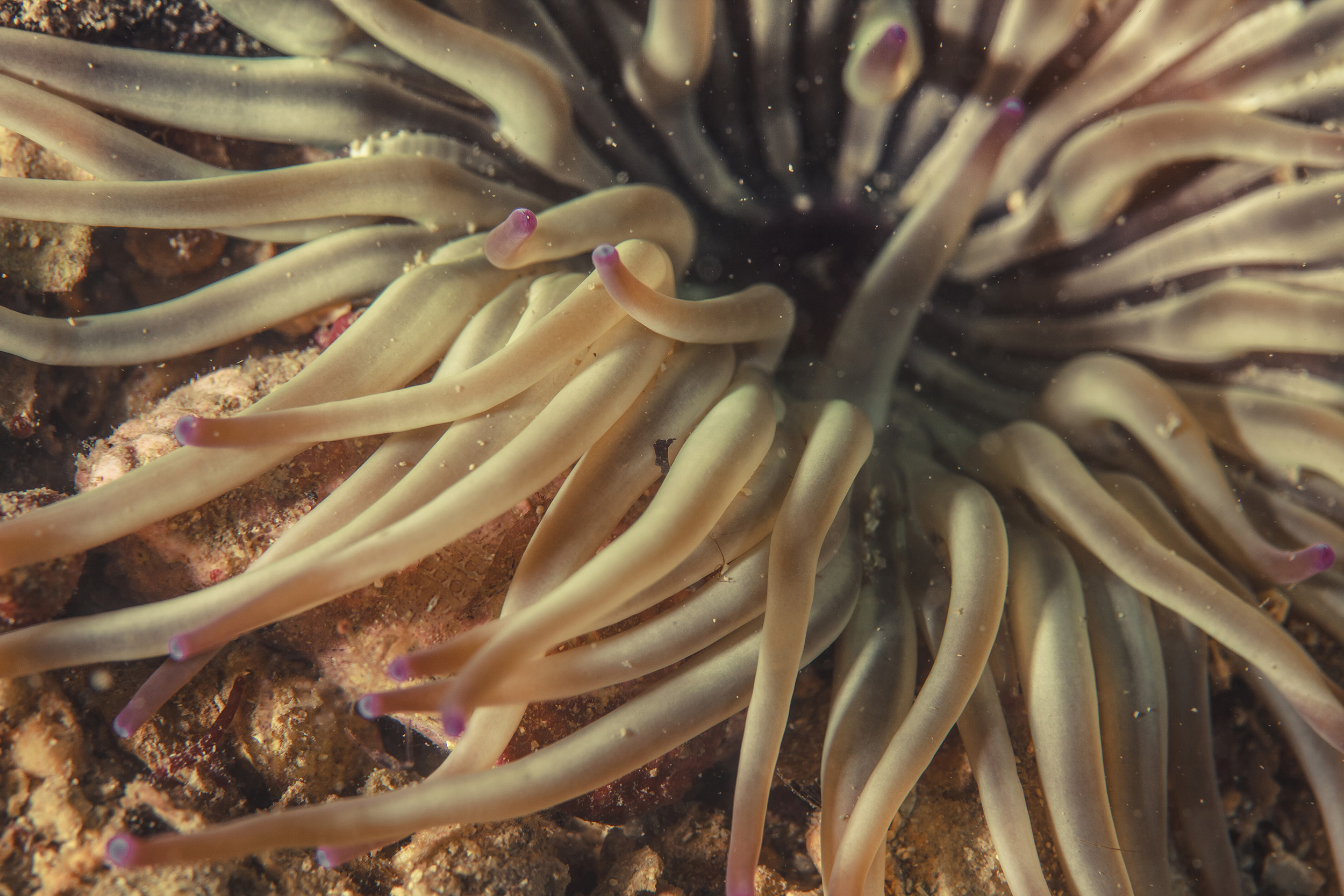 In sea anemones, the enzymes are used to help ward off infections. Photo by Romulic-Stojcic/Lumi Images/Corbis

Sea anemones are a close cousin to corals, and some coral species have been an important part of Mediterranean art for thousands of years as jewelry or sculptures. Now sea anemones may be able to contribute to art too, though in a new way.

In their lab, the scientists tested the enzymes by setting up little canvases layered with glue and paint. They subjected their canvases to humidity, heat, and light for two weeks, rapidly aging them to be in the same condition as a centuries-old masterpiece.

Cleaning the canvases with both their sea anemone-derived enzymes and a commercial cleaner, they found that though both approaches worked, the enzymes did some useful things the commercial product did not. For example, the sea anemone enzymes could remove microbes and fungi at room temperature, where the commercial solvent needs a temperature in excess of 37 °C, which further degrades art.

Palla says that using enzymes from marine life to protect art could be part of a greener approach to restoring cultural objects, including artifacts, frescos, paintings, and even documents that consist of only ink on paper. Since the enzymes from sea anemones are proteins, they break down more quickly in heat and are less likely to linger in the environment after they’re disposed of than petrochemical solvents.

And no further sea anemones would have to be sacrificed in the name of preserving art, says Palla. While his team harvested several for the experiment and there are plenty more in the central Mediterranean close to his own lab, they would instead artificially recreate the newly discovered chemical in a laboratory if it becomes mass produced. That way, we can have both clean artwork and a clean environment.