Depressed mud crabs have a big parasite problem on their privates. Photo by Will Parson/Chesapeake Bay Program

The depressed mud crab is dealing with a lot right now. There’s climate change, pollution, and a real downer of a name. (Its scientific name, Eurypanopeus depressus, is no more cheery). But its greatest burden is probably the genital parasites. Yes, there’s a particular barnacle that latches onto depressed crab crotches, takes over the machinery therein, and co-opts it for its own reproduction. (And you thought herpes was bad.)

But relief may be coming. Ocean ecologist Alyssa-Lois Gehman at the University of British Columbia has modeled how this host-parasite relationship will change as the ocean warms and discovered that the barnacle, Loxothylacus panopaei, will probably become extinct in the depressed mud crab population with just 2 °C of warming.

This may be good news for the crabs. But in another, more far-reaching way, the discovery is bad news. Most researchers don’t consider the shifts that may be coming for host-parasite interactions when they’re modeling how ecosystems will cope with climate change. And that’s an oversight in conservation and adaptation planning because parasites are everywhere.

“Most of the organisms on Earth have parasites,” Gehman says. “Including these interactions makes projections way more accurate.”

Gehman says that under today’s environmental conditions, both infected and uninfected depressed mud crabs spend their days scuttling around coastal oyster beds, so it seemed likely they would continue to do so as the seas warm. But when Gehman designed a new projection that included how the two species would interact, she got a very different forecast.

The updated model showed that if the average water temperature rises by just 2 °C—which is expected by 2100—the parasite will vanish from the crab population. Rather than weathering the changes, the combined stress of heat and barnacle hosting will cause infected crabs to die relatively quickly. This gives the barnacles little time to reproduce: when the crabs go, they’ll take the barnacles with them. And healthy crabs will have one less thing in the water to worry about. “The parasite needs its host to be alive,” Gehman says. 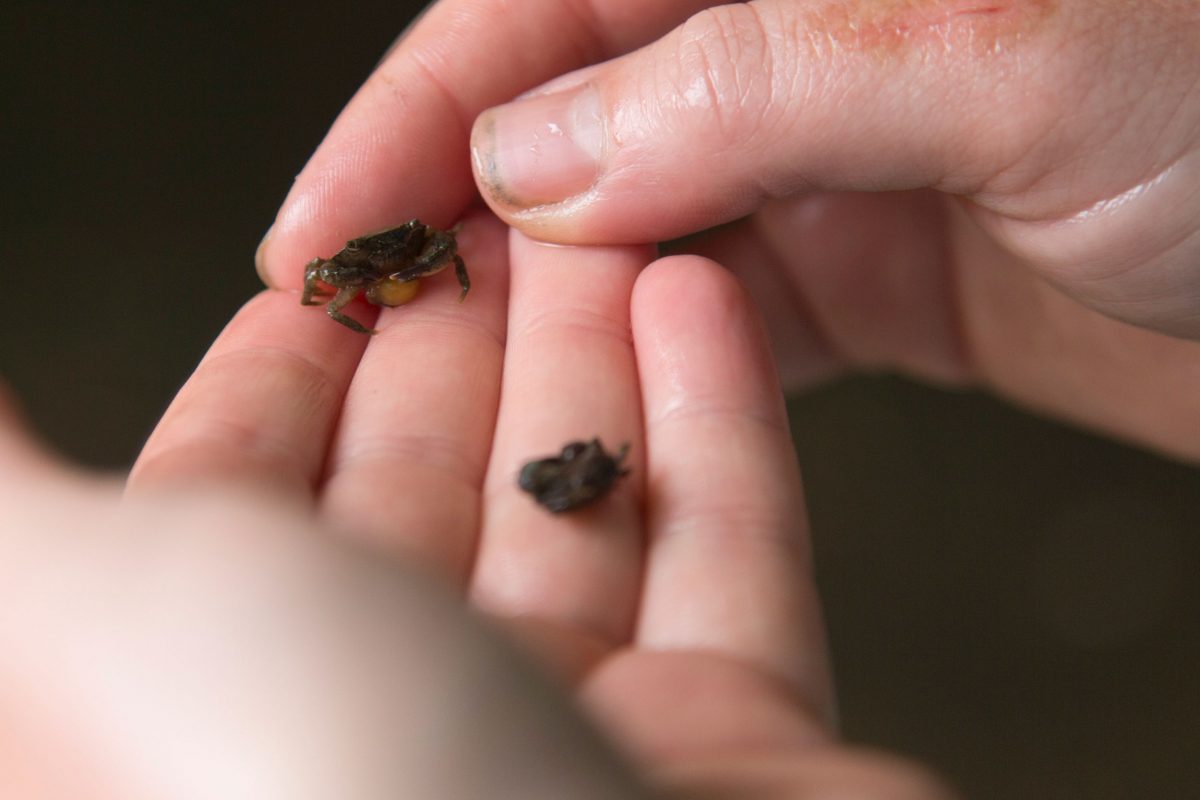 Jeff Shields, a marine biologist who studies fish and invertebrate parasites at the Virginia Institute of Marine Science, agrees that considering host-parasite dynamics is vital. But he says that other parasitic relationships may be more stable than that of the depressed mud crab and its genital-thieving barnacle. Crabs and barnacles are multicellular animals, he says, and as such their interactions may be more rigidly defined than those of more adaptable parasites such as microbes.

Shields also notes that the barnacle parasitizes several different crab species, and that Gehman’s model doesn’t predict if getting kicked off the depressed crabs will wipe them out completely, or if they’ll just rebound with a new host. But he’s happy to see scientists tackling these questions. An estimated 75 percent of animals are symbionts or parasites, he says, so studying their relationships is essential.

Those relationships are proving complex. Life would be easier for public health officials and environmentalists if there were a clear pattern emerging, but like the crab and barnacle, each relationship adds its own twists. Shields’s work suggests that counter to the barnacles’ potential plight, microbial parasites will actually flourish in a warming climate. Gehman says many ecologists have extrapolated that “a warmer world is a sicker world,” in part because, like many organisms, parasites and hosts may shift ranges, and there will be many new encounters.

But the new study shows that some parasites will diminish. Both Shields and Gehman say that when it comes to parasites, the only thing we can count on is change.