The source of this copper band, found among the remains of seven cremated individuals on an island off the coast of Georgia, has been traced to the Great Lakes region. Photo by Matthew C. Sanger

Like a good mystery, it began with dead bodies where they didn’t belong. On St. Catherines Island, off the coast of Georgia, in the center of the McQueen Shell Ring—a mound of oyster and clam shells 70 meters wide and built between 4,270 and 3,680 years ago—archaeologists recently discovered a single burial that contained the cremated remains of at least seven people and a band made of copper. It was an unusual find because the Indigenous people living on the coast of Georgia at that time did not cremate their dead, and the copper band seemed like a strange luxury to place in such an ancient grave.

From this discovery, archaeologists are revising their understanding of long-distance trade routes and the emergence of social hierarchies in ancient Indigenous groups.

The burial dates to the Late Archaic, a period just before the people living in this region adopted an agrarian lifestyle, which led to the development of more economically and socially complex cultures with permanent communities and flourishing trade networks. For some, it also led to social inequality. Hereditary chiefs, for instance, likely ruled, and they may have displayed prestige and maintained political power in part by exchanging luxury goods such as copper ornaments.

“Typically, archaeologists track [social complexity] to the invention of agriculture,” says Matthew Sanger of New York State’s Binghamton University, who was the lead author on the study, “but when you really push back on it you can find inequality goes back much deeper.”

The timing of this social change is a question that interests the archaeologists investigating the McQueen Shell Ring, particularly given the curious discoveries they made in the burial. Cremation, for instance, seems to predate the known social practices of coastal people in the Late Archaic and speaks to more social complexity within these earlier coastal cultures than was previously thought.

An analysis of the elements contained in the copper armband showed that it had been mined from a source in Minnesota roughly 2,300 kilometers away. Sanger believes that the people in the shell ring burial also came from a region near the Great Lakes, which indicates that people and goods were moving across a greater area than was previously assumed. 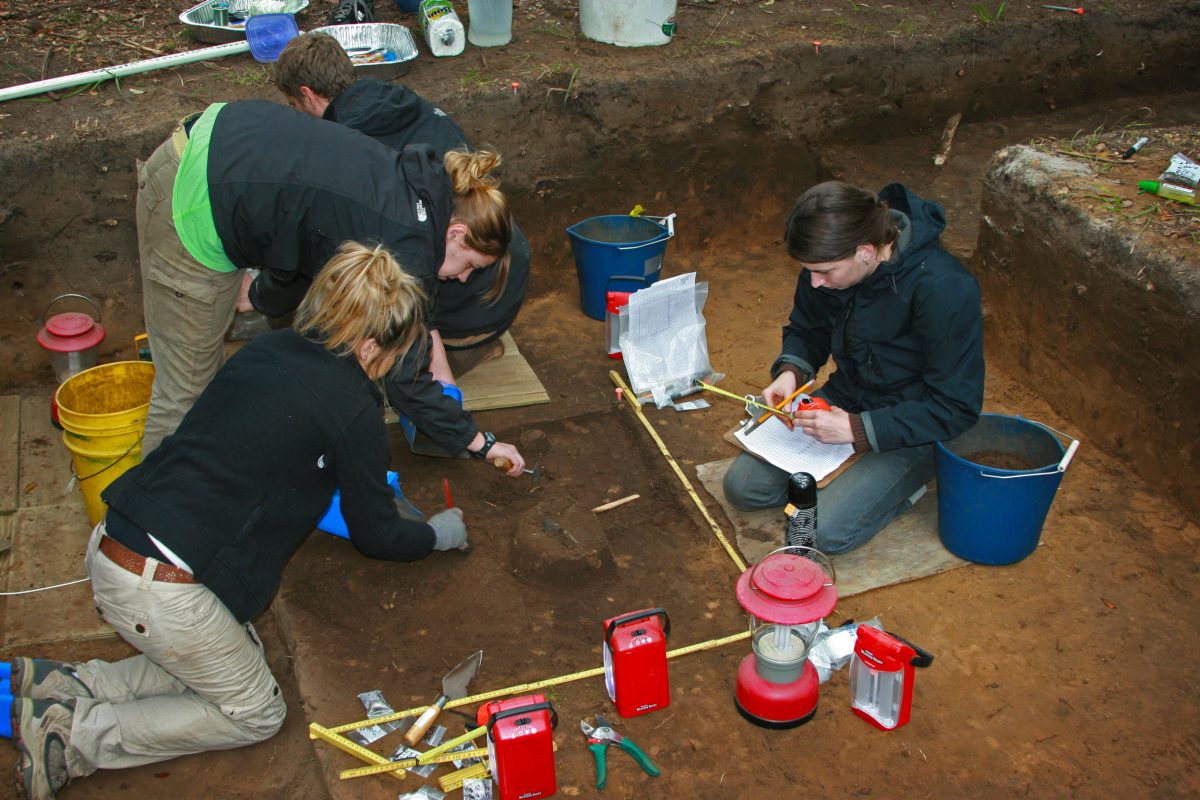 But these people imported more than material goods to the coast—they carried new ideas, too, including one that the dead should be cremated rather than buried. According to Sanger, people of coastal Georgia had trade networks that extended along the coast, but based on his findings, it is now clear that those networks extended far inland to the river valleys connecting the coast to the Great Lakes region. “Maybe the whole eastern United States was far more interconnected directly than we ever assumed previously,” he says.

Kenneth Sassaman, an archaeologist at the University of Florida who has been working in the southeastern United States for 35 years and was not part of the research team at the McQueen Shell Ring, is excited by the discovery, but he has a different interpretation of what the find means. Sassaman points out that while this is the only known cremation burial on the Georgia coast dating to the Late Archaic period, there is another cremation at a site several hundred kilometers away in the Appalachian Mountains dating from 5,000 to 4,500 years ago. It is possible, according to Sassaman, that the burial at the McQueen Shell Ring was a late-surviving example of that ancient tradition. He does agree that the find is part of a larger trend, however. “The Late Archaic is a bomb burst of activity that starts about 4,000 years ago,” he says, referring specifically to the trade in copper objects.

Sanger believes that the discovery at the shell ring fits into the larger constellation of current archaeological research that points to a similar conclusion: people in the past were far more socially complex than we ever assumed.