A Christmas gift from his mother-in-law made George Roff rethink the history of coral diseases. Roff, a University of Queensland ecologist studying reef ecosystems, collects historical illustrations of marine life. This one was a 19th-century lithograph from a German encyclopedia. It shows a shallow Indo-Pacific reef, where fish swim among delicately rendered corals. But Roff’s gaze was drawn to one coral in particular. In the foreground, a coral had been depicted with a stark white blemish outlined in black. “It struck me immediately that this was black band disease,” Roff says. “There was no mistaking it.” 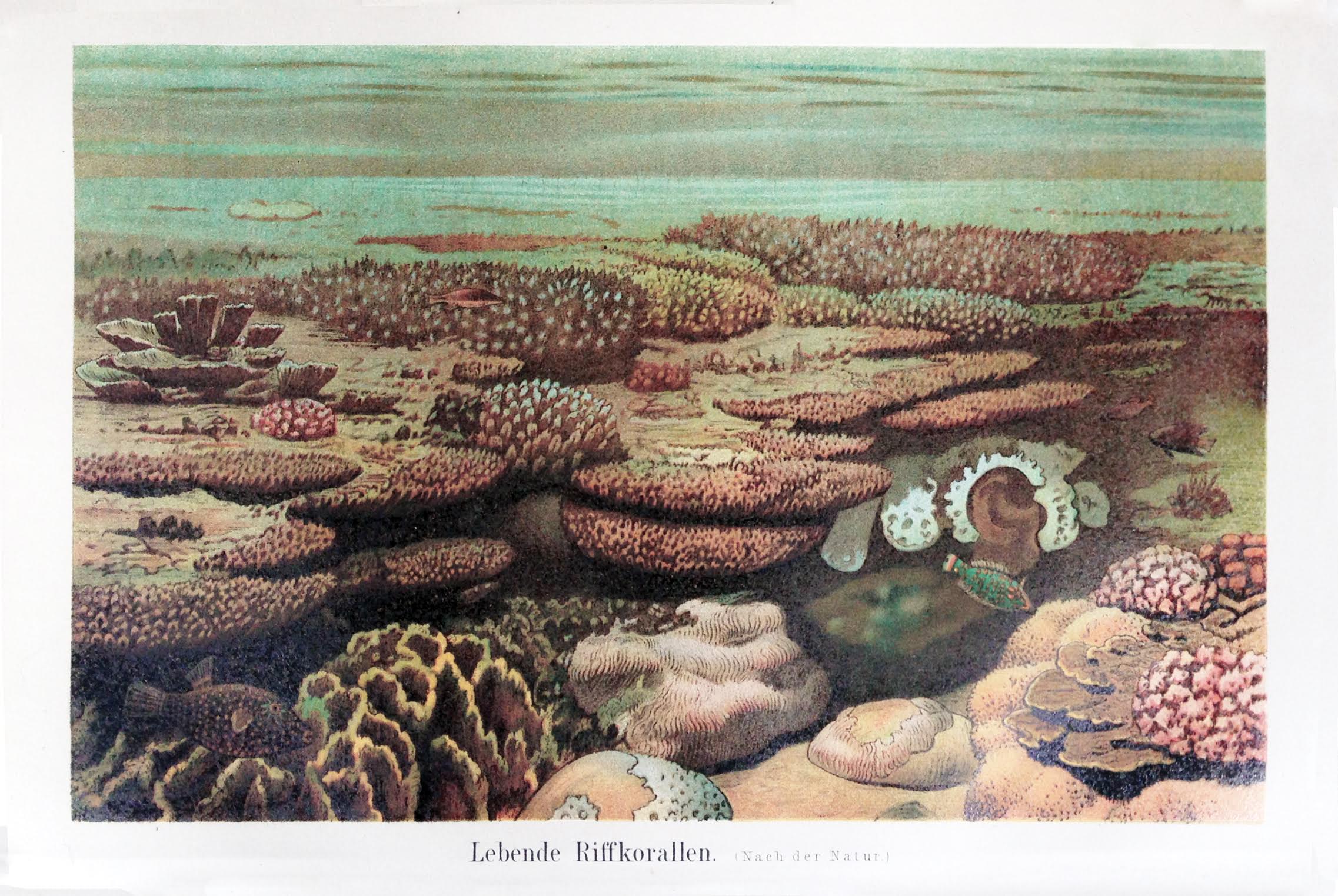 The depiction of a coral reef ecosystem as seen in the German encyclopedia Meyers Konversations-Lexikon, circa 1895, showing a potential case of black band disease (center, foreground). Artist unknown. Photo via George Roff.

In black band disease (BBD), many types of microbes grow together in a narrow band. The band marches across coral at up to a centimeter per day, destroying tissue and leaving behind the bare skeleton. Scientists first described BBD in the early 1970s in the Caribbean. Like other coral diseases, it’s becoming more and more common. But the lithograph suggests that BBD existed a century before scientists discovered it. It may have even been widespread.

“Was this complete luck that the artist happened to capture the only diseased coral on the entire reef system?” Roff says. “Or was it common enough back then to stumble across it frequently?”

There’s no way to prove the dark line in the old lithograph is really BBD. But Laurie Richardson, a Florida International University microbiologist who’s been studying BBD for decades, says it is an important finding. “I absolutely believe it is valid,” she says. “Black band disease has been around for much longer than we thought.”

Like the exact origin of BBD, the identity of the lithograph’s artist remains a mystery. Roff spent hours in libraries in the Netherlands and Austria trying to figure it out. His best guess is that it was the work of German illustrator Heinrich Harder (1858-1935). But Roff would love to know more, he says. “I find it incredible that someone could paint an underwater coral reef scene with that much taxonomic detail prior to the onset of scuba.”