A “black smoker” hydrothermal vent on the Pacific seafloor. Photo by Ralph White/Corbis

From glaciated peaks in the Andes Mountains to virgin swaths of Tasmanian rainforest, humans have carved up the Earth’s surface in search of minerals and metals. Now, with little land left to exploit and an ever-growing demand, mining companies are shifting their sights toward a new frontier: the smoldering crust of the ocean floor.

This may sound like the plot line of a Captain Planet episode, with Canadian mining company Nautilus Minerals playing the eco-villain, but could Nautilus’s plan to drill the seafloor instead make it an eco-saint?

In 2011, the government of Papua New Guinea awarded Nautilus the world’s first lease to mine the deep sea. The approved site, known as Solwara 1, is a gold- and copper-rich basin of hydrothermal vents, a type of underwater hot spring, located more than a kilometer deep and 30 kilometers from shore in the Bismarck Sea. Extraction at the 0.1-square-kilometer site is expected to start in 2018.

Nautilus and its proponents are touting Solwara 1 as the dawn of a new mining age, one that will help meet the world’s unsated metals demand without the environmental and social side effects often associated with terrestrial mining. In fact, a new Nautilus-commissioned report by think tank Earth Economics claims that deep-sea mining could be a boon, producing ore with a lighter footprint than land mining since it doesn’t displace communities, erode soil, or contaminate fresh water. But some scientists and environmentalists aren’t convinced.

“My first reaction [to the report] was ‘So what?’” says Les Watling, a biologist who has spent the past 10 years studying the deep sea. “Of course terrestrial mining has done massive environmental damage. But it’s like comparing scrambled eggs to eggs over easy. In both cases, the egg was broken.”

Rowan Schmidt, one of the lead authors on the Earth Economics report, says that meeting global demand for copper in particular is an important part of building a green economy.

“Environmental groups rightly see climate change as a tremendous threat to ecosystems and people globally,” he says. “They call for a dramatic reduction in carbon-based fuels and an increase in renewables, like wind, solar, tidal, and more. All of these renewable sources require far more copper.”

If deep-sea mining can extract the same amount of ore with fewer effects on people and the environment, then that’s worth considering, says Schmidt. 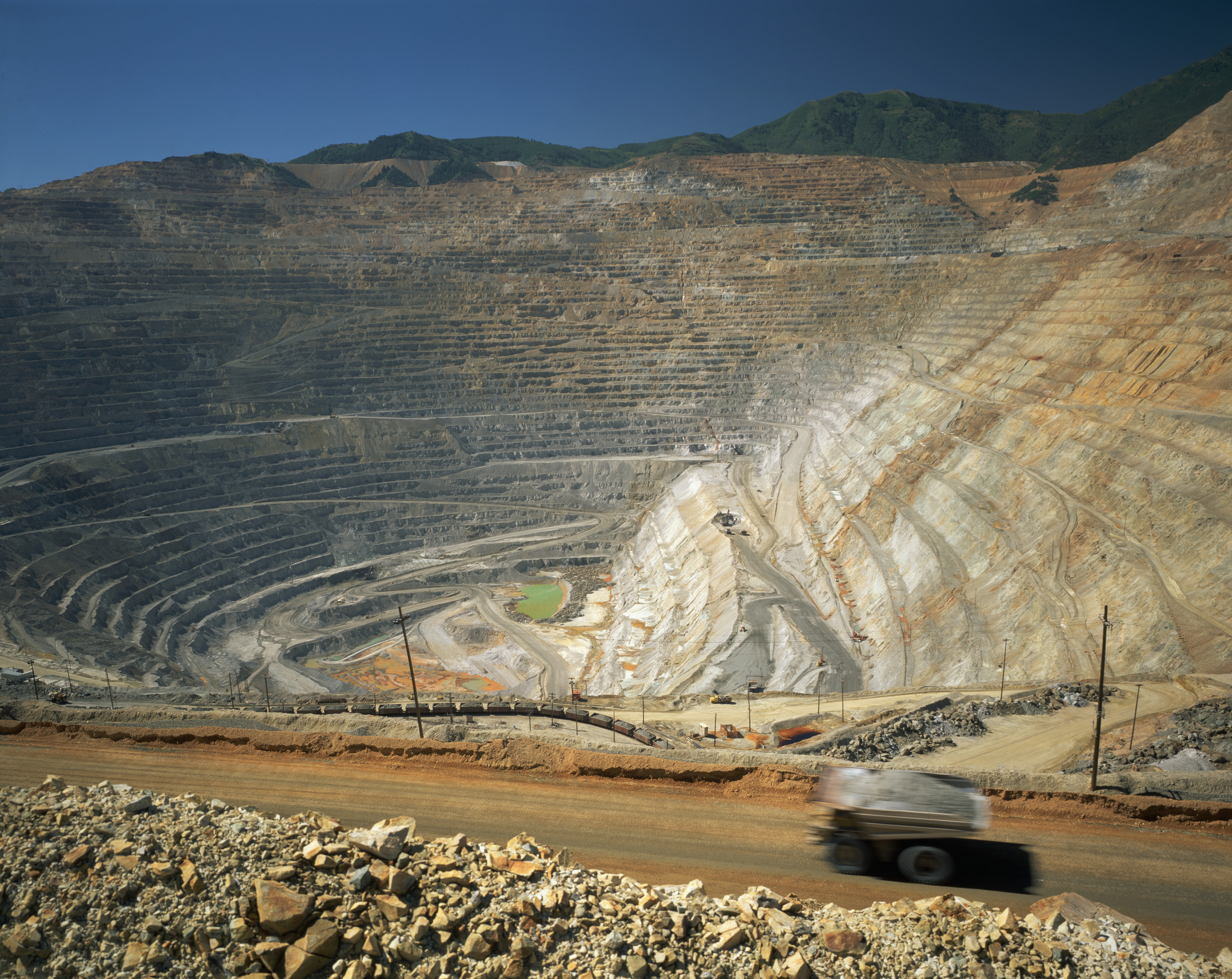 The Bingham Canyon Mine near Salt Lake City, Utah, is one of the largest excavation projects in the world. Seen here on August 1, 1995, this massive copper mine is still active. Photo by Scott T. Smith/Corbis

But assessing the true cost of deep-sea mining is a big question mark given that scientists’ knowledge of the deep ocean is primitive, says Watling. Hydrothermal vents, like the ones Nautilus hopes to mine, were only discovered in the late 1970s. The surreal deep-sea landscapes are home to a bevy of mysterious creatures—from giant tubeworms to crabs with UV vision.

Mining, clearly, will not be kind to these ecosystems. Before extraction at Solwara 1, two robots will remove a large layer of seafloor and everything living on it. Then, machines will grind up the mineral deposits, suck the slurry up to a vessel on the ocean’s surface for sorting, and shoot the wastewater back down, discharging it above the seabed. The company expects that 1.8 million tonnes of gold and copper, worth an estimated US $900-million, will be mined before being transferred to nearby Rabaul, and then shipped to China for processing.

To offset the damage, Nautilus plans to establish a marine reserve at the South Su volcano, a vent system two kilometers away. While Nautilus’s own environmental impact statement acknowledges that South Su isn’t home to all of the same organisms as the mine site, it features the same dominant species and the company expects those animals to recolonize the mining site a few years after production finishes. But the full range of species living at any of these hydrothermal vent sites is an unknown—scientists are discovering new ones all the time.

The uncertainty that surrounds deep-sea ecosystems is reason enough to halt plans, says Helen Rosenbaum, coordinator of the Deep Sea Mining Campaign, an advocacy group opposed to the project.

“If you lose species, we’ve lost species before they’ve been properly understood,” she says. 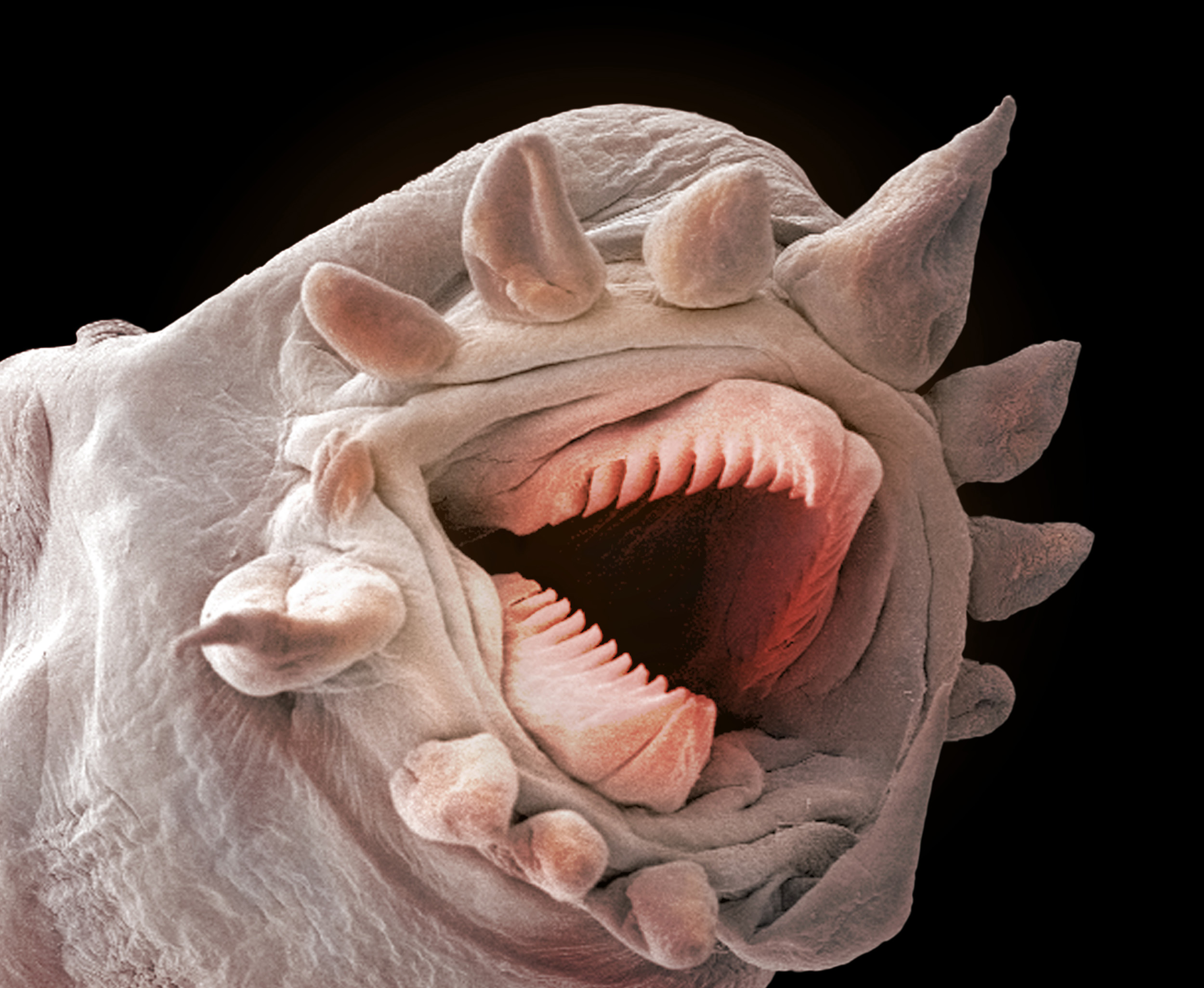 A scanning electron micrograph of a bizarre deep sea scale worm, an animal that was found on a hydrothermal vent on the Pacific Ocean floor. Photo by Philippe Crassous/Science Photo Library/Corbis

Another big question is what will come in the wake of Solwara 1.

Marine geologist Phil Weaver, who’s heading a European Union-commissioned project to study the effects of deep-sea exploitation, admits the Solwara 1 site is small, but warns that mining a number of hydrothermal vents could cause serious damage.

“The impact of Solwara 1 itself is probably quite negligible, but they’re not building the ship and all the equipment to just tackle Solwara 1,” Weaver says. “This is going to be an ongoing process after that.”

Schmidt is clear to point out that the Earth Economics study is focused exclusively on Solwara 1, and does not condone opening up the global seabed.

Yet Nautilus holds active licenses or applications for roughly 500,000 square kilometers of exploration territory in waters off Tonga, Fiji, Vanuatu, the Solomon Islands, New Zealand, and the Central Pacific, in addition to Papua New Guinea. Beyond Nautilus’s permits, the International Seabed Authority has granted 26 mineral exploration contracts to governments and mining companies that cover more than a million square kilometers of international seafloor.

But first, Nautilus will take on Solwara 1 and try to emerge a savior. The world will sit back and watch—hoping answers will surface from the depths.