A cruise ship in port at the Málaga cruise terminal in Spain. Photo by Holger Leue/Corbis

In summer, the northern Mediterranean Sea fills with high-speed ferries and cruise ships. The tourist fleet is a welcome sight for business across southern Europe, but their presence brings unwelcome trouble for the whales and dolphins that share the sea. Much as an eight-lane highway restricts the movement of deer, new research suggests that crowded seaways limit where marine mammals can swim in the Mediterranean, and in some cases raise the risk of deadly confrontation.

Wherever they share space, whales and dolphins risk bloody collisions with the hulls and propellers of ships. In the Mediterranean, collisions with high-speed ferries have proven especially deadly to the region’s fin whales.

Throughout the Mediterranean, shipping traffic has been increasing as the European Union pours money into its “Motorways of the Sea” initiative, a plan to boost the economy and relieve crowded European roads by spurring maritime trade and transportation. European shipping is already a massive industry, worth well over a trillion euros, that provides jobs for an estimated three million people. If all goes according to plan, shipping traffic—which has already increased 123 percent since 2002—will continue to rise.

Marine biologists, meanwhile, are trying to gauge how this rise in ship traffic is affecting the region’s dolphins and whales—not just by killing them, but also by disrupting their lives in more subtle ways. According to a recent survey, for instance, a team of researchers suggest that dolphins and whales have learned to avoid the busiest shipping routes. But not always. In some cases, they say, the animals will risk the threat of a deadly collision to feed. 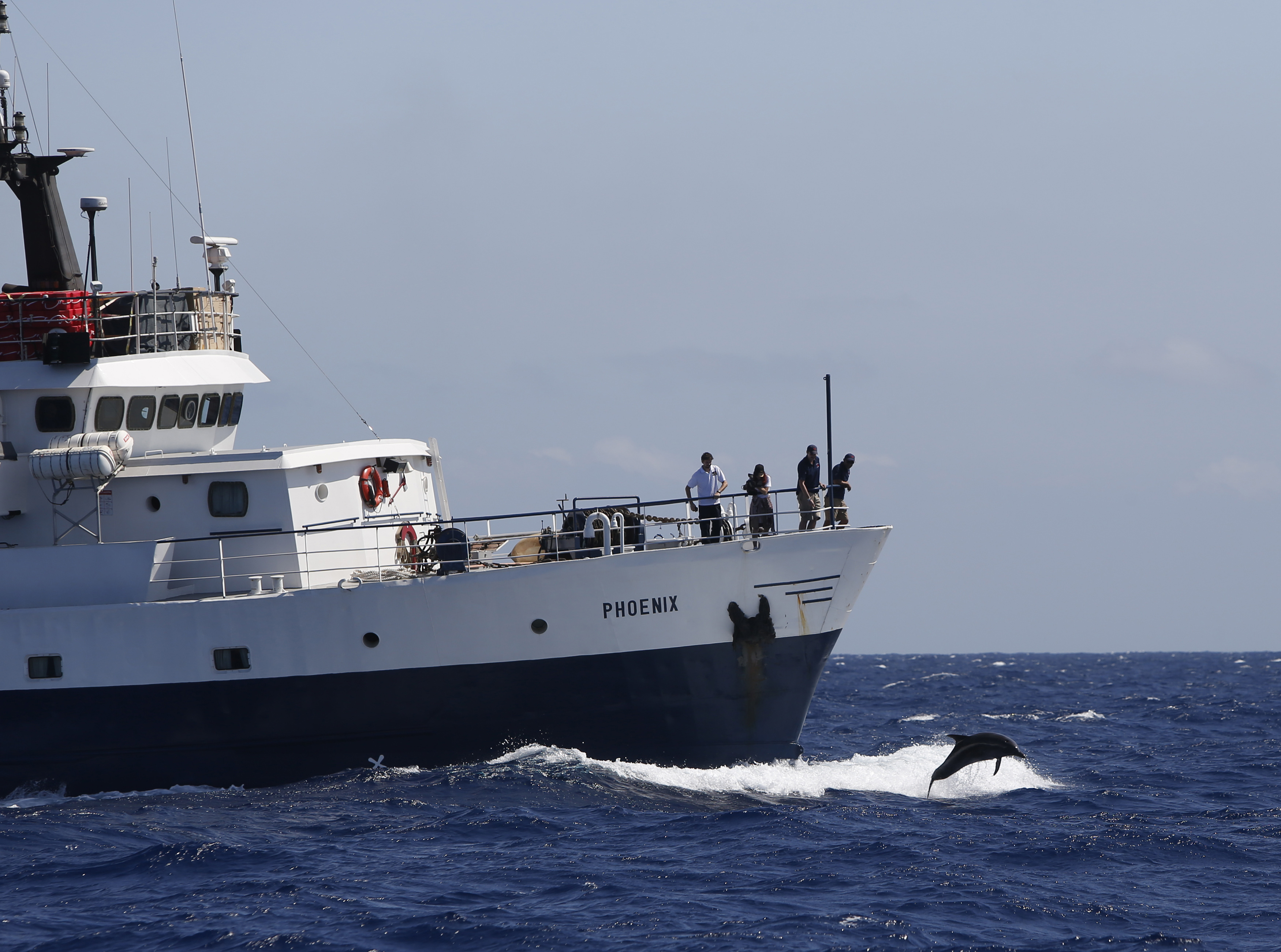 A dolphin jumps in front of the Phoenix I off the coast of Malta. Photo by Darrin Zammit Lupi/Reuters/Corbis

The study took place in the summers from 2009 to 2013. Aboard a ferry, a team of French and Italian researchers surveyed the number of ships, dolphins, and whales along seven Mediterranean shipping routes that connect Spain, France, and Italy.

Antonella Arcangeli, an ecologist who worked on the study, says that they found variations in how adept different species are at navigating the busy seaways. Striped dolphins, for instance, generally avoid ships. Fin whales steer clear of ships along every route but one, a seaway that passes through the middle of the Ligurian Sea—fin whales’ summer feeding grounds. Other species, such as sperm whales and Cuvier’s beaked whales, tend to tolerate heavy shipping traffic in locations near their preferred deep-sea canyons.

“Species avoid the areas unless they need to stay there to feed,” says Arcangeli. “But they prefer to move to where there is less traffic if they can.”

The new survey faces some criticism. Environmental engineer Arianna Azzellino says that while the study probably captures “something relevant,” its findings are so striking that she can’t help but wonder if it’s biased. Marine biologist Manuel Castellote is also concerned about the study. He says it has already been well established that shipping traffic drives whales and dolphins away.

“I am not too excited about the quality of the study,” says Castellote by email. “I am surprised they sample the effect of ship traffic from a ferry. There are many other ways to study this effect without biasing results by the disturbance of their observation platform.”

Arcangeli, however, says that the survey is only meant to compare lightly-used routes with busier ones, and that their own presence is treated as a constant. She contends that there had not been enough observations to definitively show that dolphins or whales avoid shipping routes in the high seas. Further, she says, the team’s research shows how an animal’s need to feed might trump its hesitancy to move through busy shipping lanes.

At the same time, this isn’t apolitical science. Arcangeli says she hopes policymakers will consider the research as they develop guidelines for ships on the open sea.

“We cannot plan effective conservation measures if we don’t know the dynamic of the problems that we need to address, and science is a way to explore the problems,” she says.

The researchers want to encourage the use of early warning systems to alert ship captains to the animals’ presence. They’d also like to see the establishment of a maritime speed limit.

Fabian Ritter, a marine biologist who was not involved with the study, says this and other similar research can help conservationists talk to the ferry and shipping industries.

“It’s all about making the industry aware about a conservation—and safety, for that matter—issue,” says Ritter by email. “As a consequence, they start thinking about the problem, and potentially a climate of openness towards mitigation measures on a wider scale will be created.”

There are a ton of factors to consider when policy is proposed to increase shipping traffic, from the costs and speed of various modes of shipping to the effects on the climate. But if Arcangeli and others have their way, the effects of shipping on marine life will be one of them.