Tensions have been rising in the South China Sea as border nations position for control of the region. In 2015, the Philippines and the US military held joint training exercises. Photo by Francis R. Malasig/epa/Corbis

In climate, history, and culture, the South China Sea could not be more different from the North and South Poles. Geopolitically, though? There may be some similarities. That’s the idea being put forth by a group of political scientists who are arguing that the political arrangements used to govern the Arctic, in particular, could be a good model to ending the disputes in the fractious South China Sea.

Much like in the Arctic, border states in the South China Sea stake claims to all or part of the region. China, the Philippines, Vietnam, Malaysia, Brunei, and Taiwan, among others, are gunning for control of the region’s islands, reefs, atolls, and waters, in hopes of tapping the sea’s rich commercial fisheries and oil and gas potential. These disputes have culminated in rising tensions, increasing militarization, and a veritable lockdown on scientific research in this ecosystem hot spot.

Three scholars, Ray Tsung-Han Tai, Nathaniel Pearre, and Shih-Ming Kao, from China, Canada, and Taiwan, respectively, think that the situation in the South China Sea mirrors that of the Arctic. They say that if the history of the Arctic is anything to go by, then it should be possible to smooth things over in the South China Sea—at least to a degree. They foresee a future where South China Sea border states cooperate on issues surrounding marine environmental protection and scientific research, even if sovereignty disputes and military concerns remain unresolved. 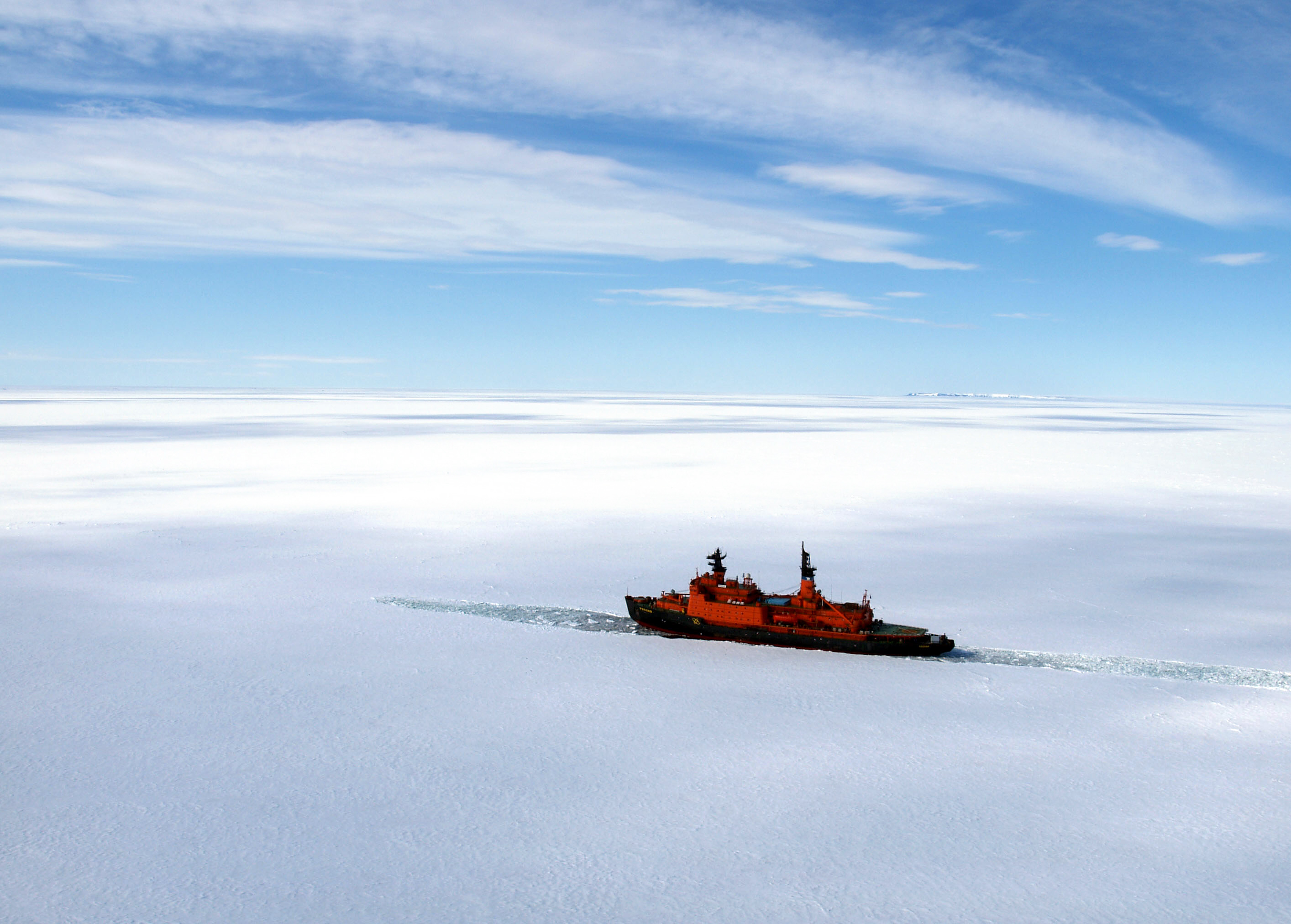 The political situation in the Arctic is relatively stable, though it is not without its points of tension. In 2007, the Russian Federation cut a path to the High Arctic where they planted a flag on the sea floor on the disputed Lomonosov Ridge as a territorial display. Photo by Fedoseyev Lev/ITAR-TASS/Corbis

As both the Arctic and South China Sea are open seas surrounded by terrestrial states, they say, the Arctic regime is a good model for South China Sea governance. As in the Arctic, they argue that only border states should get a say in voting and decision-making, though other states could be added as observers.

The researchers are not the first to suggest that South China Sea border states look to the poles for inspiration. Marine biologist John McManus and colleagues first proposed it in the 1990s—though they focused on the Antarctic rather than the Arctic.

In the 1950s, amid the Cold War, 12 countries from New Zealand to Norway had staked territorial claims to parts of the Antarctic. At the same time, the United States and the Soviet Union were not recognizing others’ claims, and were reserving the right to assert their own. Some claimant and non-claimant nations, like Germany, were exploring and conducting scientific research in the Antarctic.

In 1959, the 12 nations active in the region signed the Antarctic Treaty into effect, putting the territorial disputes on ice. The legally binding treaty froze claims as they were, and stipulated that Antarctica be used for peaceful purposes only.

McManus suggests that the key to ensuring peace in the South China Sea is to freeze territorial claims and activities in support of those claims, as was done in Antarctica.

Tai, Pearre, and Kao agree claims ought to be frozen, and military activities—currently escalating in the hotly disputed Spratly Islands—disavowed.

However, they think that the less rigid political model in the Arctic is a better fit. 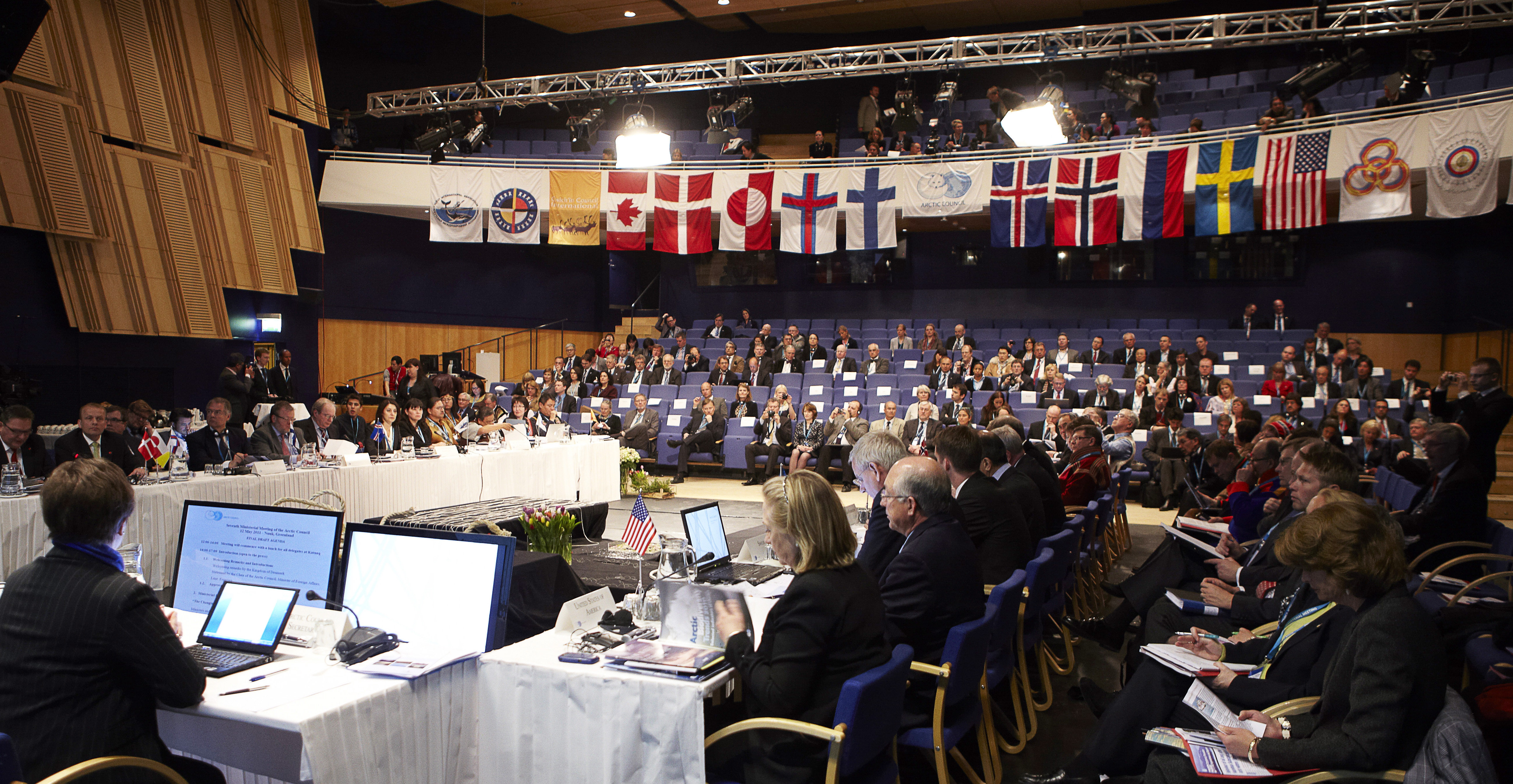 In 2011, representatives from the eight-member Arctic Council met to discuss their shared role in carrying out search and rescue missions in the Arctic. Photo by Ulrik Bang/epa/Corbis

“Advantages and disadvantages exist in both forms,” they write. The “soft-law” format of the Arctic “offers a more flexible and expedient way to address urgent issues,” whereas the Antarctic “hard-law” regime is a stronger commitment, but reaching agreement among parties is difficult and slow. Whichever model is used, they say, “more cooperative activities among bordering States should be encouraged, particularly when no cooperative mechanisms have yet been established.”

Back in 2013, Ian Storey, a senior fellow at Singapore’s Institute of Southeast Asian Studies, wrote that China and Southeast Asian countries have plenty to learn from Arctic management. But first, he says, China must be willing to bring its territorial claims in line with existing international conventions, particularly those laid out in the United Nations’ Convention on the Law of the Sea (UNCLOS). 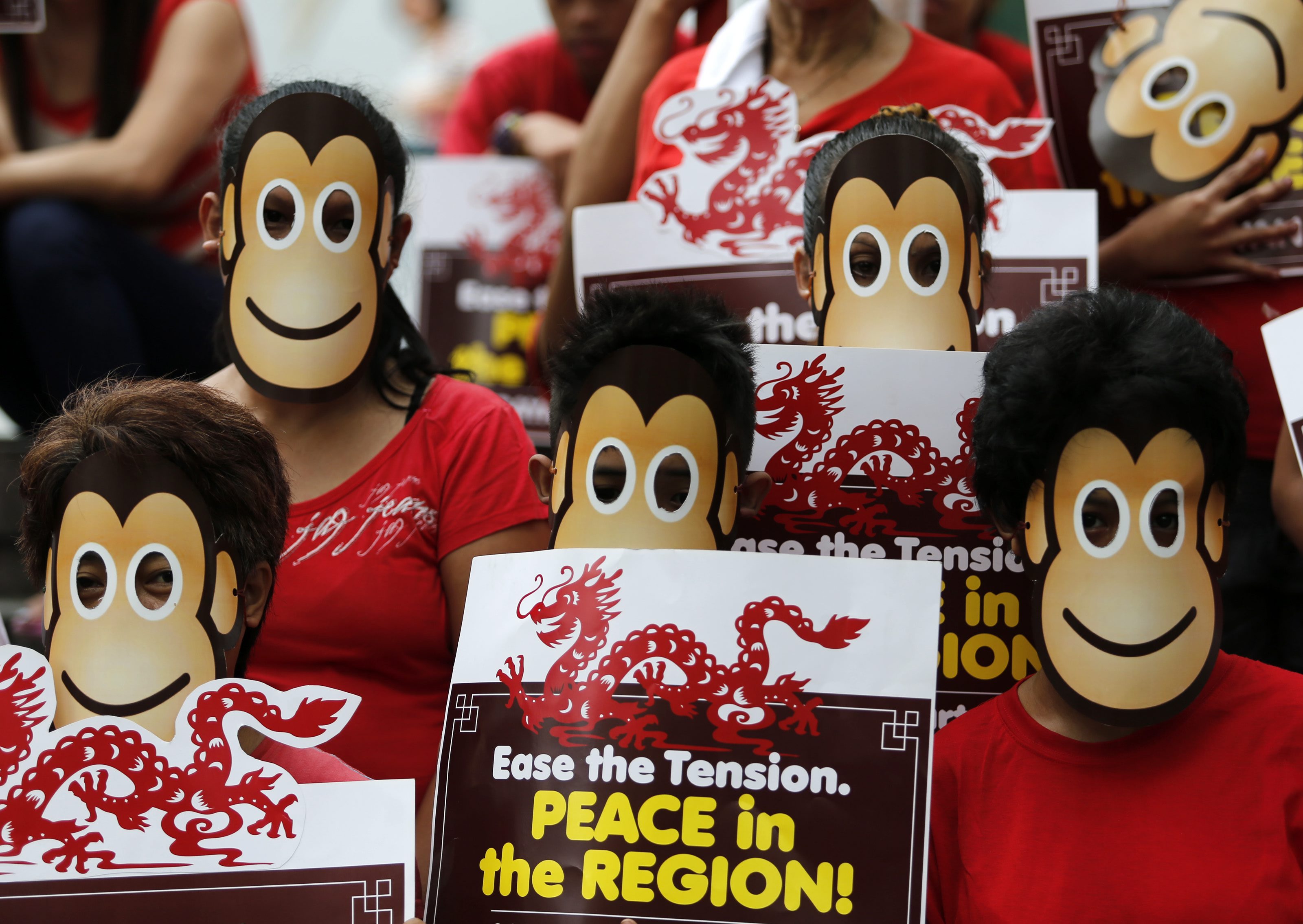 It’s not clear if China would cooperate. Right now, an international United Nations’ tribunal is weighing a case brought by the Philippines against China to determine whether a number of disputed patches of land in the South China Sea are truly islands, or merely rocks. It’s a decision that would have a big effect on the ongoing territorial disputes, because under UNCLOS a country’s maritime territory extends out from its land—including islands. But so far China has declined to participate in the proceedings.

Lawrence Susskind, a mediation expert at the Massachusetts Institute of Technology, however, thinks that to truly resolve the dispute requires going even further back in the process.

“I don’t think starting with the Arctic and Antarctic declarations and conventions makes sense,” he says. “We need to be thinking about a variety of informal meetings that could be staged to bring the relevant China Sea countries and stakeholders together.” Those stakeholders, from governments to industry leaders to scientists, should be asked what’s important to them, and made to work together to iron out problems in informal, confidential meetings, he suggests.

Rather than echoing the Arctic or Antarctic, Susskind says, nations fighting for control of the South China Sea need to set their own course for a thawing of relations.