As harbor seal populations recover along Canada’s west coast, it could send ripples throughout the ecosystem. Photo by John E Marriott/All Canada Photos/Corbis

In the past, if marine scientists wanted to understand the diet of a predator, they caught it, sliced it open, and looked inside. Today, sophisticated tracking technology is allowing researchers unprecedented opportunities to study what the ocean’s hunters are eating—right down to the individual fish consumed.

For the first time, researchers working in the Strait of Georgia, which passes between Vancouver Island and Canada’s mainland, are employing monitoring devices to track not only predatory harbor seals, but also the juvenile coho salmon on which they feed. “I wanted to know if there was a feasible way to measure predation directly, without having to personally observe every predation event,” says Austen Thomas, a PhD student at the University of British Columbia Fisheries Centre. “It’s a simple question that is actually very difficult to answer.”

By tracking both links of the food chain at the same time, the research should give a better understanding of predation levels, and help guide management of both species.

Harbor seals are ubiquitous on the British Columbia coast. With their big dewy eyes and glistening heads they are found in bays and inlets throughout BC’s more than 27,000 kilometers of shoreline.

It wasn’t always so. From 1879 to 1914 and 1962 to 1968, harbor seal populations were depleted due to commercial harvests for their pelts, according to the federal fisheries department. Bounties for predator control from 1914 to 1964 further suppressed populations.

Legislation in Canada and the United States in the early 1970s made it illegal to kill marine mammals without a permit, and, over time the species steadily recovered. Andrew Trites, director of UBC’s marine mammal research unit, says the number of seals in the Strait of Georgia has increased from as few as 2,000 to 40,000 today—the densest population in the world—raising questions about their impact on juvenile coho and chinook salmon.

The Vancouver-based Pacific Salmon Foundation has provided UBC with almost CAN $500,000 to find answers as part of a five-year project. The goal is to better understand predation, but also disease, food availability, and environmental conditions. Field work on the seal study began on two fronts in April and early May. 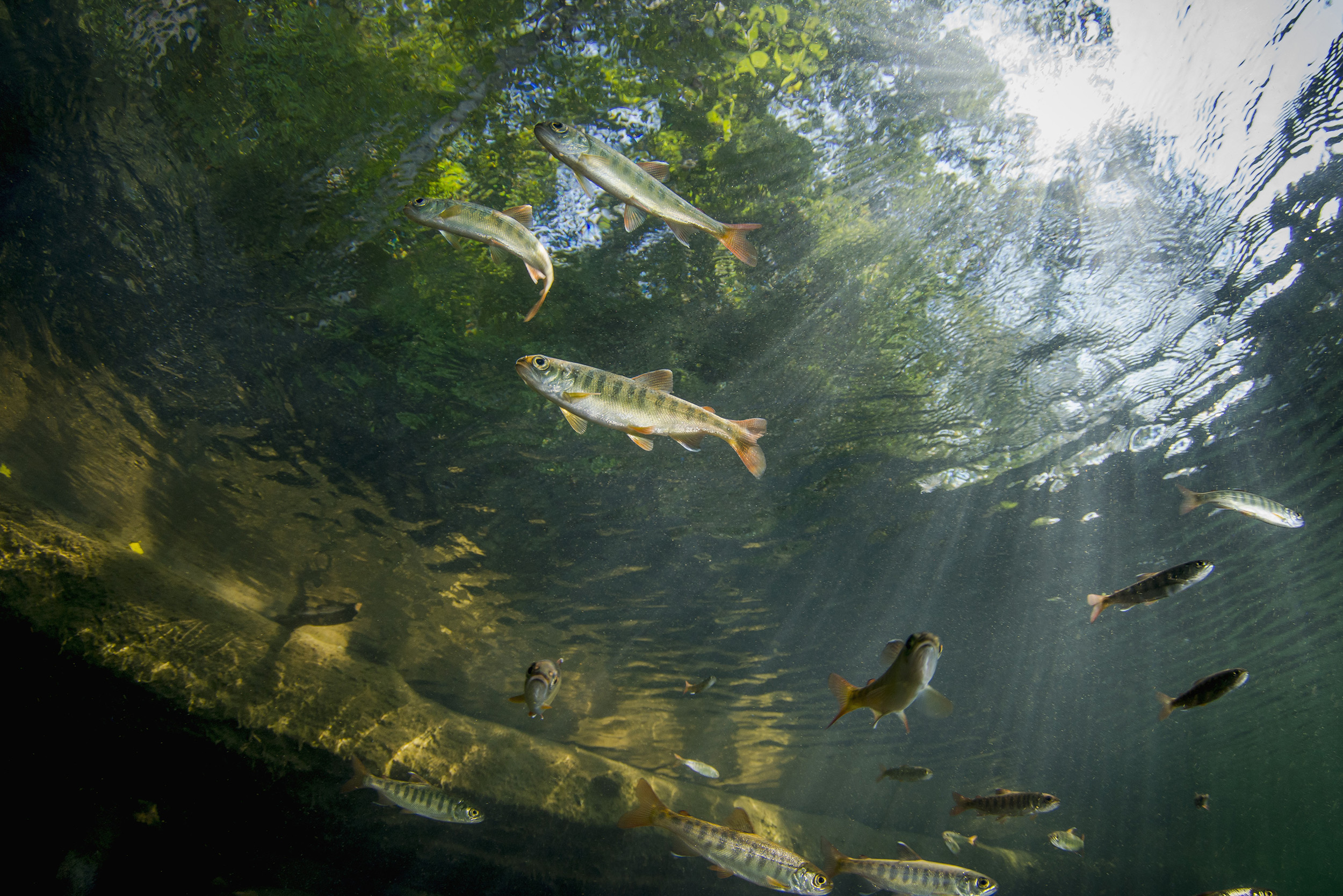 At the Big Qualicum Hatchery, scientists used hypodermic needles to inject 12- and 23-millimeter passive integrated transponder (PIT) tags—glass beads containing electronic microchips—into the body cavities of 40,000 juvenile coho salmon prior to their journey to the ocean. “They’re like barcodes or your social insurance number—every one is unique,” says Trites.

At the same time, researchers using nets and boats captured 20 seals, half of them at the mouth of the Big Qualicum River and the other half at nearby Denman and Hornby islands.

“We had no injuries, at least for the seals,” says Thomas. “Humans had lots of bangs and scrapes. This is not low-impact science.”

The team glued radio-frequency identification “beanies” to the seals’ heads—trackers designed to turn on when the seals lunge forward to capture a fish. Researchers also affixed packs onto the seals’ backs to measure location, depth, and acceleration in three dimensions. Then they set the seals free and waited.

If the seals swallow one of the tagged salmon, the unique identifying number is transmitted through a satellite network to researchers’ computers, giving a play-by-play of who is eating whom. The tags are safe to eat, and ultimately pass through the seals’ guts with no ill effects.

Since their introduction in the mid-1980s, PIT tags have been getting under the skin of a wide range of marine life—from fish to crustaceans, penguins to sea otters—measuring behavior such as growth, movement, and survival. They’re part of the revolutionary field of biologging that is pushing the boundaries of marine science by providing novel data from the depths of the oceans.

Before the seals’ beanies and packs fall off during the annual molt, around September, they create drag in the water and require the seals to burn more energy. Thomas isn’t worried. Research on a captive seal showed that within two days it had adjusted its hunting behavior to account for the electronics. “Seals are robust, adaptable animals,” he says. “They deal with periods of low food abundance. I have no doubt they are able to deal with the additional effort.”

Preliminary results show “reasonably large numbers” of tagged salmon being consumed. If the trend continues, there could be calls for a seal cull. “It could be used for that purpose,” Trites concedes. “It may also point out there are ways to mitigate the problem if you understand how it’s happening. But we can’t make any decisions without information.”