In September, oceanographer Matt Widlansky received a worrisome photo. It was a landscape of Pago Bay, Guam, snapped by a colleague from an overlook high above the sea. A photo from that vantage should have been a vision of a South Pacific paradise—tropical blue waters and a coral seascape bustling with colorful fish. But it wasn’t.

The tide in Pago Bay had retreated so far that the top of the entire coral reef flat was left out to dry. “You can see the tops of coral heads sticking out,” Widlansky says, describing the image. Those corals face death by exposure to air, light, and the heat of the beating sun—a death that would be, at least in part, El Niño’s fault. 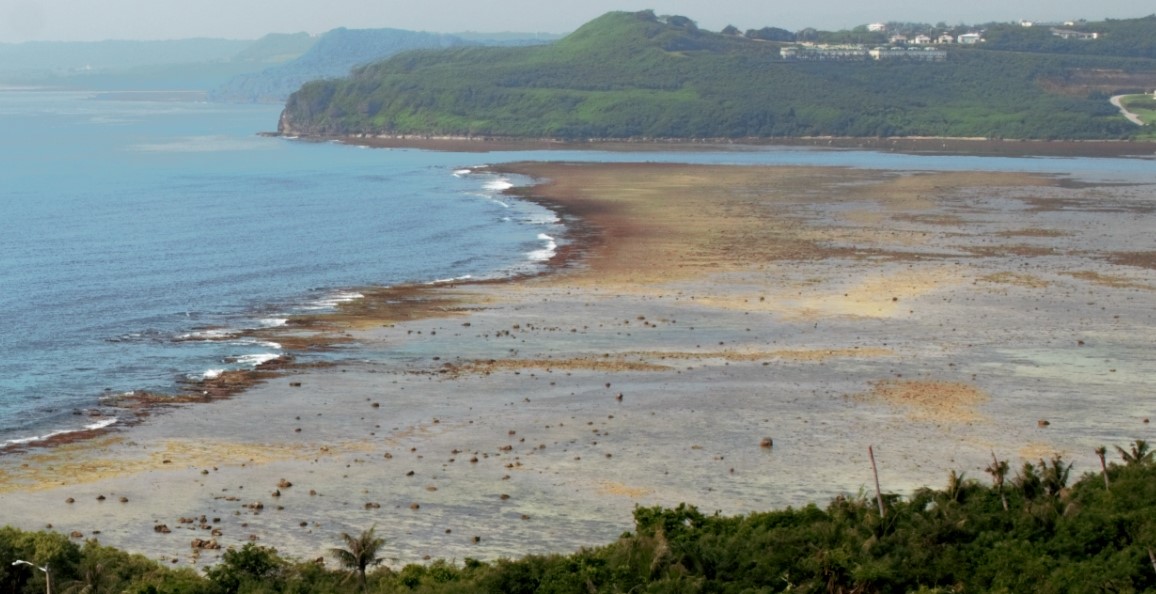 The ongoing El Niño, set to be one of the strongest on record, is reversing the direction of the surface wind over the mid-latitude Pacific Ocean. Normally, the wind blows east to west. But during an El Niño, the water in the eastern Pacific gets unusually warm. The warm water heats the air above, causing it to rise, which in turn creates an area of low atmospheric pressure at the surface. Air from the western Pacific moves to fill the void, causing the wind near the surface to blow west to east. And where the wind blows, so goes the water.

Widlansky imagines the ocean like a seesaw, with the changing direction of the wind “causing the ocean to slosh back and forth.” And during the present El Niño, the water is sloshing away from the western Pacific, making low tides even lower, and stranding the coral above the dropping water level.

On American Samoa, another island in the western Pacific, Doug Fenner has been studying how coral die from exposure. Even from the window of his ramshackle 1994 Ford Escort, Fenner can tell the health of the staghorn coral that populate the island’s reefs. Dark brown or purple coral are still healthy. White branches are just skeletal remains. During the coming weeks, he says, the white skeletons will be covered in black-green algae.

But Fenner is not as worried as Widlansky about the current coral strandings. He says that coral are exposed all the time during low tides, even during non-El Niño years. In fact, he says, this is why most coastal reefs are flat. It’s “like mowing your lawn,” Fenner explains. Since only the uppermost corals die from exposure, “the high spots get trimmed, and the low spots continue to grow, producing a flat surface.” In that sense, exposure sets a natural limit on coral growth.

But even if Widlansky needn’t be too worried about the present, his current research gives him good cause to be concerned for the future. Using state-of-the-art sea level models, Widlansky predicts that future El Niños, bolstered by climate change, will be more severe. Stronger El Niños mean stronger winds, lower tides, and more coral exposed to the elements.

If Widlansky’s predictions come true, Fenner’s protective streak may come out. Fenner says that 85 percent of the world’s coral is found near shore. And when his coral is at stake, he jokes, in his best Joe Dolce accent: “You toucha ma reef, I breaka you face!”