In 1101 BCE, a group of Phoenician settlers stood atop a promontory on Tunisia’s north shore, looking out to the site that would become one of their first African colonies. Down below, the Mejerda River flowed into the Mediterranean Sea, carving a fertile valley fit for farming wheat and raising cattle. But for this culture of sea traders and sailors, it was likely the nearby natural harbor that made this the perfect place to set down roots. And so, the city of Utica was founded.

Utica was one of the earliest colonies in the Western Mediterranean, and the harbor kept the city connected—economically and culturally—to the rest of the ancient world. But the river, the one that provided water for the fields and carried boats full of grain to far off markets, also provided a constant flow of silt into the harbor. Over time, Utica’s harbor became shallower and more difficult to navigate and in the fifth century CE, the once prosperous port city was cut off from the sea.

Today, so much silt and sediment has built up at the mouth of the Mejerda that the remains of ancient Utica now sit ten kilometers inland. And the location of the city’s harbor, now filled in with earth, has remained a mystery—until now.

While conducting a geological survey of the land that was once the Tunisian shoreline, a group of researchers discovered what they think is the exact location of Utica’s ancient harbor. The researchers analyzed a series of sediment cores taken from across the area. Looking at how the sediment in the cores changed over time allowed the researchers to recreate the geological history of the shoreline and to see how the Mejerda River silt was changing the depth of the harbor as well as the location of the coastline. 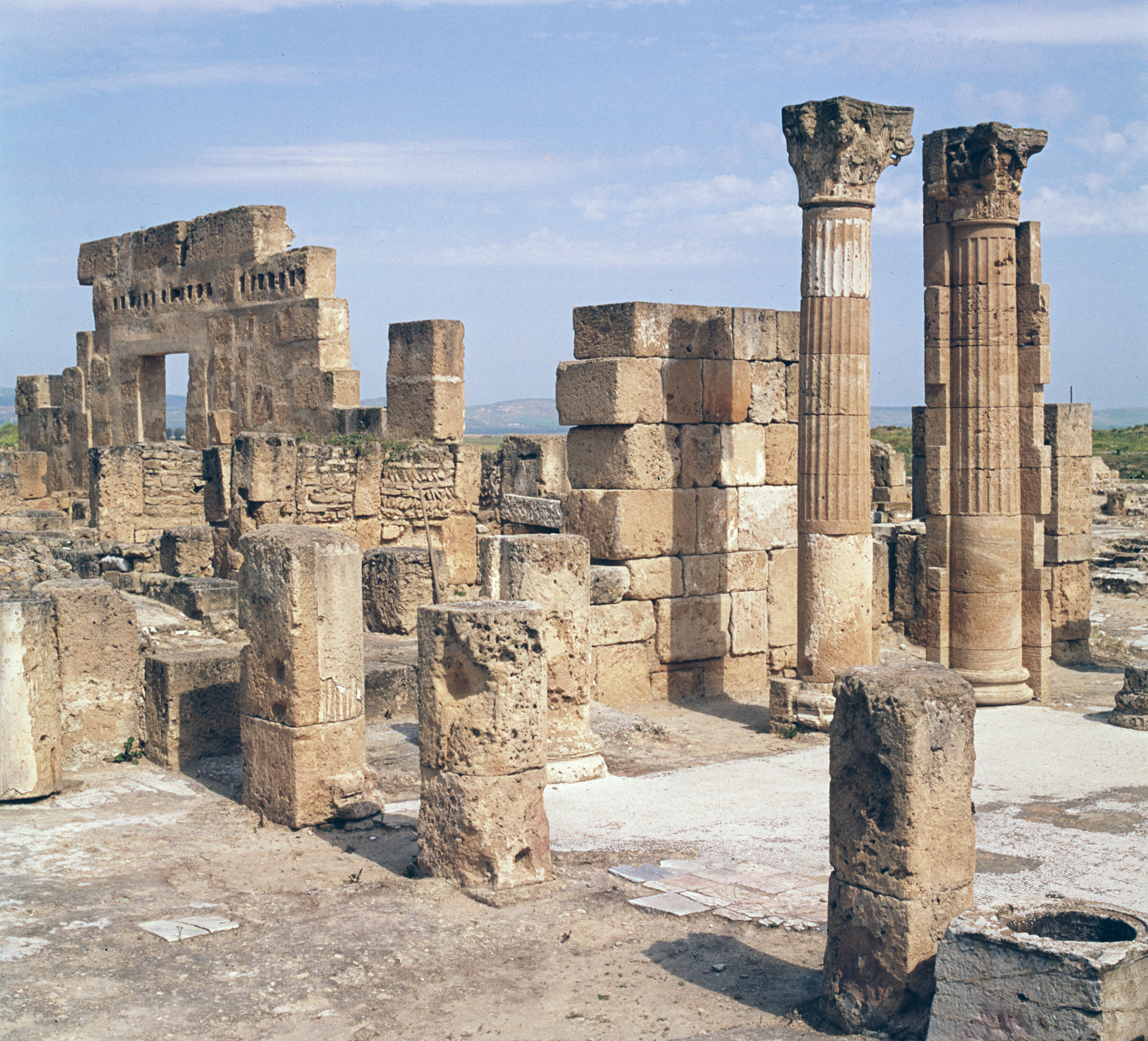 Columns and stone blocks stand in the ruins of ancient Utica. Photo by Roger Wood/Corbis

In the ancient world, Utica was the second most important city in North Africa, trailing only Carthage. For the past 100 years, the city’s ruins have been of intense interest to archaeologists.

Throughout its long history, Utica sided with, at times, both the rising Roman Republic and the Carthaginians in a series of wars for supremacy over the Mediterranean. From 149 to 146 BCE, Utica sided with Rome in a war that ended with the Roman army razing Carthage. In the post-war period, Rome made Utica the capital of their new province of Africa.

Nearly 100 years later, Utica became embroiled in the Roman civil war. The city became a base for some of the legions opposed to Julius Caesar. In 46 BCE, the Utican opposition suffered a decisive defeat at the battle of Thapsus. One of Caesar’s opponents, the respected political leader and philosopher Cato the Younger, committed suicide in Utica rather than live under Caesar’s rule.

Despite the political turmoil, Utica continued to prosper for another 500 years or so, growing to a peak population of 15,000 to 30,000. Yet all through its history, the delta of the Mejerda River was expanding out to sea, filling the harbor with silt. As the new geological research shows, by the middle of the sixth century CE a peat bog had developed on the northern side of the promontory atop which the settlers had once stood—a murky, thick landscape that cut the city off from its harbor. Eventually, the harbor became impassable and the city’s fate was sealed.

“The harbor was a vital lifeline,” says Elizabeth Fentress, an archaeologist who worked on the project. “Its final silting up in the late-Roman period caused the abandonment of the town.”

The new geological research shows the location of the harbor—on the northwest side of the city—but doesn’t provide much other new information. But that should change now that archaeologists know where to look.

“Knowledge of the port system [will be] fundamental to determining the nature of the city during the Phoenician and Roman civilizations,” says geologist Hugo Delile. The team has finished their planned excavations, but they will continue to explore the harbor by taking more sediment cores in the hope that they will be able to find out more about the harbor that connected Utica to the world.