Fisheries managers are just now starting to take to heart advice made in the 1870s. Photo by WorldFoto/Alamy Stock Photo

New England fishermen doubted they could ever exhaust the ocean. For decades in the mid-19th century, they raked the seas to meet the soaring demand for fish, which were processed into oil and manure, and ferried ever farther inland on speedy trains.

The fishermen aimed to trap, net, and haul out “the largest supply in the shortest possible time,” wrote Spencer Fullerton Baird, the United States’ first commissioner of fish and fisheries, in a report to Congress in 1872.

Then, the fish populations started to crash.

“The supply, which formerly greatly exceeded the demand, now, to a certain extent at least in certain localities, has failed,” Baird wrote.

Some fishermen blamed the crash on the growing use of fixed traps and pound nets, and petitioned the Massachusetts and Rhode Island legislatures for a gear ban. The politicians debated. Massachusetts concluded the fishermen’s complaints were unfounded; Rhode Island disagreed. More scientific study was needed.

So Congress tasked Baird, the assistant secretary of the Smithsonian Institution and a renowned ornithologist, with studying the fish crisis. He founded a laboratory in Woods Hole, Massachusetts, and devised a list of 88 questions for each kind of fish to determine its geographic distribution, seasonal abundance, migration routes, predators, prey, and reproduction patterns.

Not only that, but Baird endeavored to study water temperatures and oceanic chemical composition, carbonic acid levels, and the natural history of the fish and plants and the way they all interacted.

“Without a thorough knowledge of the subject, it would be impossible to determine, with precision, the causes affecting the abundance of animal life in the sea and the methods of regulating it,” Baird wrote.

In his 1,000-page report on the future of American fisheries, Baird was suggesting—more than 100 years before the concept gained widespread attention—what we would now call an “ecosystem approach” to fisheries management.

Since Baird’s time, scientists have plumbed the ocean depths and collected reams of data to answer his questions and unspool the ocean’s tightly twined web of life. By the middle of the 20th century, fishery scientists were churning out papers illuminating the complicated interactions of ocean ecosystems, and suggesting methods for managing fisheries accordingly, says Mike Fogarty, senior scientist at the Northeast Fisheries Science Center in Woods Hole. 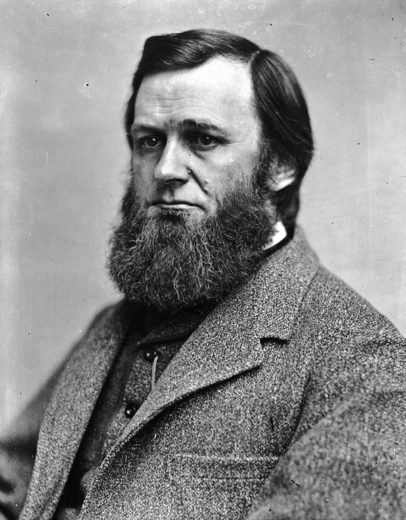 But management techniques have so far lagged behind, and even 150-odd years after Baird made his recommendations, in many countries, including the United States and Canada, most fish species are still managed as if they exist in isolation, and the method has spread internationally. Fishery managers believed single-species management was more doable, Fogarty says.

Aside from failing to reflect reality, an underlying strategy of managing one fish at a time often ignores the needs of other parts of the marine ecosystem—including animals and human coastal communities.

With single-species management the focus, research money was poured into generating the data needed to set catch limits: how many fish are in the ocean? How many fish can be taken without causing a crash? In technical terms, what is the maximum sustainable yield?

“Fisheries science chose to simplify the questions they were asking about ecosystems,” says University of Washington fisheries policy expert Dave Fluharty. And they did that by focusing on questions such as how many adult fish are needed to maintain a certain population of young fish.

That mode of research and management dominated fisheries science for decades, adds Fluharty, who chaired a panel that authored a 1998 fisheries management report.

Catch limits for single species have allowed many stocks to recover from overfishing. But a more holistic approach to fisheries management would refine fish population forecasts by accounting for water temperatures, food supply, and predator densities.

Fishery managers are moving toward implementing ecosystem-based fisheries management, but progress is slow.

On the US Pacific coast, managers have started to consider the needs of sea lions, birds, and other animals when setting catch limits for highly variable populations of sardines and other forage fish, says Jason Link, a senior scientist with the National Oceanic and Atmospheric Administration’s fisheries division. And in Alaskan waters, a total cap on catch levels for groundfish such as pollock, cod, and flatfish allows fishermen to target the most abundant individual species while conserving others.

An ecosystem-based approach also gives managers flexibility to prioritize alternative fishery goals such as sustaining wildlife and preserving cultural traditions, says Phil Levin, a marine ecologist at the University of Washington who coauthored a 2016 report on ecosystem-based management.

In British Columbia, for instance, First Nations cultural traditions are tied to harvesting herring roe from the kelp in certain coves. With herring populations recovering from a recent crash, managers might be inclined to raise catch limits for boat fleets. But that action could potentially disrupt the indigenous communities’ herring harvest, Levin says. A more holistic approach would account for that tradition. “The fact that there’s no fish in your cove—that matters.”

In 1872, Baird glimpsed the intricate interconnections in the ocean and foresaw the need to unravel them to make the best management decisions. Today, science is revealing that web in greater detail than ever before, and fishery managers are, finally, heeding Baird’s advice.