Some 440 million years ago, the Milwaukee, Wisconsin, suburb of Waukesha was unrecognizable. Where malls and breweries now stand was a shallow, tropical sea resembling a Bahamian cay. A hundred million years removed from the Cambrian explosion, when the diversity of life skyrocketed, this area teemed with alien creatures, like spiny worms and armored trilobites. But look closer, and this primeval ocean takes on a familiar feel: here, the first scorpions scuttled alongside the earliest leeches. There were even conodonts—eel-like creatures sporting a shadow of a spine, making them some of our earliest relatives.

Amateur paleontologists Jerry Gunderson and Ron Meyer discovered these fossils at a Waukesha quarry in 1984. After splitting open rocks from a thin layer known as the Brandon Bridge Formation, they uncovered ultra-rare fossilized soft tissue. Soft tissue, such as skin and organs, is often the first thing to decay after death. Knowing they had found something special, Gunderson and Meyer frantically shaved off slabs of the fossil-bearing rock, preventing them from being pulverized in the pursuit of limestone. They donated their find to the University of Wisconsin–Madison Geology Museum, where thousands of Waukesha specimens now fill drawer after drawer.

These fossils offer an unparalleled glimpse into the Silurian, a geological period during which Earth’s climate stabilized, plants conquered land, and fish developed jaws. “There’s a lot of really important events that are occurring in the Silurian, and we actually get to see some of these things with the Waukesha [fossils],” says paleontologist Andrew Wendruff of Ohio’s Otterbein University.

And what a glimpse those Waukesha fossils provide. Although most creatures found in the formation lack easily fossilized hard tissue, they appear on the rock in exquisite detail: several trilobites sport preserved guts, while some tiny crustaceans no bigger than Altoids possess 440-million-year-old hearts. “To be able to look at this specimen of a leech and actually see the segmented rings and the mouth structure preserved hundreds of millions of years ago is mind-blowing,” says Carrie Eaton, the Geology Museum’s curator.

For decades, this incredible preservation of soft tissue stumped scientists. “Often, there’s this cookie-cutter definition of rapid burial,” Wendruff says. “But what we have here is very different.” In a recent study, Wendruff attempted to answer this question by examining thousands of Waukesha fossils. It turned out the answer had been there all along, adorning the shale in deep folds like elephant skin.

Humble microbial mats—those slimy conglomerates of microorganisms still found on today’s coasts—left these marks as they preserved the Silurian fossils.

The mats were organized in stacked layers like an apartment complex, says Wendruff. As creatures stuck to their tacky surface, they would become entombed deeper within the mats as new layers formed above. Most shelled organisms like trilobites were crushed as they descended, their calcium carbonate shells dissolving in acidic lower layers, leaving ghostlike impressions on the stone. Surprisingly, soft-bodied organisms like worms appear to have become fossilized at a much higher rate, at once a fossilization anomaly and a truer depiction of the Silurian ecosystem.

Although we tend to associate prehistory with dinosaurs and mammoths, the vast majority of life on Earth has been soft-bodied. “We’ve been looking at a skewed view,” Wendruff says. In the Waukesha fossils, we can see that “the percentages of soft to hard tissues hasn’t really changed.” 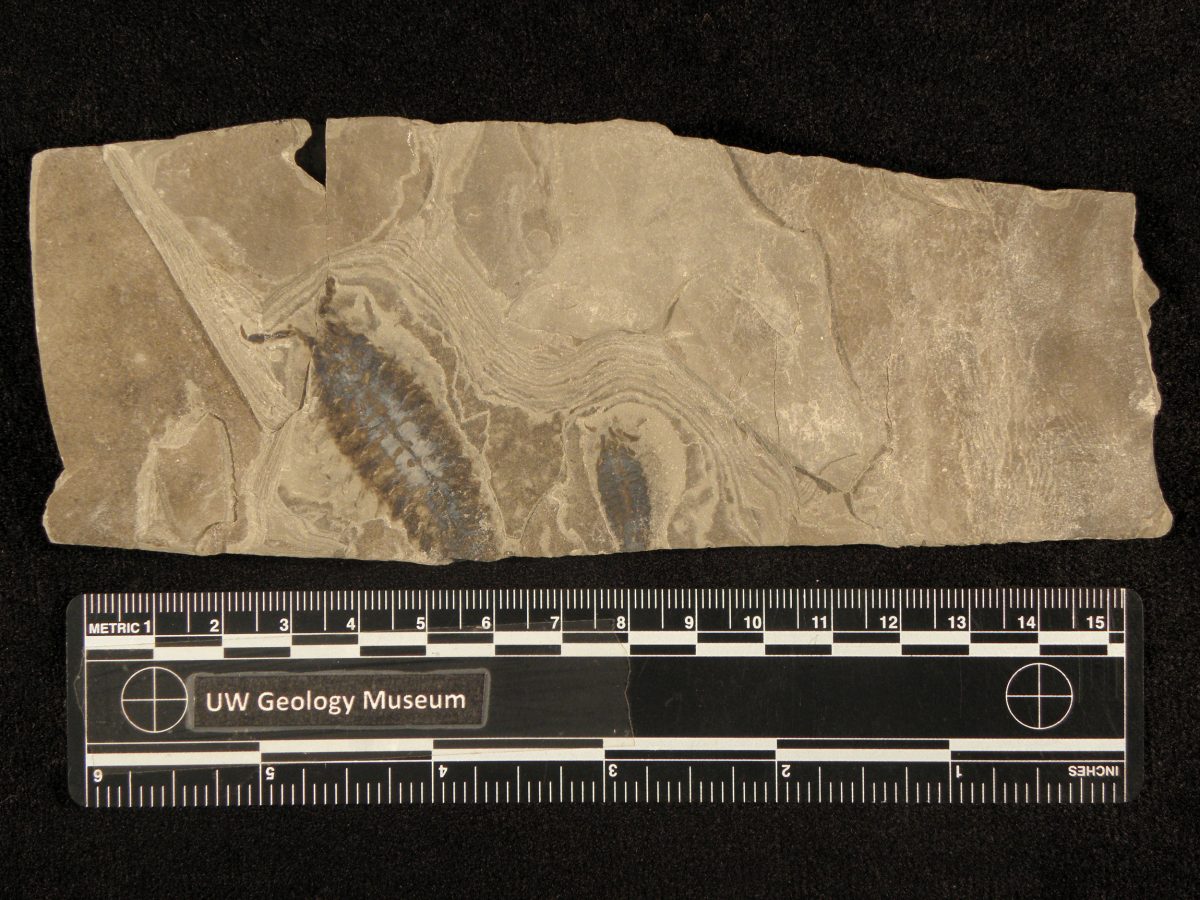 Although the mats preserved an incredible assortment of animals, it appears that very few of them dared to swim in this part of the sea. According to Wendruff, the grazing of creatures like snails usually make microbial mats scarce in coastal environments today. But at Waukesha, where microbial mats were widespread, these grazers, along with most other organisms, seem to have been absent. “It likely was high salinity that made [the area] inhospitable to life,” Wendruff explains. As a result, the creatures preserved here were likely already dead when they washed into this salty bay, giving the thriving microbial community plenty to entomb.

Maya Gomes, a geochemist at Johns Hopkins University in Maryland, agrees that the Waukesha environment was likely hypersaline. “That’s consistent with the microbial mats that I work on,” says Gomes, who recently examined the fossilization capability of mats on the Turks and Caicos Islands. Although modern mats can entomb organisms, they rarely get the chance due to other coastal residents. “There are birds and crabs that just walk across and eat that stuff” before the mats can bury it, Gomes explains.

There are still a few extreme environments capable of promoting microbial entombment. The best example is Western Australia’s Shark Bay, a World Heritage Site where mats of blue-green algae represent some of the oldest life on Earth. Today, these ancient mats, called stromatolites, continue to grow in domed spires out of bays twice as salty as the ocean. “If fish or mollusks are washed into that water, they can absolutely be preserved the same way,” says Wendruff. But he stresses that you would need quite a bit of luck to preserve anything approaching Waukesha’s rich catalog of species.

Back in Wisconsin, that catalog is only becoming richer. In 2020, Wendruff described the oldest scorpion known to science, Parioscorpio venator, from fossils that sat in drawers at the University of Wisconsin–Madison for more than three decades. Eaton, the collection’s curator, believes there is much more to be discovered thanks to the work of primordial microbial mats. “There’s just a huge variety of things that are preserved,” she says. “You can open a drawer and discover a new species.”