The biofluorescent swellshark glows in the dark, among other tricks. Photo by David Gruber

Glow-in-the-dark sharks that can inflate their bodies like inner tubes have another hidden talent: asexual reproduction.

In a new study, researchers describe how a female swellshark, one that had been isolated from males for at least three years at National Aquarium facilities in Baltimore, laid eggs that hatched into five baby sharks.

By testing 12 genetic markers in the mother and the pups, Henningsen and his colleagues confirmed that the pups, born in the fall of 2014, were produced asexually. They had to rule out whether the eggs had been fertilized by old sperm stored in specialized tubes in the oviducal gland, a method some shark species use to house sperm long-term.

“Both of these are probably adaptations to the fact that the ocean is a big place, and if you’re a girl shark you’re not always necessarily going to find a boy shark,” says Jennifer Schmidt, a molecular biologist at the Shark Research Institute in Princeton, New Jersey. So female sharks have evolved different ways to continue to reproduce if they don’t meet a male in a certain period of time.

Only a few other species of sharks have been documented giving asexual birth, says Schmidt, including white-spotted bamboo, bonnethead, blacktip, and zebra sharks. Last year, researchers discovered that sawfish, a type of ray, can also reproduce asexually.

Asexual reproduction is just the latest intriguing ability discovered in this fascinating species.

Earlier this year, City University of New York biologist David Gruber and his colleagues discovered that swellsharks are biofluorescent. They can glow bright green, which helps them stand out in the deep ocean where they sometimes live.

Swellsharks spend much of their time hiding in crevices, and the biofluorescence, caused by a special protein in the sharks’ skin, may help them find each other, says Gruber, who often finds five or six huddled together when he’s diving under the water for research. 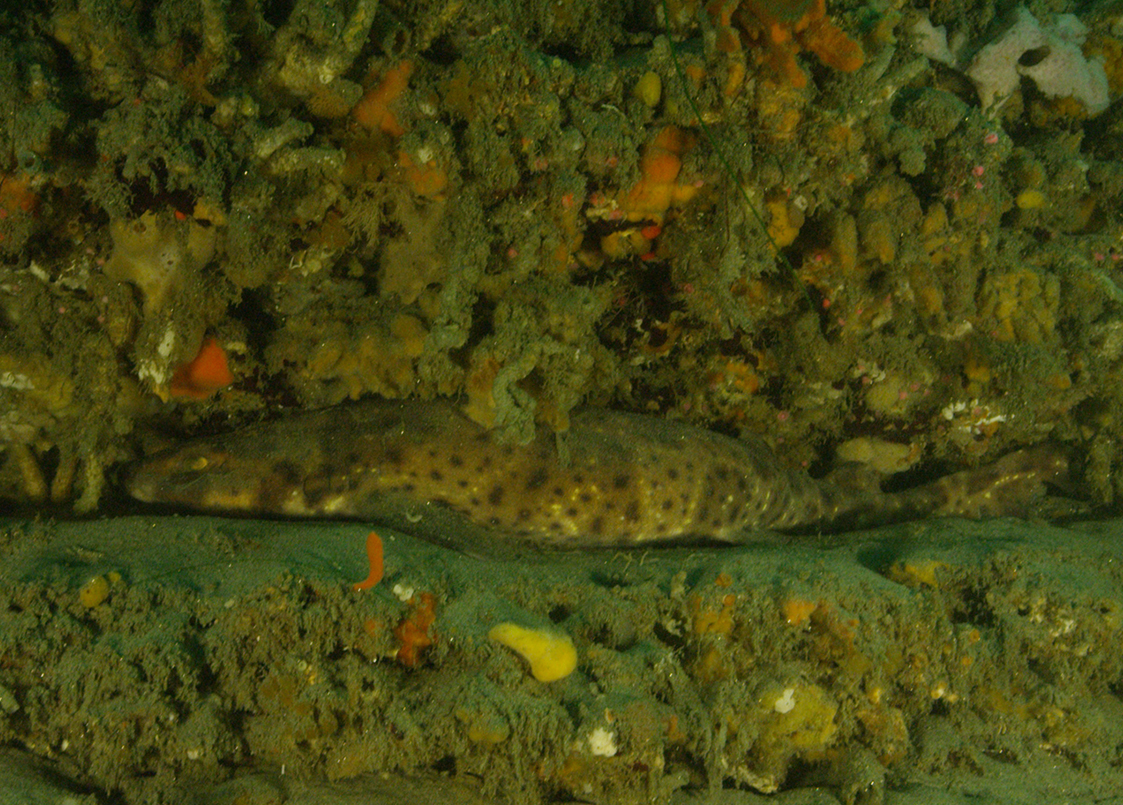 In full light the swellshark blends into its environment, hiding in a crevice in Scripps Canyon, California. Photo by David Gruber

These thick-hided sharks also have a surprising strategy to defend themselves against unwanted outsiders, such as humans or the larger sharks that likely prey on them. “When they’re threatened, they turn around and they bite their tail and they blow up like an inner tube inside a crevice, making it very hard for a predator to gain access to them,” says Gruber.

Swellsharks likely need this defensive capability to make up for the fact that they aren’t good swimmers. “These are not the Michael Phelps of sharks,” Gruber says, adding that they hang around on the bottom a lot and almost look imbalanced when they swim.

Despite these baby sharks’ unusual start, they’ve gone on to live healthy lives—for the most part. One of the pups died young, but the other four are alive and well. The surviving pups have been transferred to the Moody Gardens aquarium in Galveston, Texas, while the do-it-yourself mother was sent to the recently opened Wonders of Wildlife aquarium in Springfield, Missouri.