Inuit polar bear hunters spend their time on the sea ice and know much about the changing conditions in the frigid environment. Photo by National Geographic Creative/Alamy Stock Photo

The polar bear hunter sits at his kitchen table in Tasiilaq, East Greenland. Jagged white peaks tower behind the small wooden house as he describes the bad storms he’s seen more and more often over a decade traversing the region by dogsled. “They only had piteraq in the old days, but now they also have naqqajaq,” he says.

He and his fellow Inuit subsistence hunters are used to piteraq: cold winds roaring down the glaciers. But naqqajaq—warmer, wetter storms blowing in from the northeast—are new, and both are on the rise—a sign of the climatic changes that are making it increasingly hard for them to hunt.

“The weather is not getting cold anymore and the ice is not coming,” says another hunter. Around this 3,000-person village overlooking the Denmark Strait, the sea ice is receding, glaciers are shrinking, and climbing temperatures are leading ice-dwelling bears ever more frequently into town, he says. The thinning ice is so unsafe, says a third, that he no longer uses a dogsled and now hunts by boat. 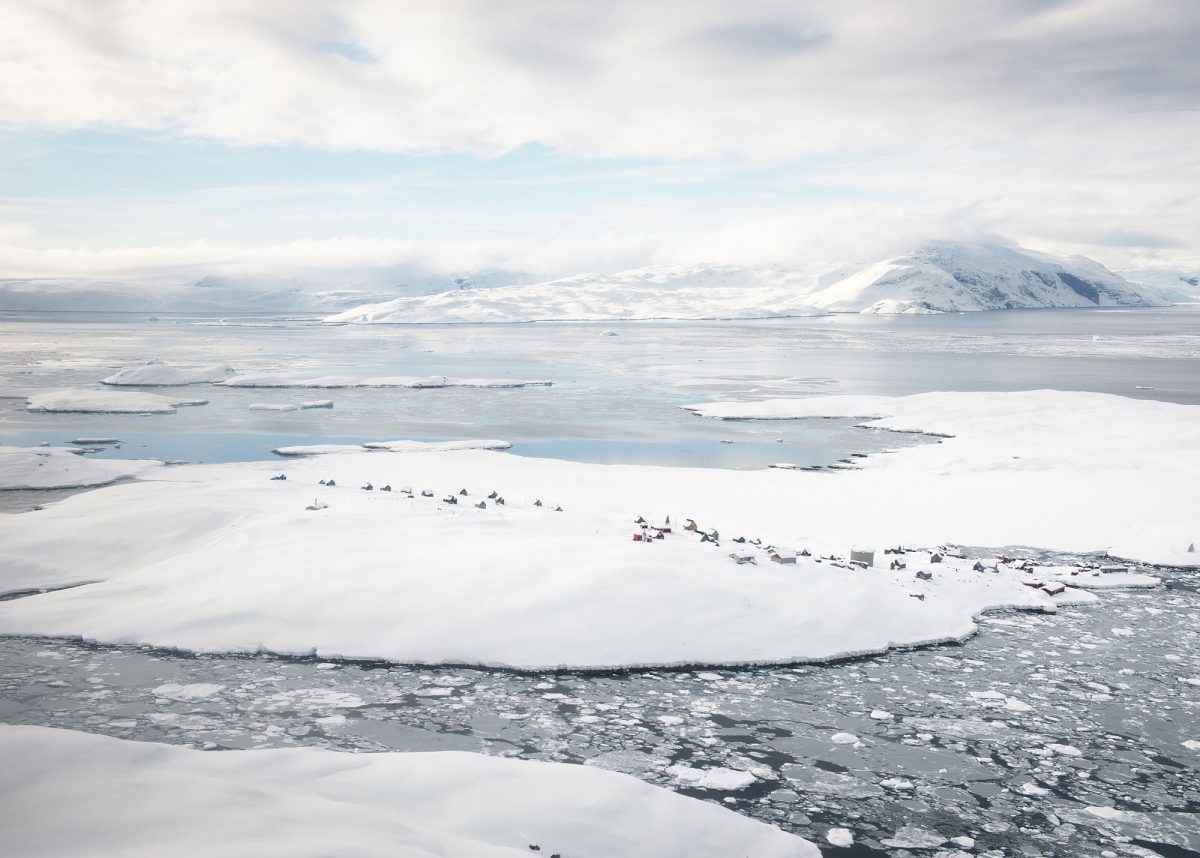 Seeking details on how climate change is affecting both the animals and the Indigenous communities that depend on them for food, income, and cultural identity, the Greenland Institute of Natural Resources teamed up with University of Washington marine biologist Kristin Laidre and other scientists to listen to what locals have observed.

“There’s so much we can learn from people who live on the ground with polar bears, who are out there in the landscape, who are naturalists in their own right,” says Laidre, who has studied Greenland’s polar bears for 20 years and is part of a Pew marine conservation project documenting the effects of climate change on subsistence hunters there. “You can really get insights into the system, you can hear about observations that you would never have been able to make.”

The team developed questions aimed at sparking conversations with the hunters about the bears’ habitat, behavior, and health. Interviewers fluent in the local Greenlandic dialect visited hunters in Tasiilaq as well as in Ittoqqortoormiit, a smaller coastal community to the north. Inside their snug, brightly-colored houses, hunters drew maps of where they’ve seen bears in the past few years and shared how locations have changed from where they were 10 to 15 years ago. They discussed how climate change is disrupting their traditional hunting routes and methods.

Most of the hunters have observed sea ice freezing later, melting earlier, and sometimes not forming at all—driving polar bears looking for food onto land and into communities. The giant carnivores visited Ittoqqortoormiit at least 21 times last year. A decade prior, only eight bears were recorded entering towns across all of Greenland. Hunters who’ve examined the stomach contents of their quarry report bears are scavenging a variety of unusual things throughout their changing environment, including dog food, bird eggs, chicks, plants, and even seaweed. 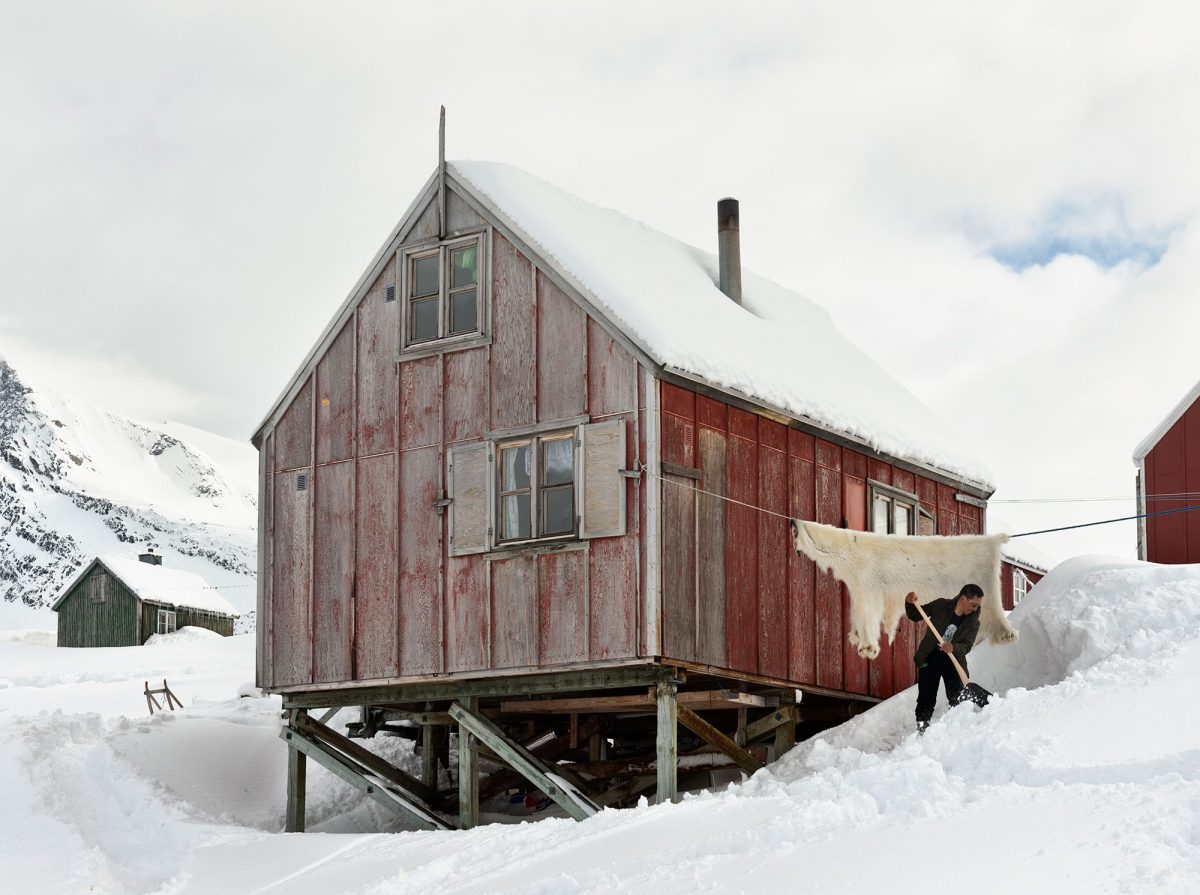 Bears’ increasing forays into towns was one of the major prompts to conduct the study, says Laidre.

The results of the survey have since been passed to Greenland’s Ministry of Fisheries, Hunting and Agriculture, which will use them to help guide resource management decisions, such as revising hunting quotas. The data has already led the ministry to develop new guidelines for handling problem bears, says division head Amalie Jessen. New bear-repelling equipment will be tested in Ittoqqortoormiit.

The study is an example of the growing importance of traditional ecological knowledge in environmental research, says Henry Huntington, Arctic science director for the nonprofit Ocean Conservancy, who has been interviewing Indigenous people in Alaska since the mid-1990s.

Indigenous peoples hold tremendous amounts of knowledge about their environment, Huntington says, “much of which is often directly applicable to the questions of adaptation or management.” The challenge, however, is that “very few of the holders of traditional knowledge are involved in the next management step.”

Despite the profound environmental changes they’ve seen, hunters in East Greenland don’t think the polar bears there are declining, although some say they have been seeing more skinny bears these days.

As for the hunters themselves, the outlook is bleaker. Fewer than 100 Inuit polar bear hunters remain in the entire country. Says a man from Tasiilaq: “There is no future to be a hunter because of the environmental changes.”