Salt-tolerant mangroves are an important component of Mumbai’s flood protection plan. But keeping the trees in place means fighting off the rush of development. Photo by R. Ian Lloyd/Masterfile/Corbis

Barely a month into his new job as the head of the Mangrove Cell, Narayan Vasudevan was bitten by a water snake. He spent the next three days in a hospital. It was a little more than most of us would be willing to endure on the job. But Vasudevan, a high-ranking bureaucrat—a notoriously cosseted class in India—has an uncharacteristic ability to endure discomfort.

The Mangrove Cell, based in Mumbai, is India’s first and only government task force working to protect and conserve mangroves—tropical and subtropical shrubs with rubbery leaves and aerial roots that snake out from the salty, turbid intertidal regions where they thrive.

Since 2013, the task force has been charged with conserving the mangrove forests that fringe the state of Maharashtra, and protecting the rich biodiversity they contain. Mumbai’s mangrove forests are home to a mixed lot: predator-evading young snappers, oysters, and turtles, but also law-evading debris dumpers, land sharks, and slumlords. And Vasudevan has to worry about all of them.

“It’s a very difficult job,” Vasudevan says, when we meet at the task force’s headquarters—little more than a squat in a disused building belonging to the state’s Slum Rehabilitation Authority. “We suffer from manpower shortages, and we are resource-strapped. We have to patrol 300 square kilometers of mangroves across the state—and we only have two cars.”

Mumbai is one of the largest cities in the world—a sprawling metropolis home to 28 million people. But in the late 17th century, the city, then called Bombay, was spread across a seven-island archipelago. Over a period of about 150 years, the land between the islands was filled in and the marshlands and mangrove forests destroyed. Mangrove destruction is an integral part of Mumbai’s history. But if the city wants to survive the next three centuries, it’s a tradition that desperately needs to be thrown out.

This realization hit Mumbai hard in July 2005, when unprecedented rains killed 1,493 people and flooded nearly a quarter of the city area. The worst hit areas were rickety new seaside developments that had been built on the sites of recently cleared mangrove forests. 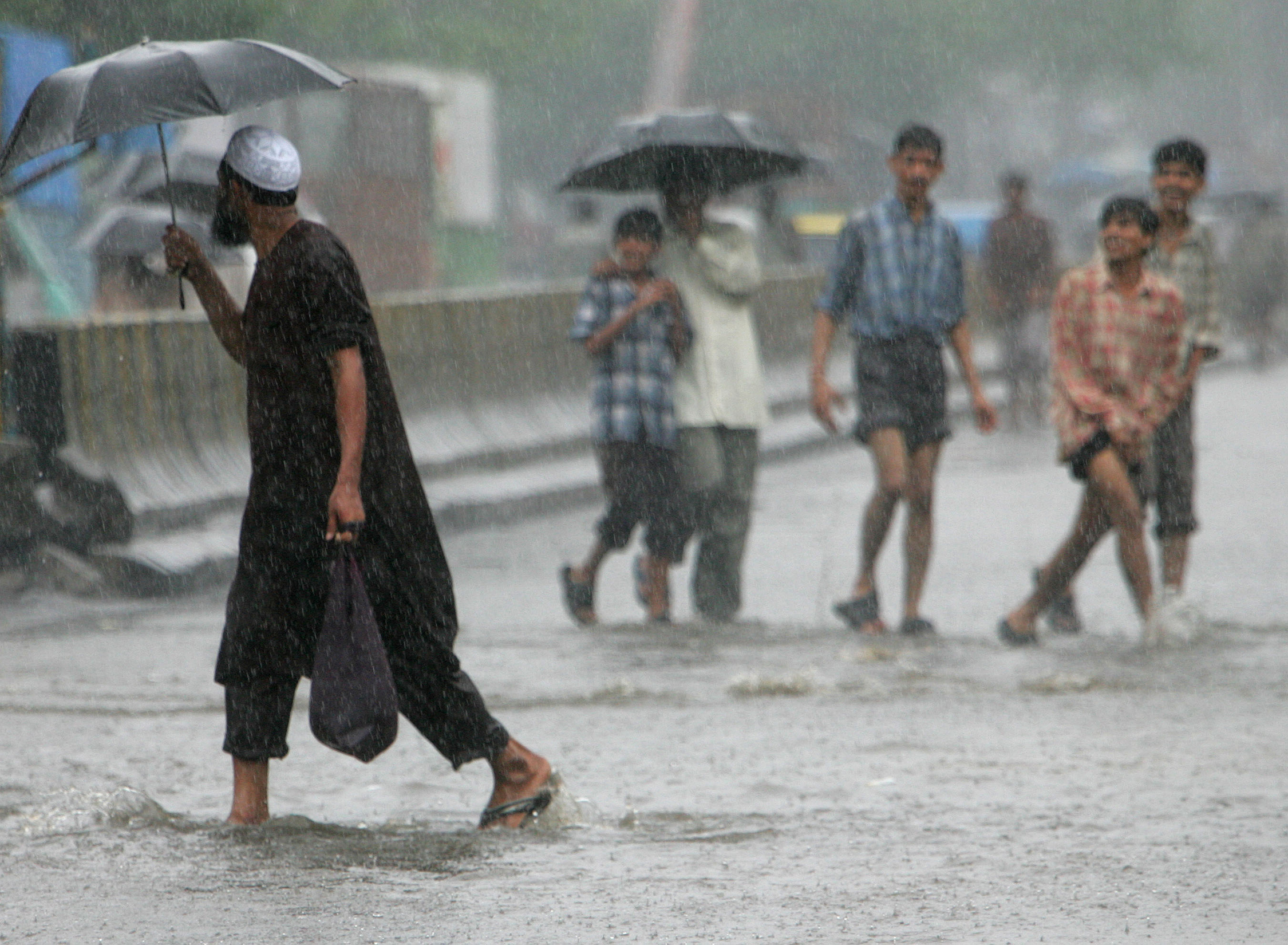 People make their way through the flooded streets of Mumbai during the July 2005 flood. Photo by Shawn Baldwin/Corbis

The disaster prompted the Bombay High Court to extend an existing forest protection law to mangroves in 2005, and, in 2012, the state government to establish the Mangrove Cell.

Yet the threats facing Mumbai stem from more than the degradation of historical development: ongoing tectonic activity means that India’s western coast is sinking, while sea level rise is causing waves to lap ever higher.

Vasudevan, who has a degree in marine biology, thinks that mangroves are one way that Mumbai can stave off a watery oblivion.

Back in 2013, when he first took over the task force, Vasudevan’s first move was to mark off the mangrove forests with signboards and boundary walls. The team assessed the existing wildlife, and planted 500 mangrove seedlings in parts of the forest that were patchy or degraded.

Vasudevan commissioned satellite maps of the coastline, and got them updated every year—meticulously tracking the results. And what these maps mostly charted, in painfully accurate detail, was the rampant mangrove destruction that was still plaguing the city. 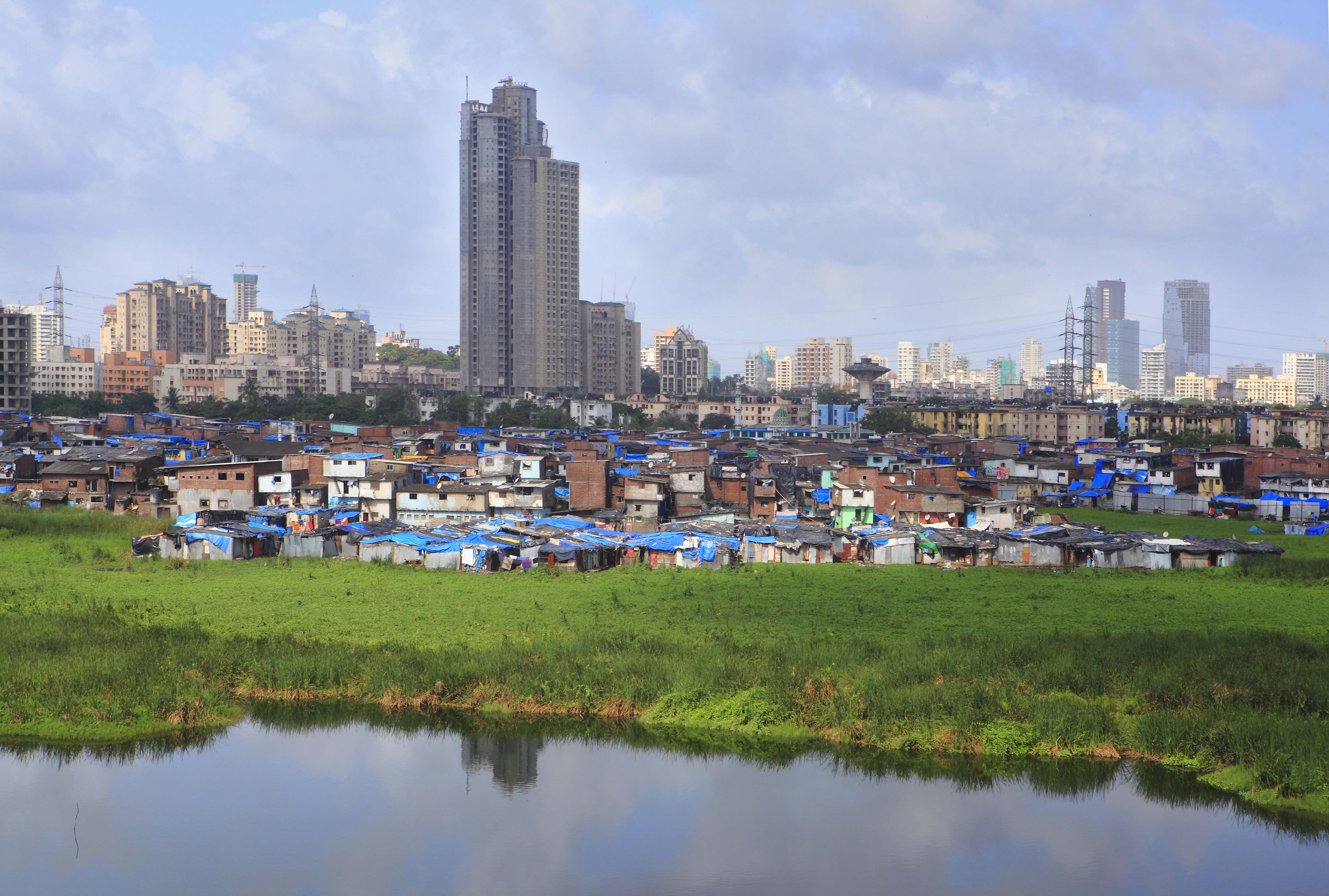 An unauthorized informal settlement is constructed in what was previously mangrove marshland. Photo by Subhash Sharma/ZUMA Press/Corbis

From one year to the next, Vasudevan and his team watched as temples, parking lots, roads, and garbage dumps sprouted up where mangroves used to be. In 2014, they brought these violations to the attention of the Bombay High Court, but the destruction continues unabated. “It’s the tragedy of the commons,” he says with a sigh. “Buildings are constantly being torn down and redeveloped. The construction debris has to be dumped somewhere, and mangroves are the preferred choice because they seem to belong to nobody.” He is especially frustrated that the government’s protection does not, for the moment, extend to half the city’s mangroves, which are located on private land.

“Their hands are tied,” concedes Reji Abraham, an environmental activist and mangrove enthusiast. “Forget the private lands, even when there is such a strong legal protection for mangroves, violations still happen because land is at a premium and the land mafia pays off the local police and civic officials.”

Abraham has a sheaf of angry letters chronicling ongoing violations addressed to the chief minister and the head of city police. A typical one, which he shares with me, contains printouts of satellite maps with impassioned descriptions of the destruction: “carnage by repeat violators including rabid mafia as concerned authorities turn a blind eye to the land grab,” for example. 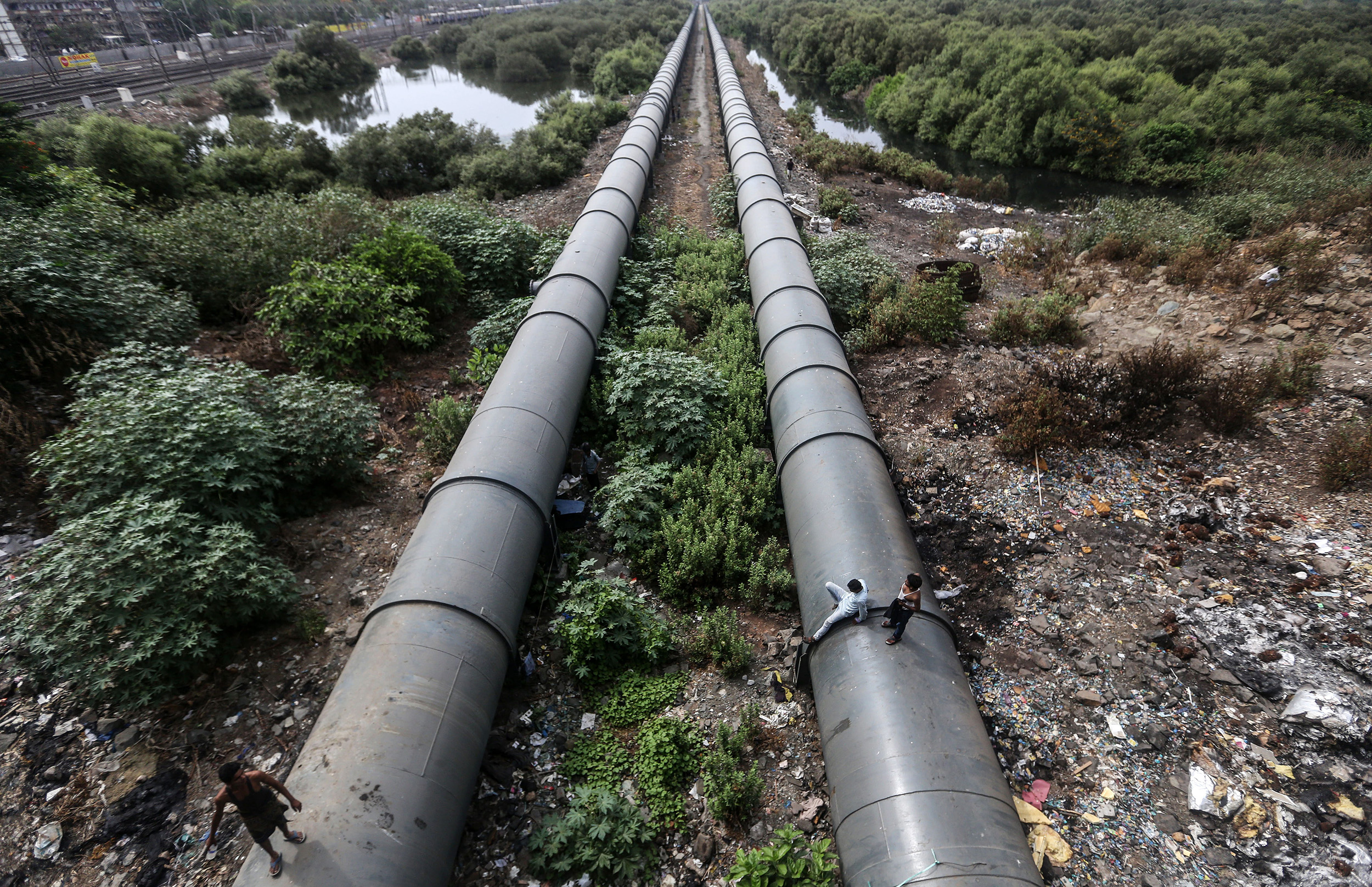 People stand atop water pipelines that cut through the mangroves in Mumbai. Nearby, the signs of people using the marsh as a waste dump. Photo by Divyakant Solanki/epa/Corbis

Stalin Dayanand, an activist at Vanashakti, an environmental nonprofit that focuses on wetland protection, thinks the “concerned authorities” are the biggest repeat violators. The most prolific offender, he says, is the City and Industrial Development Corporation of Maharashtra (CIDCO). “They’re sadly unstoppable,” he says. “They continually destroy mangroves based on permissions they got in 1985.”

The city planning body’s latest violation, he says, is a brand new airport that it’s planning to construct in the middle of a wetland. “They initially said they needed to clear 168 acres [68 hectares] of mangroves,” says Dayanand. “But now that’s gone up to 500 acres [202 hectares], because they have to make the place unattractive for birds to avoid bird hits.”

G.K. Anarse, who heads CIDCO’s environment department, insists that the destruction will be less. “The project is coming up on 1,160 hectares, of which 108.6 is covered with mangroves,” he says. “The other area you’re talking about is a barren land-type of thing that’s wrongly notified as forest. In lieu of the mangroves we’ll be removing, we plan to protect and enrich 615 hectares elsewhere, of which 235 hectares will be a park.”

Meanwhile, the Mumbai Metropolitan Region Development Authority is planning an expressway through a section of mudflats and mangrove forests that’s one of the city’s most spectacular flamingo habitats.

Land mafias and illegal developers, who Vasudevan calls his “invisible enemies,” are obvious targets for scrutiny. But when asked about mangrove destruction caused by other departments within the strongly pro-development central and state governments, Vasudevan is more cautious: “Development and conservation have to go hand in hand,” he says. “Some amount of mangroves will have to be sacrificed for these projects. We’ll plant our saplings elsewhere, as a compensatory measure.”

Such losses, which are frequent, make him especially proud of his few hard-won victories, such as the Marine Biodiversity Centre that opens later this year. “We managed to [establish] a new sanctuary in the middle of Mumbai,” he says. “It’s next to impossible.”