As the US National Park Service (NPS) celebrated its 100th birthday on August 25, a particularly meaningful ceremony occurred in southeastern Alaska. On the shores of Bartlett Cove in Glacier Bay National Park and Preserve, Huna Tlingit elders and clan members—many dressed in traditional hats and robes—joined park officials and others to celebrate the opening of a new Tlingit tribal house inside the park.

“I’m glad you are all here to witness a historic moment: reclaiming the Huna Tlingit’s land,” says Frank Wright Jr., president of the Hoonah Indian Association, standing in front of the cedar-planked structure, large enough to hold 400 people.

For centuries, Tlingit people lived, hunted, fished, and gathered at Bartlett Cove, abandoning and rebuilding settlements as glaciers advanced and retreated during and after the Little Ice Age. But a different historic episode froze the tribe out of the area in 1925 when the NPS designated Glacier Bay a national monument and banned Tlingits from their ancestral homeland.

Now, the Huna Tlingit and NPS are ushering in the tribe’s return to Glacier Bay, with the new tribal house and a renewal of traditional harvesting of glaucous-winged gull eggs in the park.

The progress at Glacier Bay is one sign of how the NPS is rebuilding its relationships with tribes. In its centennial year, the agency clarified a rule to enable native plant gathering in national parks, and has officially recognized the importance of tribal knowledge and practices tied to the natural world—called traditional ecological knowledge (TEK)—in guiding park management. 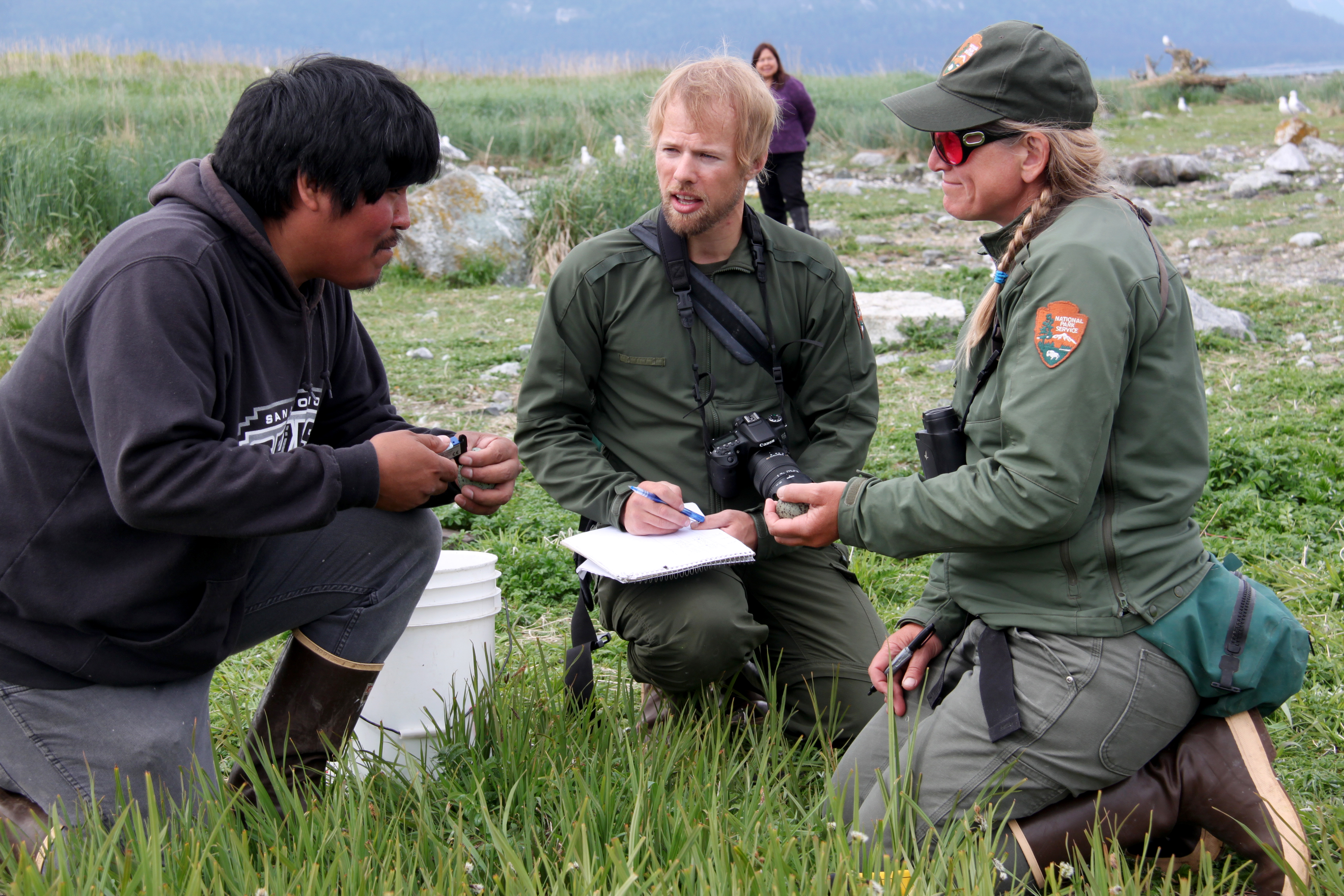 Prohibitions against harvesting and other traditions in national parks stem from the 1916 Organic Act, which established the NPS “to conserve the scenery and the natural and historic objects and the wild life therein.” For decades, that meant forbidding practices that removed any plants, roots, or rocks from natural landscapes that managers believed needed to be protected against human activities.

Tribes, however, hold a different view: present-day parks along the coasts were territories that they managed for food and resources, and where cultural traditions were kept alive. In California, for instance, the Yurok, Hoopa Valley, and Karuk tribes set fires to maintain a mix of habitats that supported plants and wildlife essential for food, clothing, and ceremonial purposes. But the creation of Redwood National Park cut these tribes off from traditional gathering areas and religious sites.

Cutcha Risling Baldy, an American Indian Studies professor at San Diego State University and Hoopa Valley Tribe member, grew up collecting acorns, ferns for basket weaving, and other plants with her aunts and uncles who recalled being harassed for gathering on public lands. “My auntie told me once that they used to go gather on Sundays because they knew all the people would be in church,” says Risling Baldy. Her research now explores how gathering represents a form of tribal sovereignty over parks and public lands, making the case for tribal involvement with management.

But until recently, there was no national park policy for traditional plant gathering. Individual parks and tribes sometimes struck informal agreements to allow gathering, often just for berries or nuts, but the NPS provided little guidance. The fallout was that tribes lost access to sacred and traditional sites.

“Traditional gathering in parks is important because parks are on aboriginal, tribal lands,” says Kim Greenwood, of the NPS’s Intermountain Region Cultural Resources Program. Resuming those practices allows tribes to reconnect with resources they cannot find on their reservations.

In response, the NPS finalized its new gathering rule this August following years of consultation with tribes. Under the new rule, tribes can enter into formal agreements with individual parks to gather roots and plants in areas where they historically gathered. The rule ensures that proposed activities will go through a formal assessment and have minimal environmental impact.

Meanwhile, this June, Park Service Director Jonathan Jarvis released Director’s Order #100, an interim stewardship policy that calls for the agency to integrate traditional ecological knowledge with scientific research to guide parks management as the NPS confronts climate change and other challenges. The policy recognizes that tribes’ traditions and practices often hold key information about natural processes and changes. For instance, at Glacier Bay, Tlingit stories of historical halibut fishing are helping to direct the park service’s research on fish populations.

But if there’s a lesson from southeastern Alaska, it’s that change takes time. Tlingit elders began discussions with park staff in the mid-1990s. Those talks ultimately led to the newly built tribal house, a park-funded education program that brings elders and schoolchildren to explore the park’s human and natural history, and a law enabling gull-egg collection.

Tlingit clans used to collect gull eggs in groups to celebrate the start of spring—a tradition elders hoped to resume, but which required federal authorization. After managers determined that limited harvesting wouldn’t affect the birds since they lay a second clutch of eggs if the first one is lost, President Obama signed a 2014 law permitting the practice. The law could be a model for other parks and tribes hoping to resume traditions beyond plant gathering.

Darlene See, of the Hoonah Indian Association, says eggs collected during a research trial were distributed among elders and families. She even used some to make cupcakes for schoolchildren.

Out on Bartlett Cove, the new tribal house will serve as a cultural center and educational space. Both park officials and natives see the progress as an example for other tribes and parks to emulate facilitated by the new policies.

“The elders wanted to show our people have been here,” says See. “This is our heart’s cry.”