John D. Rockefeller famously said that he tried to turn every disaster into an opportunity. Recently, scientists in British Columbia did just that. In 2013, an epidemic of sea star wasting disease (SSWD) all but wiped out populations along the west coast of North America. The disease devastated the marine ecosystem. Yet a clever group of marine biologists managed to find the silver lining.

The natural disaster provided scientists with a situation they couldn’t ethically create—the deliberate mass eradication of a species—which offered a hugely valuable, if dire, natural experiment. The research has yielded new insights into the complex ecological interactions driving a crucial coastal ecosystem.

Sea star wasting disease hit hard and fast. The disease arrived on the central coast of British Columbia in 2015 and rapidly killed 96 percent of the sunflower sea stars in the region. The disease exacted a similar toll on a range of other sea star species along the northeast Pacific coast. Jenn Burt, a doctoral candidate at Simon Fraser University and a Hakai Institute scholar,* was shocked by the carnage she witnessed.

“When we showed up in the summer of 2015 to do our annual surveys, there were melted sea stars everywhere,” says Burt. “You would be literally swimming on a transect line and you’d come across single sea star arms.”

Sea star wasting disease all but wiped out the sunflower sea stars off the central coast of British Columbia. Video by Grant Callegari

For the two years before SSWD hit the central coast, Burt and her colleagues monitored how coastal ecosystems changed as sea otters—once extirpated from the region—expanded back into their former range. It’s long been established that sea otters exert a powerful transformative effect on their environment, and Burt witnessed firsthand how sea otters caused kelp forests to flourish by preying on bottom-dwelling, kelp-consuming sea urchins.

“In the space of one year, you watch an ecosystem flip; it’s like a forest fire but in reverse,” says Burt, describing the habitat changes once sea otters return.

Sea otters, however, are not the only animals that prey on sea urchins. Sea stars do, too. Yet little is known about how sea stars affect sea urchin populations and thus the health of kelp forests.

The mass eradication of sea stars by SSWD gave Burt and her colleagues an effective, if gruesome, way to suss out the subtle interactions at play.

“We had two years of healthy sea star populations, and then two years later, they were decimated,” says Burt. By comparing sites before and after the disease swept through, Burt and her colleagues showed that without sea stars, kelp forests undergo a noticeable shift.

Sea otters selectively hunt the largest sea urchins. Sea stars, however, go after the small and medium ones. In the absence of sea stars, Burt saw a proliferation of smaller urchins. These urchins, now unrestrained by predation, ate away at the kelp. As a result, the kelp forests suffered. With the SSWD epidemic, the annual survival rate of small and medium sea urchins increased by 166 percent. The density of affected kelp forests, meanwhile, declined by 30 percent. 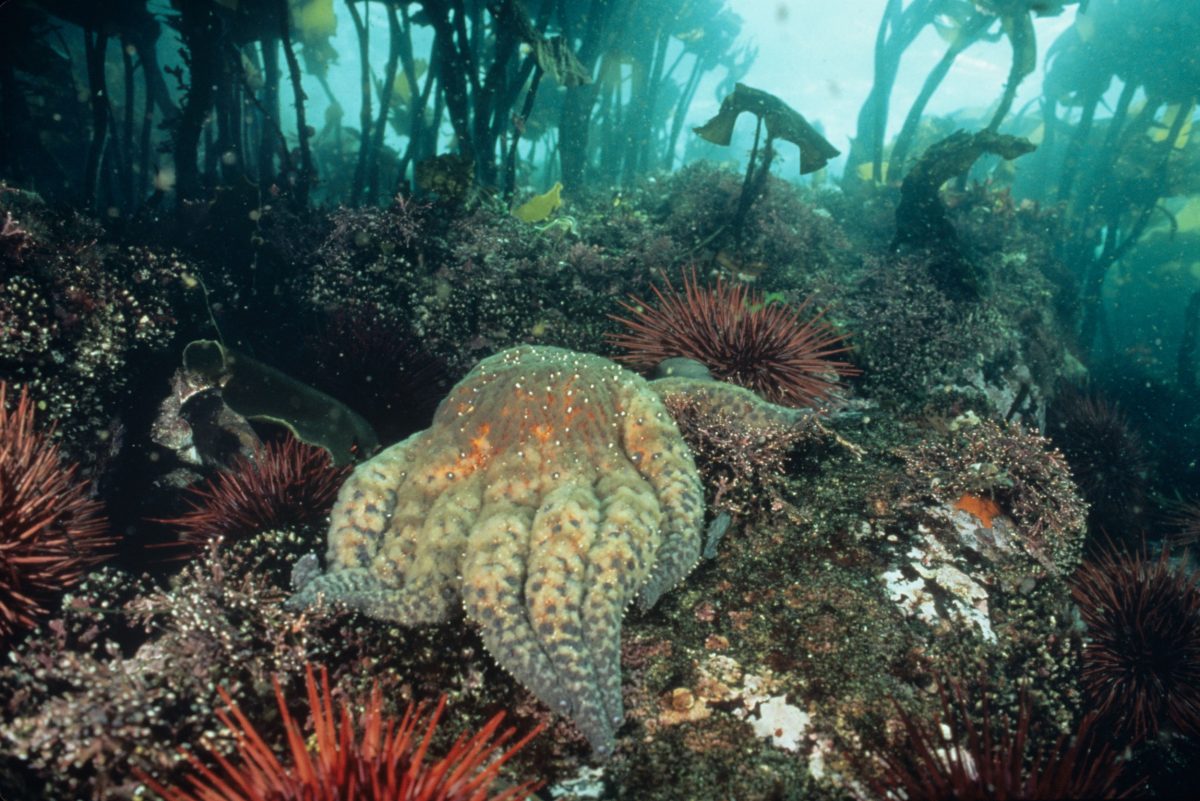 In comparison to traditional ecological research, this natural experiment, which was only possible because of the deaths of the vast majority of the region’s sea stars, was the scientific equivalent of using a sledgehammer to crack a nut. But the disaster offered the scientists an opportunity for remarkable clarity in understanding the otherwise complex interactions between four different organisms. Other experts are taking note.

“There aren’t too many stories like this,” says Bruce Menge, a marine ecologist at Oregon State University. From a scientific perspective, says Menge, “it was a uniquely great situation that enabled them to get some really good insights.”

The study also illustrates the importance of baseline ecosystem monitoring. Had Burt and her colleagues not already been studying the area, it would have been impossible to find the opportunity in this disaster.