The arrival of Piscine orthoreovirus from Norway in British Columbia aligns with the ramping up of aquaculture operations in the province. Photo by Andrey Armyagov/Alamy Stock Photo

Farmed salmon, like any farmed animals that live in close quarters, are highly vulnerable to infectious diseases. On Atlantic salmon farms in the Pacific Ocean, one virus—Piscine orthoreovirus (PRV)—is so common that one can expect that by the end of a farm’s 18-month production cycle, practically every fish will be infected.

PRV also plagues wild Pacific salmon. But whether salmon farms are the source of the infections, or whether the virus just exists in the wild in British Columbia, has been a matter of debate. “There has been a lot of discussion about where PRV comes from,” says Gideon Mordecai, who studies salmon viruses at the University of British Columbia. “There is this narrative that it is native to British Columbia and not a big deal, but I didn’t think that was right.”

So Mordecai and his colleagues compared the genetic sequences of every available sample of the most common strain of the virus in the Pacific, PRV-1, from around the world. Based on the differences between the sequences, and the usual rate at which viruses mutate, they reconstructed the virus’s evolutionary history. They calculated not only when PRV-1 first arrived in the northeast Pacific, but where it came from. What they found confirmed Mordecai’s suspicions that PRV is not native to the Pacific Ocean.

Since then, the virus has spread into the southeast Pacific, to salmon farms in Chile. The genetic evidence shows that here, too, the virus was likely introduced, though on two separate occasions: first from Europe around 2005, and again from British Columbia or Washington State around 2006.

The discovery differs markedly from the official position of Fisheries and Oceans Canada (DFO), says Mordecai. “They say it is a native Pacific strain, but that is not accurate. It’s the same strain as in Norway.”

The work makes it clear that salmon farms are infecting wild Pacific salmon with PRV-1.

Screening wild chinook salmon for the virus, Mordecai found a close association between their proximity to fish farms and the likelihood of infection. The closer the chinook were to the farms when they were sampled, the more likely they were to be infected with PRV-1. The genetic evidence also shows that the versions of the virus found on farms and in the wild are virtually identical.

Jeffrey Hutchings, a fisheries scientist at Dalhousie University in Nova Scotia, says the work provides compelling evidence that pathogens can be transferred from open-net pens to wild fish. “This is the most convincing and scientifically objective evidence to date that wild salmon are at risk of infection from aquaculture,” he says. The discovery shows that the current thinking within the aquaculture industry and the government about how much of a threat PRV-1 poses to wild salmon needs to be revisited to better reflect the science.

In a statement, DFO says that the new research, which involved some of its own scientists, will feed into its future management of aquaculture and wild salmon populations. “[This work] provides valuable information on the origin, evolution and potential transmission dynamics of PRV-1a. The department will be considering these findings alongside additional studies on PRV in British Columbia’s coastal waters. As new information becomes available, the department remains open to reviewing and incorporating the information as part of its adaptive management process.”

It is not clear how the introduction of the virus into wild Pacific salmon populations is affecting their survival and abundance. In farmed Atlantic salmon, PRV causes heart and skeletal muscle inflammation, a disease that is not acutely fatal but which does hinder the fish’s ability to swim and feed. In farmed chinook salmon, the virus causes different symptoms—jaundice and anemia, which likely slow the fish down and leave them more vulnerable to predators.

However, because of that low incidence of direct mortality, DFO does not consider PRV-1 a major threat for either farmed or wild salmon, at least in one area. In 2019, the department’s science advisers concluded that “PRV attributable to Atlantic salmon farms in the Discovery Islands area poses minimal risk to Fraser River sockeye salmon abundance and diversity under the current farm practices.” Hutchings hopes that this, too, will be revisited as scientists learn more about the virus. “Are we interested in preventing disease, or the semantics of whether mortality events meet the right definitions?” he asks.

DFO has, however, taken some steps to mitigate the risk aquaculture operations pose to wild Pacific salmon. In December 2020, the Canadian federal government announced that all fish farms in British Columbia’s Discovery Islands must be removed by June 2022 to help protect wild sockeye salmon, enacting a requirement outlined by the 2009 Cohen Commission. Mordecai says reducing aquaculture operations, or moving more of the process onto land, could be one way to help reduce the pressure on wild salmon around the province.

“So many things are affecting wild salmon, and there are not many that humans have control over,” says Mordecai. “If there’s anything we can do to change that and have one less impact, that’s something we should consider.” 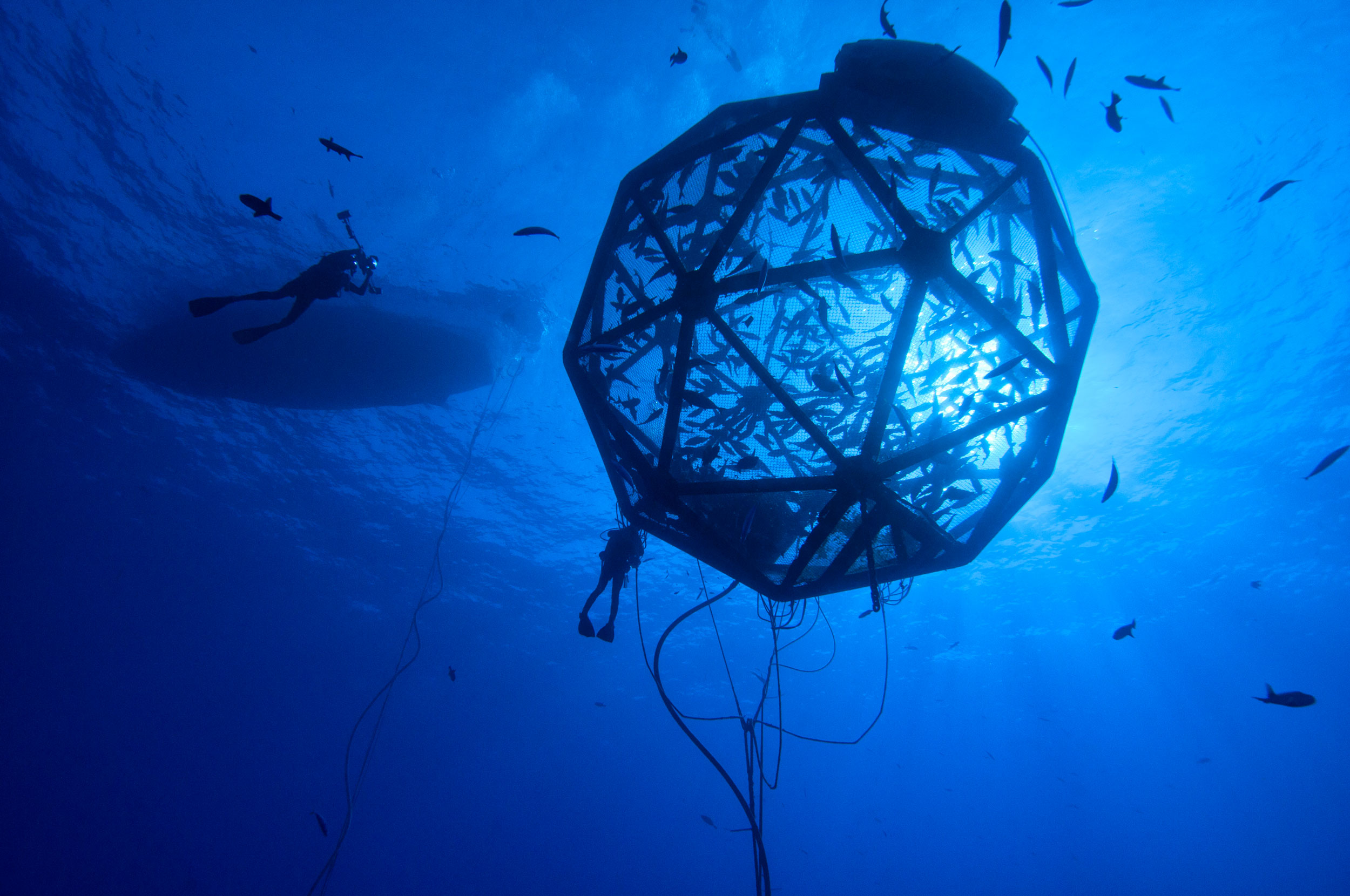