Killer whales are among the oceans’ top predators. But in Iceland, pilot whales have them running scared. Photo by Filipa Samarra

Filipa Samarra could hear the pilot whales before she could see them. In 2015, out on the choppy waters off southern Iceland, Samarra and her research team were eavesdropping on a group of killer whales. She listened as they pipped, squealed, and clicked when suddenly her ears were filled with high-pitched whistling. “Then the killer whales just went silent,” says Samarra, a biologist and lead investigator of the Icelandic Orca Project. As the whistling grew stronger a group of pilot whales came into view, and the killer whales seemed to turn and swim away.

“It’s quite unusual because the killer whale is this top predator,” says Anna Selbmann, a doctoral candidate at the University of Iceland who is supervised by Samarra. “It’s very unusual that they’re afraid of anything—or seemingly afraid.”

Interactions between killer and pilot whales have only been scientifically documented a few times, and Samarra is among the first scientists to have observed this behavior in Iceland. Since the 2015 encounter, she’s seen similar interactions around 20 times. 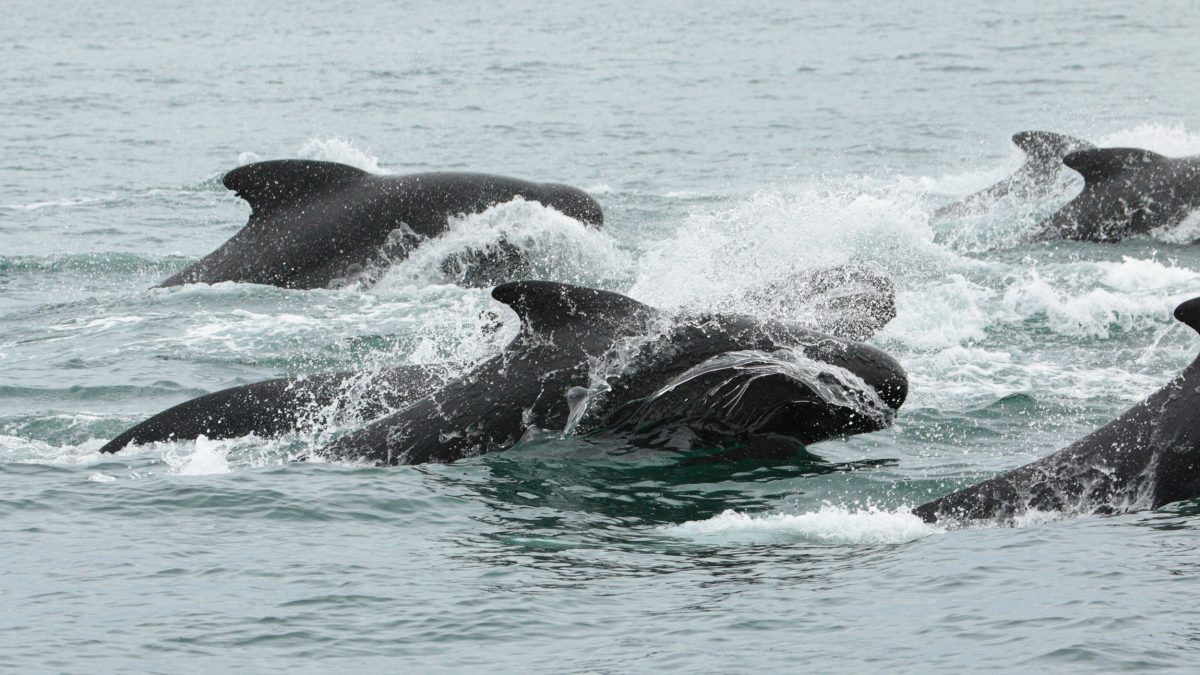 Iceland’s pilot whales may be assuming that the killer whales in the area, which mostly eat herring, are a threat, and acting to drive them away. Photo by IOP/Katarína Klementisová

Selbmann says in the majority of the interactions documented around Iceland, killer whales seem to avoid pilot whales. Occasionally things will get heated and the pilot whales will chase the killer whales at high speeds, with both species porpoising out of the water.

“One of the big questions that we have is understanding the variability,” says Samarra. “We don’t really understand what are the contextual factors that drive their response being different sometimes.”

Previous research offers up two possible explanations for what the researchers were seeing. One, the killer whales and pilot whales were competing for prey. To Selbmann, this is possible but unlikely, because these Icelandic killer whales mostly eat herring, while pilot whales in the area are thought to mostly eat squid. 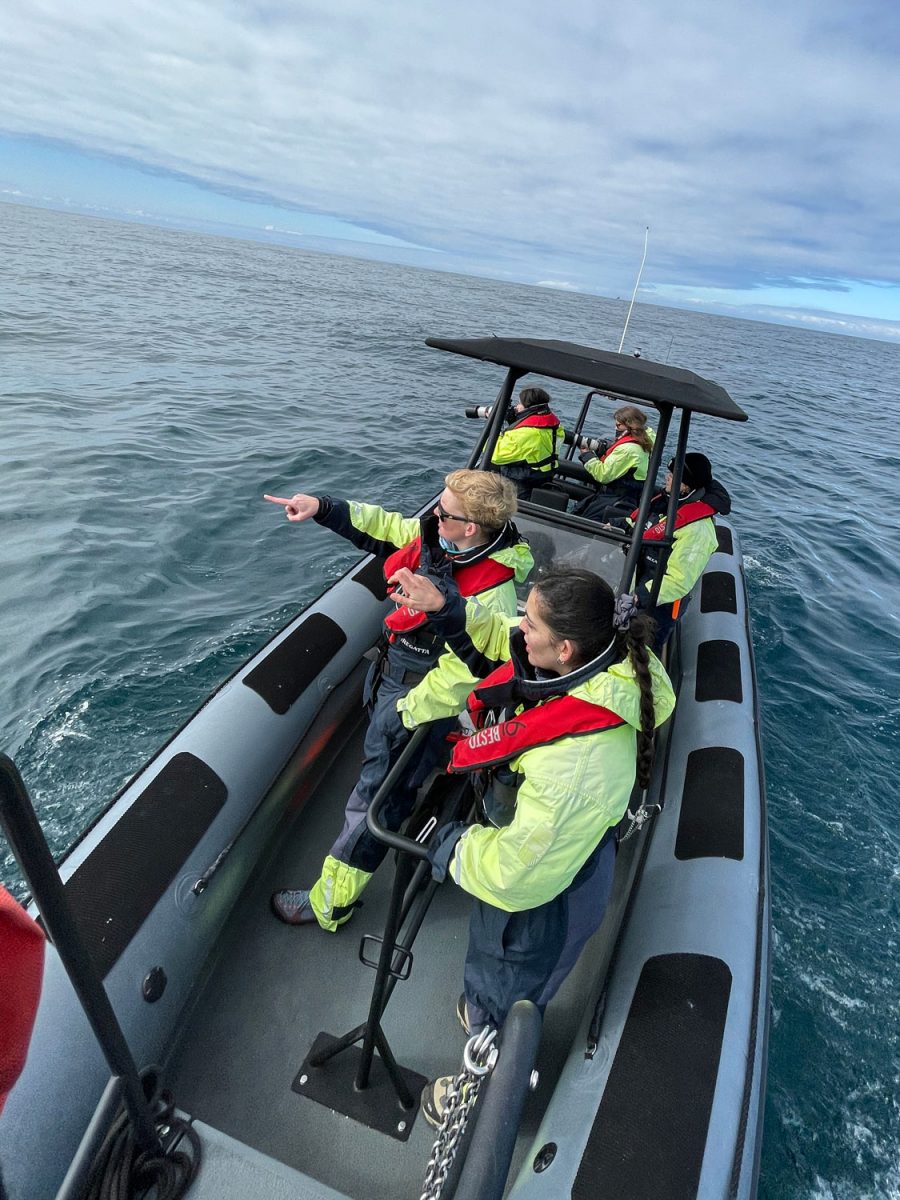 “The other theory is that it’s anti-predator mobbing behavior,” explains Selbmann. “A lot of animals mob their predators to rob them of the element of surprise. For example, meerkats will throw sand at snakes.” But even this explanation isn’t ideal, Selbmann says, considering the killer whales aren’t known to eat the smaller pilot whales. “They’re not really a threat to pilot whales,” she says.

But Selbmann says it’s possible that the pilot whales didn’t know the killer whales weren’t a threat. In other parts of the world, killer whales do feed on smaller whales such as minkes, belugas, and narwhals, and are even known to chase down larger baleen whales. Perhaps the pilot whales are viewing them as a threat, and responding accordingly.

Steve Ferguson, a marine mammal ecologist at the University of Manitoba who is not involved with the research, says that the sightings are unusual because in so many other places killer whales are a top predator, and other smaller cetaceans tend to avoid them. However, there have been a few accounts of smaller prey species attacking the killer whales back. Researchers are beginning to pay more attention to the unusual interactions between different cetacean species, Ferguson says, noting which are capable of defending themselves against attack, and which become aggressive toward predators. Already, scientists have noticed other odd cases—such as how humpback whales seem to defend other whales against killer whale attacks.

To gain insight into what could be driving the interactions, Selbmann and Samarra are performing acoustic playback experiments. Previous research conducted in Norway showed that when scientists played the sound of killer whales to pilot whales, the pilot whales swam straight toward the sounds and swarmed the researchers’ boat. “Now we want to test the reverse,” says Selbmann. “Are the killer whales avoiding the pilot whale sounds?”

Selbmann and Samarra spent this past summer broadcasting pilot whale recordings at killer whales equipped with tracking tags. So far they’ve conducted their experiment on four killer whales, and while the pilot whale calls didn’t immediately scare them off, a few of the killer whales did swim away. But Samarra cautioned it’s difficult to know what’s really going on without a closer analysis. “It seems something has changed in this ecosystem,” Sarmarra says.