This image, from a Soviet whaling ship, was snapped in 1954. Even though there were some regulations in place, Soviet whalers illegally hunted thousands and thousands of whales. Photo by Popperfoto/Getty Images

In 1972, on board a Soviet whaling ship, a crew member was holding a small party to celebrate his absent wife’s birthday. It was a ruse, but he needed a way to distract the fleet’s Japanese observer from the dead blue whale being hauled on deck and cut into chunks.

The Japanese observer was familiar with the business of whaling, having previously worked on Japanese fleets in the Antarctic. But it was the first time he had been on board with the Soviets. This year, he was working in the North Pacific, tasked with ensuring Soviet whalers followed international guidelines set out by the International Whaling Commission (IWC).

And on this day, the observer failed to notice the illegally caught blue whale, or was voluntarily ignorant as he swilled vodka.

The incident is just one of the many illegal acts by 20th century whaling nations uncovered by scientists since Soviet data became available in the 1990s. Two US National Oceanic and Atmospheric Administration scientists, Yulia Ivashchenko and Phil Clapham, have been part of the efforts to unveil the truth.

Since 2009, the pair has published a flurry of papers revealing how flawed whaling data from the last century was. Ivashchenko found many formerly classified documents in Russia’s public archives revealing the extent of the communist regime’s illegal whaling. The Soviet subterfuge left a lasting legacy on some whale populations. 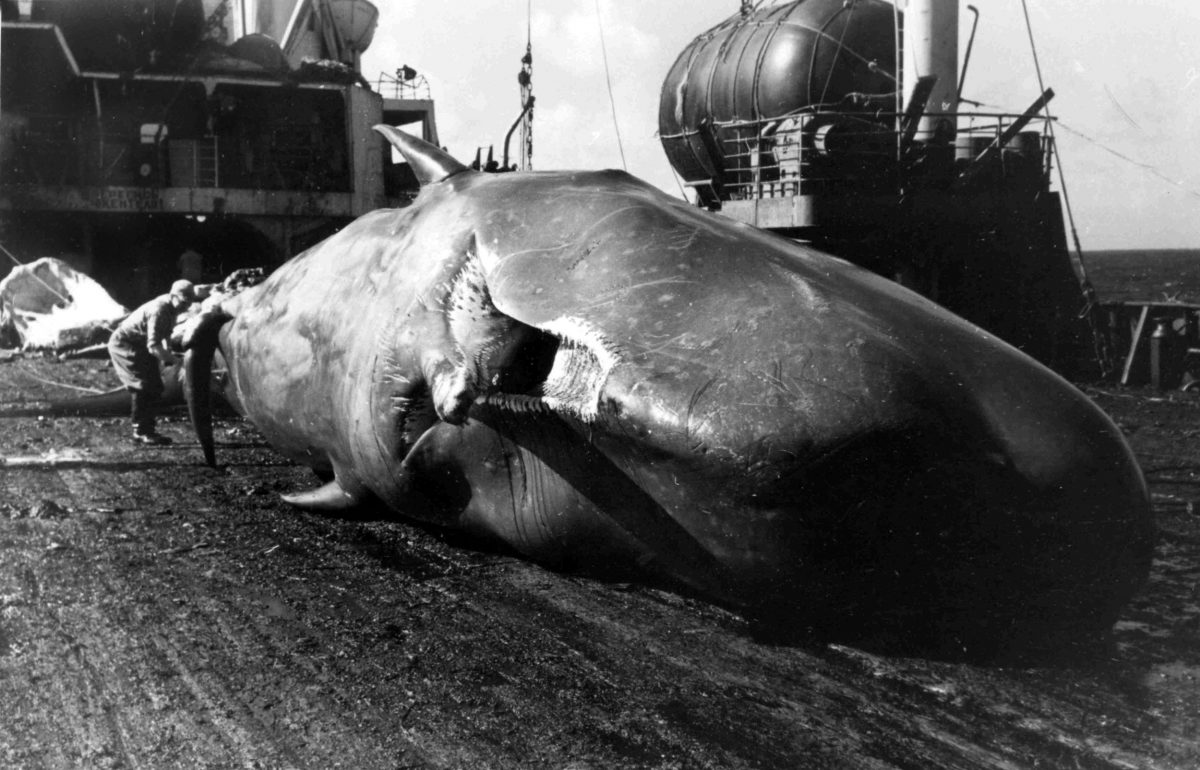 The Soviets hunted sperm whales mostly for their oil, which was valuable as an industrial lubricant. Photo courtesy of Phil Clapham

While the IWC voted to enact a moratorium on commercial whaling in 1982, the worrisome loss of whales was noticeable much earlier. In 1946, whaling nations formed the IWC and attempted to make the industry more sustainable through gradual rules, quotas, and size limits. It wasn’t working—in the following three decades, Soviet fleets secretly killed almost 180,000 whales, and in the process irreparably harmed the population of North Pacific right whales.

In 1972, the IWC implemented the International Observer Scheme, in which an observer was placed on every whaling fleet. The belief was that such a scheme would prevent illegal whaling for good. But, as Ivashchenko and Clapham discovered, during the first year of implementation, the Soviets illegally hunted and killed at least 17 blue whales.

A Soviet whaling fleet ran like a well-oiled machine, consisting of one giant factory ship, and 15 to 25 catcher vessels equipped with harpoons. Smaller and faster, these boats orbited the main ship until they found a whale. If they caught one that was off limits—like a blue whale, an undersized whale, or a lactating female—the hunters would radio the mother ship, giving the crew time to distract the observer. They only needed enough time to remove the head, cut off the meat, and strip out the bones and organs. 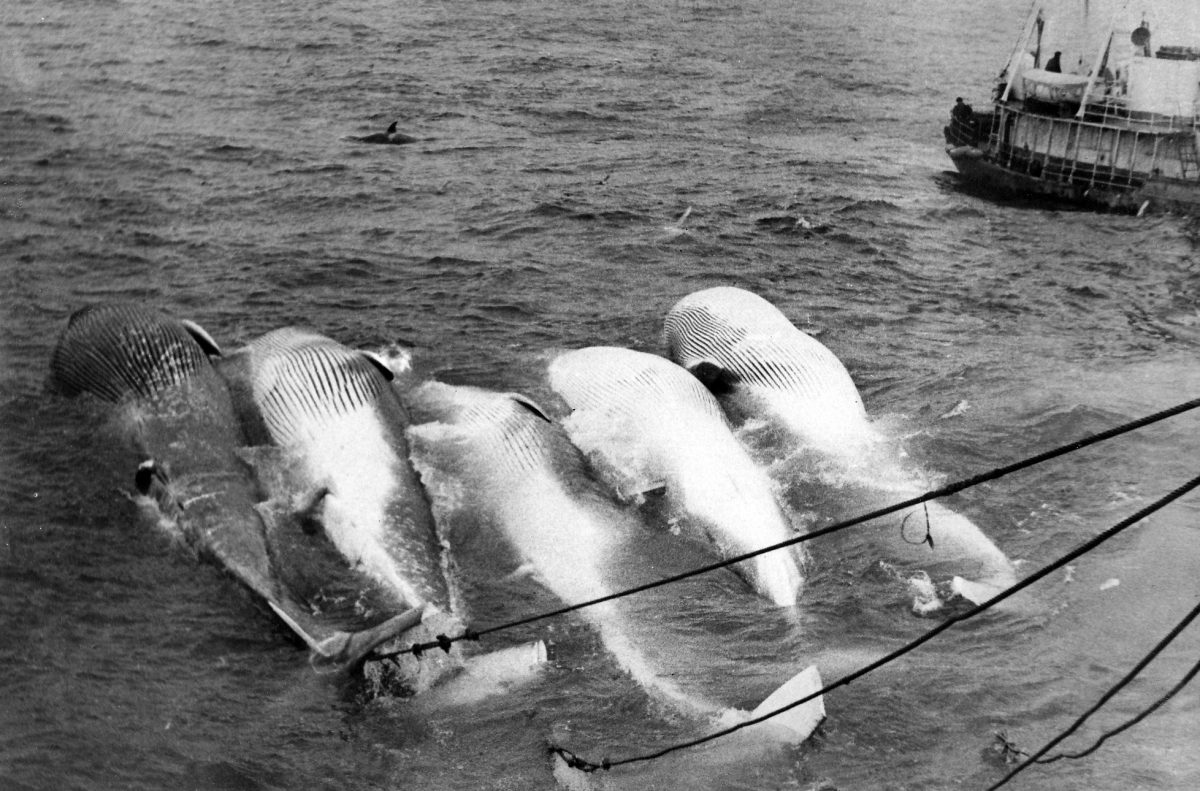 Five fin whales await butchering off the side of a Soviet whale-hunting vessel. Photo courtesy of Phil Clapham

“They just needed half an hour to make sure the inspector was somewhere inside and nowhere near the landing deck,” said Ivashchenko. For the overworked observers—charged with overseeing operations 24 hours a day—a fake celebration with an open bottle of vodka often did the trick.

There is also evidence that the observers were sometimes complicit in the illegal activity, frequently taking three undersized whales, illegal under the IWC rules, and recording them as two larger whales. “They would do it like a football score. The Japanese observer would say, ‘So what’s the score?’ And the crew would say, ‘It’s 3-2,’” says Clapham. He notes that this is unsurprising, given that the Soviets were supplying the Japanese with whale meat at the time.

Researchers continue to tally the true number of whales killed during the wild days of industrial whaling. In the past few years, Ivashchenko and Clapham have turned their sights to Japanese records and they’ve already uncovered evidence that this whaling nation also falsified data. It’s sometimes grim business keeping score.