For the indigenous Iñupiaq who live along Alaska’s Kotzebue Sound, beluga whales have been a dietary staple for thousands of years. But from a population in the tens-of-thousands in the mid-1990s, beluga whale numbers have since plummeted for reasons that are still unclear. The Iñupiaq still hunt for some beluga each spring, but the population has yet to recover from its collapse. Now, new research is suggesting a previously overlooked possibility as to why there has been no recovery: killer whales.

Killer whales eat belugas. Though they aren’t new to Kotzebue Sound, killer whales seem to be sticking around for longer, and hunting more, as Arctic sea ice disappears. Anthropogenic climate change means that Iñupiaq hunters like Willie Goodwin have a lot more competition on northwestern Alaska’s windswept waters, some 50 kilometers north of the Arctic Circle.

In 2013, a group of researchers traveled to Kotzebue, a city of about 3,000 people on the coast of Kotzebue Sound, to study belugas using underwater microphones and audio analysis. But instead of belugas, says marine biologist Manuel Castellote, they found killer whales. When they analyzed the audio from their three microphones, which recorded for nearly 70 days, they found belugas only three times. Killer whales, on the other hand, were recorded nearly every day.

“We detected more killer whales than we expected,” says Castellote, a researcher at the US National Oceanic and Atmospheric Administration’s National Marine Mammal Laboratory. “That was a surprise, both from the local knowledge, and the [existing] scientific studies.”

Castellote’s findings were presented at the Alaska Marine Science Symposium in late January. 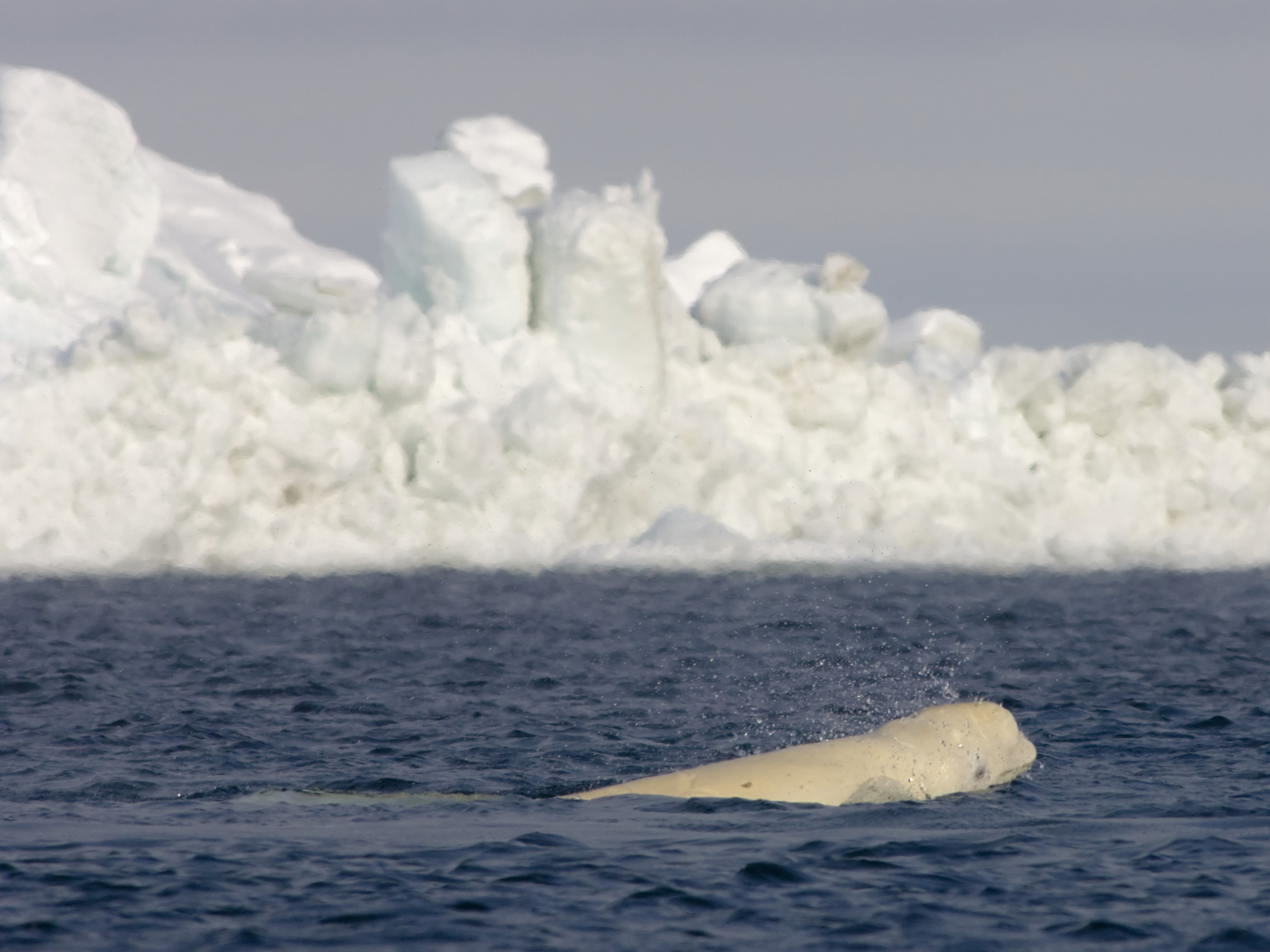 Historically, killer whales have stayed near the open ocean, says Raymond Lee, a beluga hunter in Buckland, a village near the confluence of the Buckland River and Kotzebue Sound, some 120 kilometers southeast of Kotzebue. But in recent years, the killer whales have been pushing farther inland. “They go up our river a little ways now,” Lee says. “I don’t know if they’re looking for belugas, or if they’re looking for the seals. I have no idea.”

Even for Lee, a 48-year-old hunter who has spent his life on the water, the cetaceans are a formidable sight. “They fly out of the water with their whole body, going real fast,” he says of the killer whales. “I never did see them in action like that. I slow down and stop my boat—that’s what they say you’re supposed to do. You can see the whole stripe in front of their face, and you can see their fins, five or six feet [1.5 or 1.8 meters] tall.”

Traditionally, Iñupiaq hunters took to the ice in the spring to hunt beluga, hauling the animals back to their villages where the meat and fat would be distributed among community members. For many modern indigenous communities in Alaska, subsistence hunting and traditional foods remain a vital link to their history and culture.

“We always had beluga out there,” Goodwin says. “But now we hardly see any.” He thinks the killer whales’ increasingly bold incursions are at least partly to blame.

Castellote says there is evidence that the killer whales’ presence in Kotzebue Sound is affecting more than the belugas’ population size. He thinks the predators are also changing the whales’ behavior. His audio recordings suggest the whales have become less conversational (to avoid unwanted killer whale attention, he thinks). The whales also seem to be moving into shallower waters—away from the killer whales, but toward the Iñupiaq hunters.

“That could indicate that belugas prefer to be hunted and shot to death by hunters, rather than to be eaten alive by killer whales,” Castellote suggests.

“The truth is,” he adds, “I don’t think we have a clear answer. But I don’t think there is another region where a top predator has changed its presence in such a way like we have seen here in Kotzebue.”

The killer whale’s presence may change part of the traditional Iñupiaq way of life. But “no matter what happens,” Goodwin says, “we’re going to adapt.”

“We’re going to adjust to the situations on hand. Our people have been adapting to change for thousands of years, and we’ll do it again.”