On a hazy hot morning in May, a naked man makes a dash for the shrubs of the Nizzanim Nature Reserve, Israel’s last remaining stretch of near-virgin sand dunes. This portly sun worshipper is just one of the more unusual species that finds a niche on the brush-covered, wind-blown expanse, which spans 18 square kilometers along the Mediterranean coast between the cities of Ashdod and Ashkelon. The protected dunes are home to a range of rare desert species, including 37 different types of beetles, one species of endangered sand lizard, a Bedouin flock of sheep and goats, a dwindling herd of lithe gazelles, and the wide-eyed, reddish-brown Anderson’s gerbil.

Nizzanim has survived virtually intact since the establishment of the State of Israel in 1948. But it’s now under threat, primarily from a new master plan released by the city of Ashdod. It gives the go-ahead to build on adjacent dunes, breaking a long-standing agreement with local environmentalists.

But the dunes are not yet doomed.

Chief defender of the dunes is Pua Bar, head of the Department of Geography and Environmental Development at Ben-Gurion University of the Negev in Beer-Sheva, Israel. Bar, whose Hebrew name literally means “midwife of the wild,” has spent the past 16 years monitoring and fighting for the flora and fauna of Nizzanim. “It’s the only sand dune of its type in Israel—the only one similar to what it was like before the establishment of the country,” she says. But convincing citizens to care about “an ugly gerbil” is an uphill struggle.

Born in 1951 in Tel Aviv, Bar grew up in the central coastal city of Rishon LeZion, where she remembers playing as a child among the flower-covered dunes. “Nowadays, there is no sign to tell you that [it] was once an area of dunes. Everything is flat,” she says. Rishon LeZion has no dunes, only lawns.

That could be the story of most of the country’s 190-kilometer coastline: about two-thirds of Israel’s sand dunes have disappeared to development since 1948, and half of the remaining dunes are being degraded by invasive species such as acacia. Some two-thirds of Israel’s soaring population—8.68 million strong, with a birth rate that is the highest in the developed world—lives along the coast.

Construction is booming, and Nizzanim is now under threat. And not just from the Ashdod master plan: on weekends, roving four-wheelers smash dune vegetation, leaving behind bare sand. Cats and dogs, brought in range of the dunes by encroaching owners, feed on the native rodents. 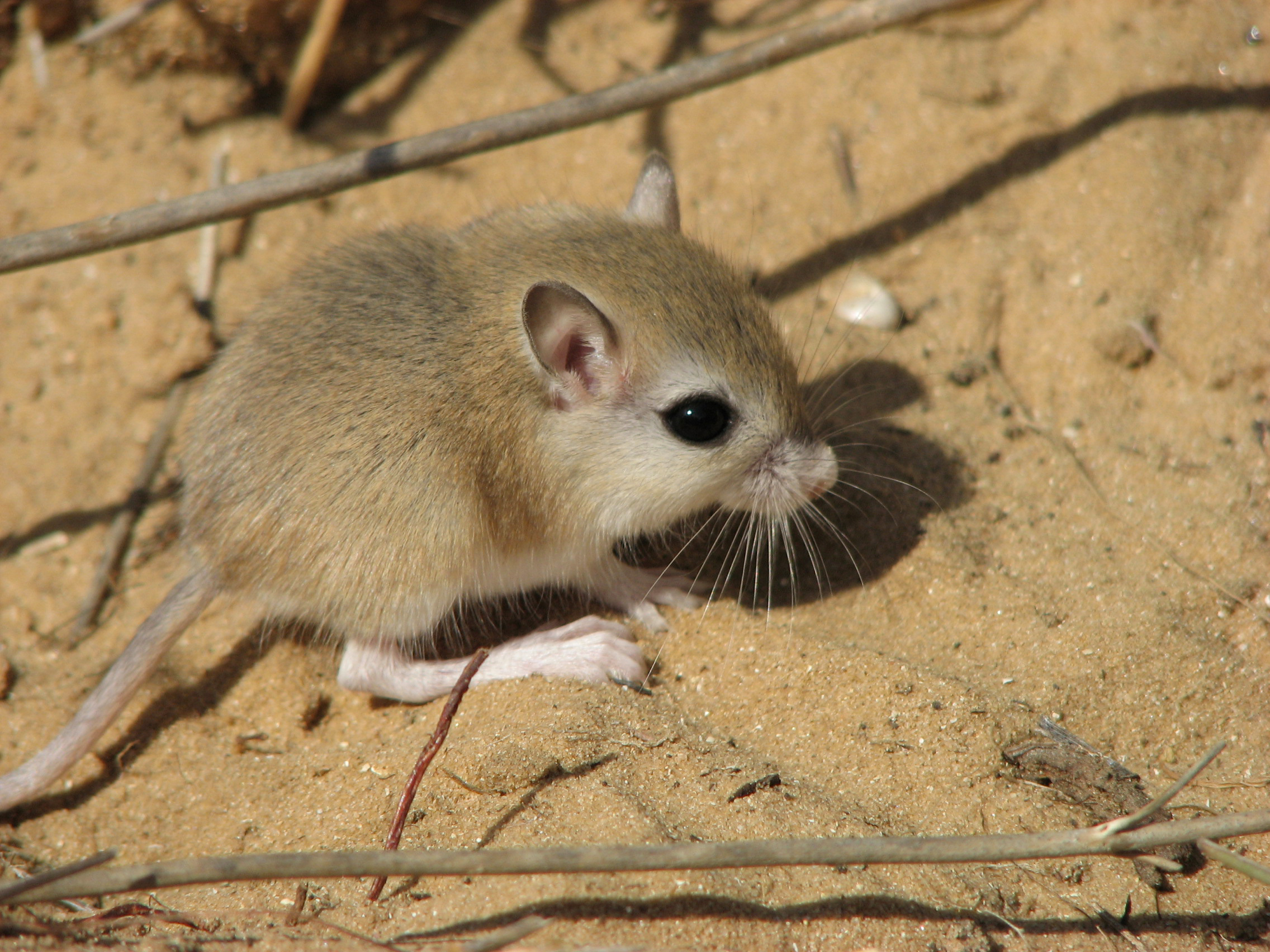 The Anderson’s gerbil is one of the species that needs the habitat of the threatened Nizzanim Nature Reserve on Israel’s coast. Photo courtesy of Pua Bar

Nizzanim has never been entirely untouched. For at least 200 years, Bar explains, nomadic Bedouins built huts and fences out of Artemisia monosperma, a bitter-tasting dwarf shrub found on the dunes and in the Sinai desert. They also burned the shrub as firewood. The Bedouins planted grapes, pomegranate, and olive trees, and their herds of sheep and goats trampled the sand, preventing the stabilization of the dunes. Aerial photographs from 1944 show that vegetation covered less than five percent of the area.

But after almost seven decades of protection, up to 80 percent of Nizzanim has reverted to shrub-friendly, crust-covered stabilized or semi-stabilized dunes. The shrub-free, sparsely-covered mobile dunes created by Bedouins, however, continue to exist and are also part of Bar’s preservation project since they are valuable habitat for some rare dune species.

To keep the mobile dune intact, her team keeps tabs on overzealous plants, such as Artemisia. Bar and her colleagues have tried a number of tactics to protect the balance of mobile dunes. One summer, they brought in a herd of camels to eat the shrubs—though the grazers avoided the Artemisia. In other areas of the reserve, they’ve used bulldozers to uproot shrubs. The results have been encouraging, with increases in sand-dwelling species such as the greater Egyptian gerbil, and Scarites striatus, a rare and endangered beetle found only on mobile sand dunes.

But Ashdod’s expansion may cause irreparable damage, and Bar’s considerable efforts are at risk of being undone.

In September 2016, according to Shai Tachnai of the environmental group the Society for the Protection of Nature in Israel, the city of Ashdod reneged on a 1996 agreement that would have preserved four square kilometers of coastal sand dunes within the city boundaries as a nature reserve. The Ashdod municipality claims that the land is needed for a high-tech and academic campus, and surrounding housing. “We’re petitioning ministers and members of the Knesset [Israel’s parliament] in the hope that they will put pressure on the mayor of Ashdod,” Tachnai says. “We’re using all the tools we have at our disposal—the media, the courts, planning committees—and we’re not giving up, because we have very few sand dunes like this that survive. And as the dunes shrink, the animals face greater distress.”

It’s not just animals that are distressed; Bar laments the lack of understanding that allows the paving of this lovely expanse. “Not enough people are bothered about the fact that we are destroying the landscape,” she says. “We know almost nothing about the majority of the species here, and we have many things to discover and to study. We are losing everything without knowing that these things were here.”

Despite the ongoing turmoil in Ashdod’s city hall, Bar will continue in her efforts to preserve the wilderness of Nizzanim for her country, for the wild plants and animals, and perhaps even for nude sunbathers.