Keiko, the killer whale made famous in the movie Free Willy, swims in an oceanic pen in Iceland. Photo by ZUMA Press, Inc./Alamy Stock Photo

There are 24 killer whales living in captivity in aquariums across North America, and approximately 30 more worldwide. For tourists and wide-eyed children, these captive whales are a wonder they may otherwise never see. But for a growing contingent of the public, concern for the whales’ well-being means that even one in captivity is too many. In response to this backlash and changing sense of morality, many aquariums are slowly phasing out their captive breeding programs and live shows, and are redesigning their whale enclosures. But environmental groups say it’s not enough.

Yet releasing the whales into the ocean is not an option. Some whales were captured from the wild, but many were born in tanks and have never seen the waves beyond the walls. The Whale Sanctuary Project believes it has a better solution: oceanic enclosures where whales can spend their retirement years, a kind of halfway house between captivity and the wild.

“We know that these animals don’t do well in concrete tanks,” says Lori Marino, executive director of the Whale Sanctuary Project and former science director of the Nonhuman Rights Project.

The research on the lifespans of captive whales compared to those in the wild is contentious, but there is other concerning data. Marino points to the cause of death for many captive whales: pneumonia and other chronic infections caused by weak immune systems. Taku, a killer whale held at SeaWorld San Antonio, died after contracting West Nile virus from mosquito bites, likely because his shallow tanks forced him to spend time at or near the surface, making him more vulnerable. And one study on bottlenose dolphins showed smaller tanks led to higher levels of stress hormones. (Killer whales are the largest members of the dolphin family.)

So Marino wants to put the captive whales back into the ocean—at least to an extent. From a short list of sites in Washington State, British Columbia, Nova Scotia, and Maine, Marino and her colleagues at the Whale Sanctuary Project intend to build the world’s first permanent killer whale sanctuary. 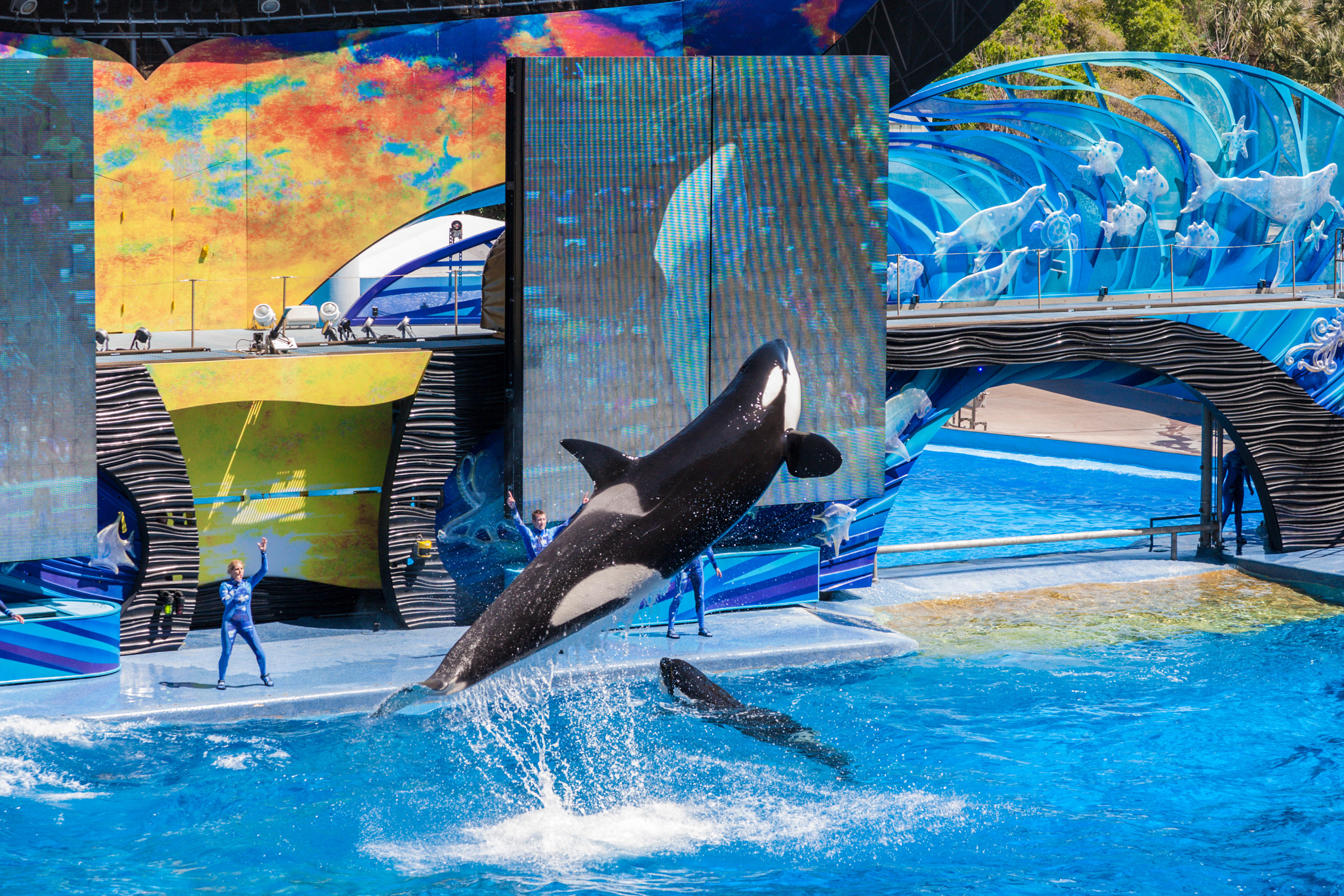 The sanctuary will be in a cove or a bay and be at least 0.6 square kilometers in area and walled off by 15-centimeter mesh nets. That’s an area about the size of a rugby field and is significantly larger than most whale enclosures. The site will have veterinary facilities on shore, staff to care for the whales 24/7, and the ability to subdivide the enclosure to quarantine sick whales or to separate those that are not getting along. Since the whales will be unable to hunt, the caretakers will provide frozen fish.

All told, Marino projects the sanctuary will cost approximately US $20-million to build; she hopes ongoing costs will be covered by endowments, donations, and the sale of educational materials.

This kind of enclosure is not a new concept. The US Navy has kept dolphins, sea lions, killer whales, and other marine mammals in captivity in sea pens in California. The National Aquarium in Baltimore, Maryland, also plans to build a sea enclosure for its dolphins by 2020. And before Keiko—the killer whale of Free Willy fame—returned to the wild, he lived in a temporary enclosure in a cove in Iceland.

Charles Vinick, a board member of the Whale Sanctuary Project and the chief engineer of Keiko’s Iceland enclosure, says many of the details of the proposed sanctuary will depend on which site is eventually selected, but the site will need to meet some criteria. The enclosure will need to be at least 15 meters deep through most of the area, and have cool water, good circulation, and high water quality without runoff from human activities such as logging.

Vinick acknowledges that there will be challenges and unknowns, including how the slightly-less-captive whales will interact with truly wild populations.

In Iceland, wild killer whales were rare near Keiko’s enclosure. “The wild whales didn’t come into the bay,” Vinick says. “When they did, they swam by. We had hydrophones in the water, we didn’t notice any extensive curiosity about the whale on the inside.” Still, he says the data collected in Iceland wasn’t conclusive. As a precaution, they would want the new sanctuary to be away from commonly used killer whale stomping grounds.

Another concern is what new pathogens the whales will encounter in—or introduce to—their new ecosystem.

“We don’t know,” Marino acknowledges. “It’s a risk.” She says that’s why the site needs monitoring and good tidal flushing.

Harald Yurk, a behavioral ecologist and bioacoustician at JASCO Applied Sciences who analyzed Keiko’s vocalizations before his release, appreciates the idea of the sanctuaries, but worries that moving killer whales from a familiar environment into an unfamiliar one may create its own kind of stress.

Animals released from a tank may react the same way as humans getting out of prison after long sentences. “They may be, simply, frightened,” he says. Whales accustomed to training, shows, and other interactions, however unnatural, may find the change in routine or lack of interaction stressful. Yurk says caretakers will need to monitor the whales to ensure they’re moving, using their new space, and vocalizing—all signs of a happy whale.

So far, the reactions from aquariums to the sanctuary project have been lukewarm at best. Mark Simmons, a former SeaWorld trainer and author of Killing Keiko, called the plan “oversimplified and emotional” in an opinion story in the San Diego Tribune.

The Vancouver Aquarium has not yet taken an official position.

Marino says the aquariums’ silence is understandable, but that she’s still hoping to have a productive dialogue once the site for the first enclosure has been selected—a decision they expect to make in 2017. She says in the end, both parties want to do what is best for whales.

The public has been concerned about captive whale well-being since they were first captured in the 1960s and ’70s, Marino says, but now that sentiment is backed up with data. “It is long past opinion.”