More than 20 years ago, the population of chinook salmon near British Columbia’s Vancouver Island plummeted. The decline hit salmon-eating killer whales hard and the populations of both northern and southern resident killer whales fell in suit. But for these salmon-eating specialists, death wasn’t the only consequence. A new study reveals the dramatic drop in chinook salmon numbers has had a long-term effect on the northern resident killer whales that survived the famine. In particular, killer whales that were in their prime growth periods in the 1990s—from birth until 15 years old for females, and into their 20s for males—have grown up to be significantly smaller than older whales.

The finding is the result of research conducted by John Durban, a senior scientist with Southall Environmental Associates, and his colleagues. Every August from 2014 to 2017, Durban and his team used drones to photograph northern resident killer whales. By measuring the whales’ lengths and matching their photos to known individuals, the scientists found that, on average, whales that grew up in the 1990s are more than 40 centimeters shorter than older whales. This is likely because the shorter whales did not get enough food to meet their nutritional needs, Durban says. 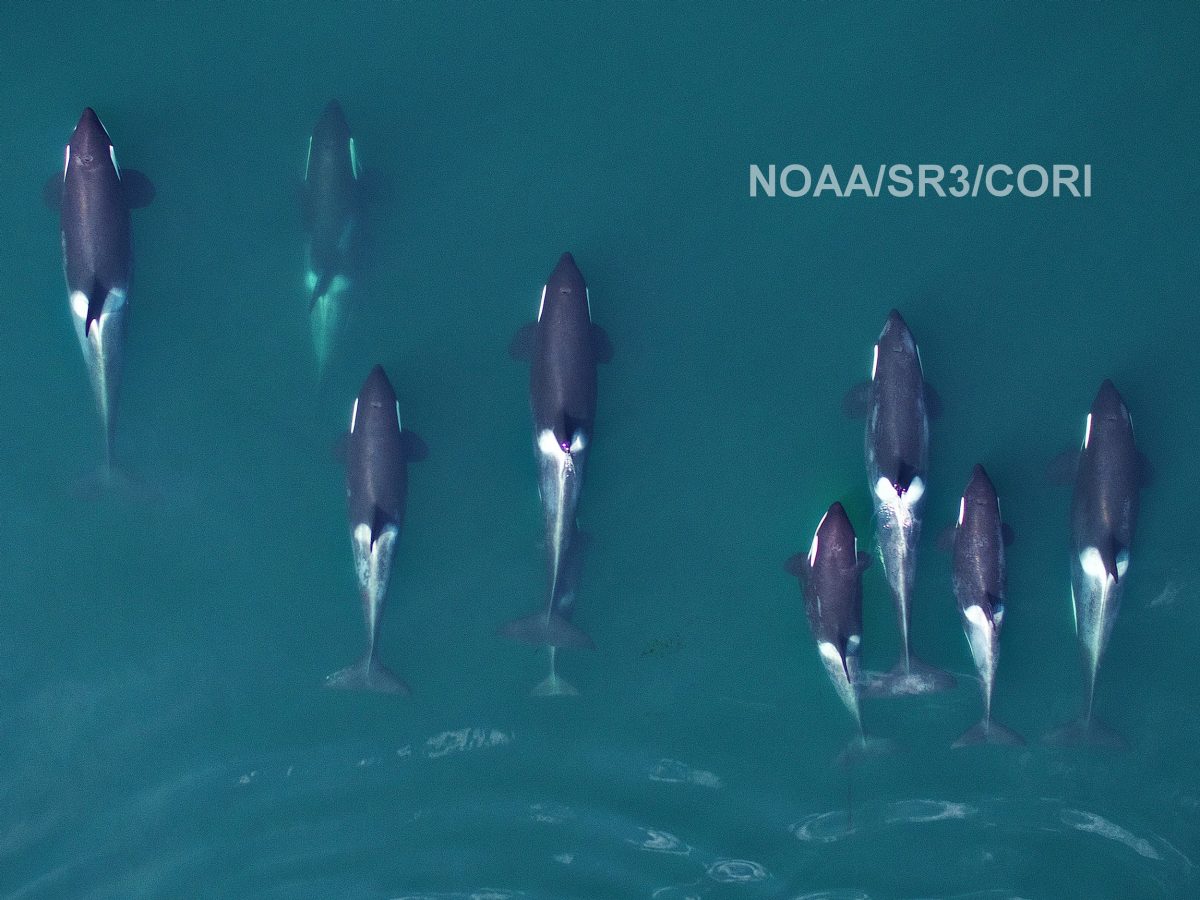 This aerial photograph of northern resident killer whales was taken off northern Vancouver Island, British Columbia, with a custom scientific hexacopter drone at more than 30 meters altitude. This image and others were combined with altitude data to estimate individual lengths and patterns of growth in the population. Image by John Durban (NOAA), Holly Fearnbach (SR3), and Lance Barrett-Lennard (Coastal Ocean Research Institute), working under a research permit from Fisheries and Oceans Canada and flight authorization from Transport Canada

Eric Hertz, a data analyst from the Pacific Salmon Foundation who was not part of the study, says the marine environment in the area shifted dramatically around 1989 and “things went from being fairly good for salmon to fairly bad.” Changing oceanographic conditions limited the availability of food for juvenile salmon, which hampered their survival. With fewer salmon returning to the coast, the killer whales suffered.

This finding of northern residents’ reduced body sizes supports previous research on critically endangered southern resident killer whales. Southern residents that were going through a growth spurt in the 1990s also grew smaller. “It adds weight to the idea that it is a very real phenomenon,” says Durban.

How this reduced body size affects wild animals is hard to predict, but Durban suspects that for the southern residents at least it may be contributing to their low reproductive success in recent years. “Presumably smaller body size isn’t optimal for them,” he adds.