In Northern California, fishers and farmers are fighting about what’s to blame for the shrinking population of chinook salmon. Photo by ZUMA Press Inc/Alamy Stock Photo

The largest estuary on the United States’ west coast isn’t safe for baby salmon. Chinook salmon once thrived in the Sacramento and San Joaquin Rivers in Northern California, with spawning runs that nearly clogged the rivers. But over the past four decades, the waterways have changed. Today, as the juveniles born in the rivers’ upper reaches migrate toward the ocean, the finger-sized fish face high odds of being eaten by bigger fish, including the voracious striped bass.

This non-native species, first introduced to California in 1879, has recently become the subject of a heated debate. Some people—especially Northern California’s agriculturalists—are calling for population control of the popular game fish. Striped bass, they say, are a main cause of the salmon’s decline.

Fishermen and scientists, however, say farmers have played a larger role in the salmon’s decline than striped bass.

These nearly opposite ways of interpreting the same information mark a political division between two camps. On one side are scientists and fishery proponents, on the other side are farmers, and at stake in their disagreement is primarily one thing: water.

Fish need water. So do farmers. And in the 1970s, the rate at which California’s farmers were diverting water from the estuary began to exceed biologically sustainable levels, says Peter Moyle, a biologist at the University of California, Davis. Around the same time, the populations of several native fish species began to slip.

Moyle and other scientists say the conversion of riverside acreage into farmland has eliminated much of the floodplain habitat that is so important for small salmon. It has also turned the waterways, once extremely productive and rich in aquatic life, into relatively sterile, fast-moving channels constrained between levee walls. 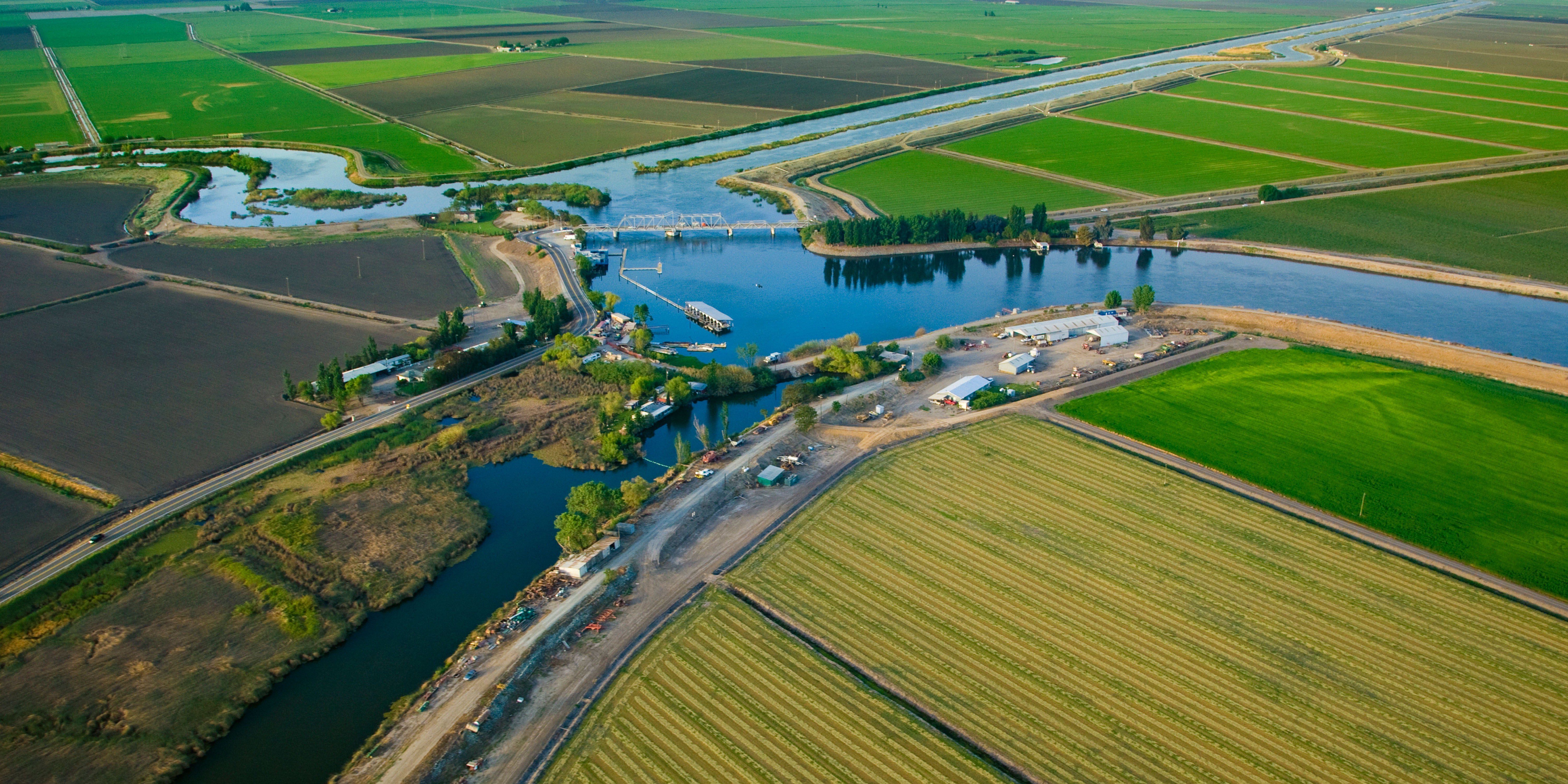 Since the 1990s, the state and US federal governments have passed laws restricting how much water farmers could pump during certain months. Despite two decades of curtailed water access, fish numbers—especially those of winter-run chinook salmon and delta smelt—remain critically low. The way the farmers see it, the regulations aren’t doing any good while causing them economic grief.

“There’s been no identifiable benefit for native species in the delta from the restrictions on pumping,” says Gayle Holman, a spokeswoman for Westlands Water District, a local government entity that supplies water to farmers.

Farm lobbyists have suggested fishery and water management agencies—like the California Department of Fish and Wildlife, the US National Oceanic and Atmospheric Administration, and the US Bureau of Reclamation—take alternative approaches to reviving salmon runs, including reducing striped bass numbers. Members of the US Congress have also come forward with proposals aimed at culling predators.

Mike Wade, executive director of the California Farm Water Coalition, an organization representing farmers statewide, says correlations between fish declines and increased water diversions do not prove one was caused by the other. He says many adverse conditions in rivers and at sea, including water pollution and overfishing, have affected salmon.

Many biologists recognize that reduced marine upwelling and poor ocean productivity were at play in the years just prior to a massive salmon population crash from 2007 to 2010, when chinook numbers plunged so far that the ocean fishery was shut down.

Predators are also a problem in the salmon’s inland habitat that Wade says has not received enough attention.

Scientists agree with some of the farmers’ points.

But Moyle feels the agriculture industry is taking an unscientific reverse approach to addressing the decline of salmon and other native species. He says that from the start their objective has been to prove water diversions are not affecting fish.

“If you can prove the decline is being caused by striped bass, then you can argue that the delta doesn’t need more water,” Moyle says.

Moyle says that when the delta estuary was less developed, striped bass and native species lived in balance. Now, striped bass are among the many delta fish species in decline.

“They coexisted with salmon for decades and were never a problem until they started ramping up the water diversions [in the early 1970s],” says Bill Jennings, executive director of California Sportfishing Protection Alliance.

As many as four million adult striped bass lived in the San Francisco Bay and delta in the 1970s, according to striped bass expert David Ostrach, an independent researcher formerly with the University of California, Davis. Their numbers have plunged, with as few as a quarter million remaining today.

Jennings says natural salmon runs (those not supported by hatcheries) have simultaneously crashed by more than 90 percent.

Sean Hayes, a biologist with the US National Oceanic and Atmospheric Administration, has conducted research on baby salmon in the San Joaquin River. He says that in some parts of the river, virtually all of his test subjects were eaten by striped bass.

But Hayes’s conclusion is not that striped bass are overwhelming the salmon. Instead, he says that unnatural modifications to the river’s topography, such as debris and pier pilings, have created ambush points where striped bass and other predatory fish may easily hide and pick off young salmon carried past by the currents. Salmon mortality is exceptionally high at these so-called “predation hotspots,” Hayes says.

He says restoring floodplain habitat would give young salmon better odds of survival by allowing them to sneak past such danger zones. Additionally, he says, the estuary must be left with adequate flows of water.

“Removing the bass from the ecosystem isn’t a fix,” Hayes says.