The Asian tiger mosquito is responsible for spreading a range of deadly diseases. Photo by Ito Toshikazu/Nature Production/Minden Pictures

Like most islands visited by humans over the past few hundred years, Palmyra Atoll was once home to tens of thousands of introduced rats. But an intensive campaign by biologists from the Nature Conservancy (TNC) and the US Fish and Wildlife Service (USFWS) has rendered the island rat-free.

Yet in doing away with Palmyra’s furry pests, the scientists inadvertently rid the islands of another persistent scourge—the introduced Asian tiger mosquito, Aedes albopictus. It’s the first documented case of a mosquito being wiped out by eradicating its mammalian host, and the discovery points an intriguing way forward in the long-running war to control mosquito-borne diseases.

Palmyra Atoll is a cluster of more than 20 islets surrounding a central lagoon, roughly 1,500 kilometers southwest of Hawai‘i. There has never been a permanent human community on the atoll, but American sealing and surveying ships began to visit as early as 1802. The rats likely made landfall around the Second World War, when the United States started using the atoll as an airstrip.

The rats ruled Palmyra until 2003, when TNC and USFWS, together with several governmental and academic partners, first tried to eradicate them using poisoned bait on the forest floor. Alex Wegmann, who now leads TNC’s Palmyra program, says the attempt was well intentioned, though ultimately unsuccessful. The rodenticide managed to kill 90 percent of the rats, but it wasn’t enough, he says. All it takes is a single surviving pregnant female or one mating pair, and the rats can quickly re-establish. By 2004, the rats were back in force.

After seven years of planning, the scientists launched their second attempt in 2011. They sprayed rodenticide from helicopters and shot it into the forest canopy using slingshots. In just 30 days, they killed every rat on the island.

“I struggled with that project,” Wegmann says. “I have 30,000 rat souls on my conscience. I’m a conservation biologist. I didn’t get into this to kill animals.”

But their thoroughness meant he and his colleagues could avoid having to kill another 30,000 a few years later. 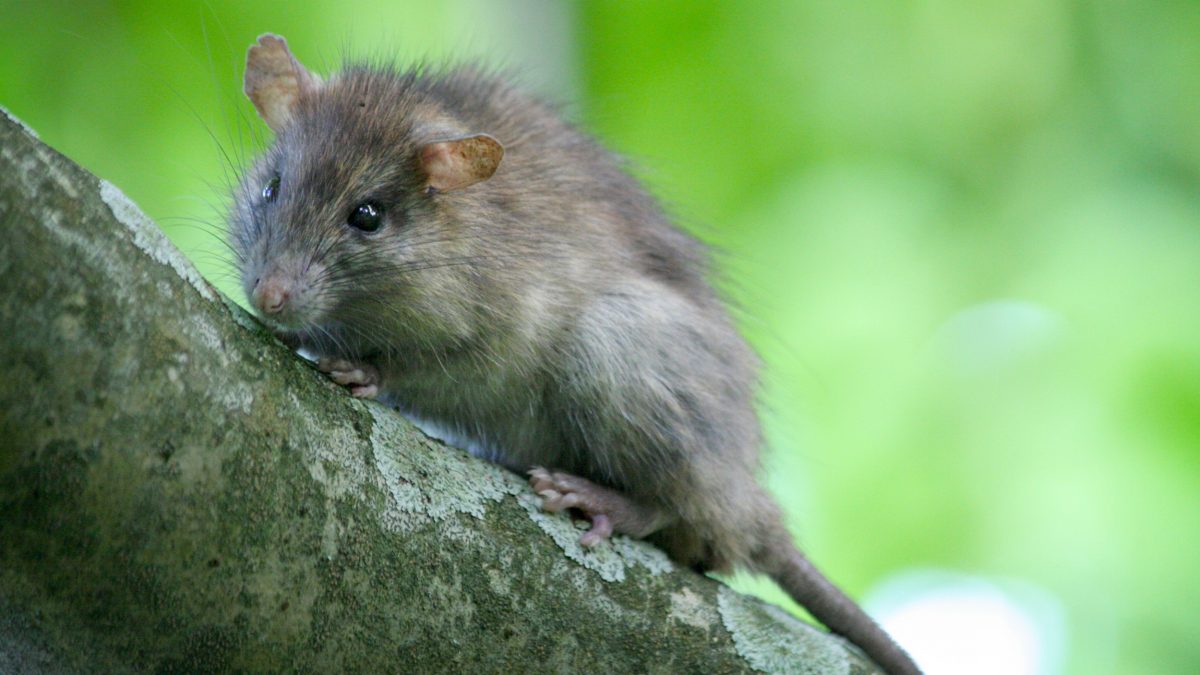 Introduced rats were the main food source for the Asian tiger mosquitos, so by killing them off, the scientists inadvertently wiped out the mosquitos, too. Photo by Hillary Young

Now, seven years after the rat eradication, the atoll has been revived. Geckos, ants, and cockroaches, once competitors with rats for food (and occasionally rat prey), now scurry around the islands with renewed vigor. Land crabs have resumed their rightful spot as top predators on the atoll. Tree seeds and seedlings can take root without being gobbled up by hungry rodents. Ground-nesting seabirds lay their eggs in peace.

Most of those post-eradication consequences were expected, but the disappearance of the Aedes albopictus mosquito was a complete surprise, Wegmann says. It was only after researchers noticed they were no longer being bitten—at least during the day, when Aedes is active—that they realized the mosquitos were gone.

It took another two years after the rat eradication to prove that the deadly mosquito—which can carry yellow, Rift Valley, and dengue fevers, as well as chikungunya and zika viruses, among other diseases—had indeed disappeared, says Hillary Young, the University of California, Santa Barbara ecologist who led the monitoring project.

But the project got Young thinking: if killing rats was such an effective way to get rid of the islands’ Aedes mosquitos, perhaps it opens a new avenue for controlling mosquitoes and mosquito-borne diseases elsewhere. Most mosquito control strategies rely on eliminating their breeding habitats or administering poisons; though now banned in many countries, DDT was once used. But what if killing or controlling the mosquitoes’ mammalian hosts—which are often easier to find and eliminate—was actually a viable way to reduce their populations?

“For the most part, that just isn’t a [strategy] we’ve given much attention to,” she says.

Oregon State University disease ecologist Taal Levi, who wasn’t involved in the research, agrees the approach may show promise. “We have a bunch of mathematical models for mosquito-borne pathogens, and they tend to assume that mosquito populations are really driven by things like habitat,” he says.

The presence of standing water, for instance, is thought to drive mosquito numbers, because it offers good breeding habitat. The models, along with most mosquito researchers, assume that host populations do not limit mosquito abundance. Young’s discovery suggests this assumption ought to be reconsidered.

Granted, most of the world is not remote islands. And controlling host populations won’t work in places where mosquitos primarily prey on people. But the tactic could still prove valuable elsewhere, Young says.

There are areas much larger than Palmyra Atoll, such as New Zealand, Young says, where officials could “knock out enough mammals and do enough extensive mosquito treatments for a short period of time” to make a big difference in mosquito populations.

Ultimately, Wegmann sees genetic strategies, such as the use of gene drives, as the path forward for mosquito control. Until then, host management may prove a useful technique for limiting the spread of mosquito-borne illnesses. “You maybe don’t need to go so far as [total rat] eradication,” says Wegmann. “Rodent control can be done in concert with disease vector control programs.”