A man swims through a toxic cyanobacteria bloom in Qingdao city, China. Picture this, but ... more. Photo by Imaginechina/Corbis

It’s been called the worst time in the history of life on Earth: during the “Great Dying,” 252 million years ago, at least 80 percent of all life went extinct in a geological blink of an eye. The end-Permian extinction was the worst of the five known mass extinctions, and many of the iconic marine creatures of the time—ammonites, trilobites, crinoids—plunged dramatically in population or went extinct.

But the end-Permian extinction wasn’t all about death. It was also about life—in the form of a giant plankton bloom that may have flourished as the ocean’s chemistry went haywire.

For more than two decades, scientists have been piecing together a picture of what happened at the end of the Permian. During that time, the world’s oceans were starved of oxygen and poisoned with sulfur. Occasionally, they may have let out a giant belch of warming methane, even as enormous volcanic eruptions roared across Siberia.

Wanting to take a closer look at the environmental changes that were taking place around the time of the mass extinction, Schobben and his colleagues went to northwestern Iran. There, the scientists unearthed rocks that had once been sediment on the bottom of the Permian ocean.

Back in the laboratory, they ran geochemical tests on the rocks, hunting for signs of microbes that “breathe” sulfur instead of oxygen, like the bacteria and archaea that fill the modern Black Sea with hydrogen sulfide. And the scientists found evidence that these sulfur-loving microbes thrived during the end-Permian period. 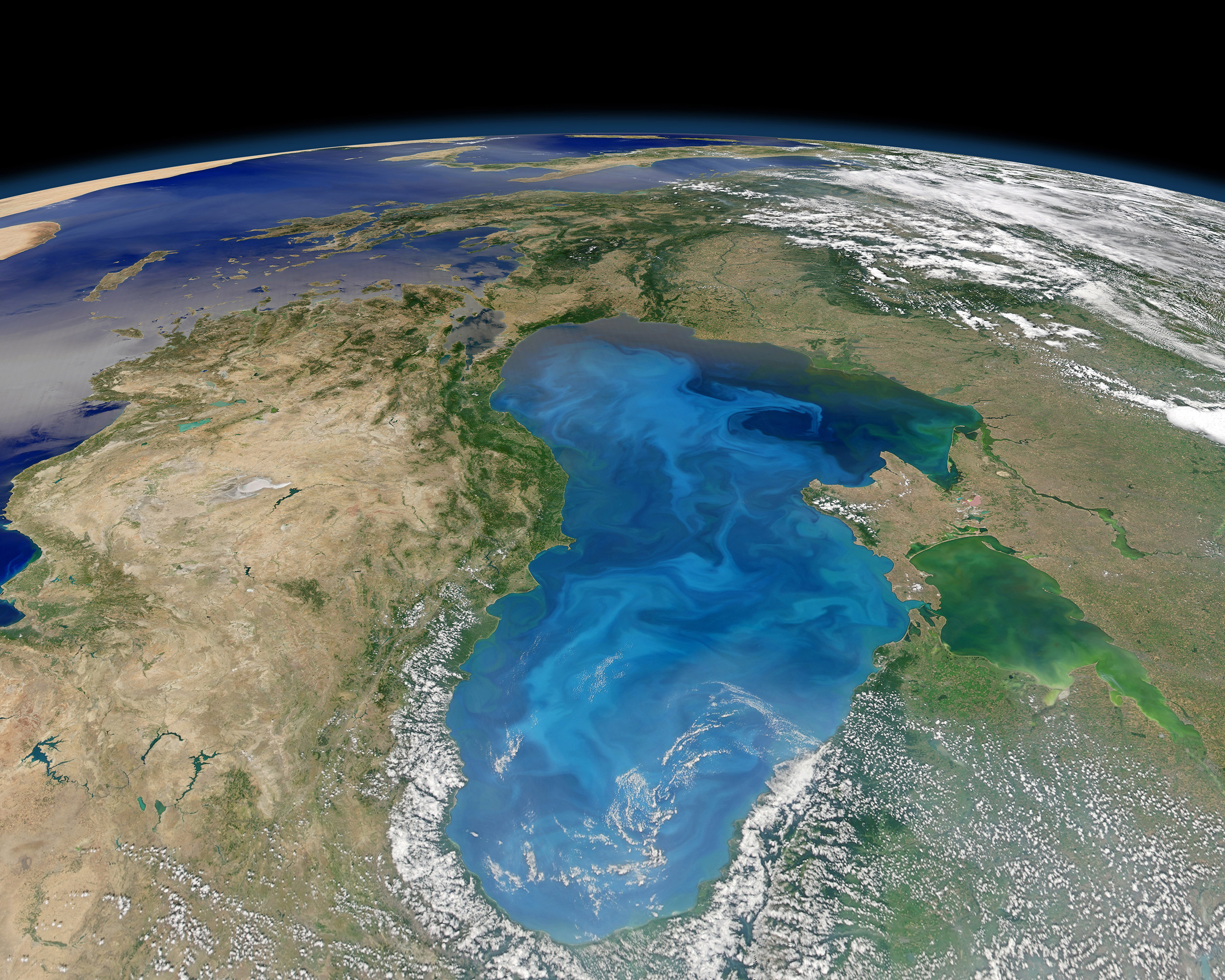 A phytoplankton bloom in the Black Sea on July 15, 2015. Photo by NASA/Corbis

Schobben’s findings slightly redraw how the Great Dying may have gone down. First, he says, global temperatures soared—perhaps because of heat-trapping carbon dioxide from those Siberian eruptions—which, in turn, caused more rain to fall. The pounding rain washed bits of rock and soil off the land and into the ocean. Along with the sediments came a rush of nutrients, which triggered a massive plankton bloom. As the plankton eventually died and drifted to the seafloor, microbes chowed down on their remains. Finally, the microbes collectively released a blast of hydrogen sulfide into the water, a toxic outburst that wiped out the ammonites, crinoids, and many other marine creatures.

The mass die-off didn’t end until the rainfall waned and material stopped washing into the oceans. Much of the iron in the water, one of the vital nutrients that would have triggered the phytoplankton bloom, combined with sulfur, precipitating out as the mineral pyrite. If this last chemical clean up hadn’t taken place, says Schobben, “the ocean today would be sterile.”

Paul Wignall, a geochemist who was not involved in the study, says the new work supports the general picture of the end-Permian that has been around for decades. “But high productivity as a cause for the extinction?” he asks skeptically. “I’d favor warming for this.”

The research may hold lessons for today’s world, Schobben says. Just as happened at the end of the Permian, nutrients washing off the continents today feed algal blooms, including some of the harmful ones that produce toxins. The scale of the Permian bloom was one unheard of today, but the underlying processes are similar. “People should think about what nutrient input into the ocean can do,” he says.

“I hope it makes people think about pushing the Earth system,” Schobben says. “When you push one button, it can cause a cascade of events that can turn harmful for life on Earth.”