Many shark species live at least part of the time in the shallows near the coast. Photo by 68/Stefano Oppo/Ocean/Corbis

Sharks get a bad rap, though sometimes for good reason. At times they can be a nuisance, or even a threat. They eat endangered seals; occasionally take a bite out of unsuspecting swimmers and surfers; and, to their own detriment, get caught in gear intended for other fish. Technology that would allow people to repel hungry sharks might save countless lives—particularly the sharks’.

Scientists and entrepreneurs have been hunting for a shark repellent since the 1940s. Various shark deterrents have been tried, with bursts of new ideas and renewed public attention coming in the wake of each shark attack. A new twist in the industry occurred in the 1980s, when researchers discovered that sharks can detect electromagnetic fields. This new understanding of shark biology fed into deterrent designs. But do the devices work? Even after all these years, scientists still aren’t sure.

One of the biggest names in the shark repellent field is Eric Stroud, a chemist and co-founder of the shark conservation group SharkDefense. Since 2001 Stroud has been searching for ways to keep sharks at bay.

Stroud’s efforts to design a shark repellent initially focused on chemicals, until one day, in November 2003, he accidentally dropped a magnet next to a tank full of sharks. “A couple of nurse sharks got up off the bottom of the tank and took off,” he says. “I wondered, did they respond to the magnet?”

Sharks can sense the weak electric fields that are generated by prey using gel-filled organs known as the ampullae of Lorenzini, which reside around their nose and mouth. The exact mechanism by which these organs work is unclear, though the most popular theory is that they work through electromagnetic induction. In most cases, a shark would be tuned to the weak magnetic fields produced by the Earth, or by moving prey. 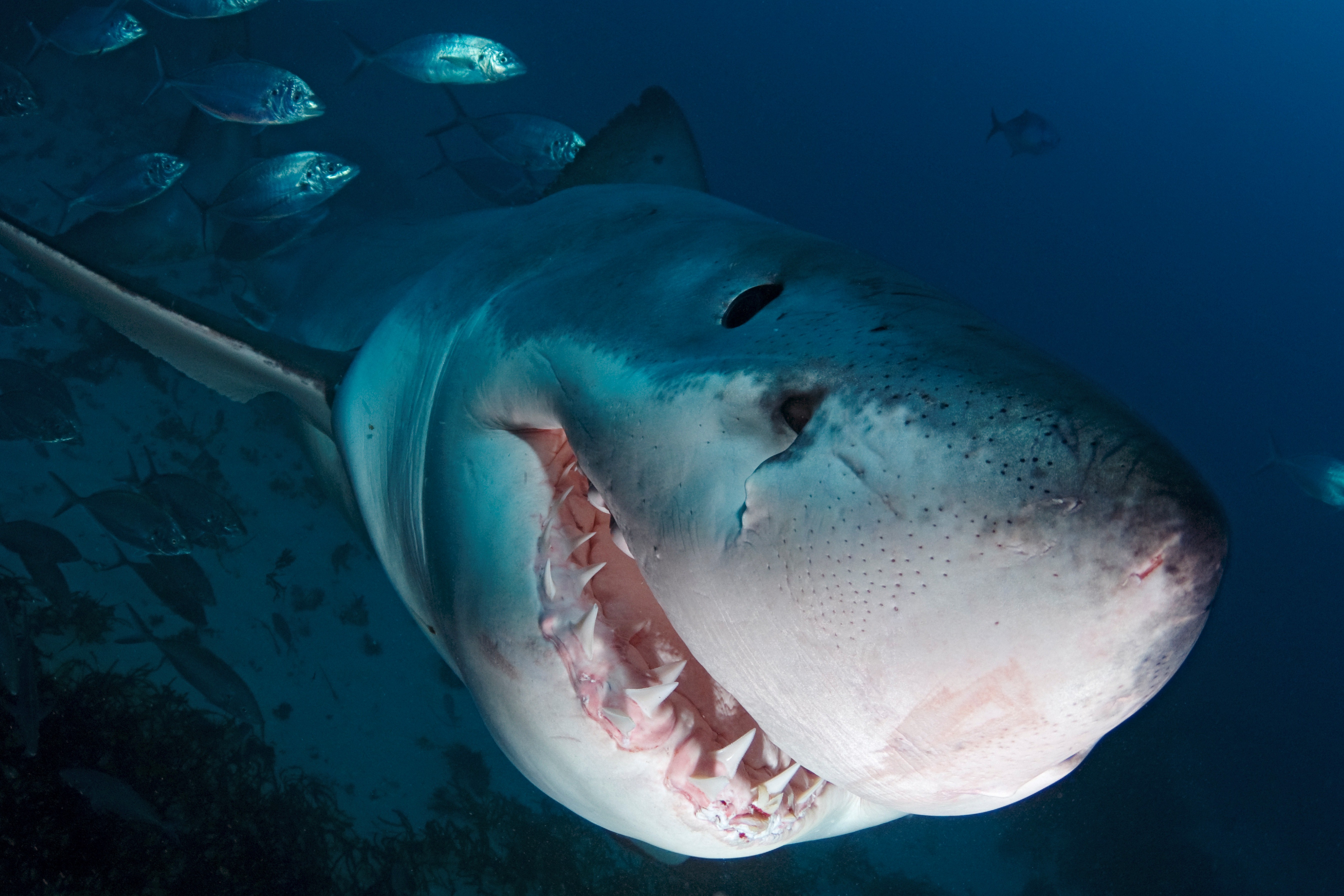 The ampullae of Lorenzini are the little black dots on this great white shark’s snout. Photo by Scubazoo/SuperStock/Corbis

To turn sharks’ magnetic sense against them, Stroud suggests that a more powerful field would overwhelm the sense and drive the sharks away. “It doesn’t take a very strong magnet, maybe just 10 to 50 times the strength of the Earth’s field,” to keep sharks away, he says.

Since his serendipitous observations, Stroud’s SharkDefense has been licensing technology that hinges on this hypothesis. One product that uses Stroud’s approach is a magnetic bracelet, sold under the name “Sharkbanz,” that people can wear around their wrist or ankle if they are going to take a dip in shark-infested waters.

While wearing one of the bracelets may give surfers and swimmers peace of mind, the question of whether the magnetic devices actually work as advertised remains unanswered, since randomized scientific trials are tricky. You can’t exactly dump a bunch of swimmers in a shark tank, give half of them bracelets, then wait to see who gets bitten. But one test by the Australian government suggests that some electronic deterrents, which operate on the same principle, have no effect.

Aside from the promise of personal protection, the other big push for magnetic repellents is in the fishing industry.

Every year around two-thirds of the roughly 100 million sharks caught and killed are discarded at sea, making accidental shark by-catch one of the main drivers of shark decline around the world, according to Bettina Saier, vice president of WWF Canada’s oceans program. It’s a particularly big problem in longline fisheries, such as those targeting tuna and swordfish. “In the Canadian longline fishery, sharks make up 30 percent of the catch by weight,” she says.

That’s a problem both for the sharks, and for the fishermen who are catching sharks instead of their favored fish. So Stroud and SharkDefense have been designing various kinds of magnetic hooks that will hopefully keep the sharks away, while having no effect on the target fish. “The magnets don’t work on other fish; they’re very selective,” says Stroud. 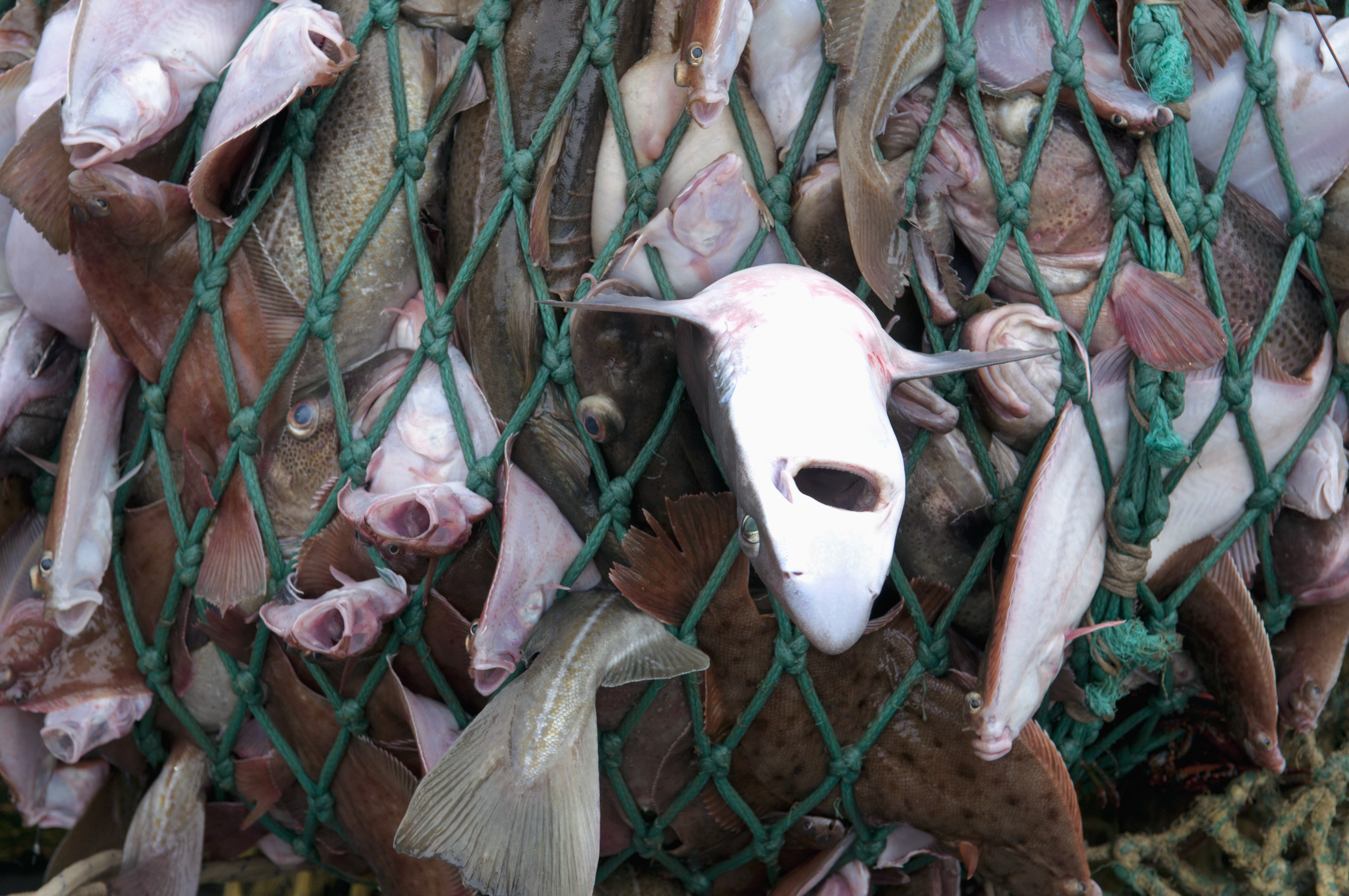 But sharks are not the only animals with ampullae of Lorenzini, and given that scientists are still unsure as to how sharks’ magnetic reception even works, it’s difficult to say definitely that the effect would, in fact, be so selective.

Of the few trials that have been conducted to study shark-repellent hooks, the results have been mixed. One experiment with magnetic hooks in the Gulf of Maine showed a 28 percent decrease in spiny dogfish catch, with a small increase in target ground fish catch. But a trial by WWF Canada in the Atlantic swordfish fishery found the hooks did not reduce the amount of blue sharks caught accidentally. Stroud says magnetic repellents may be more effective in murky waters where sharks rely more on their magnetoreception to find prey, than in clear open water where vision is more important.

With that in mind, Saier says WWF now intends to test the hooks on a bottom longline fishery for halibut, to see if they can reduce by-catch of endangered porbeagle sharks that live on the ocean floor. “Porbeagles are a more pressing conservation issue, so we hope it would be more successful there,” she says.

But not everyone is convinced that magnetic hooks will catch on in commercial fishing. John Mandelman, director of research at the New England Aquarium, says it will depend on whether the added expense and logistical issues—such as how to keep the magnetic hooks from all clumping together—make it worthwhile. “Ultimately, fishing is a results-oriented business,” he says.

Mandelman says that there is much more to learn about how various species react to magnetic fields. “It would fascinate a comparative physiologist to study why we see different responses between species and within species,” he says. But, he adds, it’s not top of the to-do list. “This is a very applied discipline,” he says. “For many people the why doesn’t matter that much.”